Top tips for having the best stag and hen party in Liverpool this summer - The Guide Liverpool
Contact Us Advertise with The Guide Our Video Services Follow us:

With restrictions on weddings finally relaxed, it’s time to start planning your stag and hen parties this summer in Liverpool.

During the lockdown, weddings were limited to just 30 people, causing many couples to postpone their big day.

Now, over a years’ worth of weddings will be soon to go ahead, as will those stag and hen celebrations.

Liverpool’s nightlife, events and entertainment industry is one of a kind, making it a fantastic place to host your stag or hen.

We spoke to Philip Gillespie from Pub Invest Group in Liverpool about how to plan the best stag and hen party in our city.

He said that Liverpool can’t wait to welcome back stags and hens from up and down the country.

Philip said: “We’re raring to go. We’ve got 30 plus venues in Liverpool city centre that cater not only to people in the city, but also a lot of people outside the city.”

Pubs you must visit 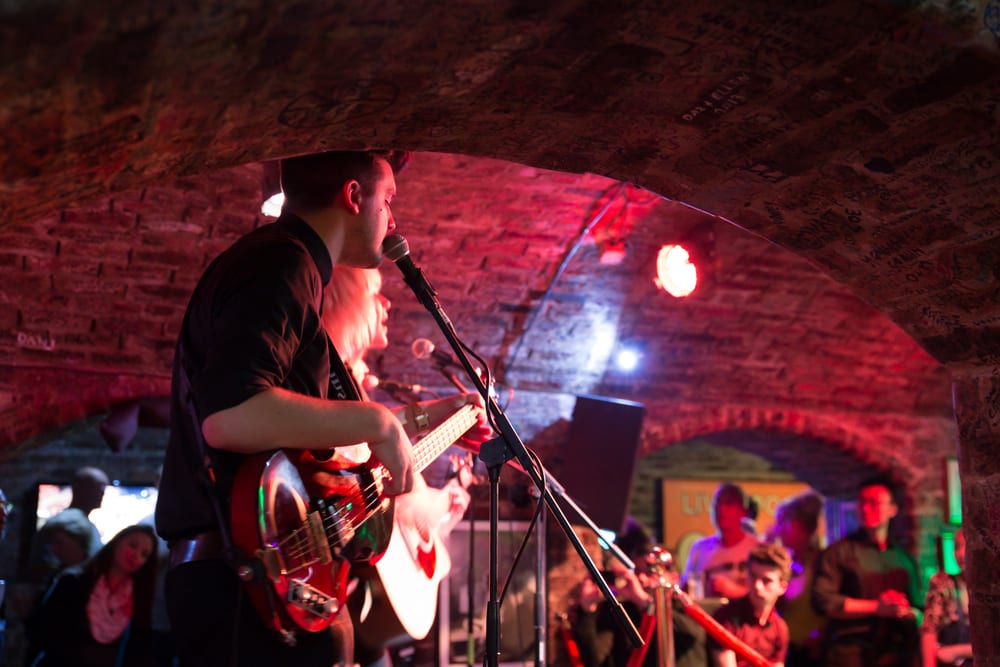 According to Philip, unlike other major cities, the geography of Liverpool’s city centre means that you are only a 5 or 10 minute walk from each ‘hub’.

This means you can start with the obligatory pint in the iconic Cavern on Matthew street before heading to Concert Square, without needing to call a Delta taxi.

Because everywhere in Liverpool is walking distance, you also don’t have to choose between a cocktail on the Docks for a cocktail, a gin in the Botanical Gardens, or a prosecco in Chavasse park.

Philip said: “It lends itself to being able to navigate the city in a much easier way.”

Although by now, you probably have a list as long as the Mersey of places to get a drink, Liverpool has plenty of fun activities too.

There are tonnes of escape rooms in the city to choose from, Virtual Reality at VRVE on Water Street and a blend of drinking and activities at Ghetto Golf on Stanhope street, and you can even take on the virtual shooting range at Point Blank on Castle Street.

Roxy Ball Room covers all of your gaming needs from beer pong, to bowling, pool and retro arcade, there are two sites in the city, one on Hanover Street and one just off Mathew Street.

If singing and dancing is at the top of your list, get booked on to a silent disco through the streets of the city, or stop in William Square for a spot of outdoor karaoke with the locals.

Where you should end up 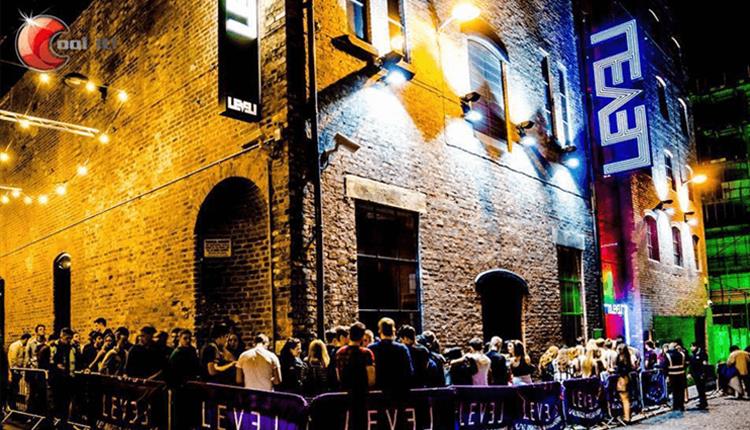 It’s been a long year of lockdowns, which Philip said has left people looking forward to freedom.

He said: “You want to be able to actually socialise properly, to talk to strangers that you’ve never met before.”

What better way to do that, than to keep the night going and head to one of Liverpool’s nightclubs.

Philip suggested going to Level: “It’s not too far away from Concert square and has three levels including a dance floor, R&B and a pop floor.”

There’s something for everyone in Liverpool, from Stanley Street’s Pride Quarter with a host of amazing LGBTQ+ bars and clubs, to ‘The Raz’ on Seel street, whose infamous ‘fat frogs’ are not for the faint hearted, Popworld reopens later this month and should definitely be on your list for a late night boogie too. 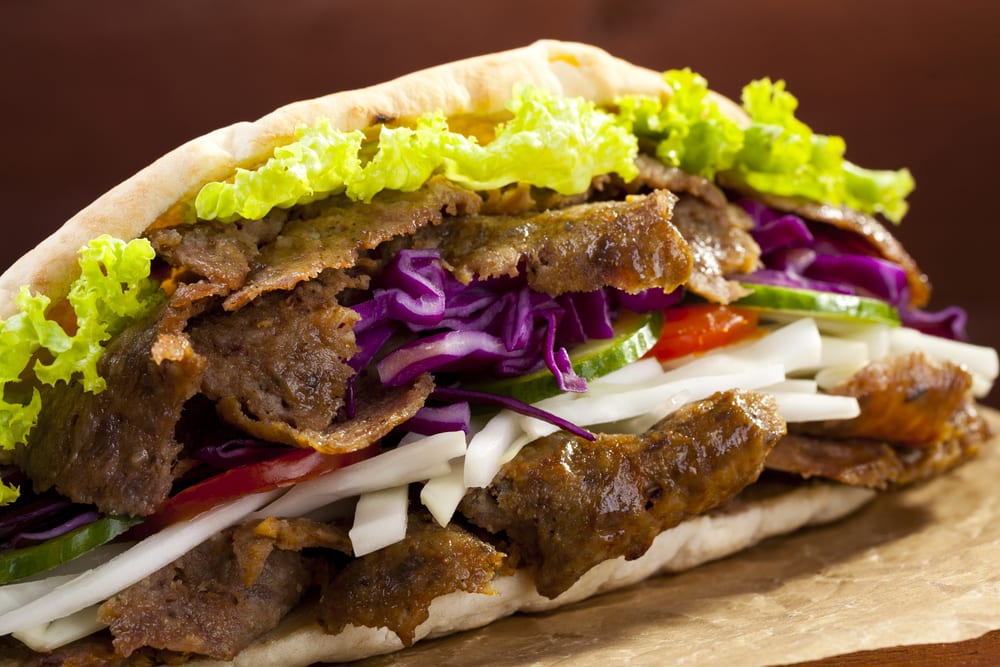 When it gets toward the end of the night, it is essential, Scouser or not, to end your night with a good takeaway.

There are plenty of late night takeaway spots on and just-off Bold Street, which will satisfy your cravings after a long night out.

However, if you really want to get the full Liverpool experience, you need to try the chips from Nabzy’s on Leece Street.

Their bag of fries with delicious ‘red salt’ dipped in a tub of chilli sauce and mayo will leave you with uncontrollable cravings until your next visit. 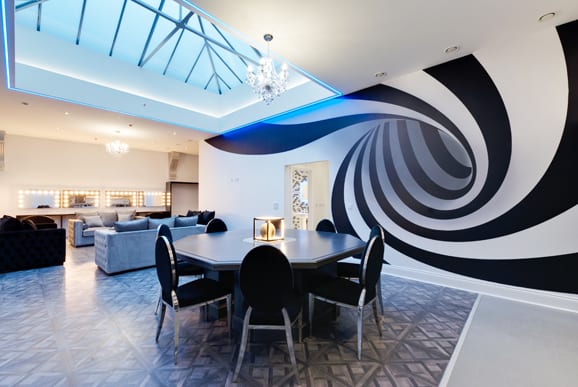 For a stag or hen, your accommodation choice is really important and luckily, there are plenty of options.

If you were hoping to stay in a hotel, Liverpool has plenty of options from the Pullman on the waterfront and Hilton Liverpool ONE , to more budget-friendly Premier Inns, boutique hotels like Lock & Key on Duke Street and even themed hotels like Hard Days Night for Beatles fans and the impressive Titanic Hotel on Stanley Dock.

However, one of the best ways to enjoy the city is by staying in an apart-hotel.

iSTAYLiverpool have luxury apartments for larger groups, or check out Infinity apartments which are set up for stags and hens.

Where to get your hangover ‘brekky’ 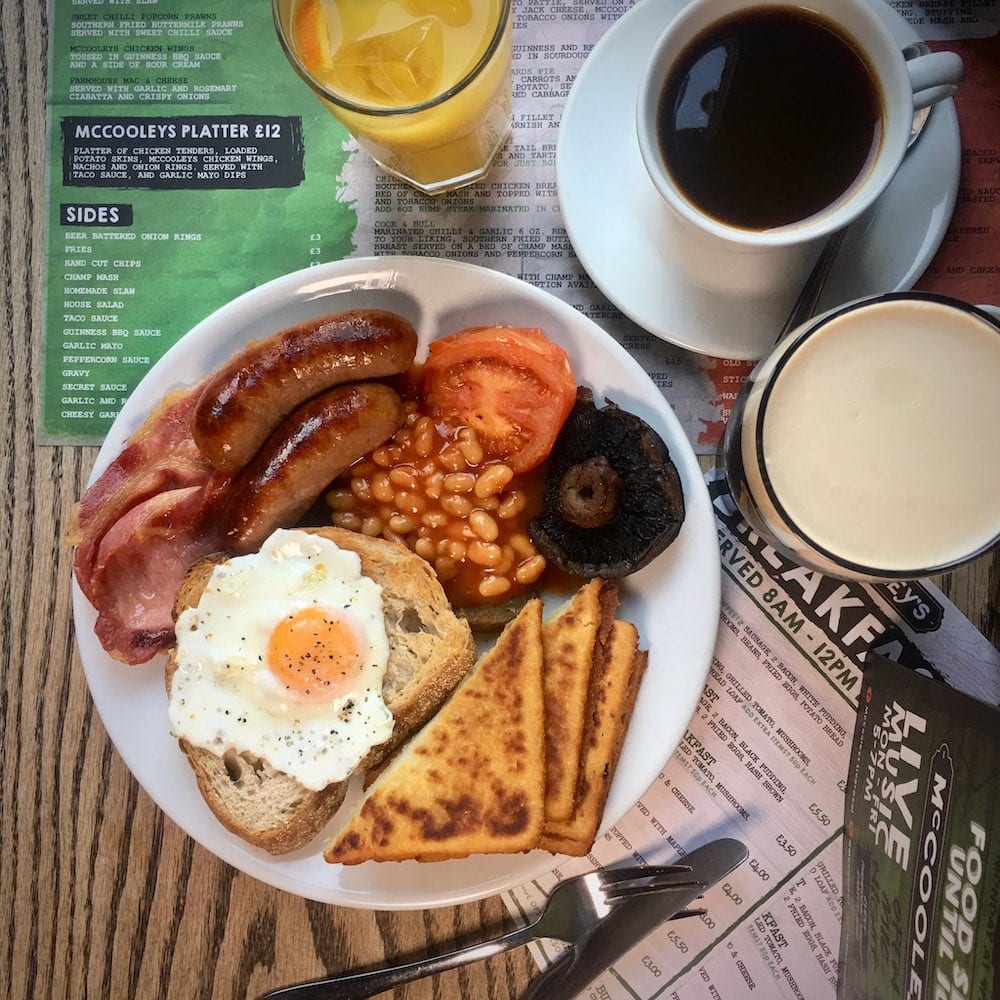 Arguably the best part of the stag or hen, is waking up from the night before and swapping stories over breakfast.

Philip said: “We can’t help the fact that you do have a good night out in Liverpool, there’s always a good anecdote.”

The best way to help you recover from the antics from the night before is to start your day with a good Full English Breakfast.

Shiraz Place does a great Full English, there’s Moose Coffee for something a little different, and for football and a pint with your breakfast, there’s no place better than McCooleys.

How to get about 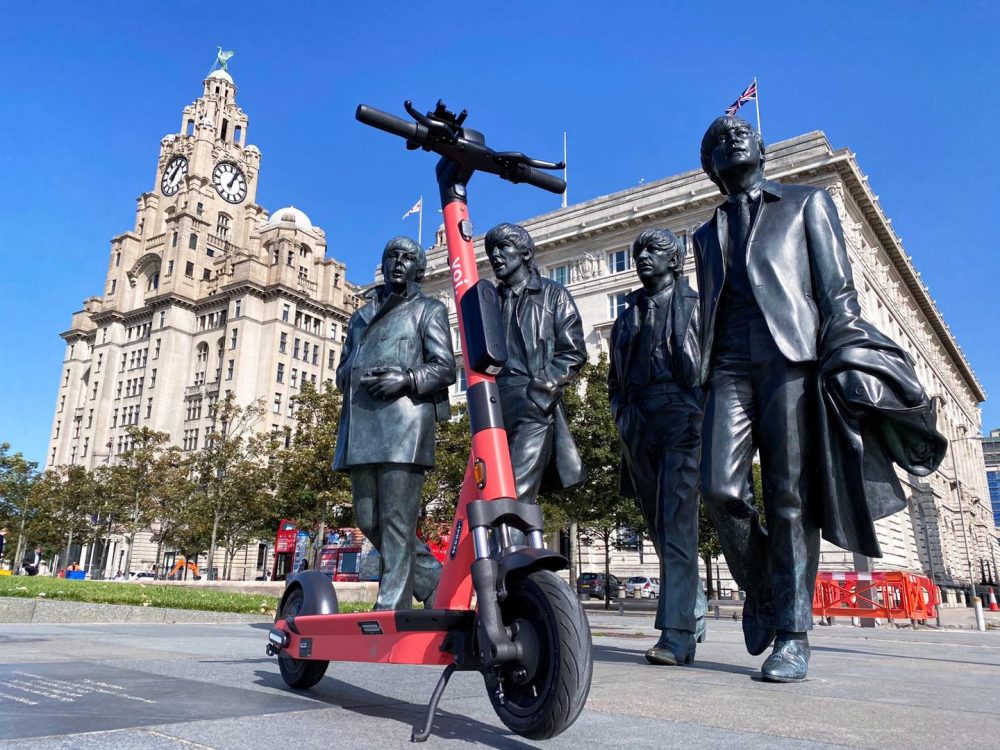 Although it’s easy to walk everywhere in Liverpool, sometimes there is a ‘more fun’ way to get about the city.

Provided you haven’t yet had a drink, you can hire yourself a VOI scooter, or city bike to get from place to place.

There’s also the tour bus, tour taxis and of course, you can even catch a ride on the ferry, across the Mersey (and back).

To be a tourist 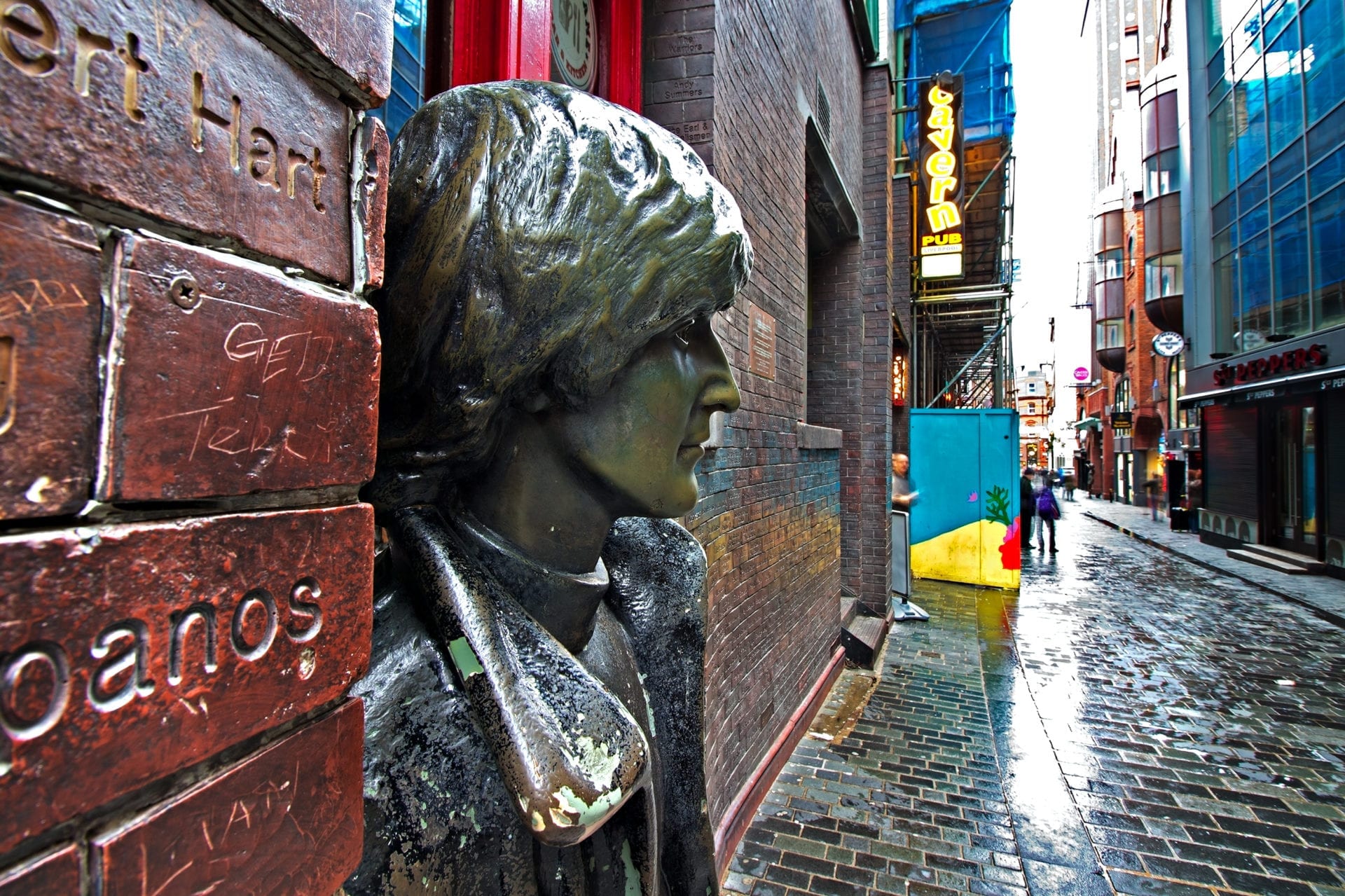 When you decide to book Liverpool for your stag or hen, Philip recommends you think carefully about your outfit choices.

He said: “Every stag comes as a ballerina or cheerleader.

“They’ve had two years to think about this now, we want to see them up their game a little bit.”

Whatever you decide to dress the groom in, it’s important to secure proper photographic evidence to whip out for years to come.

But rather than waste the opportunity, make sure you get your pictures with some of Liverpool’s most touristy spots.

By the end of your trip, you will have a picture of the groom with the Beatles on the docks, standing next to Cilla Black in Mathew street, or even in a cage with a Lambanana in Ropewalks.

Philip said: “It is that stereotype of scousers being friendly, but it’s true. You know what you’re getting when you come to Liverpool, you come for a good night out.”

However your night pans out, we have to agree with Philip, that you will have the best time in Liverpool.