Tributes have been paid to ‘quirky’ and ‘brilliant’ Liverpool actress Sylvie Gatrill - The Guide Liverpool
Contact Us Advertise with The Guide Our Video Services Follow us:

Tributes have poured in for one of the city’s best-loved actors, Sylvie Gatrill, who passed away on Thursday.

The actress and director enjoyed a hugely successful career in the entertainment business, and while the ‘brilliant’ and ‘talented’ Sylvie was always one of the first to admit she wasn’t a household name, the Bootle-born actress was a well-known face on stage and screen.

And she was adored by those she worked with.

Former Brookside actor Dean Sullivan said she was always fun, and had an infection laugh and wacky humour, calling her a unique individual: “Once met, never forgotten!” 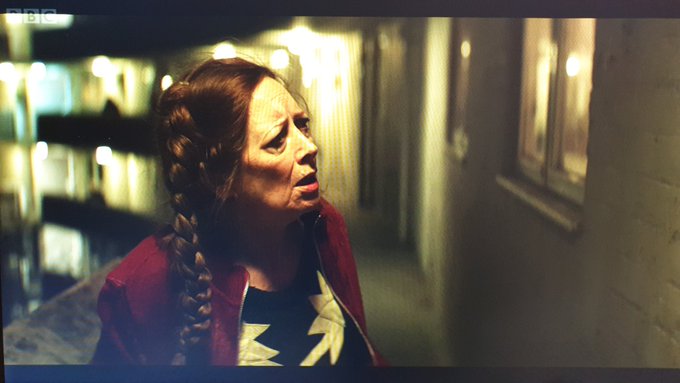 Sylvie had roles in Carla Lane’s hit comedy series, Bread, in which she played the Boswells’ neighbour Mrs Cullen, and Brookside as Lesley Donnelly; she played Queenie the lap-dancer in cult show, The League of Gentlemen, and starred alongside the legendary Richard Harris and Lynn Redgrave in a major screen adaptation of King Lear, My Kingdom.

Part of her career involved giving others a helping hand: as owner of Liverpool’s Allstar Casting talent agency she represented hundreds of actors, extras and models from the city and across the UK in their search for roles in television, film, and theatre.

MORE - ‘Thrown out’ of primary school and now a successful Liverpool businessman, James Hamilton is on a mission to help kids like him

And she was also a respected director, over the last few years directing in-house plays at St Helens Theatre Royal and The Epstein Theatre for Regal Entertainments.

More recently Sylvie, appeared in the acclaimed TV drama Little Boy Blue, the true story of 11-year-old Rhys Jones who was shot and killed while walking home from football practice in Liverpool, and only weeks ago, she was on our screens in the massive BBC One hit, The Responder, starring Martin Freeman. Sylvie played troubled dog owner Mary, in constant battle with her neighbour Trevor (Victor McGuire).

An inspirational character actress, she brought humour and pathos to the role and, not surprisingly, it was author of The Responder, Tony Schumacher, who was among the first to pay tribute to Sylvie.

In a Tweet, he said: “So sorry to hear of the passing of the quite brilliant Sylvie Gatrill. Such a talented actress who was so important in helping set the tone of The Responder.

“She was a powerhouse in Liverpool.” Adding that she ‘crackled with energy’, he went on: “She’ll be much missed!”

So sorry to hear of the passing of the quite brilliant Sylvie Gatrill.
Such a talented actress who was so important in helping set the tone of #TheResponder.
My thoughts are with her family. #RIP. pic.twitter.com/CUAUppSYP7

But he was not alone in heaping praise on the actress and director.

Chris Tomlinson, theatre director and Associate Director of Young Everyman & Playhouse (YEP) said: “I don’t think I’ve ever met anyone quite like this woman, in all my time in Liverpool. Hope Street will be a much quieter place without you.”

Actress and presenter Leanne Campbell called her an ‘absolute queen’ and remembered: “I met her at 12.

“She bounced into rehearsals … late, arms full of toasted tea cakes and jam. She never changed thank God. Always carefree and on her own path. One of life’s best characters.”

Regal Entertainments’ Jane Joseph had known and been friends with Sylvie for more 50 years, and said it was with ‘great sadness and a heavy heart’ that she revealed the passing of Sylvie in the arms of her husband, Steve.

Paying a heartwarming and poignant tribute, Jane said: “This beautiful woman, both inside and out, was a wonderful and sincere friend to me. Always the most quirky of people, Sylvie was unique in every way, dressing in a style she made her own.

“We loved her for her thick mane of strawberry blonde hair, dressed up in plaits and ponytails in styles that were amazingly self-invented. Sylvie directed in a style of her own too – it wasn’t unusual to see her laying on the floor to see things ‘from a different angle and to check her auditorium sight lines’.

“I will miss my long afternoon chats with her putting the world to rights and reminiscing about our wonderful days back at Shelagh Elliott Clarke together, but most recently trying to support and comfort her throughout her darkest moments of worry about her illness that she kept so private and only those most close to her knew about.”

Jane said Sylvie was an accomplished singer, dancer and talented actress, ‘at one point she was never off our TV screens!’, and she added: “I will miss her with every inch of my heart.”