TV icon Russell Brand pays surprise visit to Homebaked Anfield - and gives volunteer Mildred a kiss! - The Guide Liverpool
Contact Us Advertise with The Guide Our Video Services Follow us:

Staff and customers at one of the city’s best-loved bakeries got a surprise visit from TV funny man Russell Brand.

The comedian and mental health activist called into Homebaked Anfield yesterday during a ‘Liverpool pilgrimage’ – and insisted on treating everyone to a pie!

“Just as the lunchtime rush had finished, a famous face walks through the door and offers to buy everyone a pie! Totally unexpected and Totally brilliant.

“Hope you enjoyed your Vegan Scouse, Russell Brand – thank you for visiting us here at Homebaked Bakery and for being so great with us and all of our customers.” 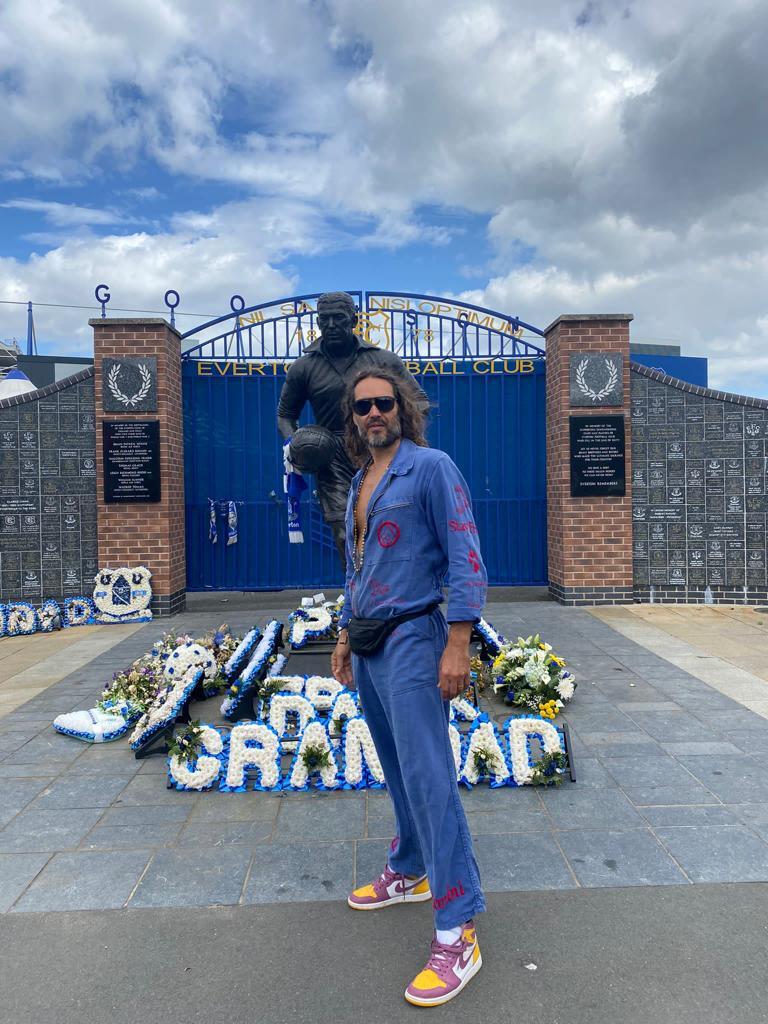 Russell Brand, 47, is currently on a UK tour performing stand-up on ‘the strangeness of the last 18 months’, appearing last night and Tuesday night at the Liverpool Playhouse.

But for Homebaked the ‘strangeness’ came when he found time to take a mini-tour of the city yesterday, with stops at Everton and Liverpool football clubs, and took time out for a lunchbreak.

And he was especially taken with one of Homebaked’s popular staff members, Mildred, getting on bended knee and kissing the much-loved helper on the hand. 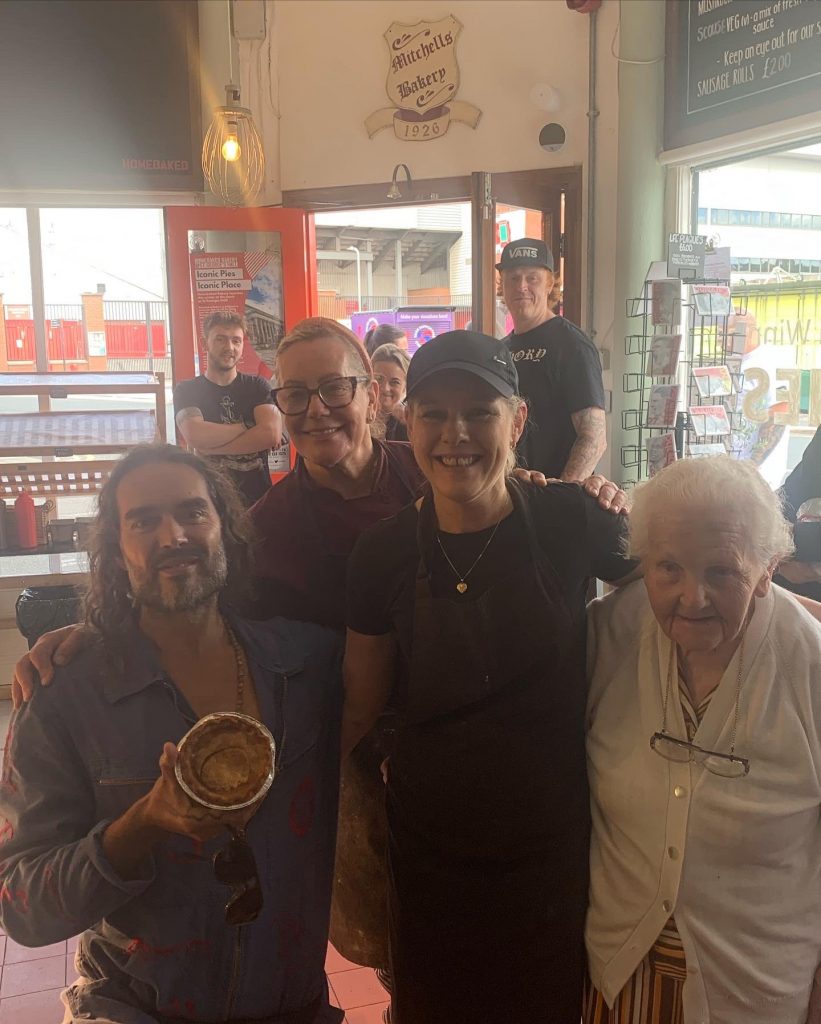 On his own Facebook post, he wrote: “My Liverpool pilgrimage. Two great clubs, a 93-year-old Queen – Mildred (who still VOLUNTEERS at a community bakery) and a damn good vegan Scouse pie.”

After beginning his career as a comedian and later becoming a presenter, Brand moved into acting, with his first major film role in 2007 in St Trinian’s, followed by a lead role in the romantic comedy-drama, Forgetting Sarah Marshall, and many others.

Over recent years the flamboyant comedian has become a public activist and campaigner, and has spoken on a wide range of political and cultural issues, including wealth inequality, addiction, corporate capitalism, and climate change, as well as mental health.