Up for taking on our Liverpool St Patricks Day Pub Crawl... - The Guide Liverpool
Contact Us Advertise with The Guide Our Video Services Follow us:

Up for taking on our Liverpool St Patricks Day Pub Crawl… 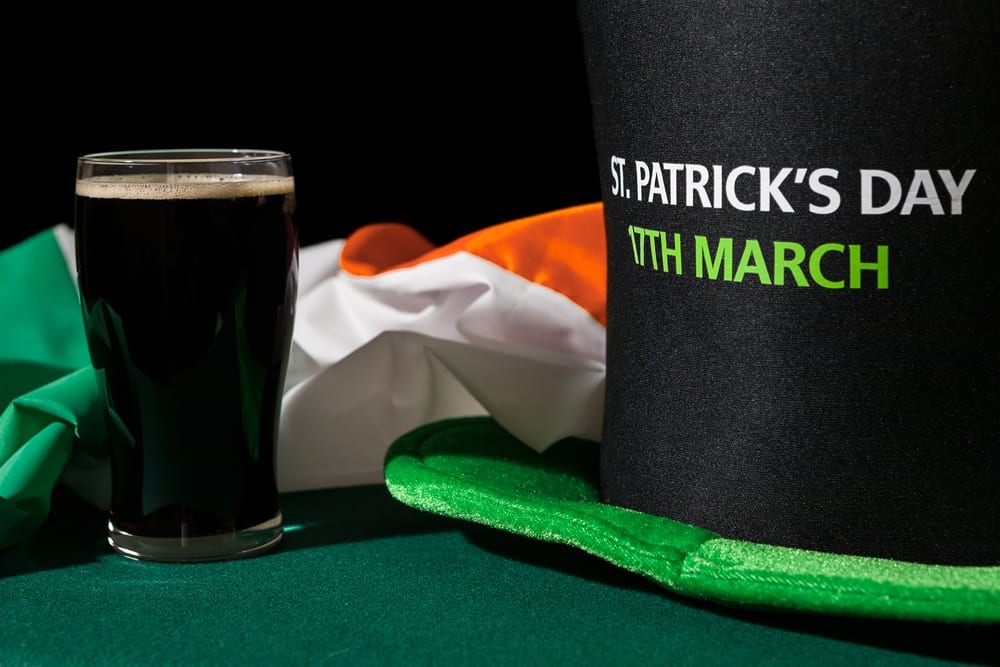 Ahhhh St Patricks Day! The one day of the year we find any excuse to dress up in green, white, and orange…..down as much Guinness and Whiskey as possible and talk to anyone who will listen about what percentage of Irish we are!

Like the Irish, us scousers love any excuse for a few drinks and the city really comes alive with traditional Irish music, ale, food and endless Bewitched, Westlife and Boyzone appreciation! We’ve put together this handy little Irish pub crawl with 12 ways to celebrate St Patricks Day in Liverpool so you can get the party started from 6am, who’s phoning in sick then?

Of course we will be venturing out too and being men & women of our word we will be following the same route, so maybe see you out and about for a Guinness (or three!). 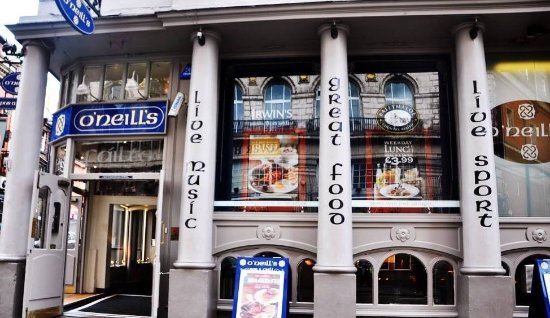 The celebrations are starting bright and early at O’Neills, doors are open from 6am and Radio City will be broadcasting live for the first few hours as the first of seven different Irish artists take to the stage to perform throughout the day. The party continues til 2am with stomach-lining, tasty pub grub available til 10pm! 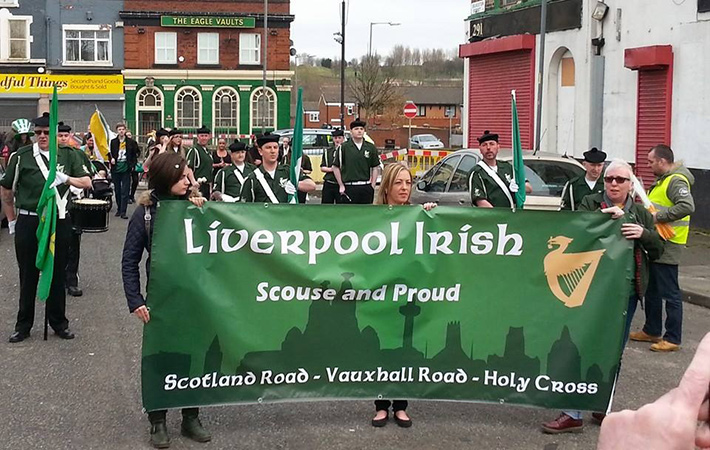 Irish and Proud? Then take your place at the St Patrick’s Day Parade which starts at the Old Irish Centre on Mount Pleasant at 3pm and features a host of ridiculously talented local groups. The Liverpool Irish Flute Band, Cumbrian Drum Band and Manchester Community Pipe Band will provide the unmistakable soundtrack to this traditional march.

3 – Party on Down at Heebie Jeebies, Seel Street 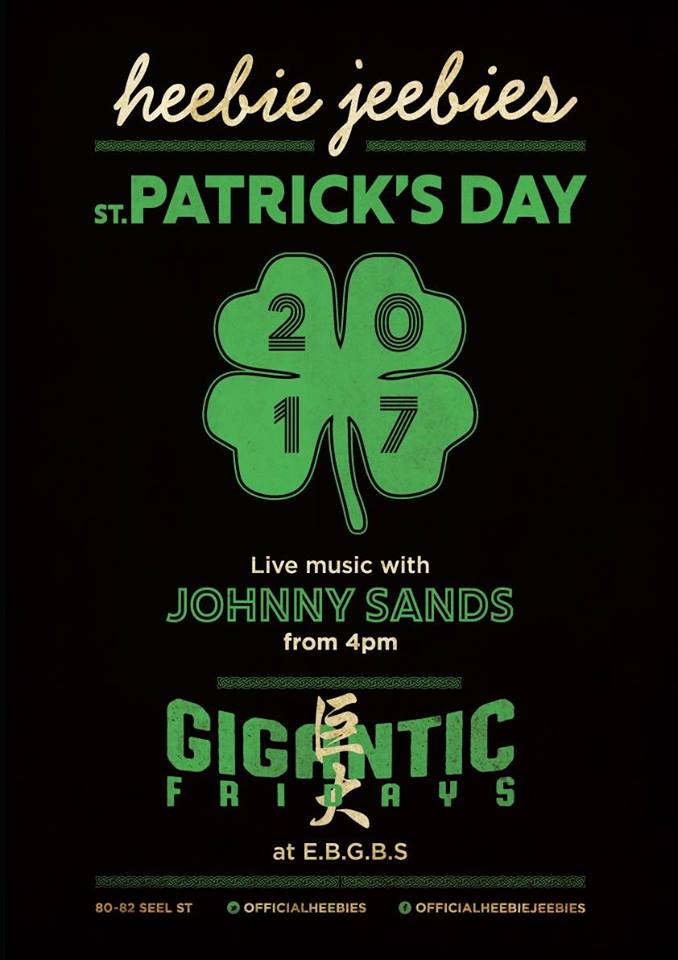 Everyone’s favourite quirky Seel Street bar is throwing open the doors to celebrate St Patricks Day as only Heebies knows how! Get your ceili on and bust some moves from 4-4 as a whole host of live acts and DJ’s take to the decks on the ground floor and EBGBs too.

4 – You Had Us at Irish Fry! McCooley’s Concert Square 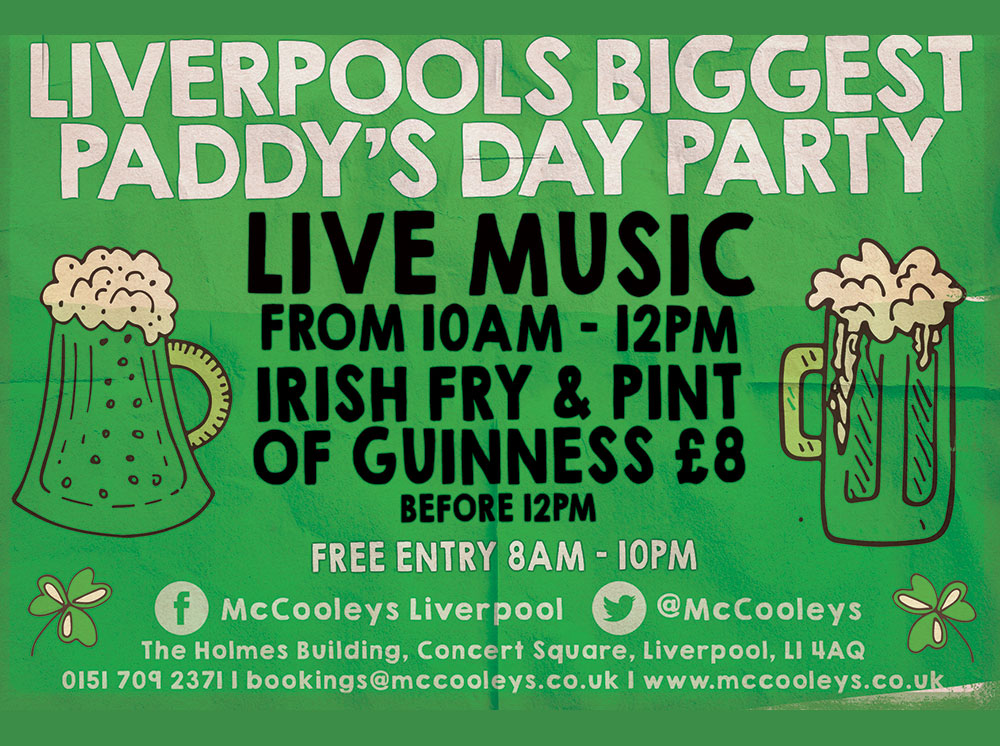 It’ll come as no surprised that McCooley’s, Concert Square is planning one hell of a St Patrick’s Day in Liverpool. With live music, Irish Fry and gallons of Guinness in stock, all that’s missing is you! A great place to get your mates together and really let loose, regardless of whether your Irish or not! 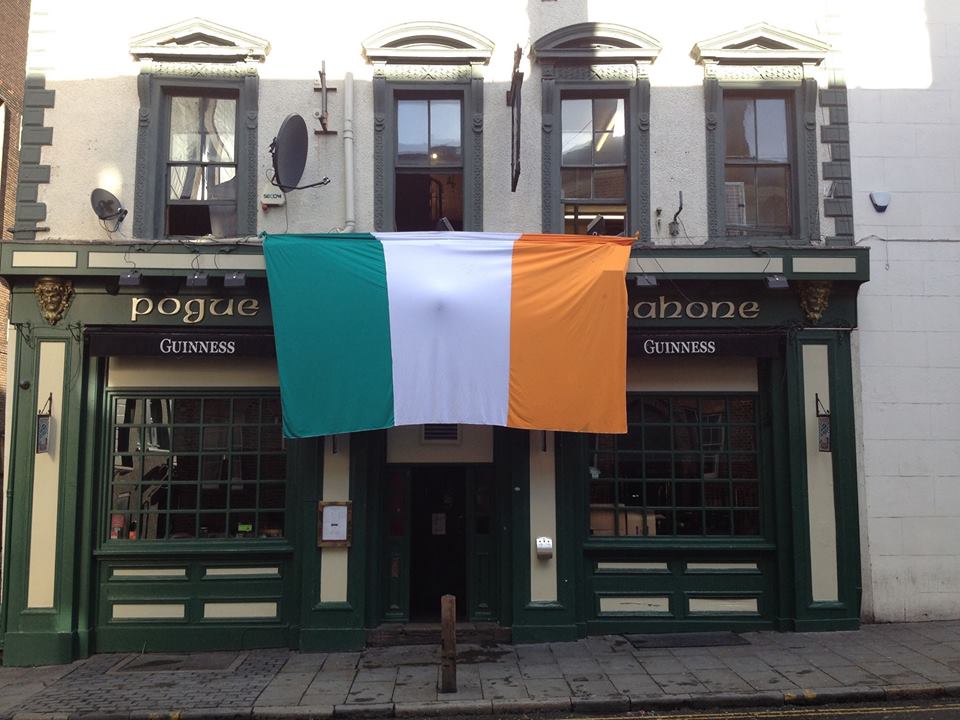 Loved the city over for its brilliant atmosphere and authentic, live irish music, Pogue Mahone of Seel Street gets a huge thumbs up from the Scouse and Irish alike. There’s not many places you can get a pint of Guinness and a full fry up, served by the fire right up until 8pm! Make a beeline for a real taste of Ireland. 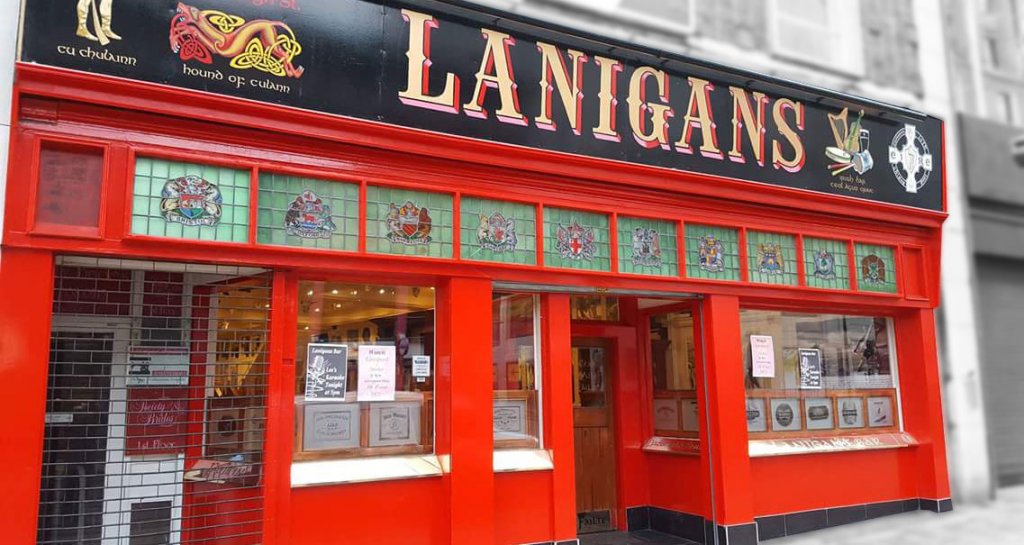 Lanigans is a traditional Irish bar, twinned with its sister bar in Kilkenny. There’s is live music 7 nights a week with top DJ’s that play until 2am and St Patrick’s Day will be no different. The bar is made with Irish Architectural Salvage so you’re technically in Ireland when you pull up a pew at Lanigans. One for the traditionalists for sure! 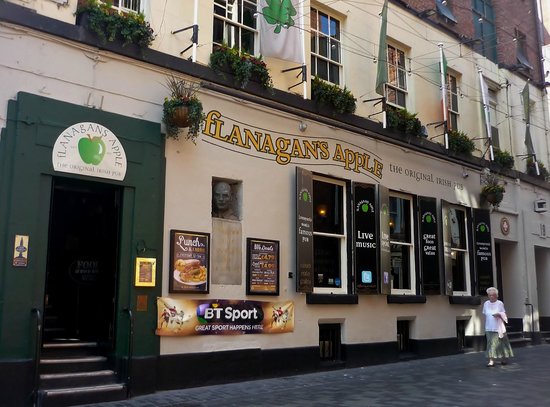 With quality Guinness, live music every night and three floors of fun, you can expect nothing less than a craicing time at Flanagan’s. This old fruit warehouse has been a Beatles Museum, a tearoom and even a drama school and these days it’s one of the best-loved Irish pubs in Liverpool for it’s superb atmosphere, mixed age crowd and great laughs. 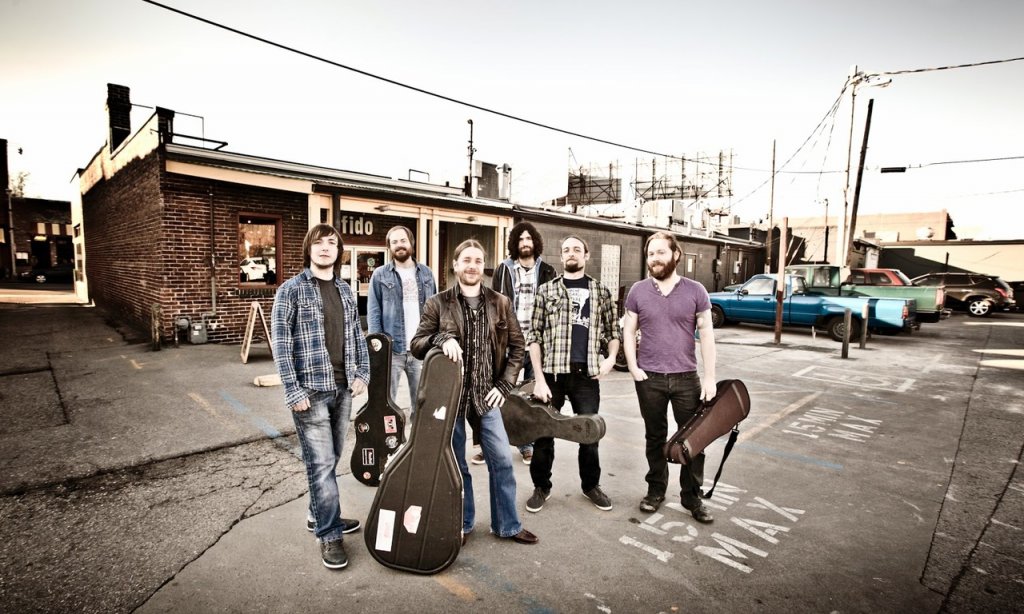 Our beloved Royal Philharmonic Hall is hosting Irish Americana band, Rackhouse Pilfer. Having enthralled fans throughout Europe, Ireland and Nashville, Tennessee, the guys are stopping on Hope Street for one night only, starting at 8pm. Tickets are available here. 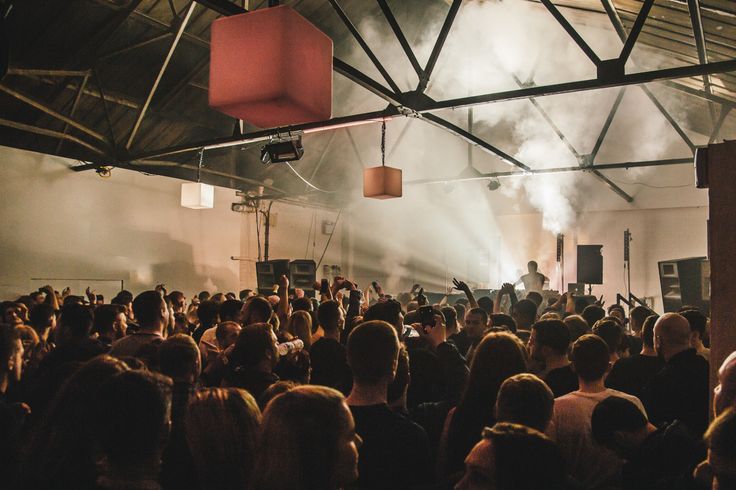 For a right ole Paddy days knees up Constellations are bringing you some of the finest purveyors of Disco of the leprechaun variety for a night of non stop no holes barred Disco floor fillers with a sprinkly of House and, oh yeah, some Irish Disco Dancing! Get your tickets here. 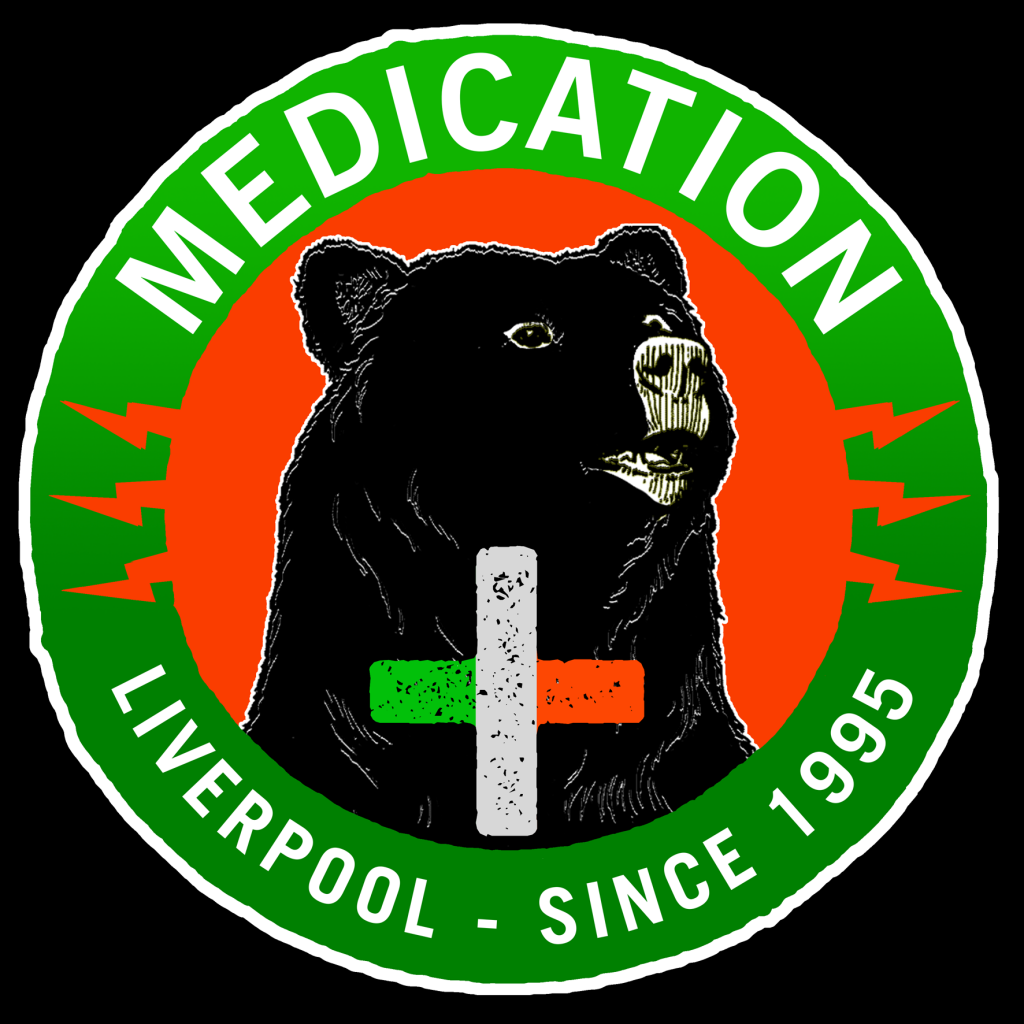 Green is the colour, partying is the game! Med is putting on the biggest fecking party in town! Join them for the annual Irish festival with crazy balloons, silly inflatables, stupid hats, daft glasses, Tayto crisps and more shamrocks and shenanigans than you can shake a stick at. Tickets and info here. 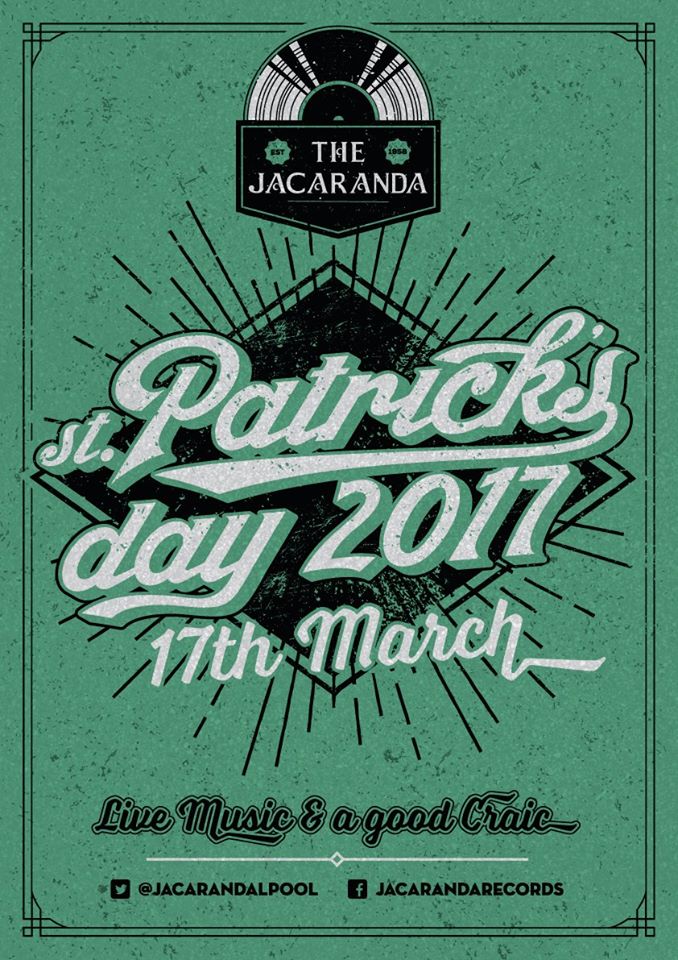 St Patricks day at the Jacaranda club is usually one to remember….. (or to forget in some cases!) and this year will be exactly that! With a whole host of incredible Live music and drinks offers, the Jac will keep you going until the very early hours in their famous basement club!

If you’re still on your feet by 9pm after a full day of jigging about, (of course you are, you’re 57% Irish on your mums side) head to Revolution, St Peter’s Square for an Irish themed party that lasts all night long. With tonnes of inflatables, props and awesome drinks deals, just think of all the selfies…..no filters needed!

We want to know how you’re celebrating St Patrick’s Day in Liverpool? Want to join our listing? Drop us a line, tweet us @TheGuideLpool or email us [email protected] and we’ll share the tricolour love on our socials!