Walton Centre patient Gerard receives hospital visit from his favourite dog, Clive - The Guide Liverpool
Contact Us Advertise with The Guide Our Video Services Follow us:

The eight-year-old lurcher bounded onto the bed and gave owner Gerard a ‘kiss’ after being allowed to see him in the hospital’s special garden room.

Gerard’s wife Sue said: “It was amazing. Clive was encouraged to climb onto the bed and gave him a kiss.

“I think it brought a little bit of home to Gerard. Clive licked his face. It would have meant a lot him and hopefully will help Gerard keep a positive outlook and hope, the most important thing.”

And Sue added: “For us, the joy of seeing Gerard and Clive together, and how happy it made Gerard to see him, was just lovely.”

Gerard, 68, has been in the Walton Centre for seven weeks after a fall from his horse, Mavis.

The dairy farmer from Bangor-on-Dee in North Wales was thrown forward after Mavis tripped, and he handed hard on the ground, suffering acute spinal injuries.

He was air-lifted to Aintree University Hospital before being immediately transferred to The Walton Centre.

“Gerard is on a ventilator and at the moment they are trying to wean him off in order to move him to the spinal injuries unit at Southport where rehabilitation will take place,” said Sue. “It is a difficult time for us, and I can only explain it by saying everything is the same, and yet nothing is. In one moment, our lives have changed completely.” 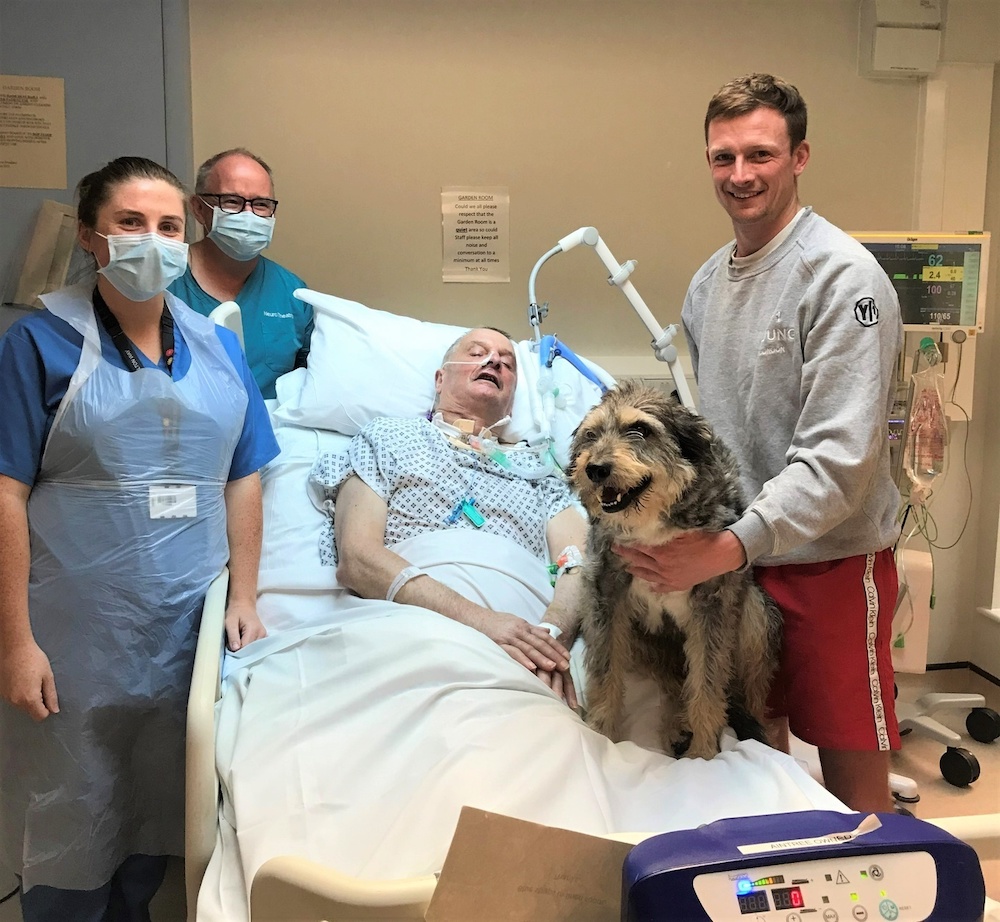 One blessing, Sue said, has been the care that her husband has received.

“The Walton Centre has been amazing. The nurses and hospital staff are incredible.

“They are so straight-forward. They are professional and yet they have such a lovely way about them; they are intuitive about how Gerard is feeling, about how we are feeling.

“What’s happened is a massive shock to us all, and it’s not something we can easily come to terms with. But they understand that and can almost second guess what you are thinking and feeling.

“They make a connection and you feel that the patient, in our case Gerard, really trusts them and knows they are in good hands, safe hands. For us that’s very reassuring.

“That they allowed Clive to visit was wonderful.”

It was the couple’s three sons who had first taken Clive in to Gerard after he intimated he would like to see him, after which Gerard said he would like him to go in again.

“The nurses just asked what day we would be bringing him, and what time, and moved him into the garden room ready.  Gerard and Clive have got such a close bond, and it was lovely to see, and we are really grateful to the hospital.” 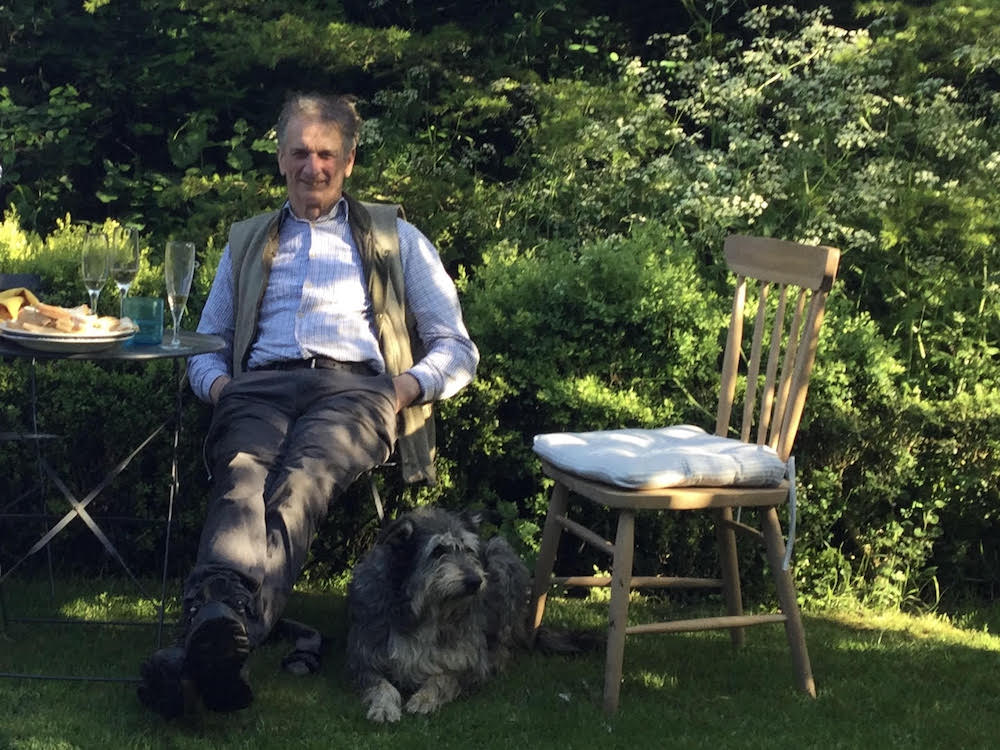 Gerard and Clive at home in the garden

“It’s usually a very stressful time for patients when they find themselves in our ITU, so helping them to settle here and, in some cases, focus on their rehabilitation is paramount.

“I’m delighted we were able to make this visit happen for Gerard. Having Clive here, even for a short time, will help his mental health.

“He is used to being surrounded by animals at home, so we thought inviting Clive into our garden room would be beneficial to Gerard. Since our charity funded the garden room in 2019, the space has been an asset in allowing patients to go outside and, where possible, see their loved ones in safety – including in some cases their pets! We’re trying to introduce more pet therapy in the future.”