‘War is Over’ card sent from John Lennon to Harold Wilson goes on display at Liverpool Beatles Museum - The Guide Liverpool
Contact Us Advertise with The Guide Our Video Services Follow us:

The card, which is signed by John Lennon ‘with love to the Wilsons from the Lennons’, was sent in December 1969.

A Christmas card sent from John Lennon and Yoko Ono to Harold Wilson, which the then-Prime Minister marked “no”, has gone on display in Liverpool Beatles Museum

The card, which reads “War is Over! If you want it” and is signed “with love to the Wilsons from the Lennons”, was sent in December 1969 when the Beatle and his wife launched a poster campaign as part of their peace campaign.

It was rescued from the “nutty filing” cabinet in Downing Street by secretary and Beatles fan Ruth Ferenczy, who kept the card at home until her daughter Alex Rowe decided to loan it to The Liverpool Beatles Museum.

“My mum was filing one day and came across this card so she said to her boss: ‘Look at this, the Prime Minister doesn’t want it, can I keep it?’ and the boss said yes she could.

“Apparently Harold Wilson would write in green pen and if he was going to respond to mail he would write yes or no.

“There’s a little green ‘no’ on this card which means he didn’t want to respond.”

Mrs Ferenczy, now 81 and living in Spain, took the card home where it was displayed on a shelf, her daughter said.

Mrs Rowe added: “It’s just been sitting on a shelf all my life, nobody else has seen it as far as I know.

“It’s literally gone from No 10 into our possession and it’s gone through lots and lots of countries, it’s been round the world because we lived abroad.

“One day we were looking at it, at home in Manchester, and just said why have we not shared this, somebody else needs to see it.”

The card was unveiled at the museum on Thursday, when friend of the Beatles Tony Bramwell spoke to fans who had gathered to see the display. 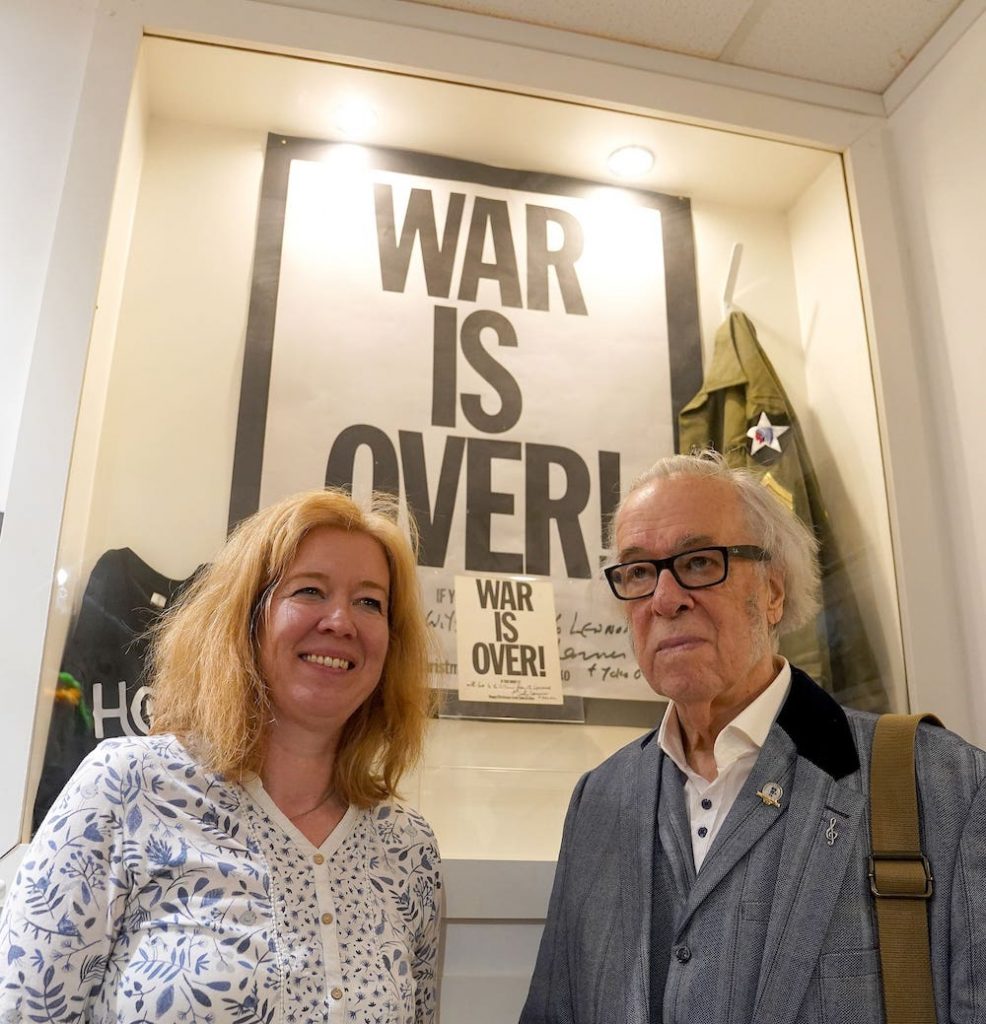 Mr Bramwell, who ran the group’s label Apple Records for a time, said as part of the War is Over! campaign he was tasked with organising for huge billboards bearing the slogan to be displayed at locations across the world, as well as sending out cards with the message on.

He said: “There were thousands of those Christmas cards, we sent them to everybody in the address book.

“Anything aimed at Harold Wilson was a dig.

“John had just sent back his MBE in protest.”

Mr Bramwell said Wilson, who was MP for Huyton in Merseyside, had previously met The Beatles and posed with them for pictures.

But, he said he was not surprised the politician had chosen not to respond to the card.

He said: “He would probably say no even if he was offered a box of Beatles records.”

The card is the latest item of memorabilia to go on display in the museum on Mathew Street, which is owned by Roag Best, the brother of the band’s original drummer Pete.