Watch as we meet Dane Bowers & the cast of the Epstein Christmas panto - The Guide Liverpool
Contact Us Advertise with The Guide Our Video Services Follow us: 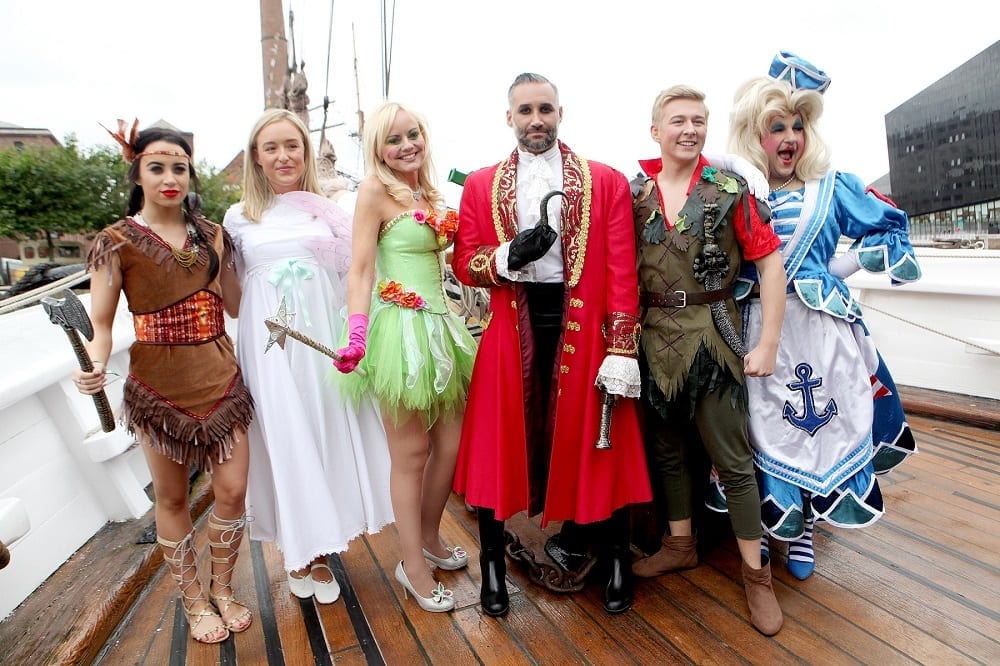 Peter Pan is flying into the Epstein Theatre this Christmas from Fri 8 December 2017 until Mon 1 January 2018 – the panto stars Another Level’s Dane Bowers and our very own Claire Simmo.

Cast members posed for pictures aboard the Kathleen and May ship at Liverpool’s Albert Dock, before walking the plank to the Epstein Theatre where press and VIP’s got a sneak peek at what they can expect this Christmas.dA

Radio City 2’s Claire Simmo, who stars as Tinkerbell, hosted the event –  and was on hand to introduce her fellow all-star cast members.

Headlining Peter Pan is Another Level’s Dane Bowers who will have audiences hooked this festive season as Captain Hook. 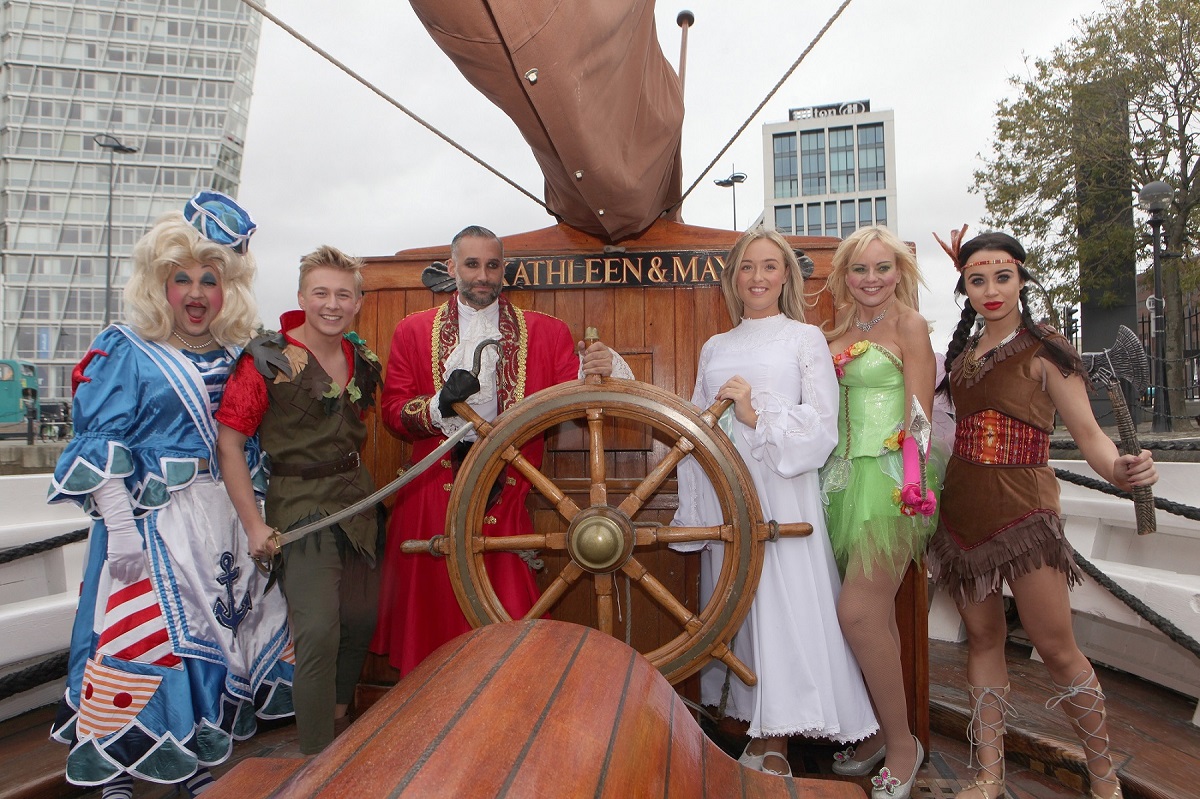 Dane began his career as member of Another Level, one of the most successful boy bands of the 90’s – achieving several platinum selling albums and singles including the iconic Freak Me. He also had success as a solo artist with Buggin and Out Of Your Mind, the latter a duet featuring Spice Girl Victoria Beckham, before establishing himself as a DJ in both the UK and abroad!

He has also made appearances on the small screen including Celebrity Big Brother, where he finished runner up, demonstrating his culinary skills winning Celebrity Come Dine With Me, andITV’s The Big Reunion which saw him form a supergroup boy band with the likes of Gareth Gates.

Set to take audiences by storm is Liverpool’s own Lewis Pryor who plays the lead role of Peter Pan. Lewis appeared in 2016’s series of Britain’s Got Talent, finishing 3rd place in the Live Finals as a member of dance troupe Boogie Storm after receiving the coveted Golden Buzzer spot from Simon Cowell.

No LHK production would be complete without everyone’s favourite dame, Michael Chapman, who returns for 2017 as the Darling Family Cook and is guaranteed to bring his usual hysterical capers and comedy antics. 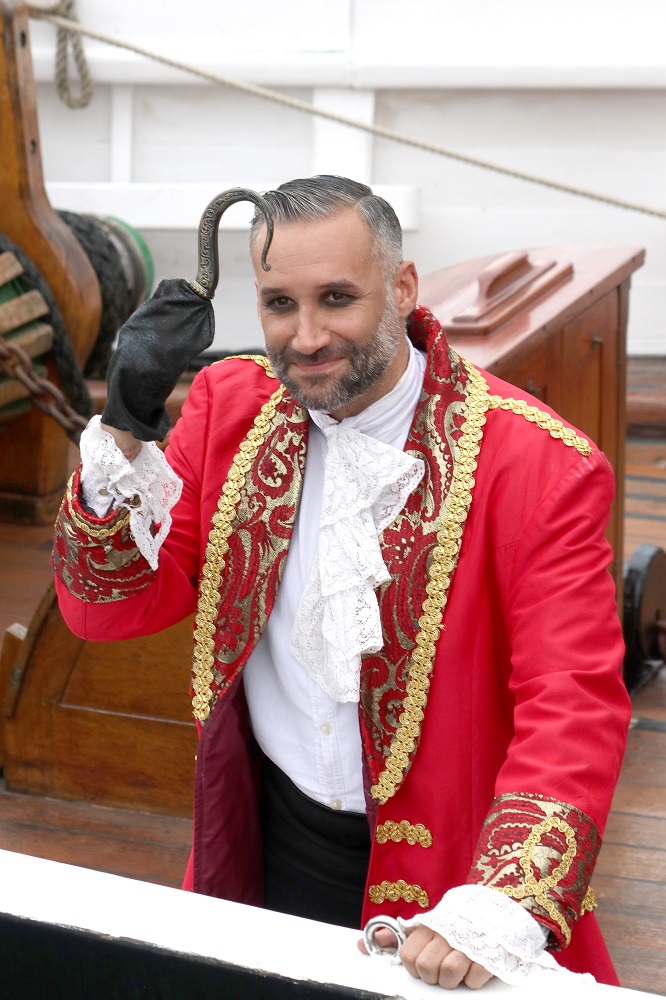 During the afternoon guests were treated to a special performance from Dane and Joanne who sang their solos – both wowing audiences with their vocals!

Producer Lee Kelly then made a very exciting announcement, revealing that he will be holding open auditions to find a local star to play the role of Smee. Further details about the auditions will be released in the coming weeks.

Lee said: “I am delighted to bring all the cast together today, they are all fantastic performers and it is set to be another amazing production. The excitement is really starting to build now and I can’t believe opening night is only 9 weeks away!

“We also announced that we will be holding open auditions to find our Smee. We have always had a great turn out when doing open auditions in the past; the level of talented performers in Merseyside is phenomenal and I cannot wait to see what the auditions bring and to welcome our new member to the cast….so watch this space!”

Children and adults alike will be whisked away on a sensational journey to Neverland this Christmas. With a sprinkle of fairy dust from Tinkerbell join Peter, Wendy and The Lost Boys on an adventure full of Pirates, Mermaids, Indians and a devious tick-tocking croc, in this enchanting story of the boy who never grew up.

*Subject to booking fee. All prices include a £1 per ticket venue restoration levy