Watch as we meet Merseyrail Ladies FC who are putting Women's Football on the map in Liverpool - The Guide Liverpool
Contact Us Advertise with The Guide Our Video Services Follow us: 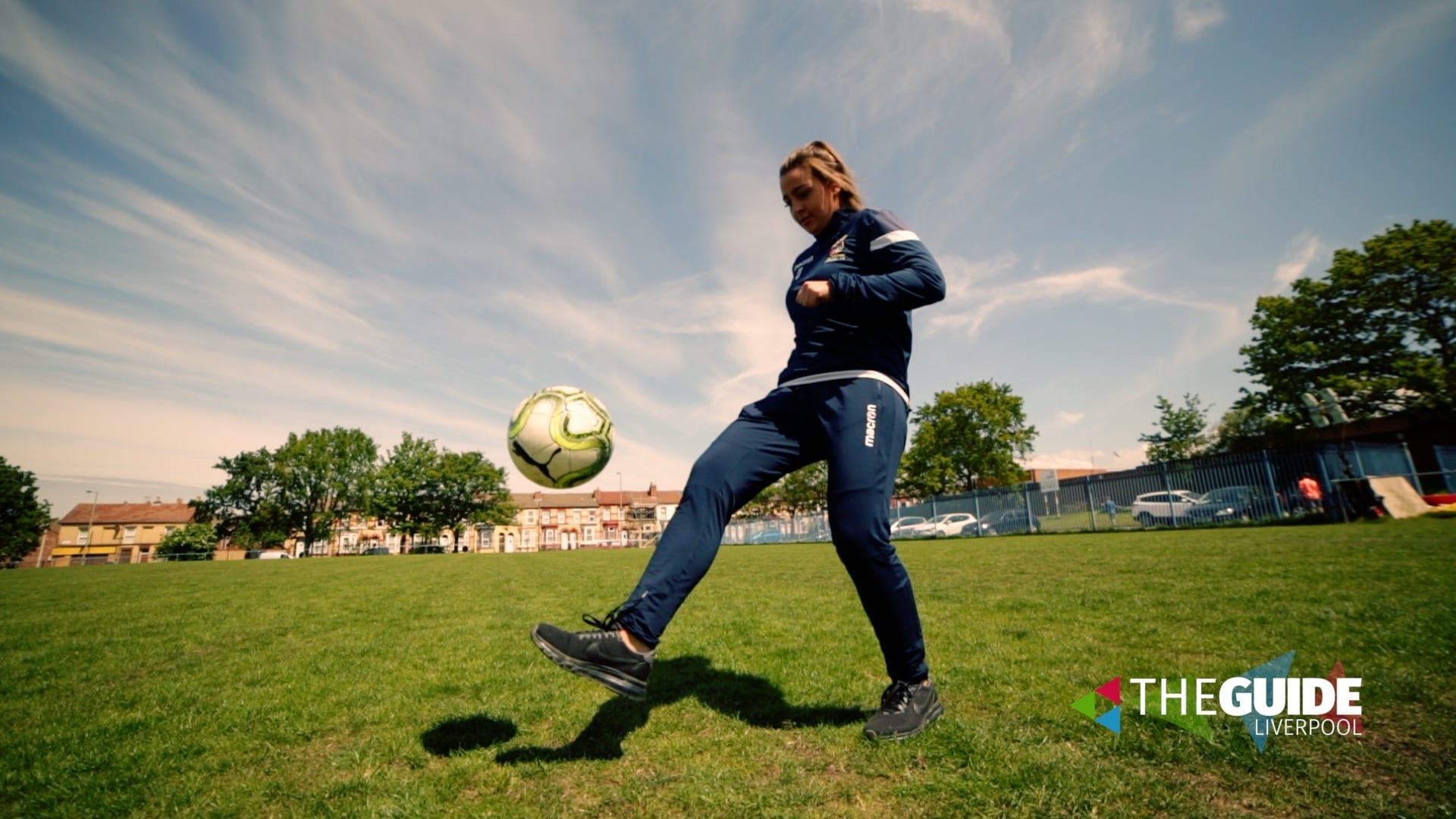 Football and Liverpool go together like all the great pairings in life, and now women’s sport is taking the spotlight on Merseyside.

As the M&S Bank Arena prepares to host the Netball World Cup and with the FIFA Women’s World Cup kicking off next month, we find out how Merseyrail Ladies FC is making waves in the beautiful game.

Admiral Park in Toxteth is about to undergo an exciting transformation. The first ladies team not to be affiliated with a men’s club and with their own named ground, Merseyrail Ladies FC will start the 2019/20 season with a new look stadium and club facilities.

Watch above as we head to Admiral Park for a kick about with the team and to find out more.

Part of a wider community engagement initiative created by Merseyrail, the Admiral Park site development is funded through the ‘Target Football’ charity and with additional support from the Football foundation and Liverpool City Council.

Merseyrail FC players Gemma and Sophie told us why women getting back into sport is so beneficial, Sophie said: “I think with the uprising of women’s sport now, the amount of support and sponsorship is just phenomenal, as the focus is usually on the premier league. Women playing sport is just great. The team here is fantastic, really friendly, it gets you out and meeting new people and enjoying yourself.” 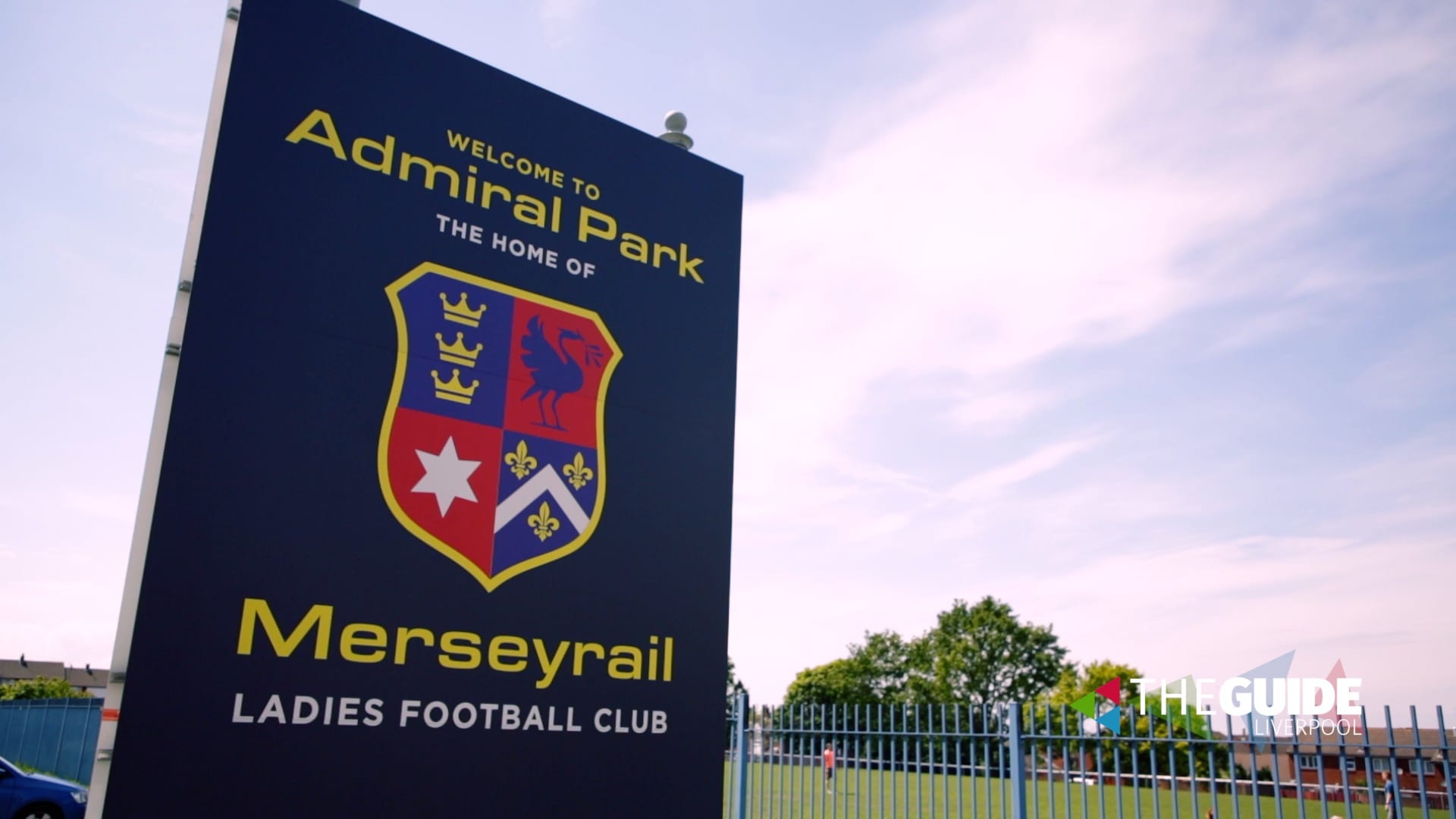 The initiative has brought great success already, with two promotions for the senior team – now in tier 5 of the Women’s football league – and numerous youth teams, including our current highly successful U14s. In 2016, Merseyrail Ladies FC were awarded the national FA award for Grow the Game, the highest honour from the highest footballing authority in England.

Chairman of Merseyrail Ladies FC, Neil Lancaster said: “Ladies football is the biggest growth game in the UK at the moment but most teams are affiliated to a mens team. We have the opportunity now for our ladies team to have their own ground, their own stadium, which we think is the first one in the country. The big sign outside says this, is the home of Merseyrail Ladies.

“The stands will be arriving in the coming weeks, there’ll be a two-story club house with a terrace too. It’s a really exciting time.”

The 2019/20 season is set to be a memorable one and with a successful run of games in recent months, Merseyrail Ladies FC future plans include a renewed focus on developing the youth game and also, key, developing female coaches. With brand new training facilities, the senior team remains the absolute flagship of the whole venture and is now focussing on recruitment. If you fancy lacing up your boots and getting involved, Merseyrail Ladies FC wants to hear from you.

Gemma continued:”It’s going to be see great looking out on two cathedrals, right in the heart of the city centre and you know this is your home, your ground. It’s going to be great.”

To find out more about getting involved with Merseyrail Ladies FC and the facilities at Admiral Park, head to the official Facebook page here. For more information about Merseyrail community initiatives or to plan your next journey across Merseyside, head to www.merseyrail.org.

Are you part of a women’s sporting club in Merseyside? We want to hear from you. Drop us a line on Twitter, Facebook or Instagram with your inspiring stories and we’ll share the best on our socials.