Watch as we take you on a walk through the beautiful new-look Princes Boulevard - The Guide Liverpool
Contact Us Advertise with The Guide Our Video Services Follow us:

Princes Avenue and Road has had a beautiful upgrade thanks to Liverpool City Council all part of a scheme which also includes toucan crossings, carriageway surface, drainage and footway improvements, and also tells the story of Toxteth and Liverpool through plaques and plinths.

The innovative scheme was officially unveiled by community leaders this morning (Thursday, 17 September). A website telling the story of the unique transformation has also been created and you can visit it here.

As well as the highways improvements, the L8 community and a range of stakeholders, led by Friends of Princes Avenue and Mandela8, and including over 150 children from Windsor Primary, Princes Primary, Kingsley Primary, St Patricks and St Silas Primary schools, helped shape the design of public artwork, the granite paving and inscriptions, and interpretational signage. 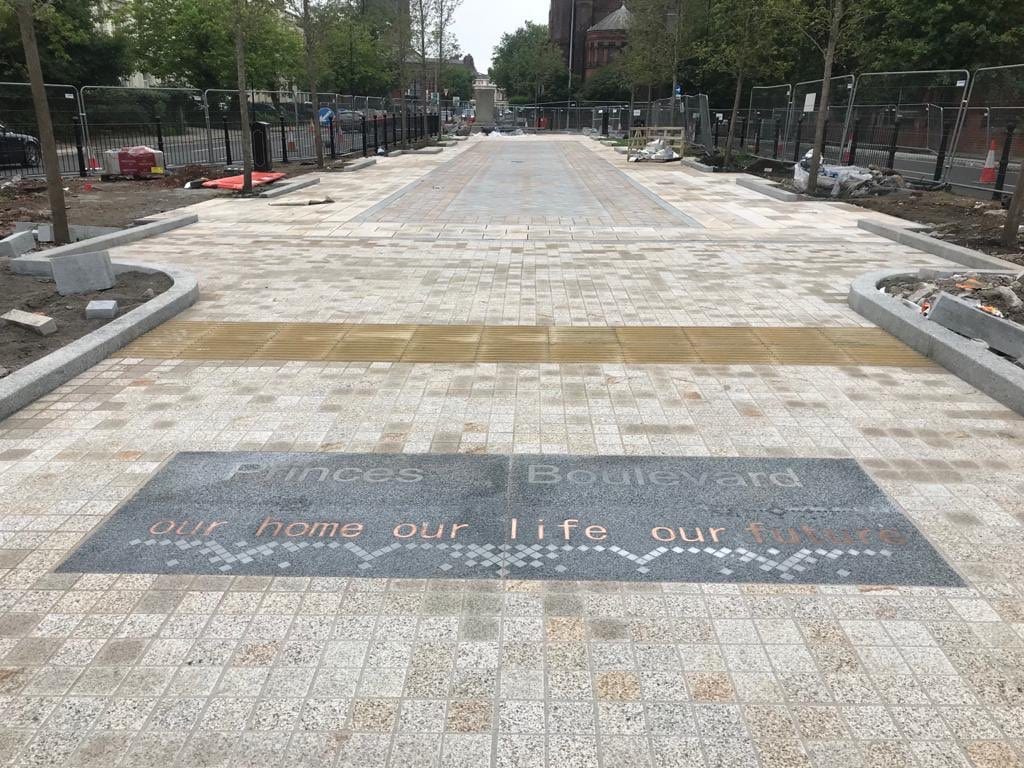 Culture Liverpool led on the creative engagement process which saw them working alongside the Friends of Princes Avenue and Mandela 8 to commission local arts organisations.

They included Writing on the Wall, Toxteth TV and visual artist, Helen Davies who all worked with the community and local schools to develop creative writing and artwork that helped inform the designs of appointed landscape architects, BCAL. Toxteth TV have recorded the development.

Two existing features of the Boulevard were the subject of discussion in the community engagement, the Huskisson Plinth and the ‘8’ sculpture.

The Huskisson plinth, once celebrated the former MP William Huskisson. It has been empty since 1982. The reasons for this have been acknowledged with a new inscription acknowledging his role in the slave trade.

Liverpool’s Mayor Joe Anderson recently announced the city was to explain its pivotal role in the transatlantic slave trade in greater detail at streets and statues commemorating those with slave trade connections. The first 20 streets have since been announced.

The much-loved ‘8’ sculpture has been given an enhanced setting with an accompanying ‘L’ and other sculptural pieces, telling the story of the journeys of the communities in settling in the L8 area.

The innovative scheme, believed to be the first of its kind in the UK, falls between Upper Parliament Street and Princes Park Gate, and aims to stimulate the wider regeneration of an area that was created in Liverpool’s Victorian maritime hey-day.

The wide, tree-lined boulevard styled avenue leading up to Princes Park was built for the city’s merchant class and boasts grand houses as well as a stunning range of religious architecture, including the Grade I listed Gothic/Moorish revival masterpiece that is the Princes Road Jewish Synagogue

There are a series of interpretational panels along the Boulevard telling the history of the Avenue, the faith buildings, the activism of the local community and the many nightclubs that once featured on the Avenue.

As part of the planting a special Chestnut Tree on Princes Avenue has been placed to celebrate the connections to the Nelson Mandela tribute in Princes Park – with it representing the “Tree of Life” which has great significance in South African culture.  Associated creative writing at the base of tree, inspired by a community member, says, ‘Paths of peace, trees of knowledge, birds of freedom, leaves of hope’.

The Princes Ave/Road scheme is part of Liverpool City Region’s Sustainable Transport Enhancement Package (STEP) and the city council was successful in being awarded £1.925m from the STEP programme. The remainder of the funding will be provided through the council’s £500m Better Roads programme.

The completion of Princes Avenue/Road comes just a month after the council completed a £1.5m upgrade to nearby Upper Parliament Street.

Liverpool City Council currently has £100m of works taking place to improve the city’s highways, including new permanent cycle routes and a network of pup-up routes. 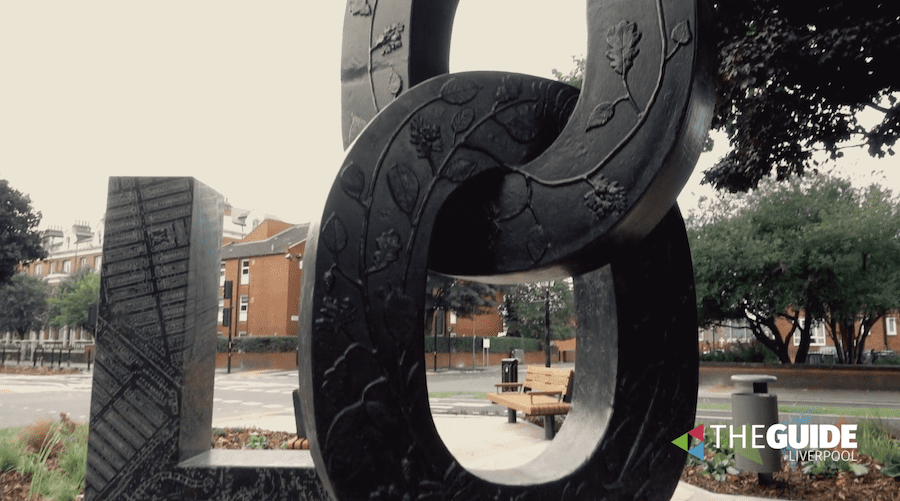 “The Princes Avenue/Road scheme looks absolutely amazing. The boulevard is arguably now one of the the most beautiful in the country and is going to transform how the wider Toxteth community interact and use this reimagined space.

“I’d like to thank everyone in the community who engaged in the design process. We’ve never done a highways scheme in this way before and the creativity of the L8 community shines out throughout the new artwork and public realm. They should all be very proud. They’ve created a stunning gateway in to the city.

“The new cycle path is a great addition to our existing network and we’re now looking to see how it can be better connect to the waterfront, where another new permanent cycle path is being built along The Strand.”

“Friends of Princes Avenue are proud of what we have achieved in the refurbishment scheme of our Boulevard. Our community came together and from this engagement process we have proven when councils listen, involve and respect communities amazing things can happen.”

Mandela8 are delighted to have been able to work with key partners to ensure this significant scheme went ahead in a way that addressed some fundamental concerns raised by community members including road closures and lack of engagement.  The end result is an amazing transformation of Princes Boulevard, a major gateway into this city that tells the story of our heritage and community activism in a way no other regeneration scheme in this city does. The seating areas and cycle lane are already being used by people of all ages”.

“Writing on the Wall were proud to work with internationally renowned poets Levi Tafari and Amina Atiq and the pupils from Windsor Street, St Silas CE, St Patrick’s, Kingsley Community and Princes Primary Schools and with adult members of the L8 community, to explore the rich heritage of Princes Boulevard. We look forward to the unveiling of the magical poetry and prose they all created. I was also delighted to be asked to write a number of the interpretation panels, which present the history of the L8 area and of the city as a whole, in a way that is accessible to all.”

“Since I was elected, I’ve been working hard to deliver a walking and cycling revolution across our region. We’re delivering nearly 600km of new and upgraded routes over the coming years and throughout this project we’ve learned some valuable lessons that will help us moving forward.

“The past few months have seen lots of people getting back on their bikes and we’re doing all that we can to make it as safe and enjoyable for them as possible. We’ve invested nearly £2m in the Princes Avenue scheme and hopefully it will help more people ditch the car and get on their bikes to get around.”

MORE - Liverpool Cathedral is on TripAdvisors top 10% of attractions worldwide