FACT boss Nicola Triscott has said she would take over Picturehouse at FACT ‘in a heartbeat’.

Speaking after the announcement to close the cinema along with the rest of its chain by international owner Cineworld, she even revealed she had made an offer to the multi-national company last year – but it was refused.

“I understand that,” Dr Triscott added. “I just wish they could find a way to stay open.

“I think there’s an audience for the varied Picturehouse offer that they have here, so much more of the independent films and international films.

“There could be a really good offer and I think Liverpool audiences would really respond to it.”

Nicola was speaking of her shock at the closure of Picturehouse at FACT after the ‘heart-rending’ decision by Cineworld to close its cinemas which include Picturehouse.

She said: “The news that Picturehouse are going to shut, temporarily but indefinitely, is really heart-rending.

“It’s half of our offering in the building. We’ve got the exhibition spaces that are open but to not have a full-scale cinema offering as well… and we don’t know what’s going to happen to the Picturehouse staff…”

Nicola, who is CEO of FACT Liverpool, said the news was a particular blow as the two teams had worked more closely since reopening after national lockdown, to ensure they had a ‘really welcoming, safe offer’ at the Wood Street venue.

“We have a joint meet and greet team at the front, we’ve had joint training, and all the systems in place have been mutually agreed.

“We are close. A lot of people at Picturehouse FACT are friends, and it feels like half of us are being ripped away without knowing when they will come back.

“Cineworld say they are closing indefinitely but temporarily. They are waiting for a line-up of films from the distributors so this was really triggered by the postponement of James Bond from November.

“I think a lot of big chains were holding out for that and that would save their cinemas, and when it was announced that was being postponed until April the writing was on the wall.”

Although Picturehouse will close from Friday, Nicola stressed that its exhibitions and educational offering would remain open.

She said measures had been put in place to ensure the safety of visitors and staff including the wearing of masks, hand-sanitising stations on every floor and the implementation of Track & Trace.

Installations, she added, had been made touch-free.

The first exhibition Nicola has curated for FACT Liverpool, And Say The Animal Responded, has finally opened and, she says, it has even greater meaning after coronavirus.

“And Say The Animal responded is about the animal voice and centring the non-human animal’s voice in the world and perspective on the world.

“Coming out of lockdown we are more aware of how pandemics can be released by intervening in nature and the animal world, and what happens when the world quiets a bit – animals do come back into our cities, we hear the dawn chorus.”

With culture evermore under threat after the virus, Dr Triscott said it was more vital than ever that we supported culture and artists.

“It’s made me realise how the social aspect of art is so important,” she said. “The online stuff we did was great but the online stuff worked best because it was bringing people together.

“The fact people have come back into the building to experience artwork in the way they have shows it’s a really social experience, people come with their families, with their kids, with friends (hopefully within their bubbles) and that’s a vital function of art. 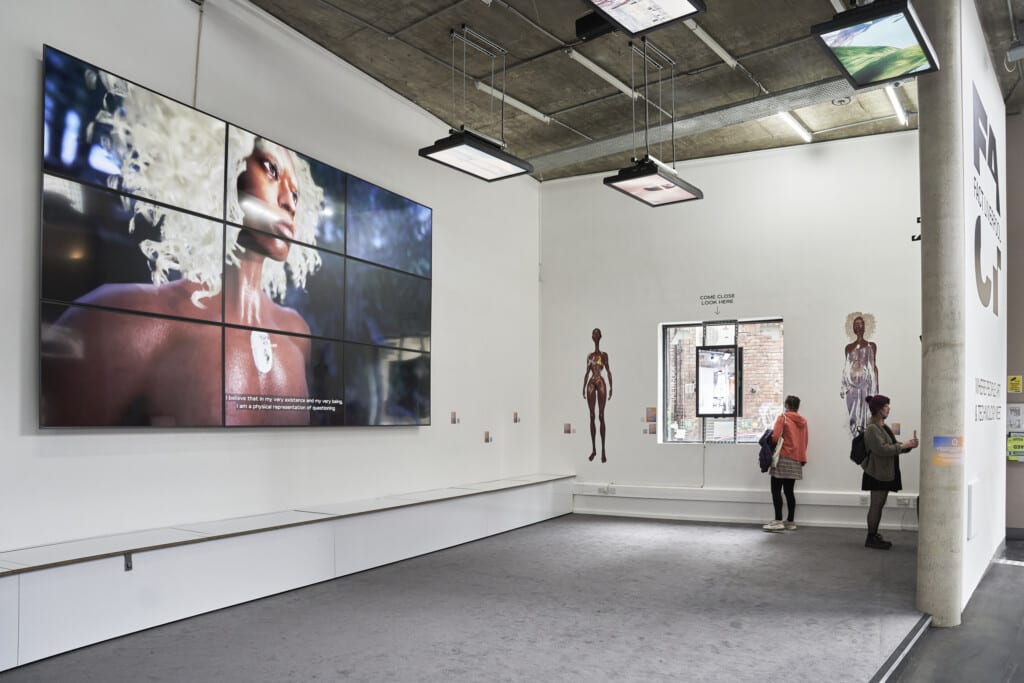 “We are going to have to re-think a lot about the demands to have lots and lots of people and make lots of money in different ways: all those things are going to be harder to do and maybe it’s not about having loads of people coming and experiencing things tightly together, but it’s about the quality of that experience, the quality of that engagement.”

She said she couldn’t claim to have all the answers but that the best people to tackle them were the artists and creative professionals who needed to be protected in a way they haven’t so far, with people falling through the net.

Bur Nicola does have hope for Liverpool FACT in 2021: “I would like to see a really active exhibition offer, I would love to have a full and thriving film programme, to see the café open and FACT out in the city.”