WATCH: Highlights of today's OVO Energy Tour of Britain on Wirral - The Guide Liverpool
Contact Us Advertise with The Guide Our Video Services Follow us: 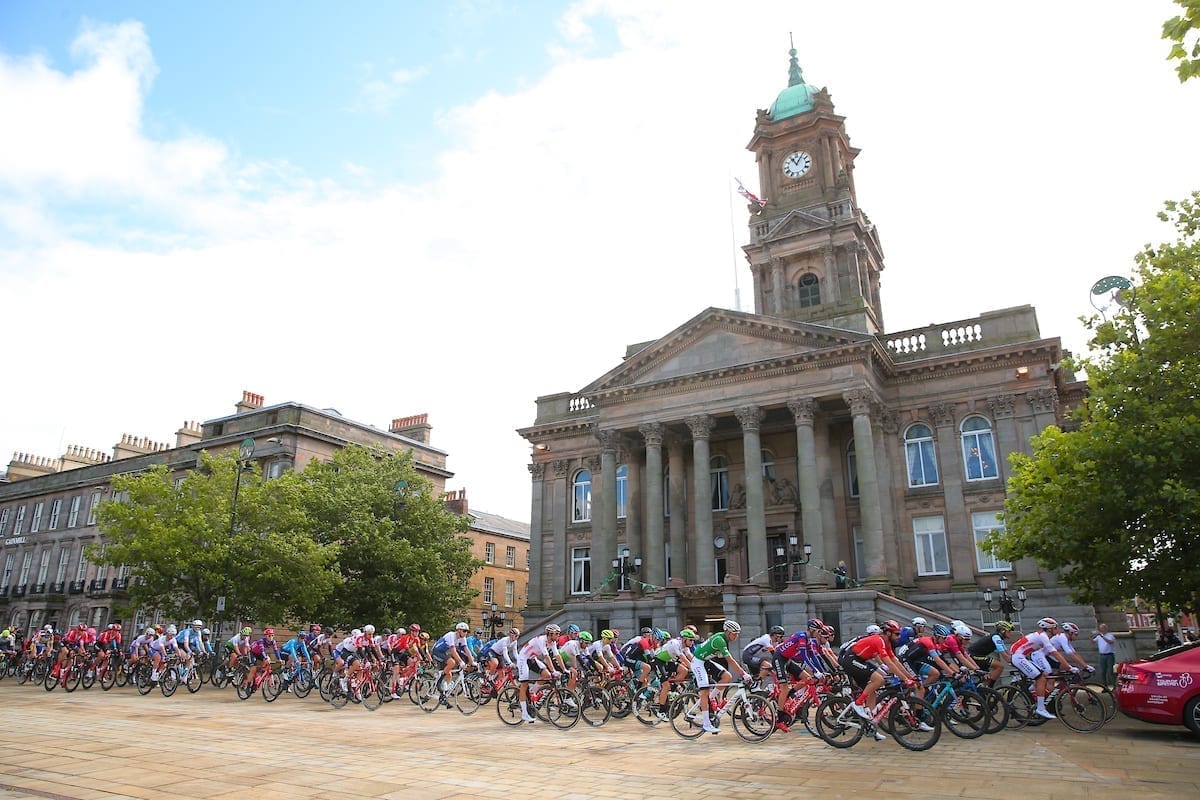 What a day on Wirral as the OVO Energy Tour of Britain soared into town, watcher highlights above and see what else is coming up on Wirral here.

Dylan Groenewegen made it three wins in five days at the 2019 OVO Energy Tour of Britain as he sprinted to win the race’s first-ever Wirral stage in Birkenhead Park on Wednesday.

The Team Jumbo – Visma rider added the stage five victory to Saturday’s success in Kirkcudbright and his triumph on Newcastle’s Grey Street on Monday in dominant style.

“I like this race, it’s a perfect race. I like to race here. It’s another hat-trick [in a race] for me so I’m really proud of that but I’m really motivated to get another win,” said Dylan Groenewegen.

“There was a small climb at the end of today’s stage – it was not a hard climb but the team did a very good job there. We stayed in a good position with one kilometre to go and then we went full gas. The lead-out was perfect. I’m very happy that I was able to take the win. The team worked very hard today and I’m really proud of them.” 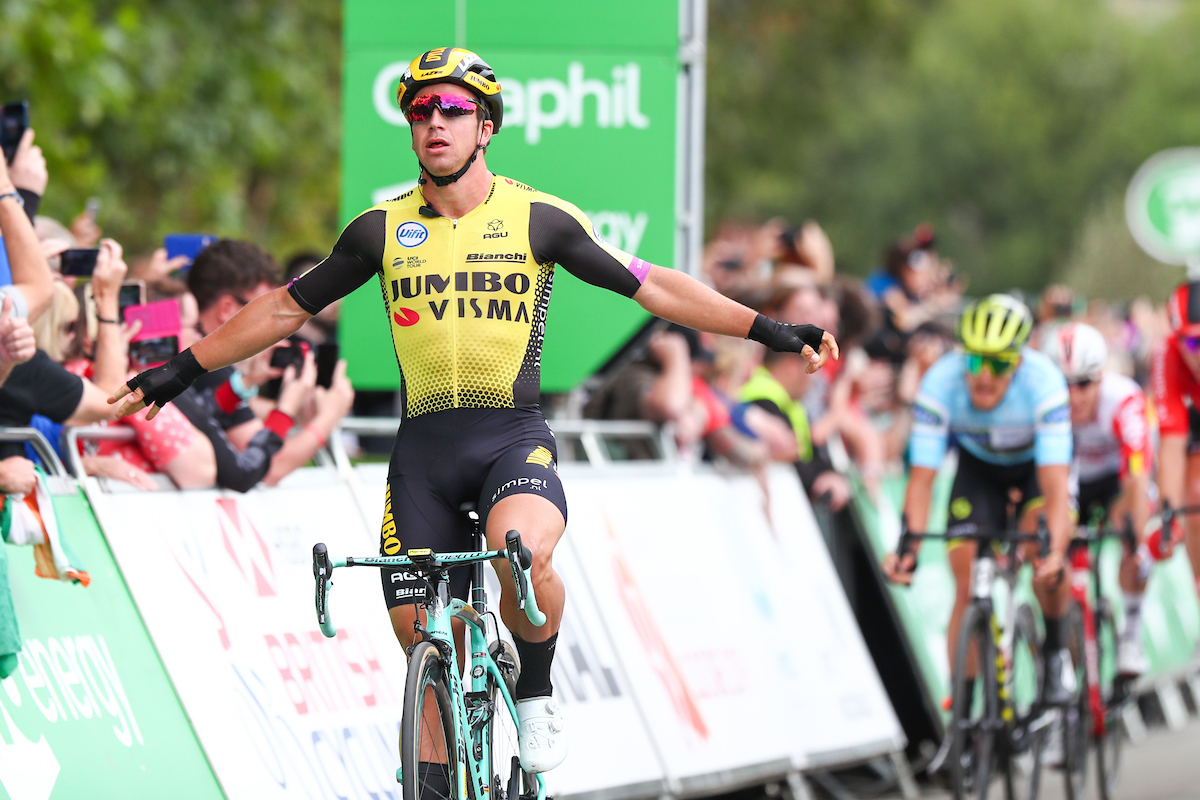 Trentin now leads by three seconds from Mathieu van der Poel (Corendon Circus), with a handful of riders also within striking distance ahead of the time trial.  One rider who will no longer be a threat to the overall was former winner Steve Cummings (Team Dimension Data), who crashed out of the top 20 and the race on his home roads on the Wirral.

“It was finally a kind of easy day even if it’s not as easy as it looks on television,” said Trentin, “But I think it just gives the guys a little bit of a relax today and try to focus on your sprint and it came out pretty good, I knew that I had to come from the back, to be honest I was a little bit too much but Groenewegen here just demonstrated once again that he’s one step above all the rest and I thought I had a good race and take bonus seconds to be back in the general classification lead.

Thanks to his presence in the day’s breakaway Jacob Scott (Swift Carbon Pro Cycling) moved to a 21 point lead over Dries de Bondt (Corendon Circus) in the SKODA King of the Mountains and also won the public vote for the Wahooligan Combativity award.

Rory Townsend (Canyon dhb p/b Bloor Homes) kept the Eisberg Sprints jersey, despite a fall in the closing stages, with a four point lead over his nearest rival.

Highlights of Stage Five are on ITV4 at 20:00 this evening.  Live action resumes at 12:45 on ITV4 on Thursday 12 September for the Stage Six individual time trial, which takes place in the Wychavon District of Worcestershire, as riders tackle a 14 kilometre out-and-back test from Pershore town centre.

The OVO Energy Tour of Britain is British Cycling’s premier road cycling event, giving cycling fans the opportunity to see the world’s best teams and riders competing on their doorstep and helping to build a great cycling nation.