Watch the audience reaction as the Magic Mirror comes to life at St Helens Theatre Royal - The Guide Liverpool
Contact Us Advertise with The Guide Our Video Services Follow us: 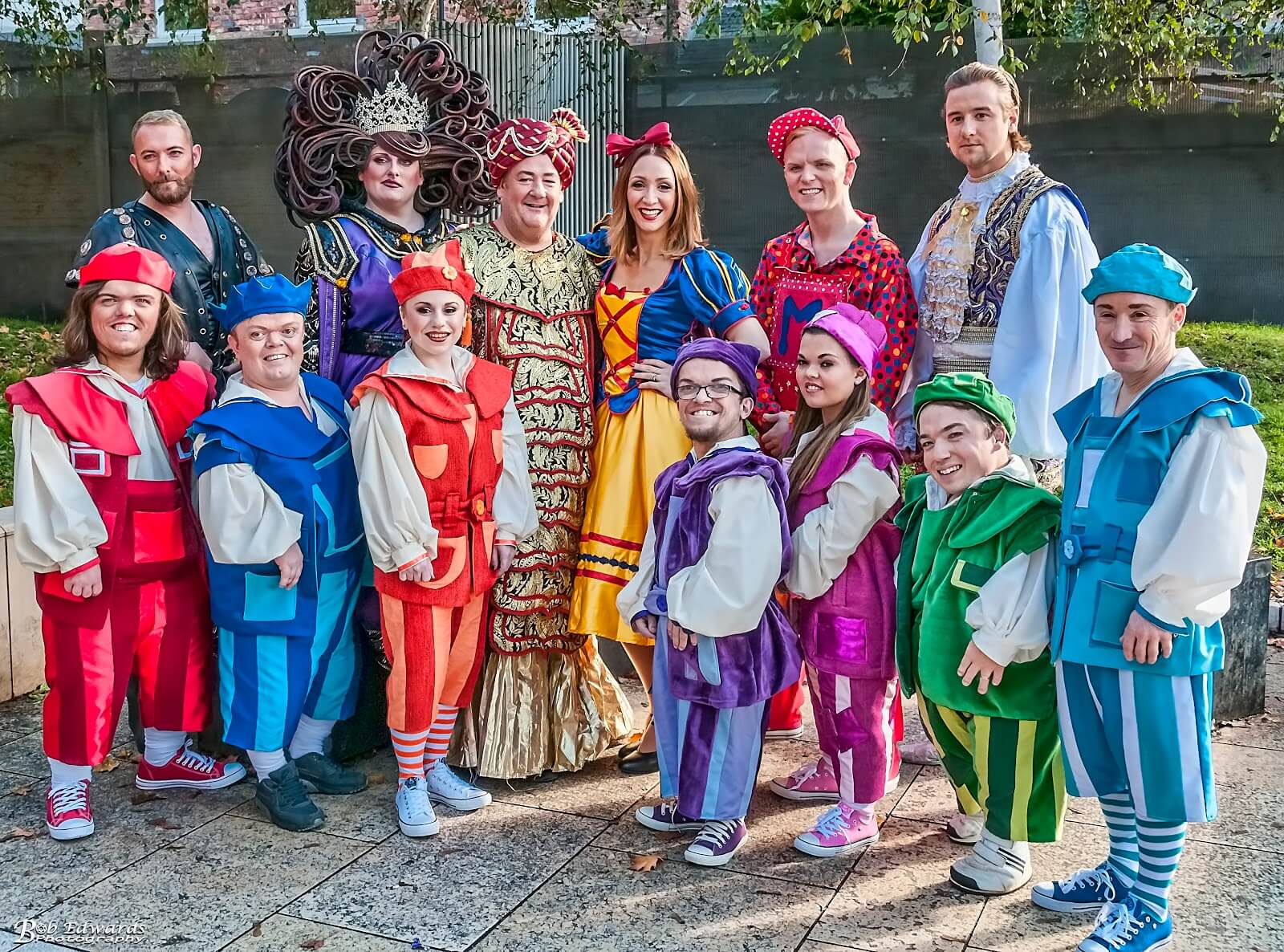 Mirror, mirror on the wall, who is the….hang on…is that Johnny Vegas?

An unsuspecting panto audience got a big….and loud surprise last night (Wednesday 27th December 2017) as family-fun show, Show White & the Seven Dwarfs, came to life before their very eyes. Having played his hilarious role as the Magic Mirror through 3D interactive video projection, St Helens comedian and Actor, Johnny Vegas broke free of his frame and stepped into the aisles to rapturous applause and cheering from the St Helens Theatre Royal audience.

Starring alongside Corrie’s Lucy Jo Hudson, panto baddies Si Foster and Richard Hazelwood, dashing Prince, Jack Rigby, the loveable Lewis Devine and the fabulous seven dwarfs, Johnny made a special appearance, cracking jokes, winding the kids up and carrying out his duties in helping Snow White live happily ever after. St Helens Theatre Royal was packed to the rafters on the night as families from across the north west settled down to enjoy this traditional story, with a hilarious twist, filled with catchy songs and incredible costumes.

You heard it here first! Magic Mirror himself @JohnnyVegasReal is stepping out of the glass LIVE to surprise tonight's @TheatreRoyalStH audience here to watch Snow White & the Seven Dwarfs. They've got NO idea!! pic.twitter.com/njdD519biz

Watch above as we catch up with Johnny, Lucy and all the cast ahead of the big reveal!

Panto Director and Producer Chantelle Nolan said:“Christmas is always a magical time of year for us at St Helens Theatre Royal, and Snow White really is the fairest panto of them all. We’re so happy to have Johnny here tonight and we can’t wait to see the audience reaction when he goes from screen to real life in the aisles. Lots of theatre’s use video projection to involve celebs in their panto productions but we believe we’re one of the first, if not the first to actually have the actor appear live.”

And this is how the big reveal unfolded @TheatreRoyalStH the crowd were gob smacked and @JohnnyVegasReal was straight in with the gags! True panto magic ❤️ pic.twitter.com/1Uyw0rljRA

The audience had clapped, cheered and sang their way through the action-packed first half of the panto and had settled into their seats with their 3D glasses, ready to watch the Magic Mirror appear on the huge screen when Johnny burst from the back of the stalls to surprise them all. The crowd had their phones out filming, little ones stared in awe and everyone was laughing as Johnny laid into the mums and dads for their Christmas jumpers and ‘Primark fashion’.  Having invited all the kids down to the stage to win a HUGE bar of chocolate, Johnny straightened his turban and got on with the show to a standing ovation at the final curtain call.

Snow White & The Seven Dwarfs at St Helens Theatre Royal has extended it’s run until 14th January 2018. Click here  or call 01744 756 000 to find out more and book your tickets to see this brilliant family fun show. Follow @theatreroyalsth on socials for updates and behind the scenes pics!