WATCH: What a year! This was your 2017 in Liverpool - The Guide Liverpool
Contact Us Advertise with The Guide Our Video Services Follow us:

WATCH: What a year! This was your 2017 in Liverpool 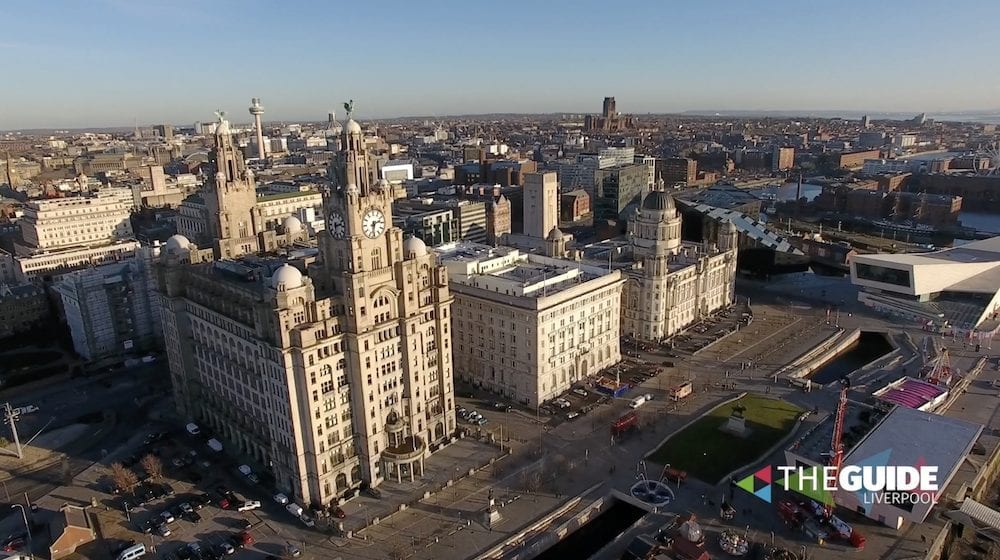 Home › Culture › Celebrity › WATCH: What a year! This was your 2017 in Liverpool

What an incredible year we’ve had in the best city in the world.

We’ve lost count of just how many AMAZING events, attractions and venues we’ve welcomed to Liverpool in 2017. Staying true to our roots, we’ve celebrated our rich maritime history on the waterfront, been on countless boats and raised one hell of a glass to the Fab Four and what is arguably the most famous and ground-breaking album of all time.

We met some incredibly talented, passionate and downright hilarious people, danced the night away at phenomenal festivals and club nights, laughed our asses off at the theatre, welcomed the very best of international music stars, paid homage to our service men and women and wracked up the miles raising much needed funds for our fantastic local charities with our feet…..and we were there for it all.

Liverpool enjoyed a never-before-seen, city-wide celebration of one of the most influential albums of all time – Sgt. Pepper’s Lonely Hearts Club Band this year and with 13 events (to match the 13 tracks on the album) we ‘Suspended Time’ at Woolton Woods, watched a magic circus at Aintree, captured a Lovely Rita Riot on Hope Street and so much more. Click here to relive the celebrations.

Bigger and better than ever before, LIMF returned to Sefton Park for four days of live music, performance and family fun. International DJ’s, home-grown talent, indie rockers, RNB legends and the hottest pop acts, descended on Liverpool to put on Europe’s biggest free festival, and for the first time ever, our cameras captured all the behind the scenes action as well as artist interviews from our LIMF TV studio. Click here to watch all the celeb interviews.

River of Light returned to the Mersey on 5th November with a huge firework display that spanned both Wirral and Merseyside. We hopped on board HMS Charger to capture the show from the river itself as well as all the brilliant free lights, lanterns and musical entertainment from our iconic waterfront. Who saw the River of Light fireworks with us this year? Watch the highlights here.

4 – BBC Sports Personality of the Year

The Echo Arena welcomed the cream of the UK sporting crop in December as BBC Sports Personality of the Year returned to Liverpool, the first time the annual awards bash has returned to a host city. We were on the red carpet to chat with stars of the track, field, pool, rink and ring and to bring you their predictions for the most coveted sporting award in the country. Watch all the action here.

The Clothes Show had a major rebrand and moved to its new home in the north this year as British Style Collective. From our live BSC studio, we brought you all the catwalk action, celeb interviews, latest fashion and style guides from those in the know. St George’s Hall, Echo Arena and Convention Centre enjoyed shopping, shows and meet n’ greets galore. Walk the catwalk with us here.

It’s been a bumper year for spotting famous faces in Liverpool as the world of sport, fashion and music got their fix of scouse glamour. First timers to the city raved about our nightlife, our beautiful waterfront and the shopping! We chatted with everyone from Samantha Quek, Anthony Joshua, Rebecca Ferguson, Ken Dodd, Gillian Kearney, Tom Daly, Mollie King, Kimberley Walsh, John Power, Corrine Bailey Rae, Becky Hill, JP Cooper and so many more. Click here to see who popped in during 2017.

7 – Clipper Round the World Race

More than 50,000 people lined the Merseyside waterfront as the Clipper Round the World Race sailed up the Mersey and into the Albert Dock as Liverpool hosted the annual race start, and this year we even had our own boat! Liverpool 2018 – all dressed in pink, took her place in the dock while we chatted with race creator Sir Robin Knox Johnson and scouse crew members Paul and Lance ahead of the epic, 12 month journey. Click here to see all the race info.

We’ve racked up some serious mileage around the Liverpool city region this year, raising vital funds for local charities. We’ve worn blue for Rhys, donned massive scouse wigs for Clatterbridge and joined reds and blues in harmony as we remembered the 96. If there’s one thing Liverpool does well, it’s support a worthy cause. Click here to see the amazing charity events you’ve supported in 2017.

Thousands of people hit our waterfront in the summer to experience the best of our International Mersey River Festival and also to pay homage and say thank you to our incredible armed forces on Armed Forces Day 2017. We were wowed with tonnes of live displays, military vehicles including aircraft, tanks and a stunning fly over from the Red Arrows. With HMS Duke moored up and a huge parade through the city, it was a weekend bursting with pride, click here to watch the action unfold.

Halloween is always a fun time in Liverpool with more dressing up, masks, face paint and parties for the adults than the kids. We scared ourselves stupid as Farmaggedon stepped up the scare farm, Camp & Furnace invited us to solve a gruesome kidnapping in Wonderland, braved the chamber of horror at St George’s Hall and survived the Voodoo Ball at Invisible Wind Factory. Those who made it through the night lined the city streets and Albert Dock as the incredible Lantern Company Parade wowed the crowds. Watch our 2017 fright night coverage here.

Can you spot yourself in our 2017 highlights? What’s your best 2017 memory? Tweet us @TheGuideLpool or drop us a line on Facebook here and we’ll share the 2017 love on our socials.