We chat with the One and Only Chesney Hawkes about his Rainford festival appearance and his Uncle Gerry! - The Guide Liverpool
Contact Us Advertise with The Guide Our Video Services Follow us:

We chat with the One and Only Chesney Hawkes about his Rainford festival appearance and his Uncle Gerry!

It’ll be a Picnic In The Park when Chesney Hawkes arrives in St Helens on Saturday to headline the Rainford music festival – and the 90s pop legend can’t wait.

“It’ll be great, they’re the best ones. You get to meet people from the local area, you make friends, and you often re-visit,” he says.

The 50-year-old father-of-three is back in the UK from his home in Los Angeles from where he now regularly commutes for work.

He recently starred in a cameo role for Hollyoaks, appearing at Nancy and Darren Osborne’s wedding, and he’s in constant demand to play live, both as himself and with the Tremeloes – dad, Len ‘Chip’ Hawkes was a singer with the 60s beat band and Chesney has taken over the reins since he was diagnosed with cancer some years ago.

It’s hardly surprising he was destined for a career in music. 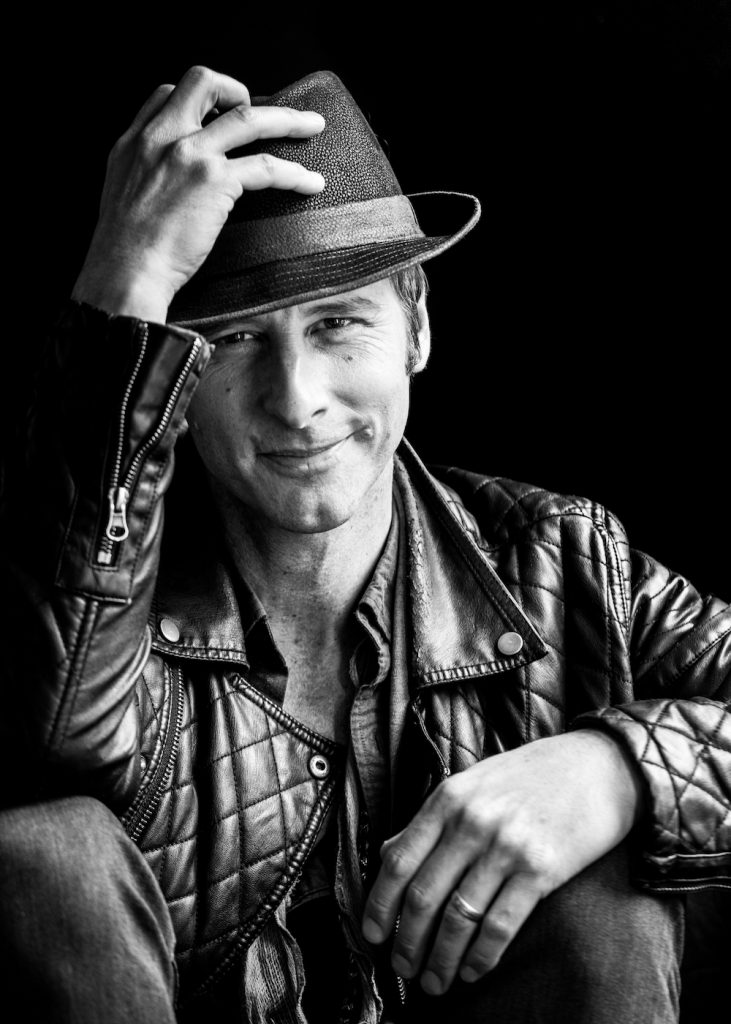 When he was growing up, some of the biggest names of the time would often be visitors to their home, bands like Herman’s Hermits, The Searchers, Marmalade, and Dave Dee, Dozy, Beaky, Mick & Tich.

“My dad knew all of these guys – he even toured with The Beatles and The Who. When we were growing up, me and my brother and sister knew they were famous, but it was so normal to us. And it was great, a fantastic upbringing.

“My dad threw parties with a stage, and they’d have jam sessions.”

One of the most regular visitors was Gerry Marsden, or ‘Uncle Gerry’ to Chesney: “Gerry was one of my dad’s best mates and he was always the life and soul of the party,” smiles Chesney. “He was for me one of the greatest live performers ever, not just because he was a great singer and guitarist, and the songs were great, but he was a comedian. I think if he wasn’t a musician he could have been a stand-up comedian. 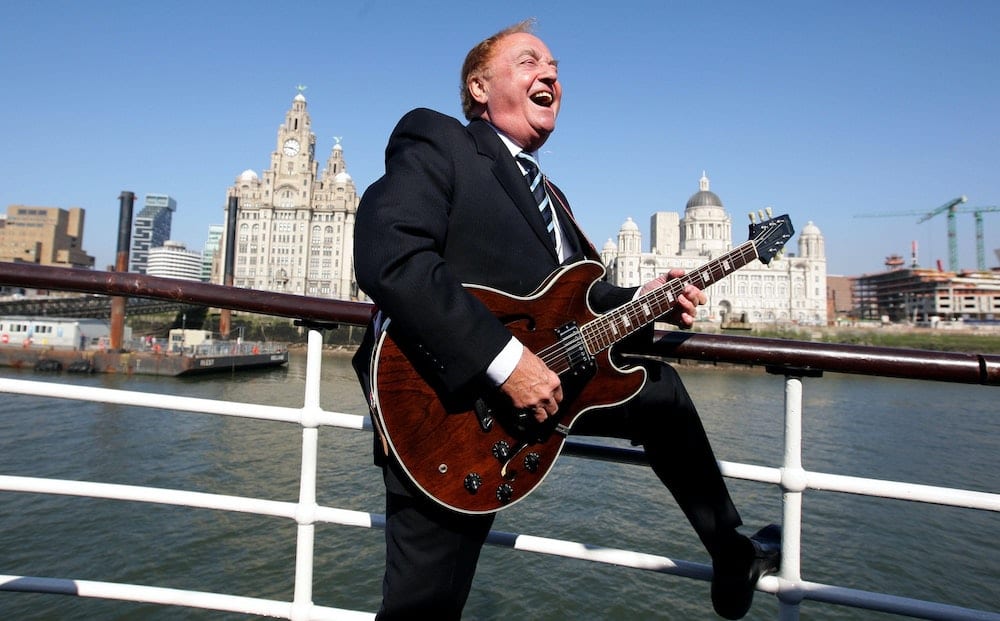 “I have great memories of him right up to the end, back stage at a Tremeloes gig – Chesney regularly performs in Sixties Gold tours – and he’d sit there with his red wine in his dressing room, and he’d be like, ‘alright our kid?’ and ruffle my hair like he always did.

“Last year I was doing a Tremeloes tour and when we played Liverpool we did a tribute to Gerry, and his wife and his two daughters were there; we had a big screen with pictures and we all sang You’ll Never Walk Alone. There was not a dry eye in the house.”

The One and Only, taken from the soundtrack of the film Buddy’s Song which he starred in, catapulted him to fame in 1991 and, while he has had other hits after, they’ve struggled to have the same success.

“I’ve had my ups and downs with the song over the years,” he admits. “So much so that, through the 90s I didn’t play it at all after the rise and fall as it were.  I refused to play it, and formed bands with different names and pretended was in Radiohead. If anyone asked for The One and Only, I’d tell them to bugger off.

“From 1991 to about 2000 I didn’t do anything as ‘me’ at all and then I got offered a couple of university gigs to play as Chesney Hawkes, and of course they wanted me to do The One and Only. I was trepidatious about doing those gigs because I thought it’s been 10 years, no-one going to remember me and these kids would’ve been nine or 10 years old when it came out, it’s going to be a disaster.

“But the song had been passed down and in those years, and even more so now, it’s become an iconic cult record in a way, which is really nothing to do with me. It’s a beautifully crafted song, written by my old mate Nik Kershaw, and I’m proud of it.

“When I play it, you feel the energy as soon as that opening chord comes on and people go nuts for it.  Now I have so much love for it.” 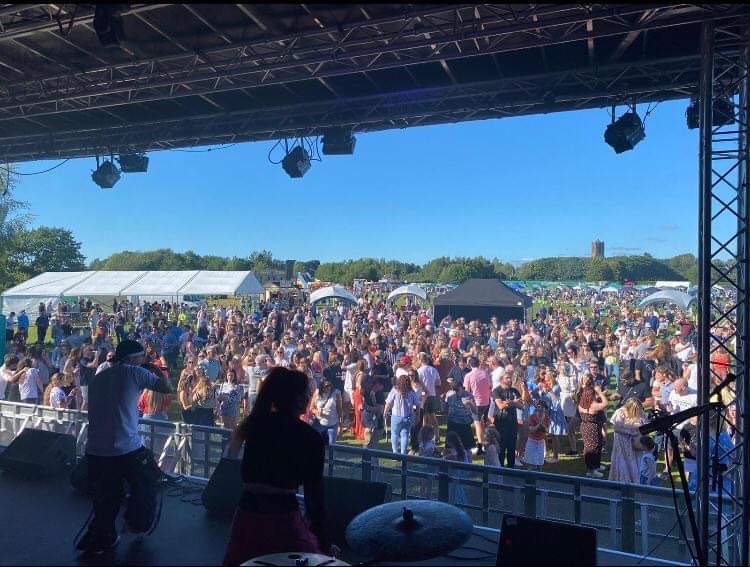 Rainford’s Picnic In The Park

As well as playing live as himself and the Tremeloes, Chesney manages to keep himself busy.

Earlier this year he brought out a box set – The Complete Picture: The Albums 1991-2012 – partly to show there is a lot more to him than the one song.

And he is set to bring out an album of new music next year which has been produced by Jake Gosling, who discovered Ed Sheeran.

There’ll be some ‘kick-the-door-down pop bangers’ as well as some introspective with lyrics that are close to his heart, but there’ll be a few surprises too: “Jake is an A-list producer and he’s dragged me into the 21stcentury a bit. He even got me rapping at one point – but don’t be scared,” he laughs, “it’s not that bad.”

He would love success with new songs ‘as any musical artist would’, but he goes on: “I’m not after that crazy fame thing, which probably wouldn’t happen anyway.

“It’s a very different world for me now and my priority is my family, my wife Kristina who I’ve been with for 27 years now, and my kids,

“I’m grateful that I’m still able to make music and make a living playing my guitar.

“I look back on my life and, of course, there may have been a few things I may not have done, or I may have chosen to do things I didn’t do, but I’m glad the way it all happened; everything I have experienced, the good and the bad, the tough and the wonderful, has brought me to where I am right now.

* Chesney Hawkes is headlining Picnic In The Park in Rainford on Saturday, June 11, and appearing at Let’s Rock Liverpool on July 30.

Find out more about the festival on the Facebook page here.