We meet Liverpool social media superstar, Scouse Ma - The Guide Liverpool
Contact Us Advertise with The Guide Our Video Services Follow us:

With well over a million social followers and a reputation for speaking her mind, Scouse Ma has no shortage of people telling her what they think.

But there’s really only one she listens to – Scouse Ma’s own Scouse Ma.

“My mum is on Twitter and I’ll get messages off her saying, ‘I wish you wouldn’t use the C-word so much’ or ‘why do you have to use that word, love?’” she laughs.

“But if someone has a go at me, the next thing I’ll see my mum in the comments going ‘excuse me …’ and then I panic because anyone starts to have a go at my ma there’ll be murder!

“She’s changed her name on there, everyone knows her as Jean, and now she’s become a bit of a celebrity. People will say to me ‘do you want to come to our store and bring Jean?’ She’s brilliant, really supportive, and I know she’s really proud of me.”

For mum-of-three Elle, being Scouse Ma has been a full-time job since 2015. She started with a Twitter account in 2012, before moving on to Facebook and Instagram in 2014. It was then that the Scouse Ma went global.

“I’d been married to a soldier, we were travelling round the world, then we got divorced and I came back to Liverpool. I was finding my feet, I’d never been on Twitter before so I thought rather than put myself on there, I’d just have a nose from an anonymous account. That got quite popular, then Facebook took off a bit more, but it was when I went onto Instagram that it went absolutely through the roof. Suddenly I was gaining 60,000 followers a month and I had no idea why.

“I never thought, I’m going to become this, there wasn’t a plan. It was just a mess about, it really was. I think Scouse Bird, Steph, paved the way and then other ones started popping up and that was where my inspiration came from.”

As her following grew, she gained fans in the US, Canada and Australia especially. Lots are ex-Liverpool families who’ve emigrated, but there’s plenty of curious non-Scousers too. 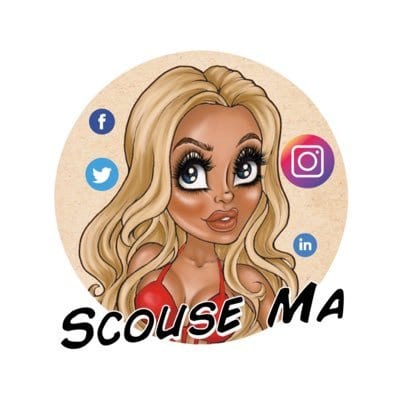 The content’s changed too and there’s less time spent arguing on Twitter now than in the early days.

“It was more like a character then and now it’s more me and my opinions although I’m very different on Instagram and Facebook than I am on Twitter. It’s like playing different roles on different social platforms. Instagram is where most of my income comes from, so I can’t be sitting on Twitter arguing or going on a thread and reading all the replies any more. I’ve had to become more focused.”

Taking the leap to turn Scouse Ma into a business in 2015 was a big deal, Elle admits.

“When I came back to Liverpool I was a single mum on benefits, I didn’t have any clue of what I wanted to do and my eldest is autistic so I was caring for her. When Scouse Ma took off, that’s when I realised I could make money from it. It was such a scary thing to go it alone and let go of the benefits that were providing the cushion for us, but obviously it was the best thing and I did it without any help which I’m quite proud of.”

Get the latest news and features for Liverpool here.

Straight talking is a big part of her appeal and with that comes a thick skin that she’d developed over the years, although she admits she’s not totally hardened to criticism.

“If I’m in a bad mood or I’m down then a comment – even if it’s not that bad – can really upset me. But the majority of the time I think, it is what it is, I’ve been on there long enough to know that if people are having a bad day then they sometimes take it out on Scouse Ma. I used to argue with people all the time, now I pick my battles and if I think it’s worth having a little argument with them then I will do – but majority of the time I’ll give them a quick clap back and then mute them! They can just argue into the void.

“It’s usually people whose views are directly opposite to mine politically or morally – Tories, racists and bigots – who get offended and I lose no sleep over that whatsoever.”

Elle has been home-schooling in lockdown. “Which has been a nightmare because, like a lot of parents, I work from home,” she says. “People think I just sit there posting memes about willies all day and telling people to p*** off, but it’s not like that. I answer every email and message myself on all the platforms, I don’t have anyone else to do it for me. 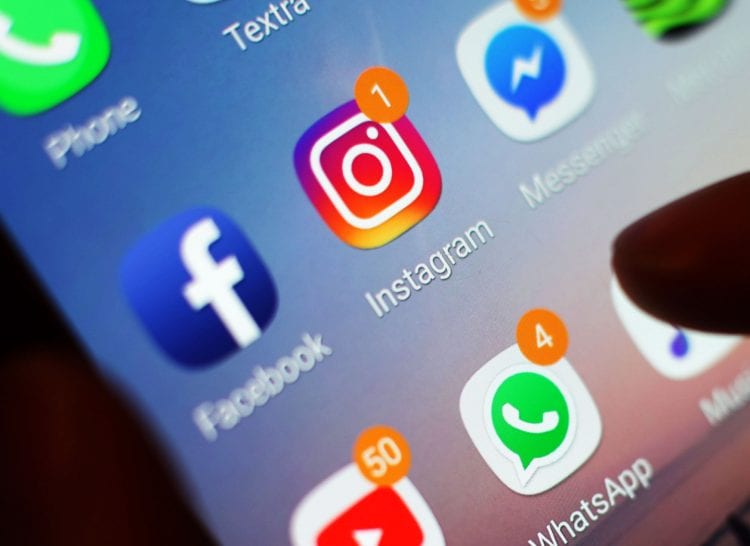 “I plan what I’m posting in terms of promos and then I’ve got the kids schoolwork to do as well.  With Instagram being international I’ll have Americans wanting promos at 2am, or midnight, so even if I just want to go to bed I can’t.

“I know there’s software that will do it, but I’m a bit of a control freak so I think what happens if it goes wrong? And if someone’s paying me for a service then they need to know they’re getting a good one.”

This lockdown, she says, she’s actually found easier because she went into it with a different attitude. “The first one I just spent eating and drinking, and the weather was lovely so it was like Creamfields round by ours, all barbecues and music. This one I thought I’d go into it differently, not drink and stuff myself with takeaways, I’m going to go out and doing walks and I think it’s helped.

MORE - 9 Merseyside virtual tasting sessions you can enjoy at home