There was a very special moment on the LIMF Summer Jam Central Stage on Sunday evening as a local artist was awarded for not only their love of music, but also their determination and drive to succeed in the industry.

Presented for the first time, The Jan McNicholl LIMF Academy Spirit Award is dedicated to the memory of one of our city’s event managers late mother Jan, her love of music and passion for seeing young people work hard to reach their potential. The McNicholl Family wanted to acknowledge and award a young person from the LIMF Academy who has shown fighting spirit, dedication and of course, a genuine love of music. 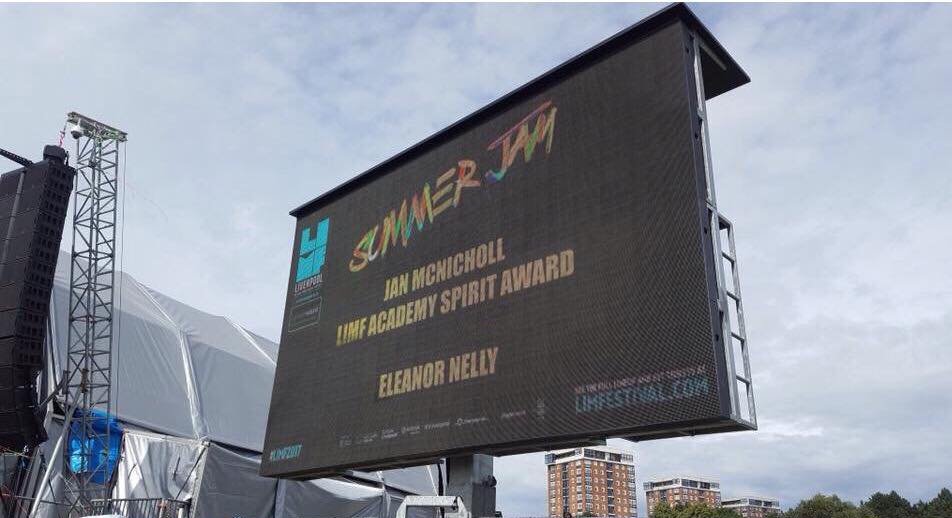 Summer Jam host, Jay Hynd took to the stage on Sunday evening with none other than JP Cooper to introduce the first recipient of the Jan McNicholl LIMF Academy Spirit Award to 17 year-old Eleanor Nelly.

We spoke with Eleanor the day before her award was given, she had no idea what was coming the following the day.

If you don’t already know, Eleanor is a Liverpool singer songwriter who has been on an extraordinary journey and successfully completed the LIMF Academy programme, which supports bands and artists between the age of 16-25. In the last 7 months Eleanor has been signed by DECCA records, recorded in LA and the historic Abbey Road and realised her dream of visiting Nashville in the US too. 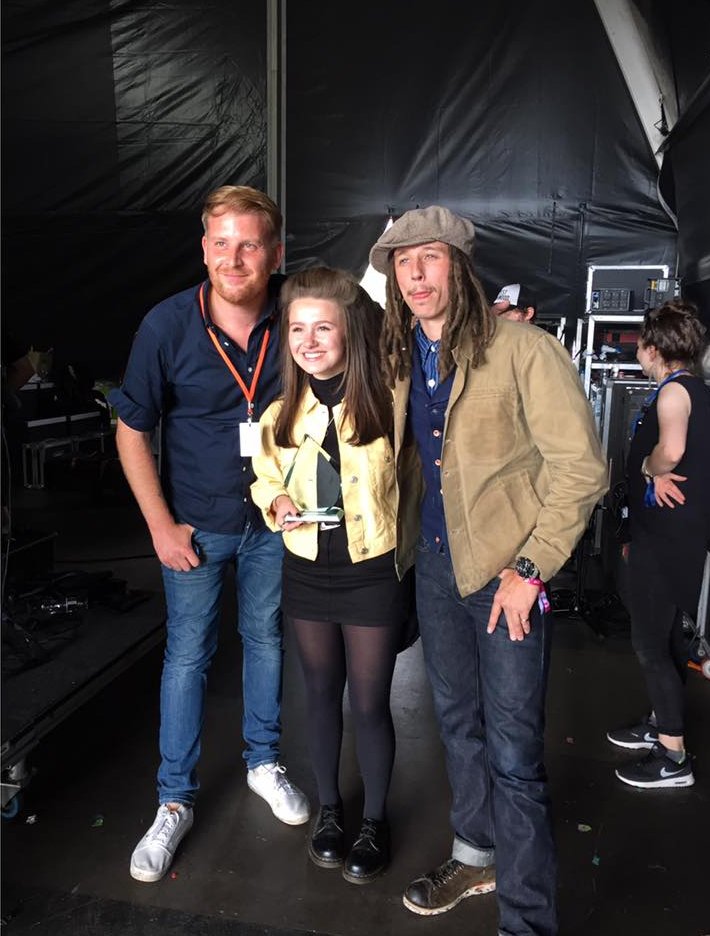 Eleanor has been chosen to receive this award not just because of her incredible talent, but also because of her endless positivity, drive and ability to make everyone around her smile.

Despite being just a few feet away from Jay as he introduced the award, Eleanor, joined by her mum, had absolutely no idea she was receiving an award until she heard ’17-year-old’, and that’s when the penny dropped. With her guitar on her back, Eleanor was brought on stage a bit shell-shocked to receive her award, full of smiles.

Click here to watch all the action from LIMF 2017