We speak Liverpool comedy star Jack Ryan about his next live show this October - The Guide Liverpool
Contact Us Advertise with The Guide Our Video Services Follow us:

After two years on some of the most prestigious cruise liners and topping the bill in cabaret clubs throughout the Costas, young comic Jack Ryan is known around the world.

He’s just not so famous in his home city!

But that’s something the 25-year-old from Maghull is planning to change.

Jack is hosting his own show, Jack Ryan – Live, in Frames Lounge in Walton in October.

“And I’m just hoping that more Scousers get to know who I am,” smiles Jack. “I don’t dream of being famous – although I wouldn’t mind that – but I’d love to do telly one day and be someone that people know, especially in Liverpool, my home city. 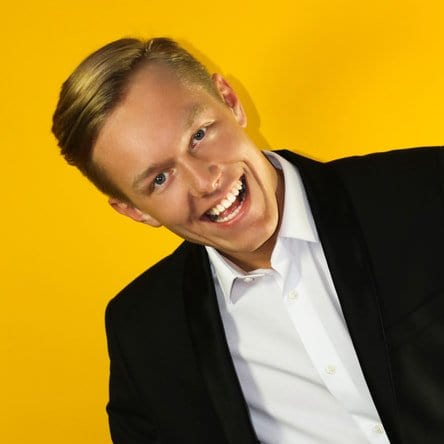 “I know it sounds cheesy, but I love making people laugh. It’s the biggest buzz.”

Jack describes himself as an old-school comic with more than 10 years’ experience of performing his show. With a cheeky style and perfect timing, he spends a lot of time writing and putting together his act to suit his audience and he’s studied some of the comedy greats, like Bob Monkhouse – and even got tips and advice from another of his heroes, local legend ‘King’ Ken Dodd.

“I met Ken a couple of times,” says Jack, “and he was great, a lovely man, taking time to talk to me and give me advice and tips.

“It was a privilege to learn from one of the best and he taught me not to rush through my material but to take time, and to wait for the laughter – that I would get it.

“He said that when I was getting a laugh then, the audience would know I appreciated it. And I do.”

“I was the class clown, always making my fellow pupils laugh with the teacher often the focus (although that obviously didn’t always go down as well with them as my classmates)! And when I started doing it on stage the reaction was amazing. 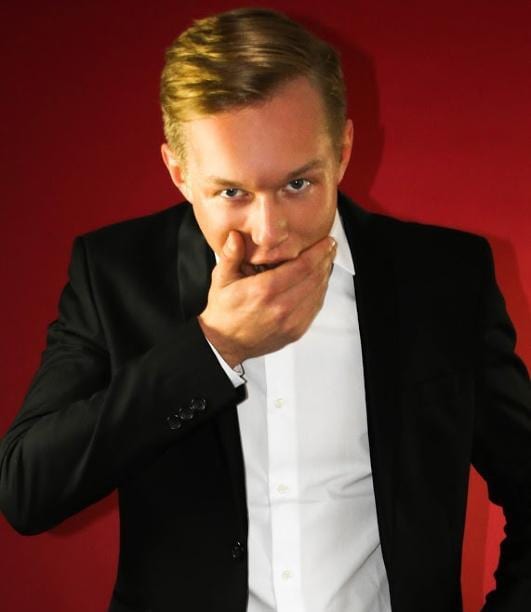 “When you tell a joke and get a laugh, it’s the best thing in the world.”

Life on board has obviously dried up for Jack a little over the last few months, with no ships embarking on their luxury voyages and clubs having to close during the pandemic.

“I have survived on savings although I was concerned,” admits Jack, “but more than anything I missed being on stage.

“I have been doing stand-up since I was 16, doing the clubs in the UK and sportsman’s dinners; in Benidorm and places like that and, then, the cruise ships.  I wasn’t sure about them at first, I thought it wasn’t for me, but it’s been absolutely brilliant.

“I have travelled the world to exotic locations like the Caribbean and as far away as Australia – that’s where I was when lockdown was imposed and I had to fly home.

“You get on with the passengers, you get your own cabin, you’re driven and flown to and from the ship, do two shows in a week to audiences of 1100. It really is brilliant. I had to increase my act from 15 minutes to have three hours of material and I had to tailor it, especially for the Americans who’d never heard of The Asda!”

Now though, Jack wants to make his mark on home territory.

“I was thrilled to be nominated in a list of the top 25 funniest Scousers,” says Jack, “but still a lot of people don’t know who I am. I want to change that.

“It’s unusual to host your own show and it’s a risk, you’ve got to sell tickets and get the audience in, but I hope I can do that.  I’m very confident when I’m on stage, but the ‘me’ off it is a bit different. 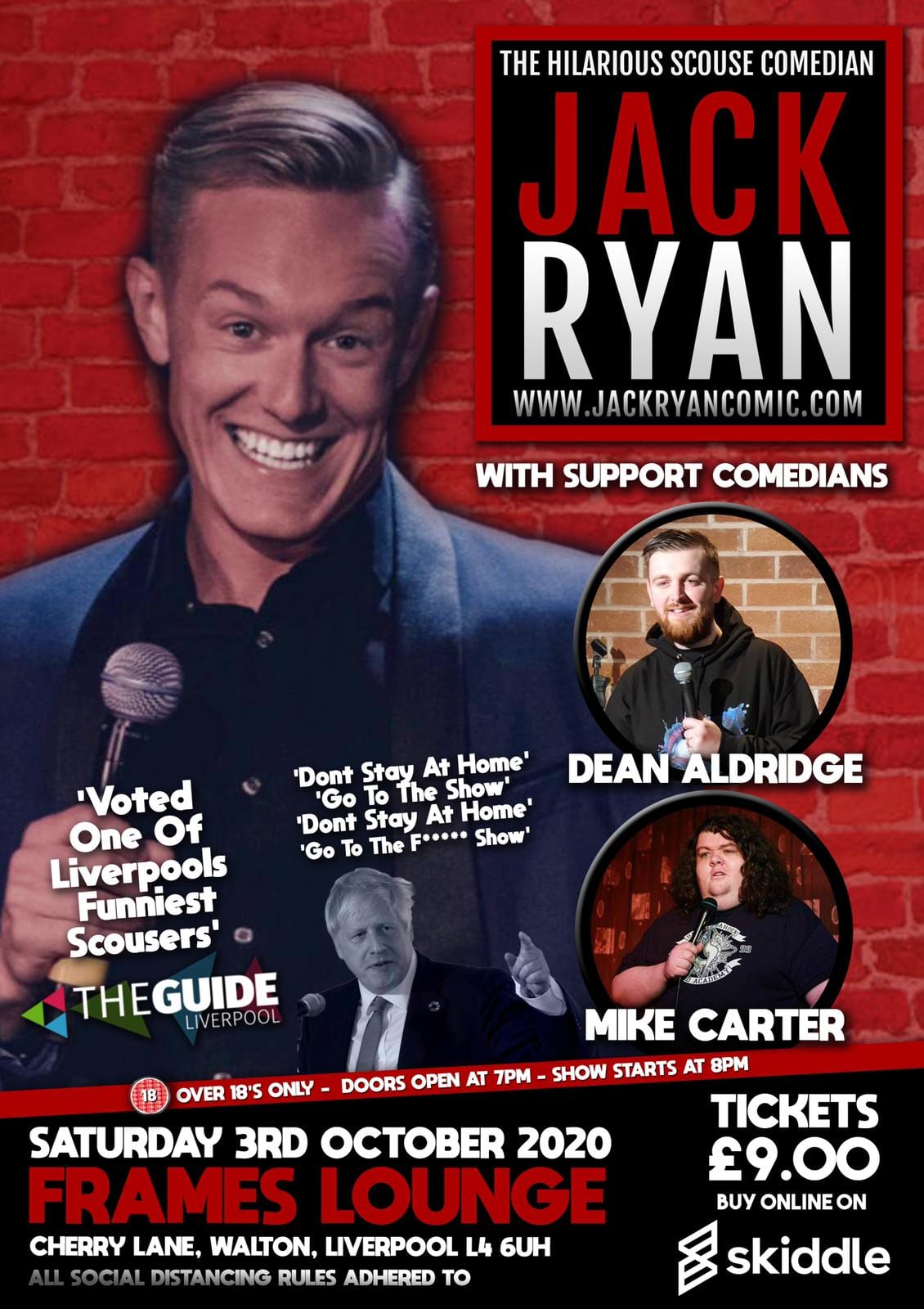 “I do gags and one-liners and I’m clean – but woe-betide anyone in the audience who stands up in their seat.  I will use the audience in the act, but it’s all fun,” adds Jack, who last year supported Liverpool comic Frankie Allen whose act went viral last year.

“The show I’m hosting at Frames Lounge in Walton will be on October 3 and I am chomping at the bit to get back on stage.

“Everyone in Liverpool is a comedian, as they say, so I know it might be a tough crowd but I’m so excited at the thought of cracking it at home, to have fellow Scousers know who I am – and following in the footsteps of one of my heroes, Doddy.”

For tickets for Jack Ryan – Liver (with support) go to the website here.