What's the latest update from the archaeological dig at the Albert Dock? - The Guide Liverpool
Contact Us Advertise with The Guide Our Video Services Follow us:

What’s the latest update from the archaeological dig at the Albert Dock?

With just three digging days left at the Piermaster’s Green at The Albert Dock, organisers haven’t ruled out hopes of that ‘special find’.

“When you get something unexpected it’s always in the last days of a dig, so we are still hopeful of that fascinating find,” says Vanessa Oakden, regional and community archaeology curator for National Museums Liverpool.

“There’s still been stuff coming up so we’re keeping fingers crossed for more in the last few days, but it’s been really interesting and successful, and we’ve been pleased with what we’ve found so far.” 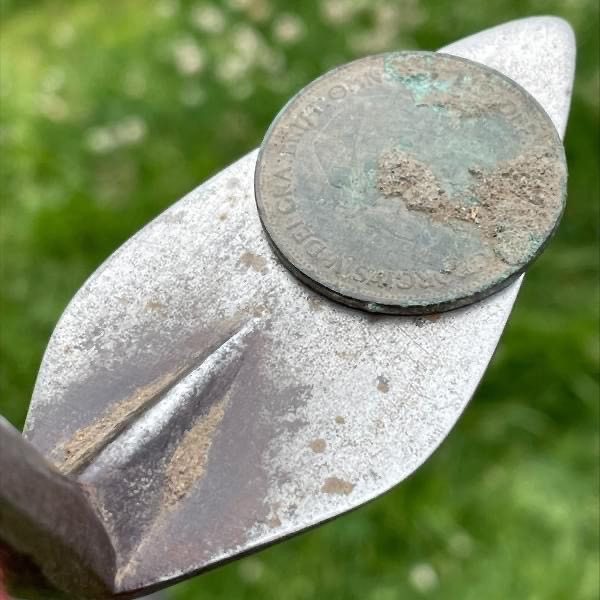 The archaeological dig has been taking place on land next to the Piermaster’s House, to try and uncover foundations and artefacts from houses destroyed in the Blitz of World War II.

There were four homes built by Mersey Docks and Harbour Company close to where the Billy Fury statue now stands, and where only the Piermaster’s House remains.

The community dig began on May 26 with the Museum of Liverpool’s archaeology team being joined by volunteers to try and unearth a history of the family life of those living there, and it will finish on Friday (July 30).

So far, the team has uncovered fragments of willow pattern pottery; slate, roof and floor tiles, and other more specific finds, like a halfpenny George V coin and a key to an oak wardrobe the door.

“One of the really special finds is the number plate from the door of 8 Albert Parade,” adds Vanessa. (The homes were number 7 and 8, and the Piermaster’s House is number 9).

“We would have liked to have found children’s toys, maybe some marbles,” adds Vanesa, “but that we haven’t managed. The people who lived in these houses worked for the Mersey Docks and Harbour Board and as representatives of that they would have been expected to keep high standards of cleanliness in their homes, so it’s less likely there were things left lying about to be discovered by people like us. 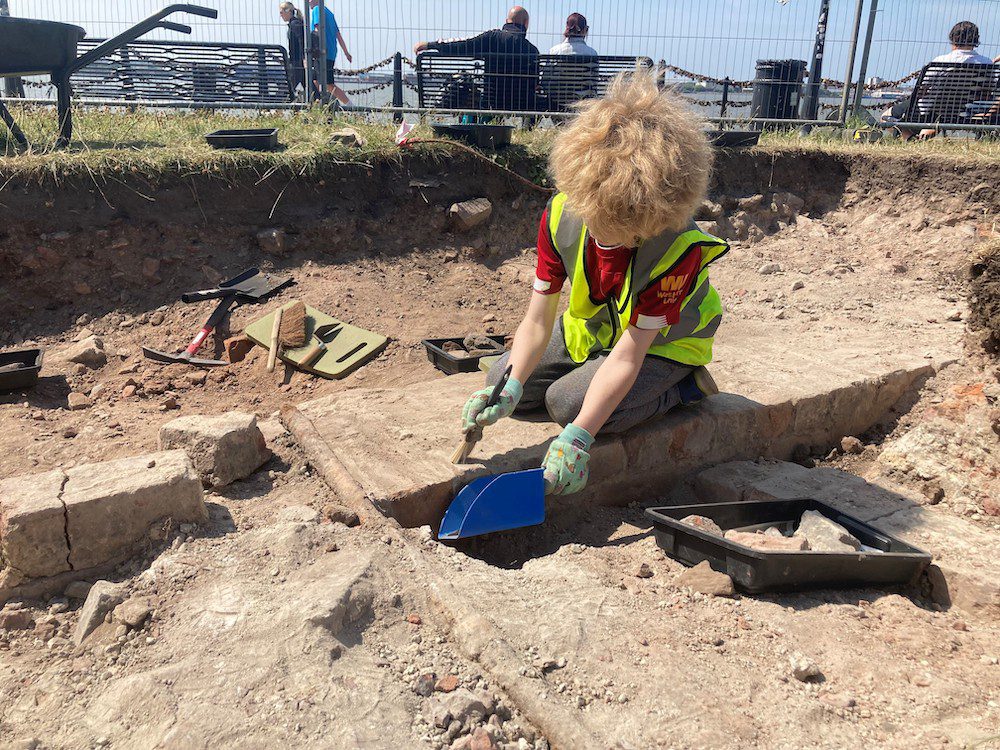 “But we’ve got 79 trays of finds – and who know what might happen in the next three days?”

Vanessa says the dig has gone well and the volunteers have been ‘brilliant’ in their efforts: “Especially the waterfront residents who have been digging with us. It’s their local history, they are digging in a spot they’ve probably walked over hundreds of times, and that’s what’s been brilliant about it. 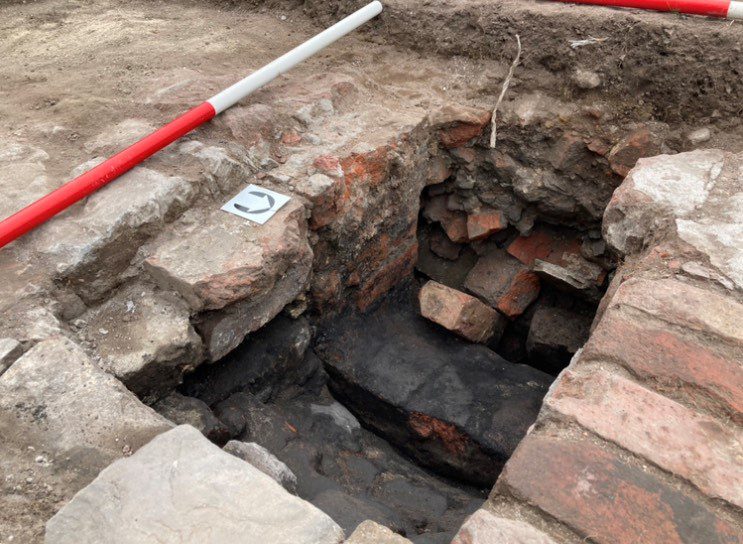 “We have also spoken to more than 3,000 people at the fences surrounding the site, who have asked questions about what we’ve been doing, and we have been contacted by people whose relatives worked for MDH.

“One was the granddaughter of one of the last dock masters, another lady’s aunt went to live in one of the houses however she was not able to describe the interior in detail because, as a child, she was expected to sit and ‘be seen but not heard’.

“It’s great to hear people’s stories and memories and it helps us to build a picture of what life was like at the time for families there, especially, with a small site like this, when we combine the findings with those of others across the city.” 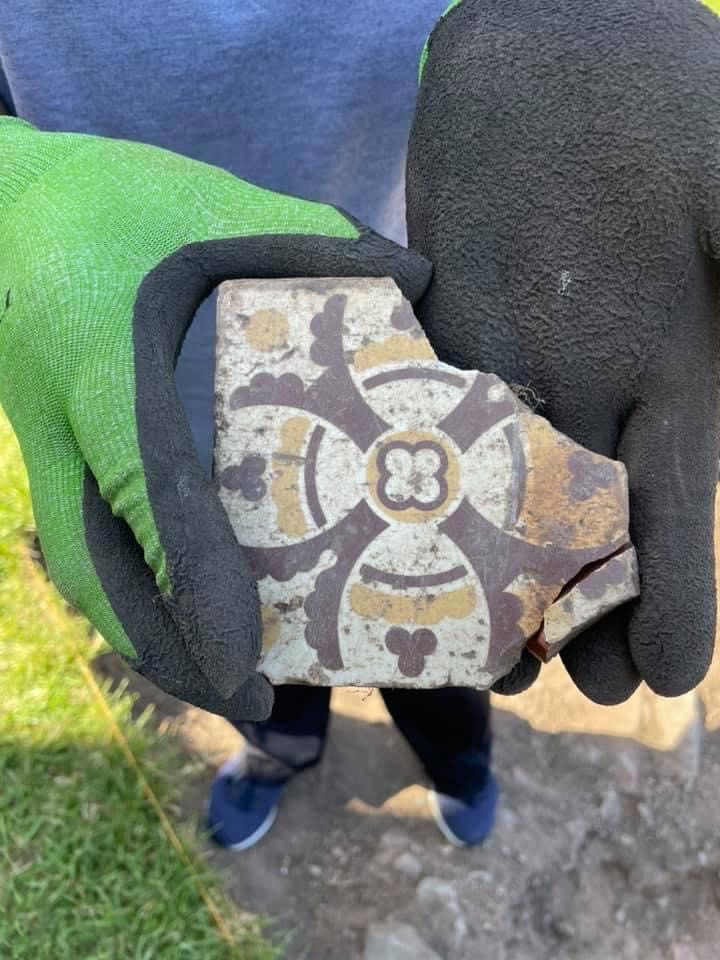 After the dig, those involved plan to clean and record all the findings, before putting them on display at the Museum of Liverpool, and capture oral histories about the site. Adds Vanessa: “We had artists coming down to watch us dig and there were some gorgeous watercolours done by the Liver Sketch Club, so we would also hope to include some of those to give a different view of the dig.”

The remaining volunteer places for the dig have all been filled but passers-by can still view work over the last few days providing the weather remains good: “If we’re not there we’ll be inside cleaning,” smiles Vanessa.

“But fingers crossed it stays dry and we can carry on outside and, who knows, we may find something special?!”

MORE - Liverpool Empire gets set to reopen and welcome back audiences