Who could replace Boris Johnson as Prime Minister? - The Guide Liverpool
Contact Us Advertise with The Guide Our Video Services Follow us:

Who could replace Boris Johnson as Prime Minister?

Boris Johnson will remain as Prime Minister until a successor is in place, expected to be by the time of the Conservative Party conference in October.

Here are some of the potential frontrunners to be the new Tory leader, in alphabetical order: 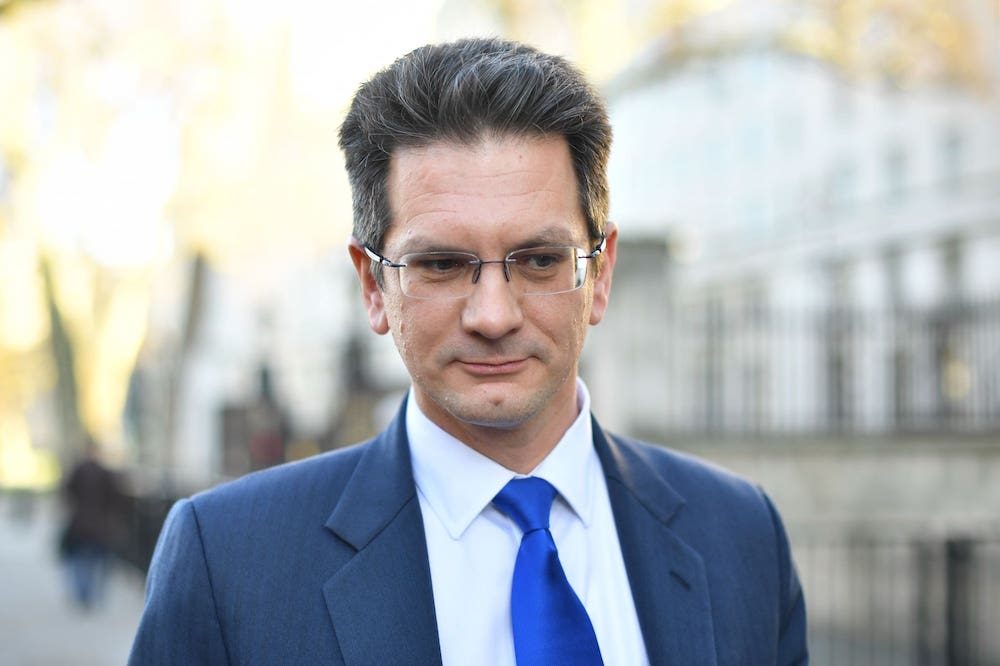 Prominent Brexiteer and former minister Steve Baker, a senior Tory backbencher, confirmed on Thursday that he is seriously considering putting himself forward for the top job.

He told Times Radio that people are asking him to do it, and it would be “dismissive and disrespectful” if he did not heed expressions of support, though he said he regards the prospect with “something akin to dread”.

Mr Baker successfully plotted to oust Theresa May as prime minister but, despite his credentials as a Brexit die-hard, he is not a household name. 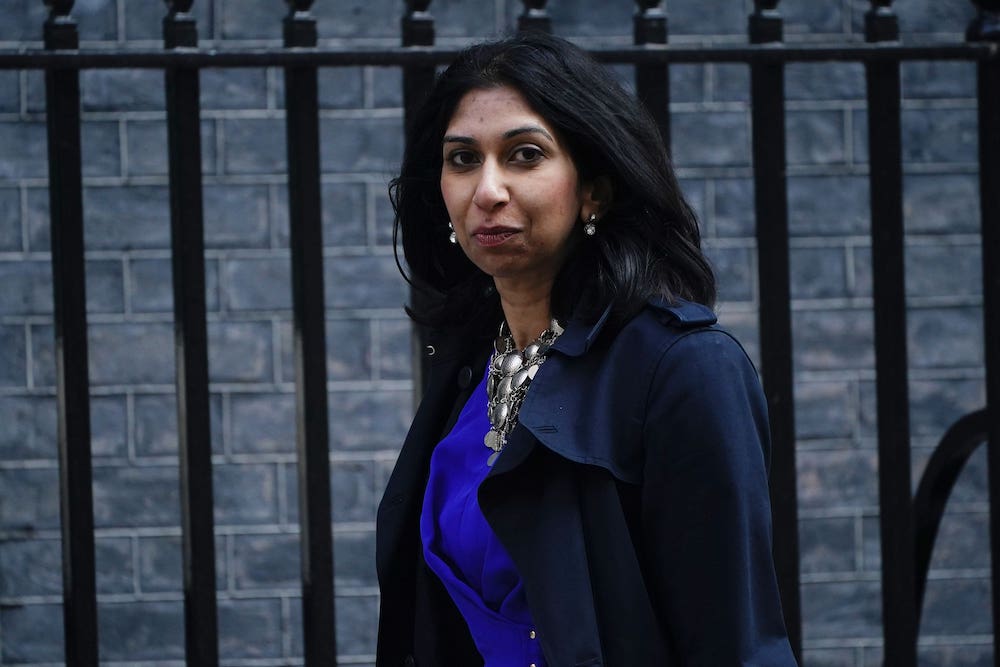 The Attorney General launched an unlikely leadership bid as support for Mr Johnson crumbled around him on Wednesday night.

Previously loyal to the departing premier, she told Peston on ITV that he had handled matters “appallingly” in recent days and “the balance has tipped now in favour of saying that the Prime Minister – it pains me to say it – but it’s time to go”.

Ms Braverman, who was first elected as an MP in 2015, is regarded as something of an outsider for the leadership given the party grandees already tipped to be in the running. 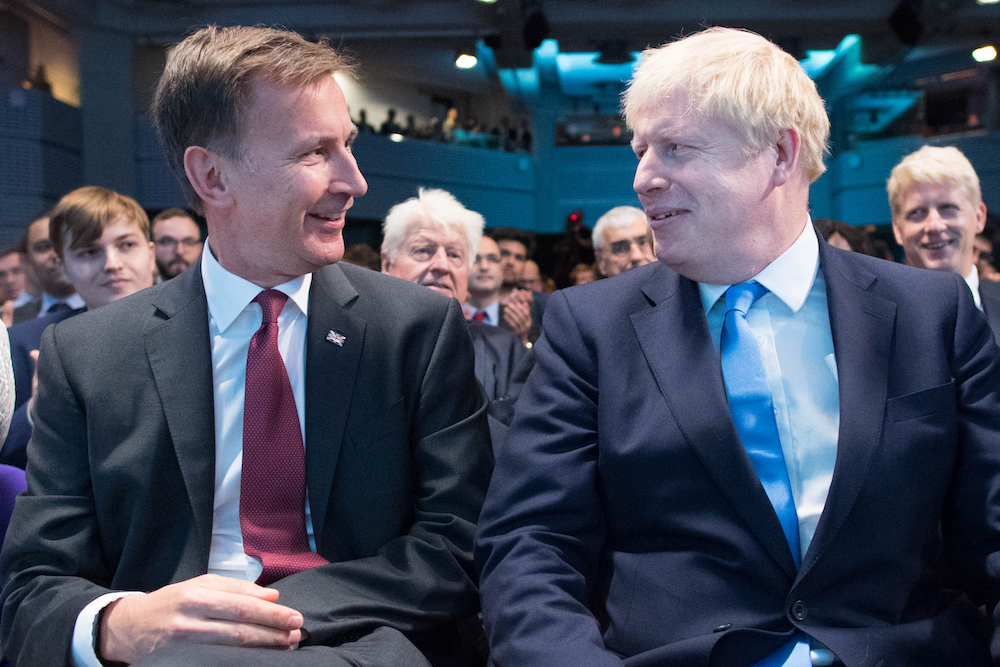 Jeremy Hunt (left) and Boris Johnson at the Queen Elizabeth II Centre in London for the announcement of the new Conservative party leader, who will become the next Prime Minister.

The former foreign secretary and ex-health secretary has been a persistent backbench critic of Mr Johnson and has called on the Prime Minister to quit.

Mr Hunt is widely expected to make a fresh bid for the leadership, having been runner-up to Mr Johnson in 2019, and is among the early favourites with bookmakers.

As chairman of the Commons Health Committee, he has used his position to make a number of critical interventions on the Government’s handling of the pandemic, although his strong support for lockdown measures will not have pleased all Tory MPs. 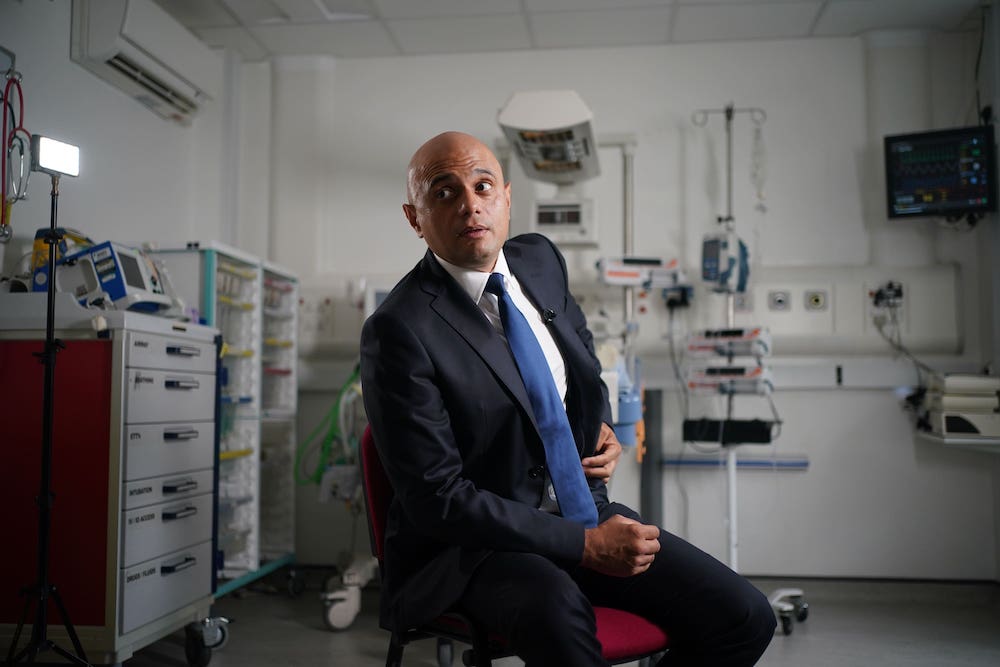 Like Rishi Sunak, Mr Javid’s resignation on Tuesday caused chaos in No 10, as the health secretary from famously humble beginnings left the Government. He further stuck the knife in with an emotional resignation speech in the Commons, with Mr Johnson sat, stony-faced, on the front benches.

State school-educated Mr Javid – known as “The Saj” in some circles – is the son of a bus driver who arrived in England from Pakistan in the 1960s, and held ministerial roles in housing, business and culture before becoming chancellor, and then health secretary in the middle of the pandemic.

Mr Javid made it to the final four in the contest to replace Theresa May as Tory leader in 2019, but dropped out and subsequently endorsed Mr Johnson. He told reporters after his resignation on Tuesday evening that he was looking forward to spending time with his family – but for how long? 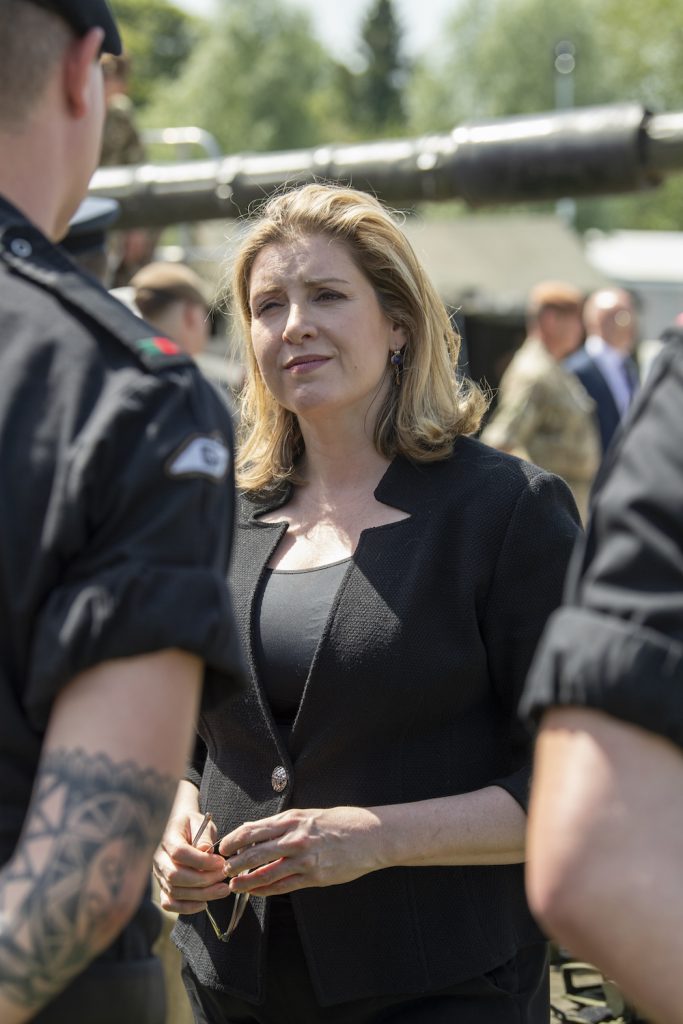 Another frontrunner with the bookies – the 5/1 favourite according to one firm – Ms Mordaunt made waves in 2019 as the UK’s first female defence secretary before being fired by Mr Johnson shortly after he became Prime Minister.

Ms Mordaunt has many strings to her bow – she is a Royal Navy reservist, the current trade minister and a former reality TV contestant, having appeared on the Tom Daley-fronted diving show Splash.

She played a prominent role in the Leave campaign in the 2016 Brexit referendum, and has previously reportedly enjoyed the backing of Dame Andrea Leadsom among others. 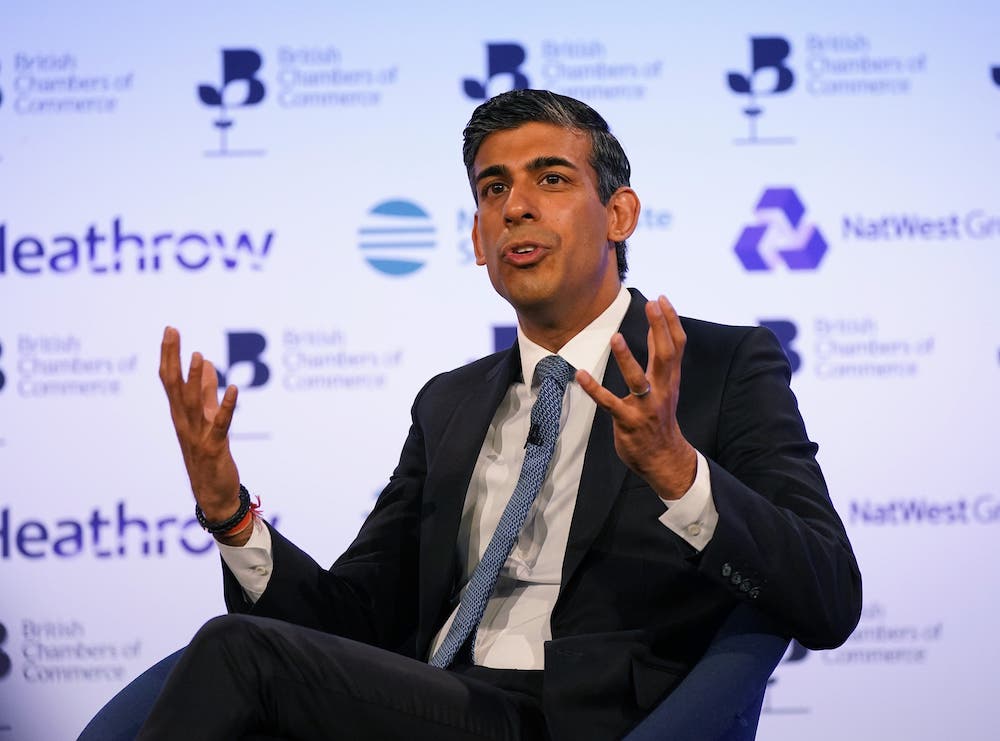 Perhaps the front-runner – with odds of 7/2 with one bookmaker – the former chancellor’s rise from relative obscurity to household name came as he turned on the spending taps to protect jobs through the furlough scheme when the coronavirus pandemic struck.

His calm and measured delivery during televised Covid briefings, and his viral declaration of love for a popular soft drink, will have endeared him to those perhaps not always plugged in to the political goings-on, as well as his resignation on matters of principle on Tuesday.

But his stock took a tumble more recently following disclosures that his wife had non-dom status for tax purposes, and that he was too slow to respond to the cost-of-living crisis. 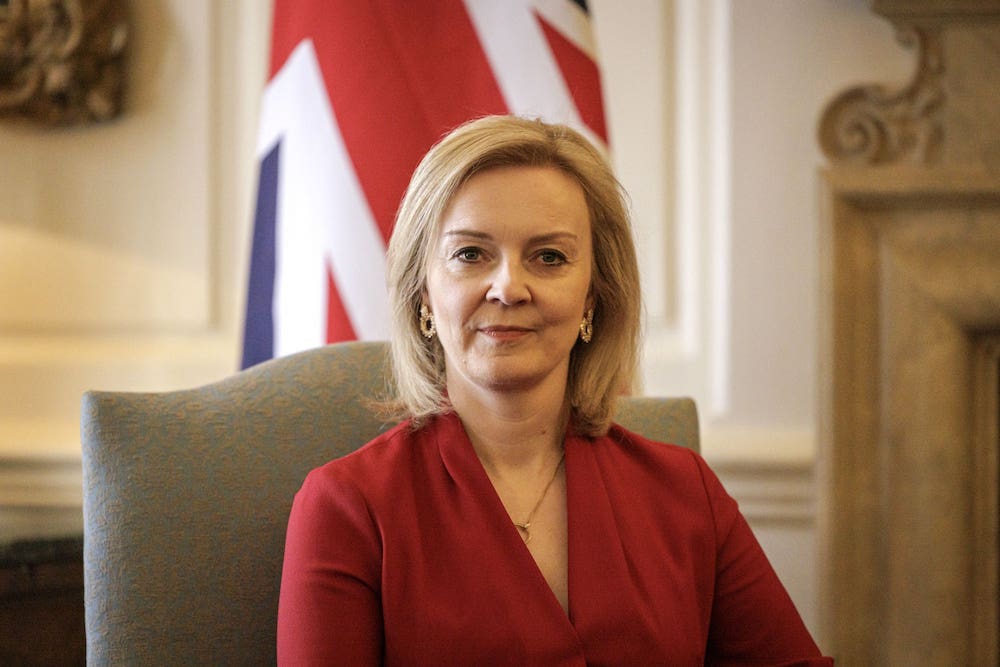 The Foreign Secretary has made little secret of her leadership ambitions, with a series of high-profile interventions and photo opportunities in which she appeared to be channelling late PM Margaret Thatcher. Despite being a fervent Johnson loyalist, she was nowhere to be seen as the Government crumbled around him.

Her hard line on Ukraine, insisting Russian forces must be driven from the country, and threats to tear up the Northern Ireland Protocol with the EU play well with sections of the party.

Away from politics, Ms Truss’s flair for social media has seen her offer an insight into life outside Westminster by updating her Instagram account with pictures of her relaxing at the beach, or behind the scenes at official events, though her passions combined to bizarre effect in 2014 when her improbably enthusiastic speech about opening pork markets in Beijing went viral. 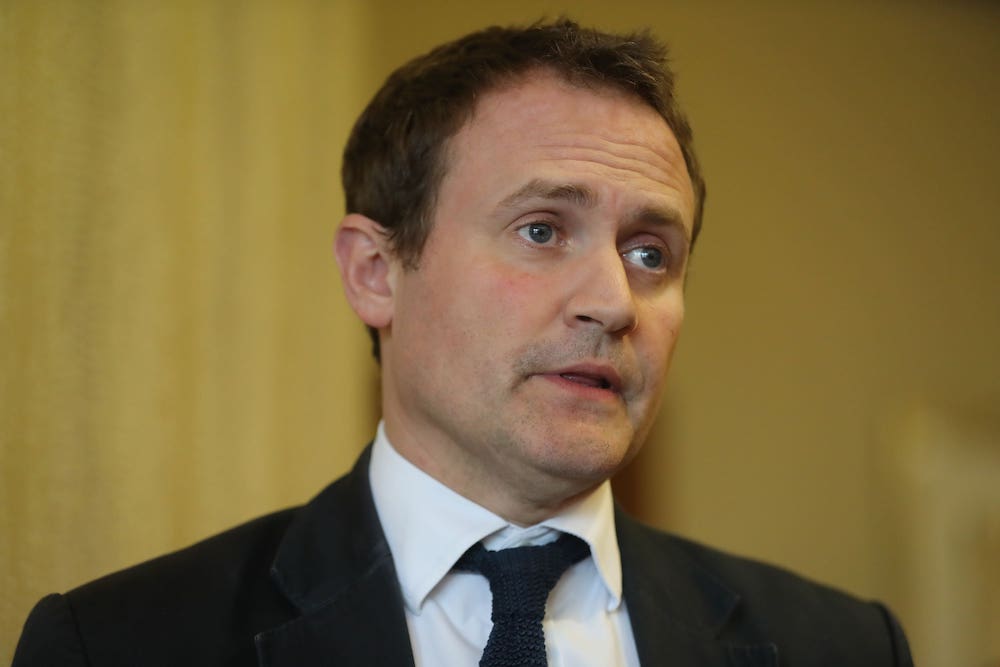 The polyglot chairman of the Foreign Affairs Committee became the first to announce his intention to stand for leader should Mr Johnson be turfed out – with his declaration made in January.

A Remainer in 2016, the former soldier has been a trenchant critic of Mr Johnson – a stance that would appear to have cost him any chance of ministerial preferment under the current leadership.

He recently sought to distance himself from a call by his fellow Remainer, Defence Committee chairman Tobias Ellwood, for the UK to rejoin the EU single market. 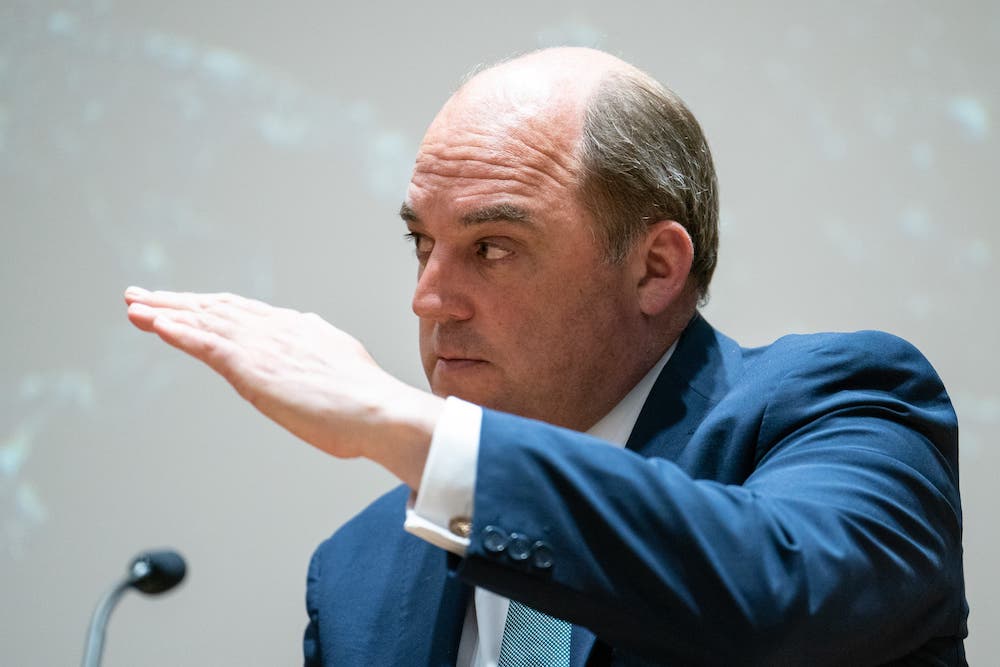 The Defence Secretary has won admirers in Westminster for his straight-talking and straightforward approach, particularly among Tory MPs who pressed for the UK to increase its defence spending, although cuts to the size of the Army remain a cause for concern.

Mr Wallace, who served in the Scots Guards, remains a key voice in the UK’s response to Russia’s invasion of Ukraine and this increased exposure could assist any leadership bid.

He has consistently supported Mr Johnson, but has pressed the case for increased defence spending. 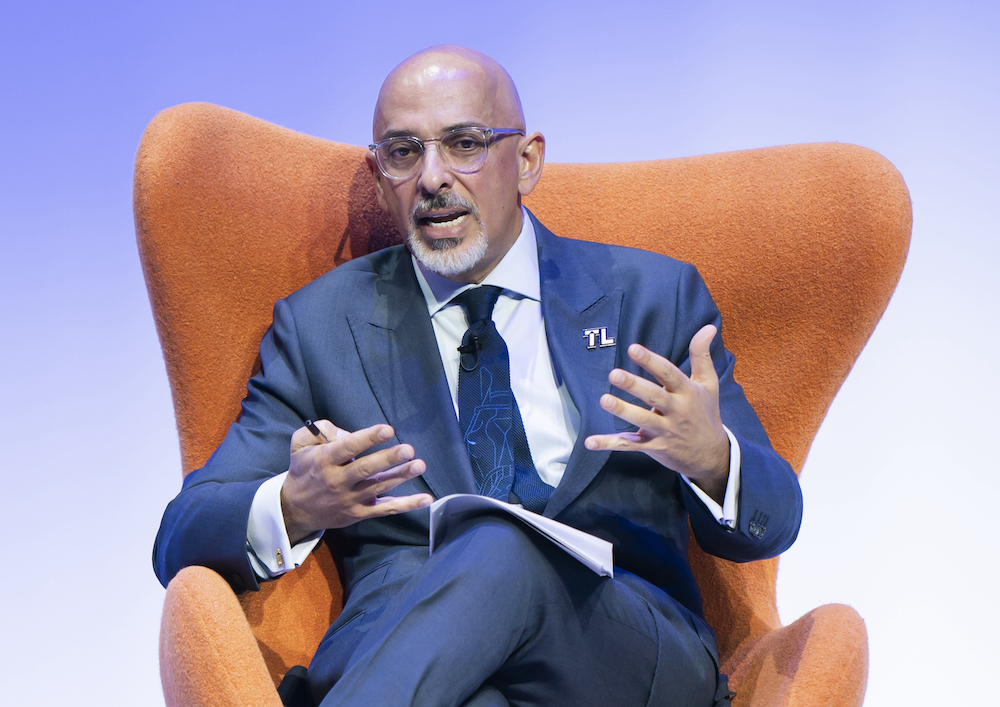 The former education secretary is regarded by some as a “safe pair of hands” if other candidates prove too divisive.

Indeed, he was the man trusted to take on the broadcast round of interviews on Wednesday morning, on his first full day in his new job as Chancellor, before later urging the PM to resign.

Iraqi-born Mr Zahawi was a successful businessman and came to wider prominence as vaccines minister during the pandemic where he was credited with playing a key part in the successful rollout of the jab.

Give us your thoughts. Who should be the next Prime Minister? Let us know on Twitter.