Why final scenes of ITV's Hillsborough drama Anne were so emotional to film - The Guide Liverpool
Contact Us Advertise with The Guide Our Video Services Follow us:

Makers of the ITV drama series about Hillsborough campaigner Anne Williams say scenes for the final part of Anne were incredibly emotional to film.

Episode four, which is screened tonight, shows the climax of Anne’s battle for justice for her 15-year-old son Kevin and her determination to see it through despite her own failing health.

Producer Julia Stannard says the scenes were harrowing for everyone involved, not least for Anne’s daughter Sara who was there on set to watch actress Maxine Peake recreate those key moments in her mother’s defiant struggle with the authorities.

“Filming ‘Truth Day’ was emotional for everybody. Just imagining how it must have felt for those families in September 2012 after 23 years of campaigning, to finally hear the truth come out in the report by the Hillsborough Independent Panel. It must have been incredible,” she says.

“When you reconstruct that – and nothing can compare to the reality – you get a small insight into how it must have felt. 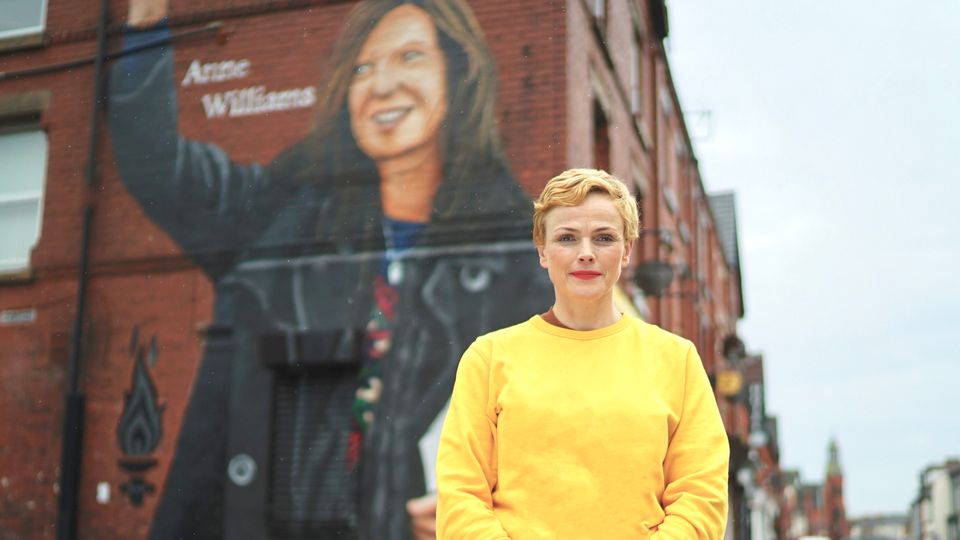 “Also filming at Anfield. Filming the final memorial that Anne attended just before she died. Sara came that day with her daughter. Seeing Maxine dressed and made up to look like her mother when she was close to her death, that was so emotional for Sara and for all of us.

“You can’t make a drama like this without connecting in some way with the emotion of the story.

“Maxine was amazing. Some days when we were filming, I felt so sorry for her because there are very few light moments. Every day was tough, with so many traumatic scenes to film, several on the same day sometimes.

“Of course, nothing can ever compare to the real-life experience. But it was a very emotional experience for the cast and crew.”

MORE - Anne Williams drama: ‘Anne embodies all the heroic Hillsborough mums, that’s why I had to tell her story’

Maxine Peake was also deeply affected by having Sara so personally involved, reinforcing the responsibility she was taking on in playing Anne.

“You are playing a role and you want to show the utmost respect,” she explains. “These people have opened up their lives and their trauma with nothing more than generosity and cooperation.

“It felt great to have Sara there because she has been so supportive, along with the rest of the family members. I knew how difficult it would be for them. But there was something about them being there and that solidarity that actually made it a lot easier, while obviously we were very conscious of what effect it was having on them.” 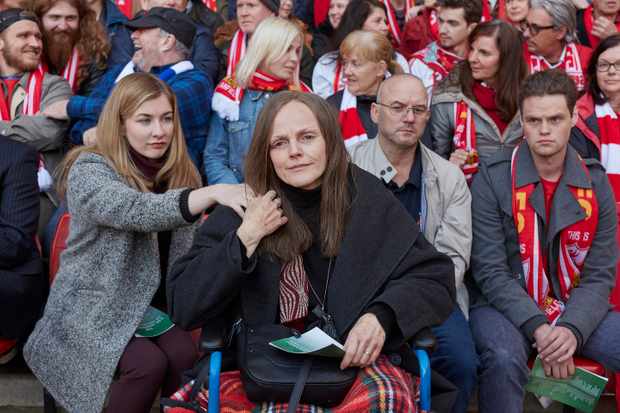 Julia says the close connection the makers of Anne had with her family and friends played a huge part in the authenticity of those scenes and others throughout the four-part drama.

“I was in touch with Sara all of the way through, she came on to set on many occasions and we would also talk on the phone. I wanted her to always feel she could talk to me about anything. She is so brave to have agreed to let us tell her mother’s story. And just reliving those terrible, traumatic events.

“As soon as we were in production we went to visit Sara in the family home that was Anne’s home and then became Sara’s home. She was so generous in just letting us wander around and it was so helpful.

“For example, the Pietà in episode four which the then Bishop of Liverpool James Jones gave to Anne in the final days of her life, we saw that on a shelf. Just seeing that and hearing Bishop James tell that story, that became embodied in the drama.

“There were quite a few things like that. The drawing of the European Cup that Kevin made, which is still in their hall. He was working on that at the time of his death and it features in episode one. They are the human details that flesh out a story and make it feel real to the audience.”

It wasn’t only the people closest to Anne who contributed to the drama – Julia says they felt the backing of Liverpool as a city too.

“All of the real places where we wanted to film were helpful. And the whole city of Liverpool embraced the project. People couldn’t do enough for us. We had so much support.

“I feel privileged to have been able to help tell this story. I hope it does something to eradicate the great harm that was done by certain tabloid press in the aftermath of the event. I’m happy to have been a part of supporting the truth, getting the truth out there and helping correctly represent one of the greatest miscarriages of justice of our time.”

Anne Williams died in April 2013, seven months after the Hillsborough Independent Panel confirmed the facts she refused to be denied.

Episode four of Anne is on ITV tonight, 9pm.