Why Liverpool comedy fans love 1930s throwback Troy Hawke - The Guide Liverpool
Contact Us Advertise with The Guide Our Video Services Follow us:

With his smoking jacket and 1930s skinny tash, Troy Hawke couldn’t look much less like your average Scouser.

But his creator, comedian Milo McCabe, says rakish throwback Troy has an unlikely bond with the city and his videos on everything from Pete Price to why we should be an independent state like The Vatican have made him a massive hit with Liverpool fans. 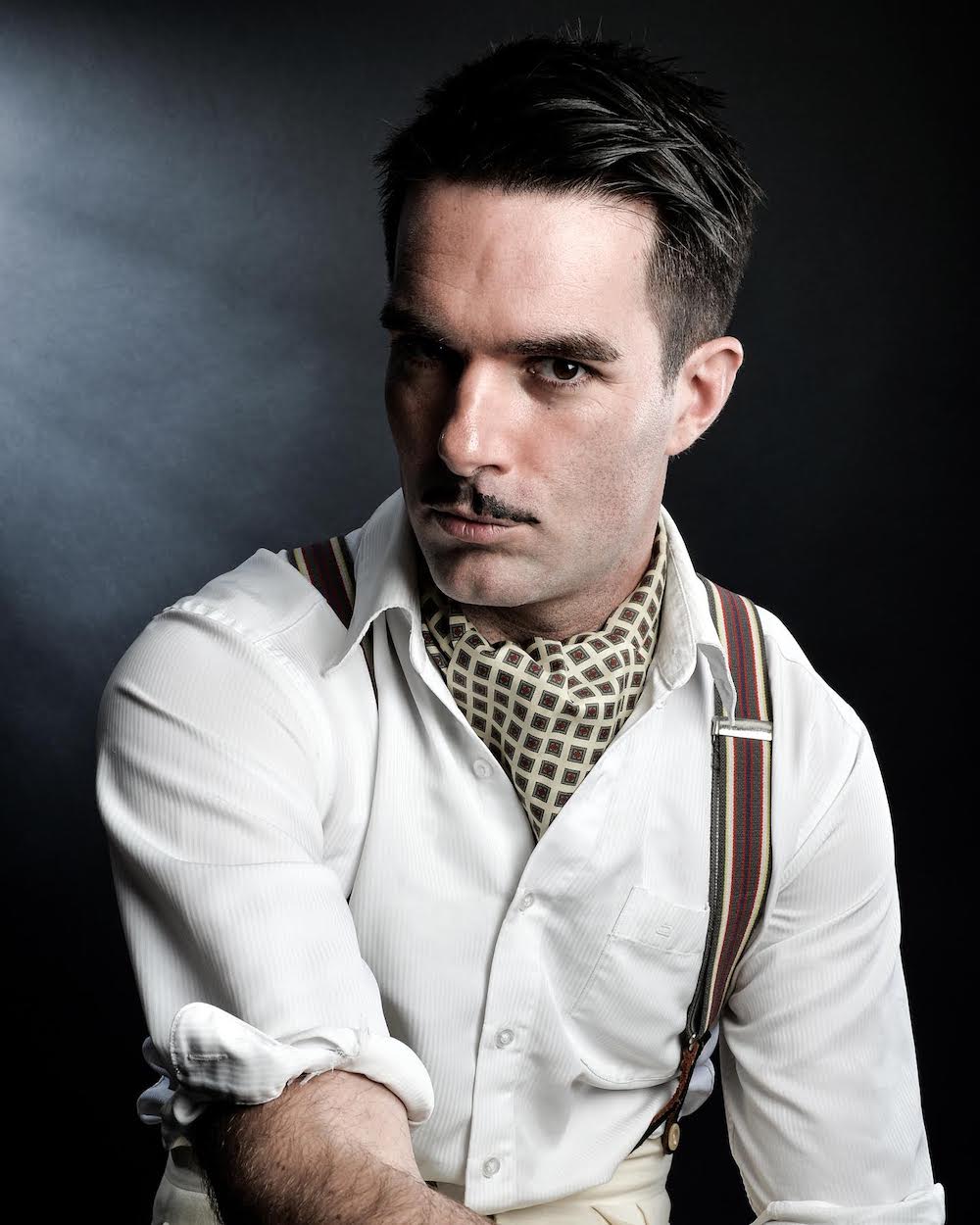 In fact one about Scousers on Lockdown – “I absolutely love the Scousers, if you’ve never met them they’re the league champions of kicking off” – and one about The Wirral have been his most watched videos of the year.

“I’ve put out quite a few videos on social recently that have been very Scouse specific and they’ve had a really good reaction,” he says, “because I think people know that it’s all from a place of love. If I didn’t love the place, I wouldn’t take the mickey out of it.

“I went to uni here in the ‘90s, my mum’s from Liverpool, and when I was a student I joined a band with a load of guys from the Wirral so I was hanging out in places like Greasby and Upton.

“We were called Indian Summer and we played the Lomax, the Picket, all those kind of places so I’ve got a real soft spot for Liverpool.”

It’s thanks to his long-standing connections that Troy manages what so many have failed to do – he’s mastered a spot-on Scouse accent. 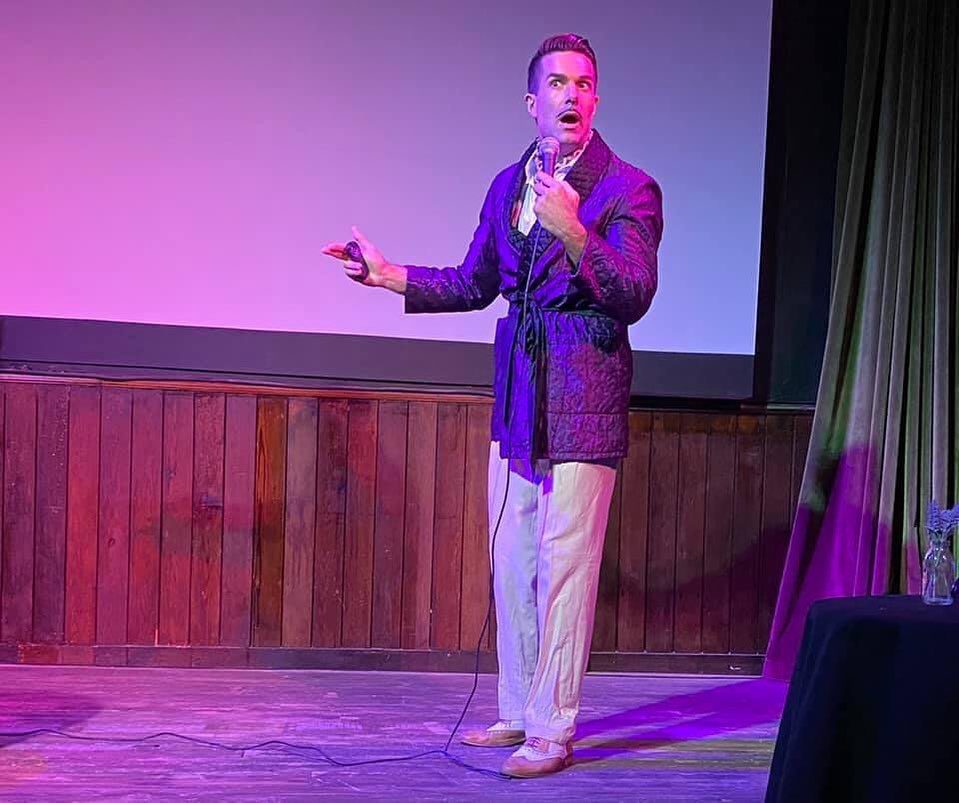 His old Liverpool and Wirral mates have actually turned out to be handy voice coaches.

“All those hours I’ve spent listening to them moan on the phone, I think it’s all just seeped in through some sort of vocal osmosis,” he jokes. “And then I come back pretty often to get a little booster.”

Although he’s won a whole new Liverpool fanbase over the past year, Troy has been a popular fixture on the comedy circuit for best part of a decade.

Milo first created him nine years ago, he’s appeared at the Edinburgh Fringe every year since then and he’ll be heading back to Edinburgh’s famous festival the day after his Liverpool dates. He’s also played London’s legendary Comedy Store and picked up award nominations and wins at festivals around the country, as well as popping up on various TV shows.

Troy was, Milo explains, inspired by the actor David Niven who was known for his upper-class British accent and classic gentlemanly style.

“To give Troy a good backstory that worked, I made him home schooled by an ex-child actress eccentric mother who basically wanted him to be a reflection of her era so she didn’t let him out of the house until he was well into his 30s,” says Milo.

Well this young man has had me hysterical all afternoon. I’m so flattered he has written this piece of comedy ? about ME really being a #Lizard pic.twitter.com/TPbFnX4yqq

“He came out into the world this fully-formed creation, spat out into the streets of Croydon, and everything came from there. It was those two worlds colliding, that was the basis for him. As time’s gone on he’s become less naïve and thinks he’s a bit more savvy and that’s where I am now.”

He’s got a bit cheeky too, as anyone who’s watched Troy’s take on former Mayor Joe Anderson will know. That was so successful he’s planning to sell tea towels at his two Liverpool gigs with a well-chosen phrase from it on, to raise money for the An Hour for Others charity. 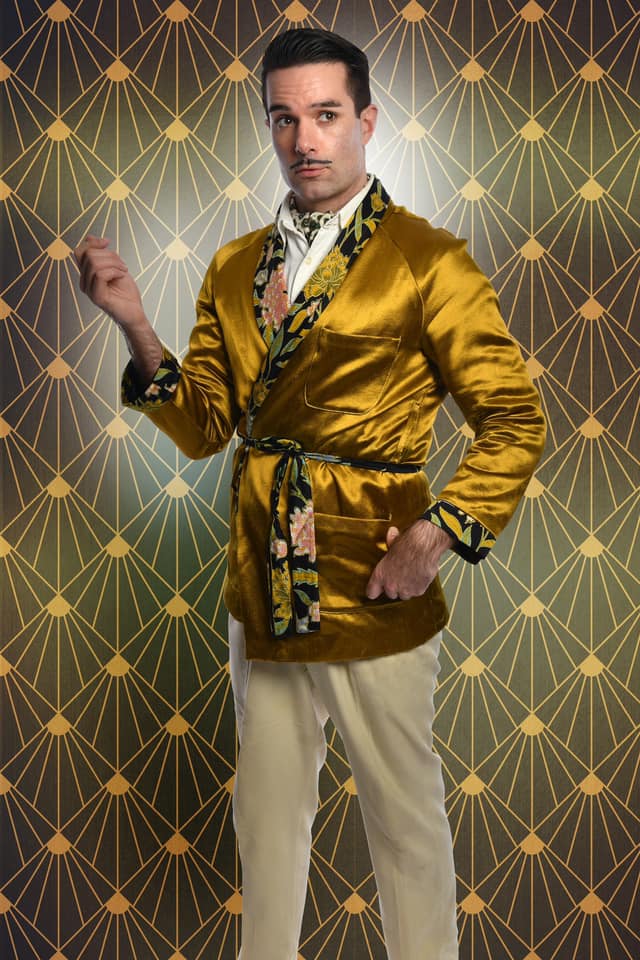 As for the one on Pete Price, and comparisons to a lizard, he’s just glad Pricey took it so well.

“I didn’t know how he was going to react but I was delighted that he liked it because I used to love listening to Pete losing his rag with callers on his radio show, the way he always dealt with it, I couldn’t stop listening.”

Twitter is his favourite place to post his videos – “I think Tik Tok is a generation too far for me” – and he’s a fan of Scouse Ma and Billy Moore on there too.

“Well, that would be an absolute honour,” says Milo.