Why Liverpool's Royal Liver Building holds such a special place in the city's heart - The Guide Liverpool
Contact Us Advertise with The Guide Our Video Services Follow us:

Nothing says Liverpool like The Royal Liver Building, the iconic landmark that welcomes the city’s visitors and stands proudly on our famous waterfront.

One of The Three Graces – alongside the Cunard Building and Port of Liverpool Building – The Royal Liver Building is a global symbol, recognised instantly as it rises majestically from within the well-known skyline silhouette.

It’s played a starring role in countless TV series, playing itself in the opening titles of the ‘70s series The Liver Birds and doubling up as Washington DC in the Netflix epic, The Crown.

The Liver Building boasts a history which has seen it flourish over more than 100 years – and is now home to many of Liverpool’s thriving businesses as well as a top leisure destination. 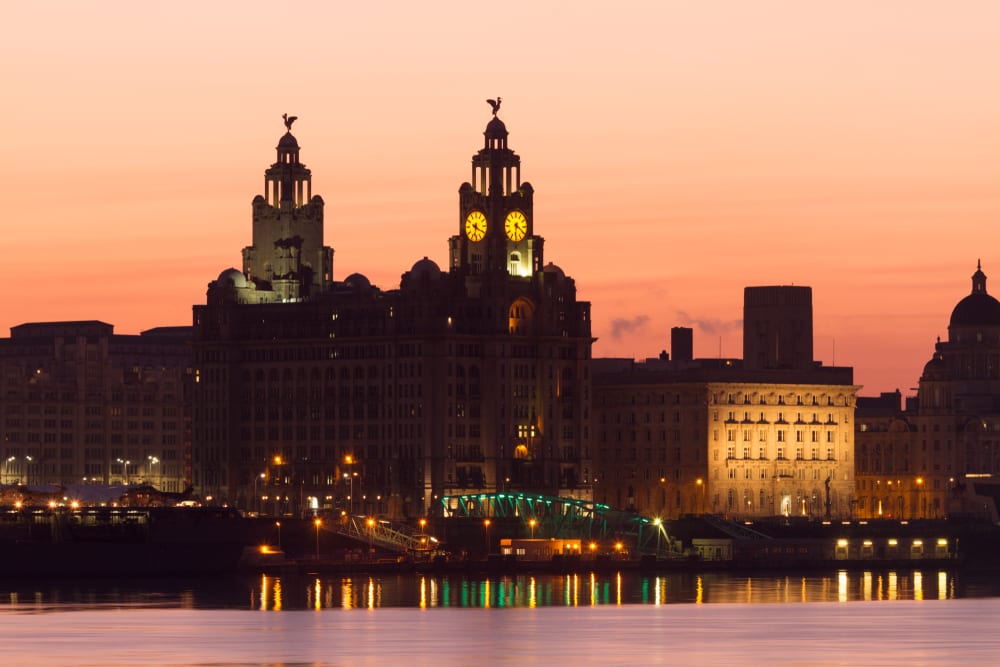 Opened in 1911, the Liver Building began life as the purpose-built home of the Royal Liver Assurance group, which had been set up in the city in 1850 to provide locals with assistance related to losing a wage-earning relative.

Known then as The Liverpool Lyver Burial Society, it was formed by nine working men in a pub, The Lyver Inn, and over the next 60 years had various moves around the city. By 1907, the Royal Liver Group had over 6,000 employees and given the need for larger premises the company gave the go-ahead for the construction of a new head office.

Royal Liver started work on the landmark Royal Liver Building in 1908 and moved in on completion on July 19, 1911. 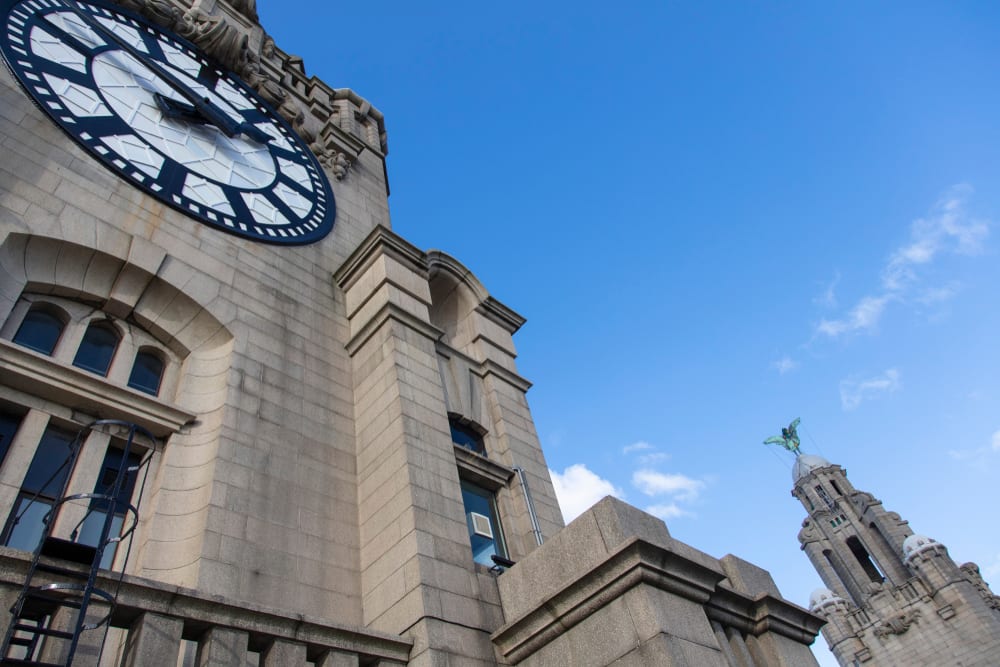 One of the first buildings in the world to be built using reinforced concrete, the Royal Liver Building stands at 322ft tall (98.2m) to the top of the spires, and 167ft (50.9m) to the main roof.

Once one of the tallest buildings in the country, the Royal Liver Building is now only the joint-fifth tallest structure in the City of Liverpool.

Yet, it remains one of the most recognisable landmarks because of its two most famous and fabled residents, the Liver Birds that watch over the city and the sea. Named Bella and Bertie, Bertie looks over the city (supposedly waiting for the pubs to open) and Bella looks to the sea (keeping an eye out for any handsome sailors), and the metal cormorant-like birds were designed by Carl Bernard Bartels and constructed by the Bromsgrove Guild of Applied Arts.

Legend has it that were these two birds to fly away, then the city would cease to exist.

Thankfully that hasn’t happened and, hopefully, never will.

The city and the building continue to go from strength to strength: 2011 was a special year for the Royal Liver Building, celebrating its centenary, and was marked with a visit from Her Majesty the Queen and His Royal Highness the Duke of Edinburgh, on December 1.

It now houses some top names including ITV News which produces Granada Reports, broadcasting from studios at MediaCityUK and with reporters also based in the Merseyside newsroom in the Royal Liver Building; Princes International Foods, the impressive head quarters of Everton FC, Tilney financial and investment company and, of course, Royal Liver (now Royal London) itself.

But that’s not all. It’s got The Venue, one of the city’s most successful contemporary event spaces, set across two adjoining, large gallery style rooms within The Liver Building. It can accommodate up to 200 guests for weddings, daytime conferences, corporate parties and private events with the benefit of having full-length views of the River Mersey and access to the outdoor balcony so guests can enjoy their drinks and take in the stunning maritime scenery. 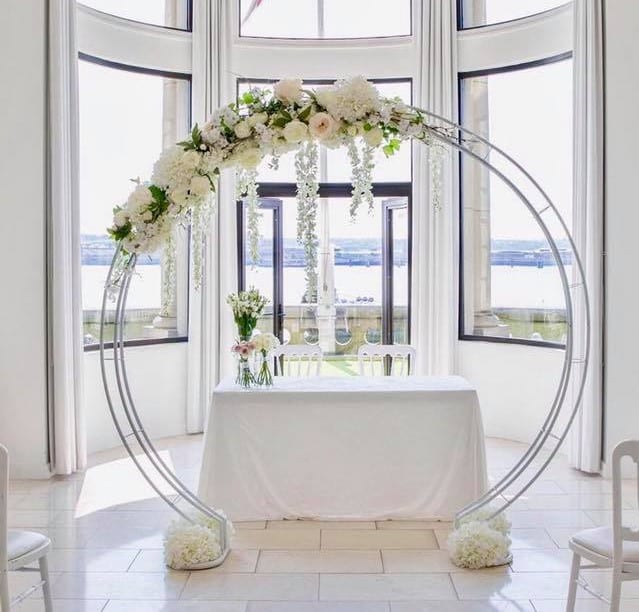 And The Liver Building is also now home to its stunning new Royal Liver Building 360, a must-see attraction. The exhibition gives visitors a history of the building as well as its place in Liverpool’s heritage – and spectacular 360° views of the Liverpool skyline.

Visitors start their journey at the lower ground floor visitor centre and learn about the building’s history, after which they join a guided tour to the 10th and 15th floors to view the skyline and a digital projection show inside the historic clock tower.

Last year also saw further transformation of the building with the creation of more grade A office accommodation, a gym and restaurants, and gallery spaces opening up the entire ground floor area.

So, it might be more than 100 years old, but it’s changing and growing along with the city itself; and spreading its wings just like Bertie and Bella.

And while much changes, its iconic status and special place in our hearts never does – and never will.

1. The site, George’s Dock, was purchased by Royal Liver Friendly Society from Liverpool City Council around 1906 for just £75,000. Royal Liver Friendly Society, the creators and original owners of the Liver Building, then proceeded with their plans for the Building which was completed a few years later in 1911 at an original cost/value of circa £450,000. It is estimated that the Building is now worth around £50 million.

2. The building is crowned by a pair of clock towers so as a ship passed along the river, mariners could tell the time from these. The clocks were made by Gent and Co. of Leicester. The clock faces are 25 ft (7.6) in diameter, larger than those of London’s Great Westminster Clock in the Houses of Parliament.

They are the largest electronically driven clocks in the UK and the four clock faces – three on the riverside tower, facing west/north/south, the remaining one on the landward tower facing east  – have no numerals, only facets indicating the 12 hours. There is only one mechanism driving the faces on both of the towers. 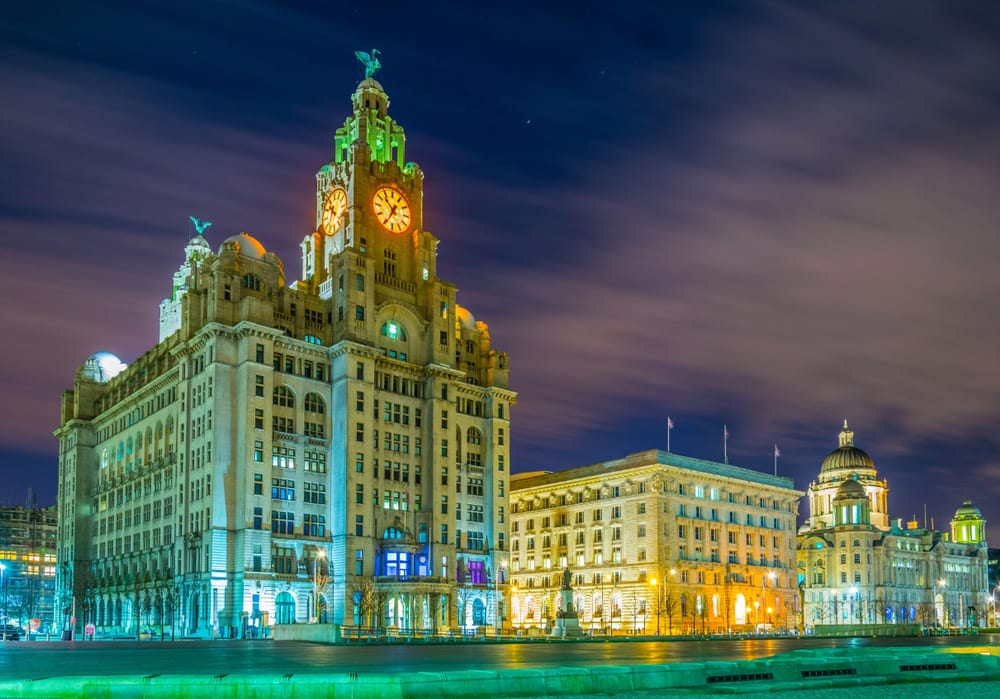 3. In 1953 electronic chimes were installed to serve as a memorial to the members of the Royal Liver Friendly Society who died during the two World Wars.

4. In October 2016, the building was put up for sale for the first time in its history with a guide price of £40m. Luxembourg-based investment group, Corestate Capital, bought the building for £48 million in February 2017 along with Everton F.C. majority shareholder Farhad Moshiri. Moshiri plans to run Everton’s affairs from the building and have his own office to include a view of the new stadium on Bramley Moore Dock.

5. The Liver Building is said to closely resemble the Allegheny Court House in Pittsburgh, built in 1884 and Adler & Sullivan’s Schiller Theatre in Chicago, built in 1891 and demolished in 1961.

6. The Royal Liver Building was designed by Walter Aubrey Thomas, a Liverpool-based architect who was born in New Brighton, Cheshire in 1864.