Why Merseyside needs more kids playing netball - The Guide Liverpool
Contact Us Advertise with The Guide Our Video Services Follow us:

The founder and head coach of a new netball club in St Helens is hoping to set up squads across Merseyside to help the county compete with other regions across the north west.

And she says training pre-school children as young as three could make a huge difference to the sport in our region, developing a higher standard of game and player, as well as simply creating more opportunities.

“We are not starting early enough in Merseyside, which means going outside the area for opportunities for many young players,” she says. 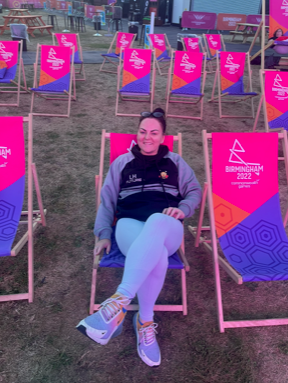 “Our children deserve the same chances and choices of junior clubs, instead of just those starting from the age of 10 and 11.”

Leanne, 42, stresses it’s not just about creating better players but giving young people all the advantages of taking part in a team sport, from learning life lessons, to supporting friendships, fitness, and mental health.

And she adds: “There has never been a better time for girls’ sport; we only need to look at the Lionesses and their success in the UEFA Women’s Championship. 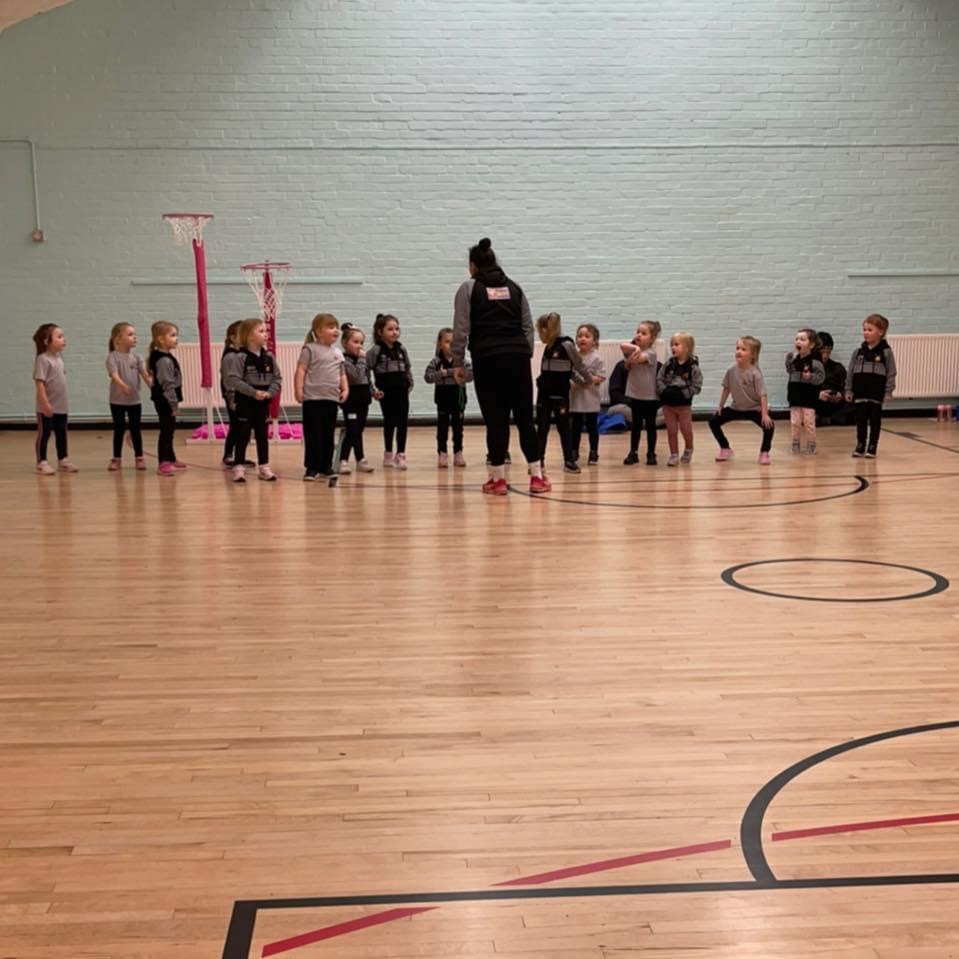 “I want to build on that. I’m passionate about netball, and I believe this – and other sports – can have a huge and beneficial influence on young girls.”

Leanne, a keen player and coach who has coached at county level and previously been a youth development coach for netball’s Manchester Thunder superleague, set up St Helens Bees Netball Club in June last year.

Based at Sutton Leisure Centre, the club already has 59 members – which will reach 70 when the new season starts in September – and there’s already a waiting list of people wanting to join. 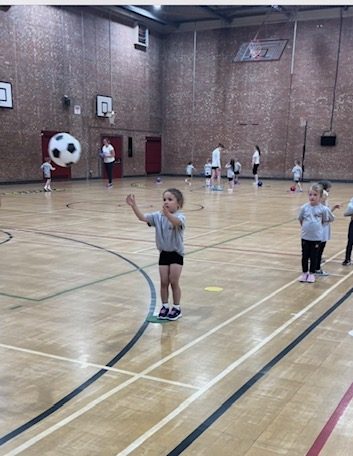 Children currently start St Helens Bees at the age of three up to eight when they’re in Year 3, but those already there will stay on and grow with the club, increasing the age range as time goes on.

Leanne explains she started St Helens Bees so that her four-year-old daughter, Nancy, and others like her, could start playing the sport she has aways loved closer to home.

“There seemed to be a lack of athletes from Merseyside in the franchise pathways compared with other counties and when I was at Manchester Thunder, I looked across in training sessions and I could see really young children practising on other courts, and I realised that that was why other counties like Manchester and Cheshire, were more successful in the netballing world. 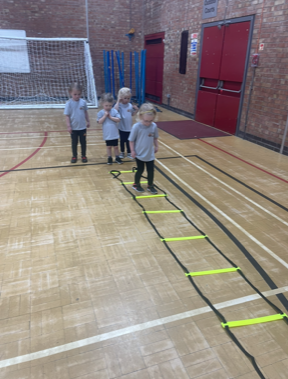 “I started taking Nancy to a club in Cheshire where a friend was a coach, and went to see how they set it up and what they were doing. Then I thought, well I’m a qualified coach, I can do this and set up a club for girls in Merseyside. I can give them the same opportunities as children in other counties.”

Within hours of opening registration for St Helens Bees, Leanne’s club was full with others waiting to join – proof of the lack of possibilities for younger children, and the need and/or desire for them.

There are even members of the club from Litherland, Halewood and Widnes – as well as St Helens. 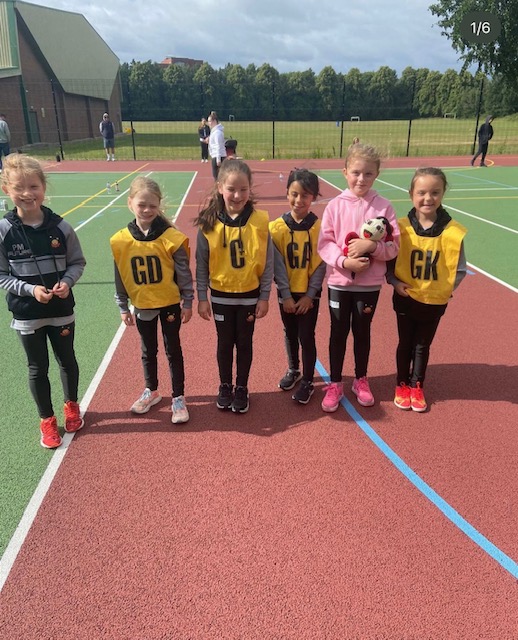 “Knowing what a commitment extra-curricular activities can be, and how pressured parents are both time-wise and financially, I wanted to have something locally for my own daughter, as well as other girls in the area, but I genuinely believed we weren’t starting early enough, training girls and teaching them the basics like how to chest pass, and pivot (which we do through a fun game called ‘squash the spider’).

“You can’t have four-year-olds training with 10-year-olds, they need to be coached differently, as do seven-year-olds.

“And it’s not just about playing the game. It’s about the social side, making friendships with girls your own age – (I have people coaching with me that I’ve played netball with for years, and I’ve grown up with) – seeing positive role models, and learning values.” 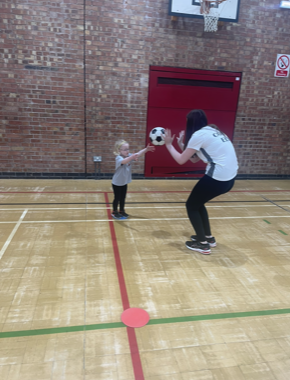 St Helens Bees players get a sticker chart, and incentives like coach’s player of the match, and they get to take the club mascot, Betty the Bee, home with them.

“It’s very simple – and it’s not just about winning and losing. Kids are getting to play a great sport and learn the basics of netball, to experience something different and something to work towards, and be motivated. They don’t have to be the best to enjoy it and give it a go, and get positive praise.

“It’s not an understatement to say that netball, like any sport, is life enhancing.” 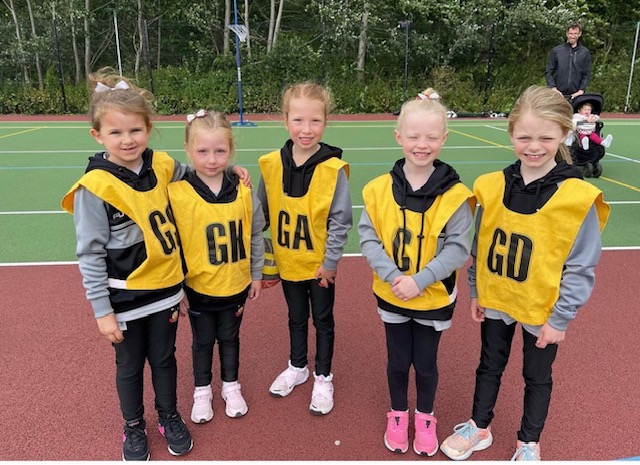 “Or clubs with members starting at 10 and 11 years old could perhaps lower the age group and start training sessions for younger girls too,” adds Leanne. “So we don’t have to take them out of Merseyside and the city region.”

England Netball has a Merseyside netball development officer to help anyone willing to set up or and start a team, and Leanne is happy to give whatever advice she can. She is already liaising with St Helens councillor Kate Groucutt with plans to work with schools and ensure netball is high on the agenda, with ideas like a masterclass in netball coaching.

“I would love to see Bee Netball Clubs getting bigger and getting more clubs started across Merseyside.

“Playing netball has been a massive part of my life,” smiles Leanne. “I know the joy and the benefits it can bring.  Now I want to give more children the chance to enjoy it and start early so who knows what can happen.

“One day we might have one of our little Bees playing for England – and they will have a better chance of competing at a higher level if we instil the skills in them at an early age.”

If you want help or advice in setting up a ‘Bees’ team contact The Merseyside Netball Developement Officer Louise Moss on social media (@merseyside_ndo) or via northwestnetball.co.uk, or Leanne via Facebook @sthelensbeesnetball or email [email protected]