Wirral cancer survivor and Race for Life VIP ‘Voice’ Debbie is making it her mission to give hope to people like her - The Guide Liverpool
Contact Us Advertise with The Guide Our Video Services Follow us:

She’s partied with a princess, but Wirral cancer survivor Debbie Layfield says supporting Race for Life and giving people like her hope means more than anything.

The mum-of-three was one of the guests at a Buckingham Palace Garden Party this week, rubbing shoulders with the Duchess of Cambridge, Prince Edward, and his wife Sophie.

“They were all absolutely lovely,” she smiles. “And I could have actually talked to Kate … if I wasn’t too busy videoing her! 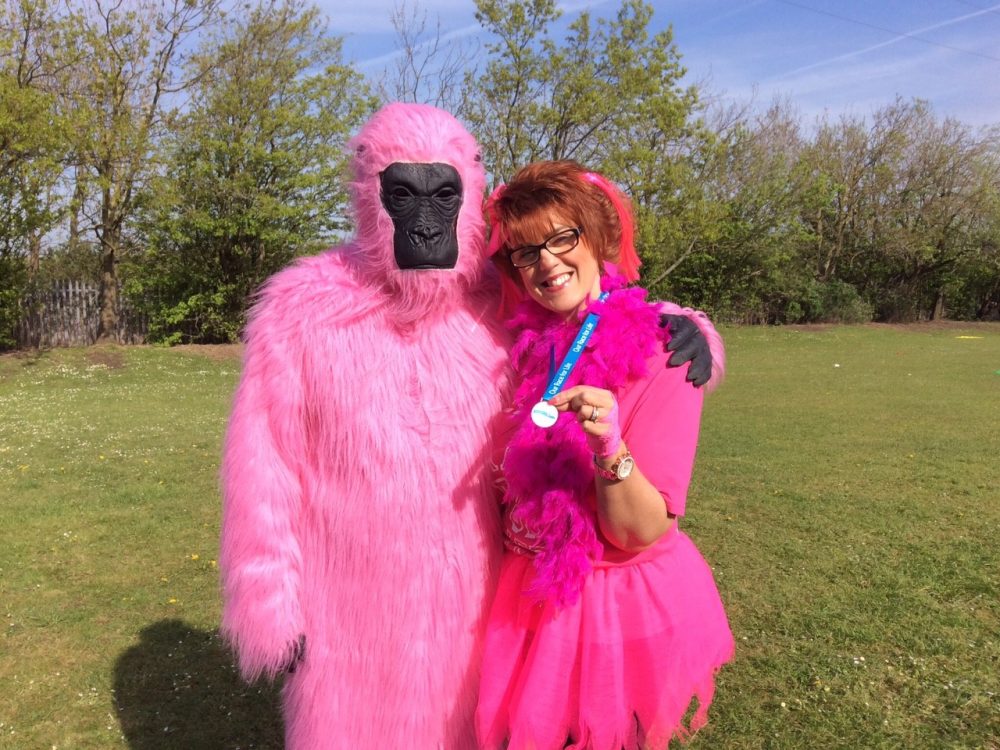 “But it was a great day, and so nice to be appreciated for what you do – I think I’m still on a high.”

Debbie, 57, from Claughton, was put forward for the prestigious invitation by the Mayor of Wirral, Councillor George Davies, for the work she’s done with food banks, helping families struggling during the pandemic. 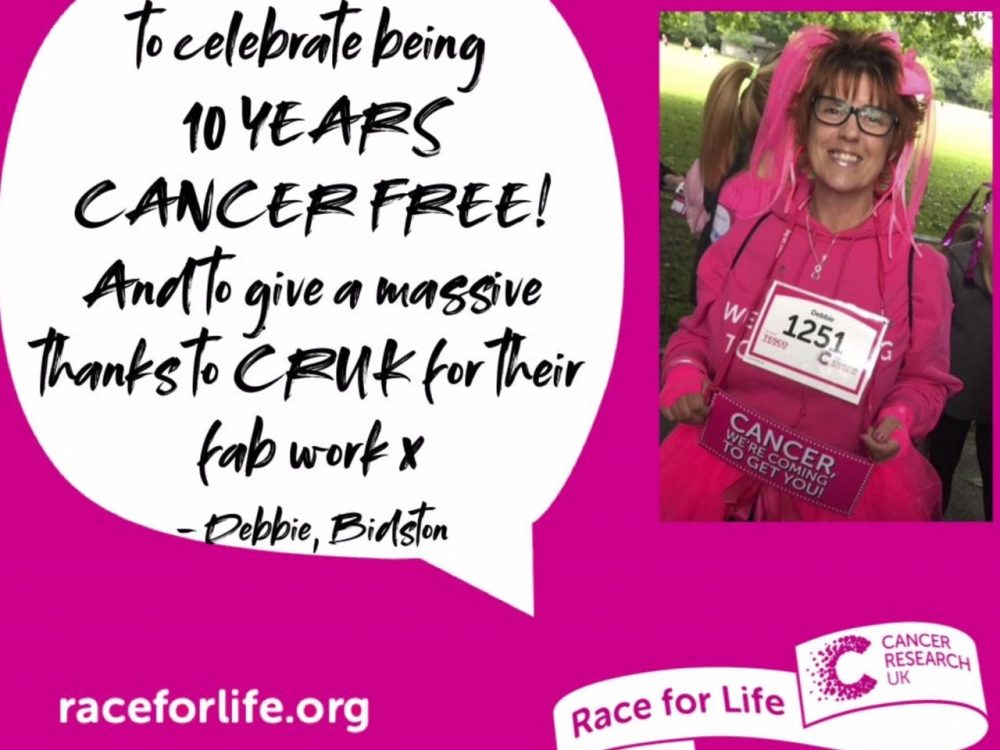 And while she ‘had a ball’ at that event, there is another this weekend at which the Tesco Community Champion is again a VIP guest – and supporting runners at the first Cancer Research UK Race for Life on Merseyside ‘means everything’ to her.

“I’m just thankful to be able to be there for starters, as well as to support the people taking part,” she says. “And for people who are poorly, I can tell them I was in their shoes once, and just look at me now.

Debbie thought her cancer diagnosis a death sentence, having already lost her grandfather, her best friend and her younger brother, Darren Stokes, to the disease.

She was 44 when she found a lump in her breast following a chance phone conversation with her sister-in-law who had also found a lump.

“At first I thought it was nothing, but the more I felt it, the more I realised it shouldn’t be there. It was so large, like a marble. 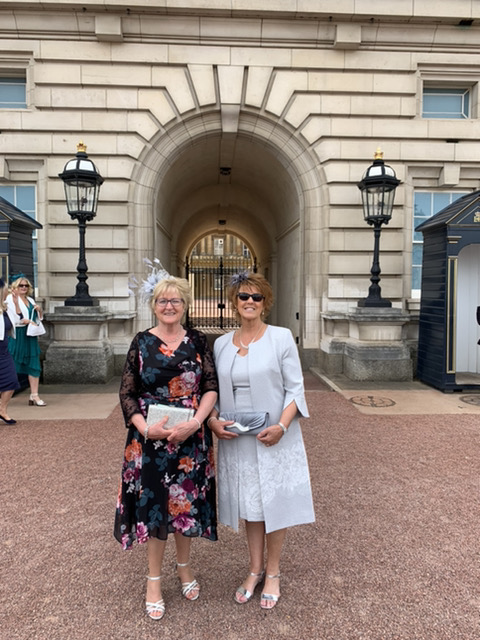 “I went to the doctor’s who referred me to Clatterbridge Cancer Centre, and because my sister-in-law was told her lump was fatty tissue, it was even more of a shock when the doctor came back in with my results with a Macmillan nurse.

“Darren was only 18 when he passed and because I had seen him get so poorly with Non Hodgkin’s Lymphoma, I visualised myself on the bed, dying, and I worried about my kids seeing me and having memories of me on that bed.

“But the cancer nurse told me to tell them I was being treated like Kylie Minogue and to look at her and how well she was doing, so I told everyone I’d be fine, that like her I should be so lucky – and I was.” 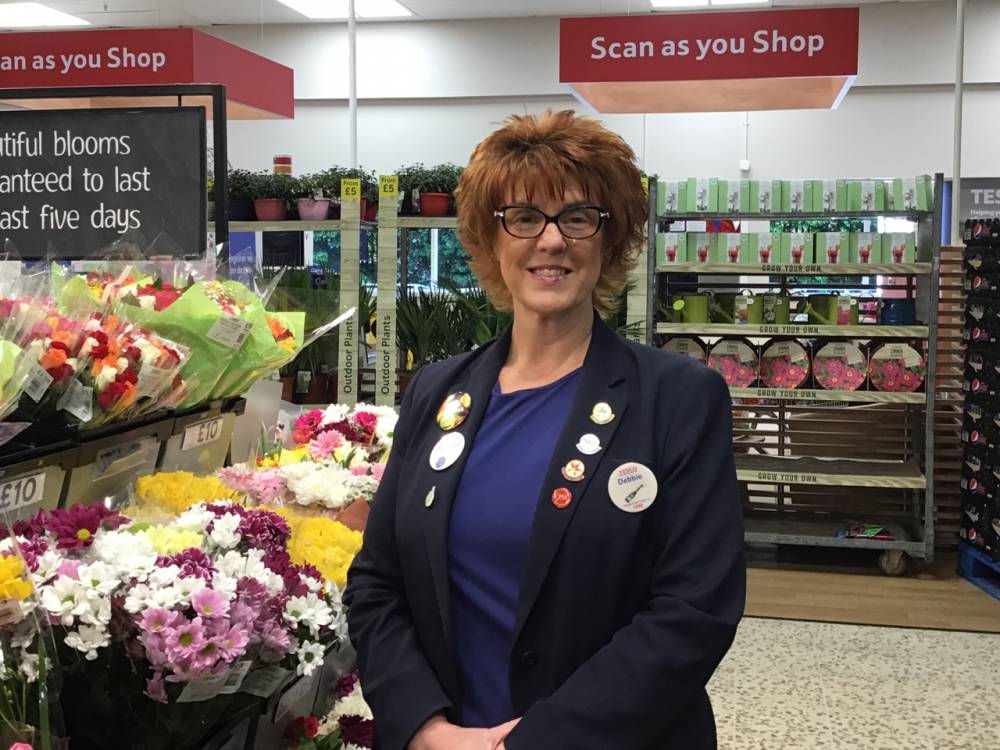 Debbie, who is married to Tony, and has three children – Sarah, 38; Laura, 25, and 23-year-old Anthony – had a lumpectomy, followed by six months of chemotherapy and radium therapy for a particularly aggressive form of the disease.

Her first chemo session was 13 years ago this month, and Debbie has made a successful recovery from her cancer treatment.

She took the drug tamoxifen for 10 years which, thanks to research, is proven to help women with the most common type of breast cancer. 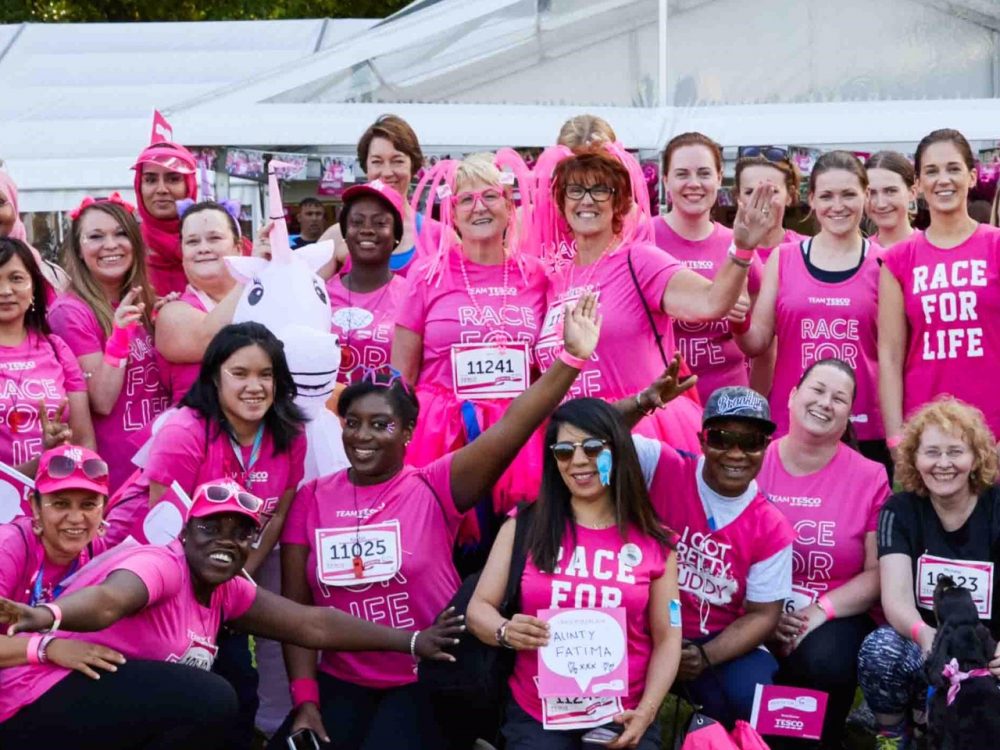 Around 8 in 10 women now survive for at least 10 years – and one of them is Debbie: “This is why it is so important to support cancer research,” she says. “They gave me my life, and if they can support one more person to live those next 10 years like me, to watch their children grow up like I did, to encourage them like only a mum can, that is everything.”

After she’d first had her treatment, Debbie, who will also take part in the Sefton Park Race for Life on July 10, struggled to talk about her cancer journey, but then the grandmother-of-two (Honey and Ronnie) decided to throw herself into raising awareness and funds for Cancer Research UK.

As Community Champion at Tesco Bidston Moss she has encouraged hundreds of customers and colleagues to sign up for Race for Life and to fundraise.

“I never used to talk about my cancer but then I thought I need to do this. When people are feeling lonely and down at home, that the worst is going to happen, I can encourage them, I can give them hope.

“I still have to pinch myself all the time that I’m here.  Seeing BBC podcaster Deborah James move to hospice care this week was heart-breaking – I met her at a Race for Life event in Battersea Park when she was first diagnosed. 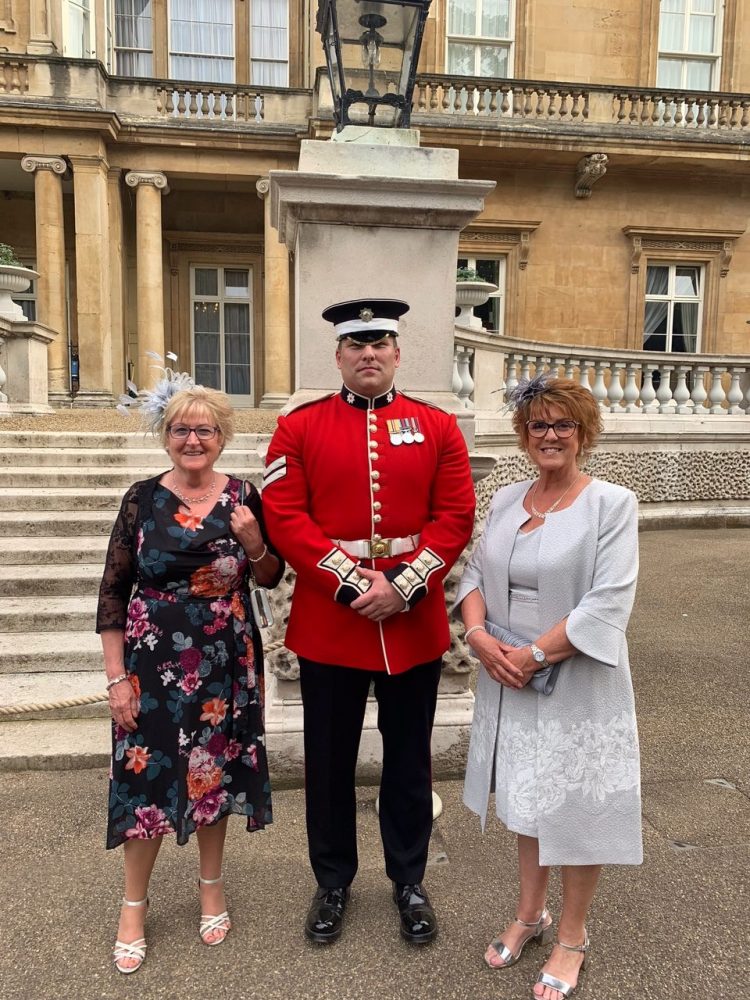 “And I thank God that I am still here, and that I am so lucky. It makes you realise how valuable life is – and I think about that every single day.”

Debbie is urging people to visit raceforlife.org and enter: “I feel passionately about the work of Cancer Research UK having lost so many loved ones to the disease, including my dad. But I can see the advances made in research and even if every person donates a pound to someone taking part in Race for Life, then we are one step closer to survival for more people.”

Jane Bullock, Cancer Research UK’s spokesperson in the North West, said: “We are incredibly grateful to Debbie for her support. 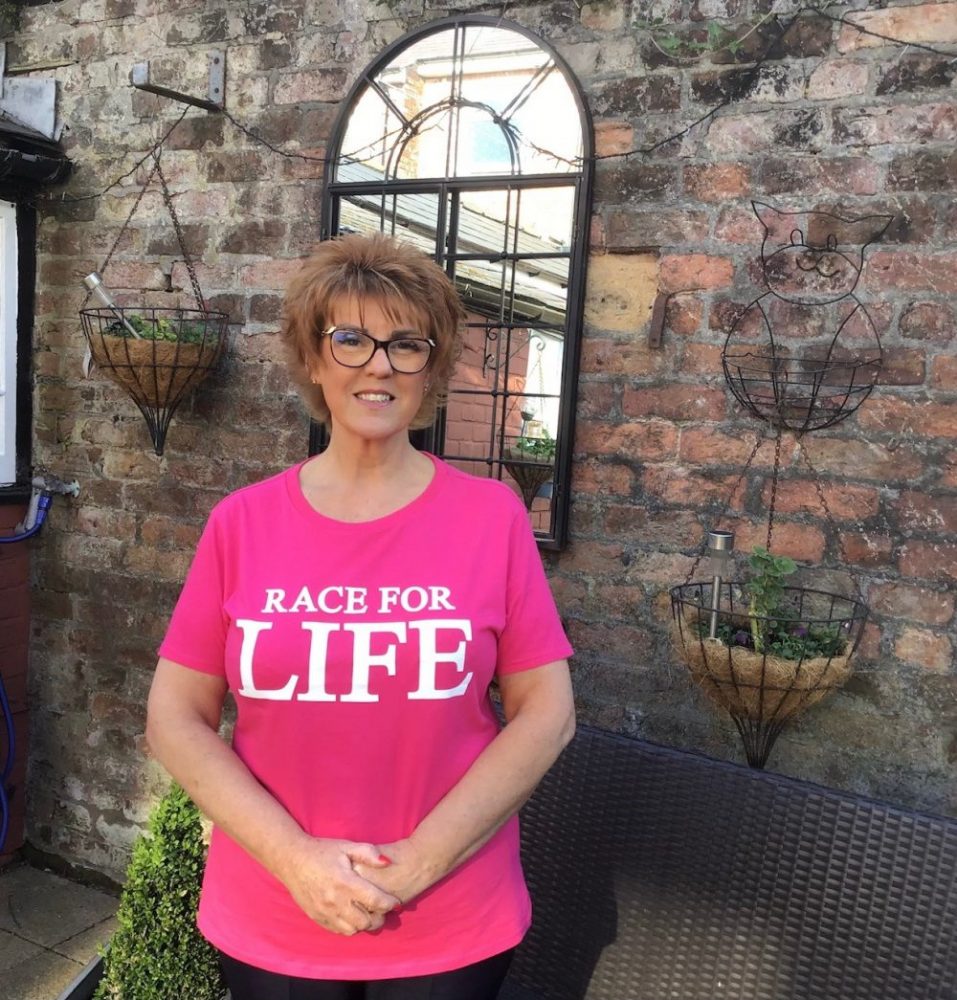 “Sadly, cancer affects all of us in some way. Whether people are living with cancer, taking part in honour of or in memory of a loved one with cancer or signing up to protect their own children’s future, everyone has a reason to Race for Life.”

Race for Life events in Merseyside

To enter, visit the Race For Life website here.