Wirral man to attempt barefoot walking world record in aid of mental health - The Guide Liverpool
Contact Us Advertise with The Guide Our Video Services Follow us:

A young man with PTSD who found himself standing on a railway bridge contemplating suicide is attempting to break the barefoot walking World Record in aid of mental health.

Suffering from extreme PTSD due to a traumatic childhood, Nathan found himself standing on a railway bridge in September 2021. A childhood of physical, mental and emotional abuse had finally taken its toll and, whilst looking down at the train track below, he flipped a coin to decide whether to jump or not. The coin landed on tails and from that point on Nathan’s life was to change forever.

Nathan said: “My childhood was very difficult with lots of traumatic experiences. My mother was on drugs, my father was in and out of jail and I was subjected to lots of abuse. I was in and out of foster care, some good some bad, and I would often run away. Some of the things that happened to me as a child are unspeakable and I remember wanting to kill myself — even at 7 years of age.” 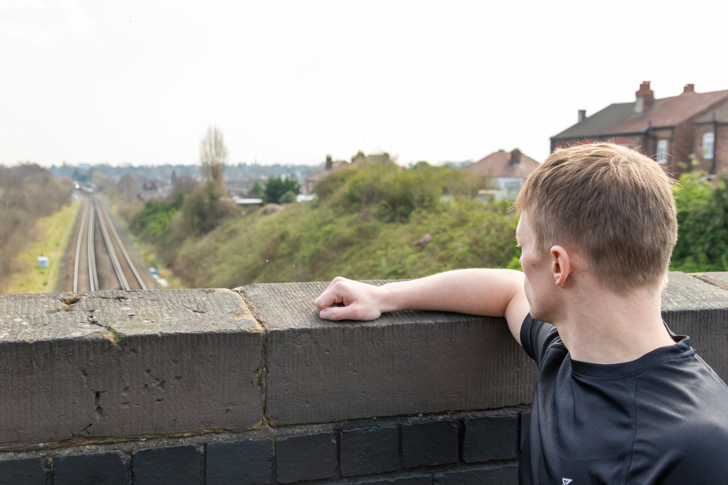 After surviving his grim childhood, Nathan joined the local gym and trained in Thai Boxing and Mixed Martial Arts. Taking his anger out in the ring, he became an accomplished fighter and won national titles — eventually becoming a Personal Trainer. As a 26-year-old with a good job, friends and his own home, Nathan had seemingly overcome his demons — that is, until one fateful night in September.

With horrific flashbacks of abuse and traumatic memories from childhood slowly creeping in, Nathan experienced a blackout on a Thursday evening in September 2021. Unable to remember the events of that evening, the time between sitting on his sofa and standing on the bridge of the railway track still remains a blur.

Nathan explained: “I survived, became an adult and thought I’d conquered my demons but PTSD got a hold of me in the end. The abuse I suffered as a child started to come back to me every day and I kept it all in. It built up to the point where one day I completely blacked out and I remember nothing in between sitting at home and standing on that bridge.”

After tossing a coin to decide his fate, Nathan returned home with the intention of keeping the incident to himself but soon confided in his friends and family. This initial act of talking led to him seeking counselling and guidance to help him come to terms with his ordeal as a child.

Nathan said: “I kept so much in for so many years and it took that moment on the bridge to make me realise how severe my trauma was. It forced me to open up and talk about it and that’s when the healing really started. One of the things that got me through the dark moments was going for walks and after the incident I had a vision of Land’s End — then I came up with the idea.”

Having had ongoing counselling and support, Nathan understood the importance of talking and also walking during times of darkness. In December 2022, he created the concept of ‘Walk A Mile In My Shoes’ — a mission to break the Guinness World Record for barefoot walking in order to raise awareness of mental health and encourage people to talk rather than suffer in silence.

Nathan explained: “During times of darkness walking and fresh air was a saviour but ultimately talking about my deep rooted problems saved my life. Walk A Mile In My Shoes combines walking with forcing the issue of talking about mental health and if I can help or inspire just one person I’ll be happy. The walk will also be raising money for the MIND mental health charity and my aim is to raise £50,000 if possible.”

On 4th May 2022, Nathan will set off from John O’ Groats in Scotland to walk an average of 26.2 miles per day every day for 52 days continuously barefoot — a full marathon every day and something that’s never been done on record before. A title winning MMA fighter and now a Personal Trainer, Nathan has been training hard and will attempt to break the World Record whilst sleeping rough along the way.

Nathan said: “I’ve been training hard and using all my MMA and Personal Training experience. I’ve been walking a few miles barefoot, building up and conditioning my feet. It’s not going to be easy doing this every day and sleeping wild most nights but I need to make a point. I survived suicide and I am working through PTSD — now it is my duty to raise awareness, encourage people to talk and raise money for mental health in the process.” 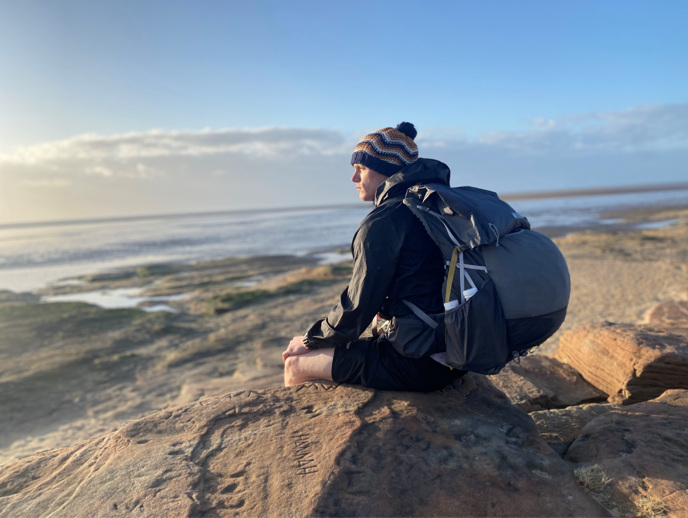 He continued: “I will complete this mission no matter how hard it is but my work will not stop there. When I was a child I’d run away to Wales and there was this abandoned farm building I’d escape to until I was starving. After breaking this record I want to return to that old building and turn it into a country retreat for underprivileged and abused kids — that’s the next aim, to step in and save kids who are suffering like I did.”

From standing on a railway bridge contemplating suicide, PTSD sufferer Nathan Dunne is attempting to break the Guinness World Record for barefoot walking on 4th May 2022 by walking 1,350 miles continuously from John O’ Groats to Land’s End. All donations made through his Just Giving page will benefit the MIND mental health charity.

Check out all Nathan’s links on LINKTREE!