Wirral school sends two vans full of donations to help Ukraine refugees - The Guide Liverpool
Contact Us Advertise with The Guide Our Video Services Follow us:

Wirral Grammar School for Girls has filled two vans with donations of essential supplies to send to Ukrainian refugees fleeing their homes to find safety in neighbouring Poland.

The school saw an interview on The Guide Liverpool with Michael Francowiak, co-founder of Polskie Merseyside, appealing for aid for displaced families.

He’s helped to set up Polish & British Solidarity with Ukraine to transport items to those who’ve been forced to leave their country since the invasion began.

Wirral Grammar girls decided they wanted to support the campaign and shared the appeal through year assemblies and posters around the school listing the items which Polskie Merseyside has identified as most needed.

On Friday morning, pupils were asked to bring in their donations and the school was overwhelmed by the response.

Bromborough Paints donated 10 large builders’ bags which were all filled, and Roberts Recycling in Huyton offered to collect the donations which ended up filling two 1.7 tonne vans. 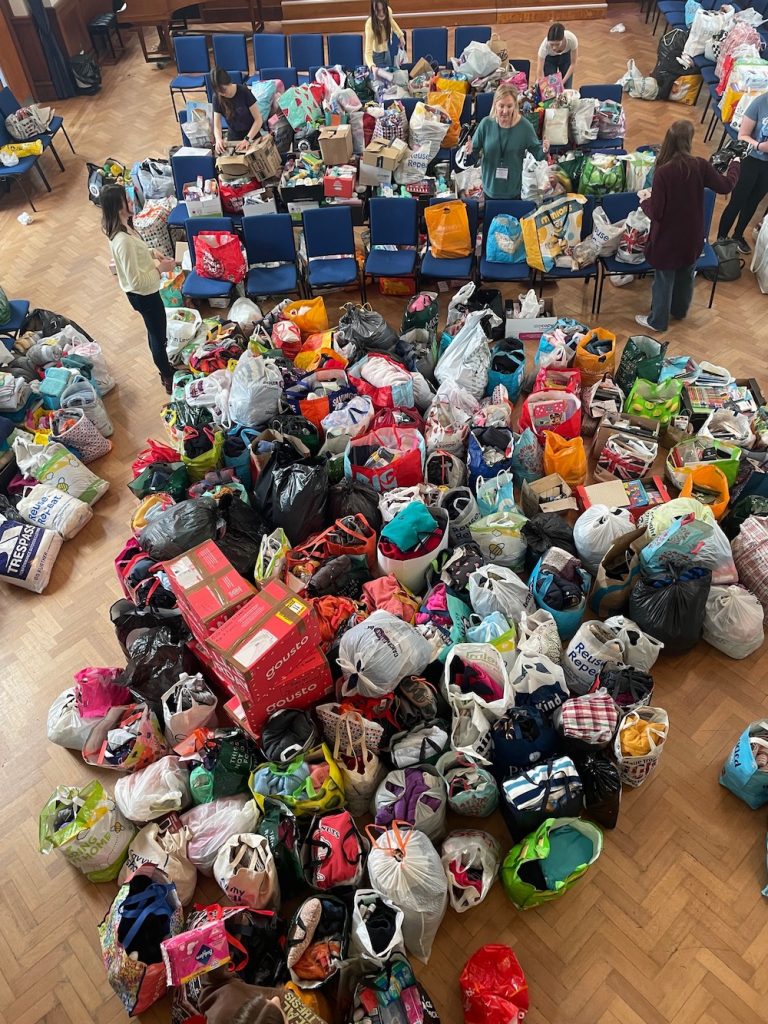 English teacher Lia Kennedy-Jones said: “Before registration we had a collection and everyone brought in their donations. We created big donation piles, and actually covered two-thirds of the hall with bags and boxes. It was amazing.

“We have just over 1200 pupils and so many of them brought in donations, everything from nappies and sanitary products, to blankets and towels, clothing, and colouring books and pencils for the children.”

Lia says the girls’ involvement didn’t stop there. “It wasn’t only their generosity with donations, but their willingness to help on the day as well because we had volunteers, mainly from year 12, who helped to receive and sort out all the donations as they were brought in. Then when the vans arrived we had about 25 girls who were packing and loading everything safely so it was a real team effort.

“Roberts Recycling donated two drivers as well as the vans, and they have offered their warehouse to the Polskie Centre, so our donations are initially going there and then they’ll go over to Wrexham and on to the Poland/Ukraine border for the refugees.”

In addition to the supplies, sixth formers at the school also organised a non-uniform day to raise money for Ukrainians escaping the war. Poland has already taken in around half a million people, mainly women and children, in the week since the Russian invasion began. 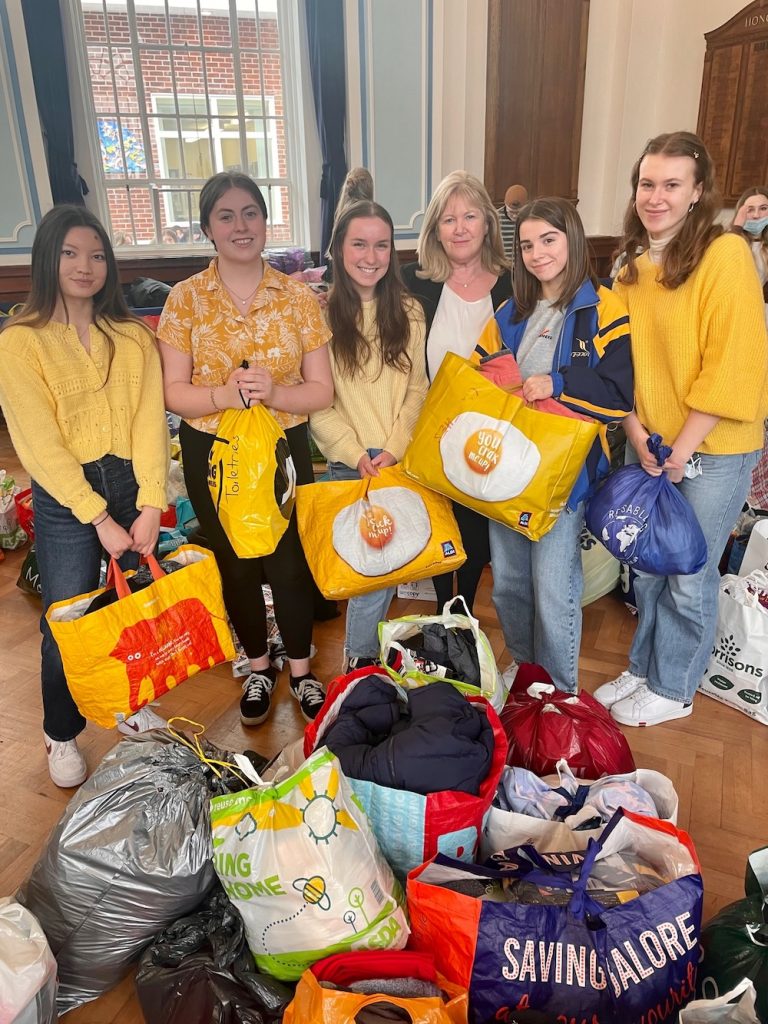 Pupils wore the colours of the Ukraine flag, yellow and blue, for the day and managed to collect a whopping £2,800 which will be match-funded by the Government to raise a total £5,800 for the refugee appeal.

“We’ve had amazing community spirit in school with the girls wearing yellow and blue to show their solidarity,” said Lia. “It’s clear that everyone here has been really affected by everything they’ve seen on the TV and in the new reports and they’ve responded brilliantly.”

Headteacher Mrs Cogan added: “As always, the girls and parents of Wirral Grammar School for Girls have stepped up to the mark in their support of this incredibly important humanitarian cause.

“The level of generosity shown has been astounding, and the way in which the pupils organised their efforts was remarkable.”

To find out more about Polskie Merseyside’s campaign for Ukraine, VISIT THE WEBSITE HERE.