The World Gymnastics Championships take over Liverpool in October

22-year-old student Megan Allan has been announced as the winner of The World Gymnastics Championships Liverpool 2022 (WGC2022) ‘Worldpool’ artwork competition – with her work to go on display at the M&S Bank Arena during the event, which begins in 100 days-time.

Having loved art at school, but putting her hobby on pause for many years to focus on other studies, Megan, a gymnastics coach from Aberdeen, got involved in the competition to inspire young gymnasts to get creative and ended up rediscovering her love of design.

The Worldpool art competition was launched last year, where fans and creatives were invited to submit artwork in any form they chose based around the Championships’ logo, the ‘Worldpool’. Initially shortlisted alongside eight other designs, Megan’s work was selected by a panel of judges, including Championships ambassador Max Whitlock OBE, Liverpool artist Paul Curtis, head of audiences at Tate Liverpool, Jemima Pyne, and designer Martin Boath from Front Page, who created the Championships brand.

Reflecting on her inspiration behind the artwork, Megan said:

“I teach gymnastics and this competition was just something I wanted to do alongside the children to show the importance of creativity in the sport. My goal was to create a piece that was as eye-catching and dynamic as watching a gymnastics routine – when the sport is in action you can’t look away. What makes gymnastics great is the opportunity to get creative, which is something I have always tried to champion as part of my relationship with the sport, and now into this artwork. 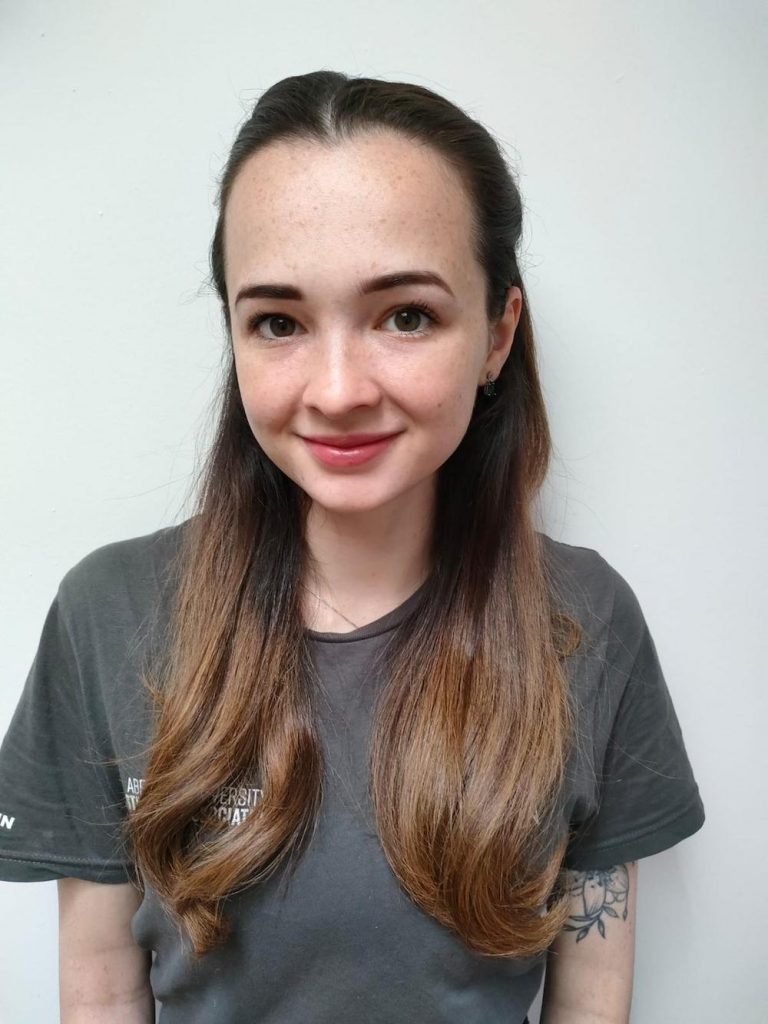 “The background was inspired by the coloured smoke often used in photography, as I feel this helps convey the idea that Liverpool’s creativity is explosive and at the city’s core. There is also a little nod to Paul Curtis and his brilliant work in the piece with the gymnast having angel wings!

“I am so excited to be attending the competition and seeing the hard work that the world’s best gymnasts put in, come to life. I will be taking my friends that I do gymnastics with – it’s going to be really special for us and for me especially to see my artwork on display at such a major competition.”

““Congratulations to Megan on being selected as our competition winner with her work to be displayed proudly at the World Gymnastics Championships in Liverpool. The calibre of submissions was exceptionally high, all of the final pieces were great in the way they represented Liverpool and gymnastics together but she is a worthy winner. I was so impressed with Megan’s use of colour – her work is bold with the black and white infused with a riot of colours. It can be risky to use so many different colours in a design, but the risk has definitely paid off and this eye-catching design will look fantastic on display at the Championships, which begins in just 100 days.”

“It is great to see the results of the Worldpool Art Competition and all the creativity shown by the entrants, with so many different styles and interpretations of the brief. It was a really difficult job to choose between the final three, but Megan’s is a great concept using the iconic Liverpool landscape and using shadows to make the Worldpool stand out. I hope she and her friends have an amazing time watching some of the 550 world-class gymnasts compete in Liverpool’s incredible M&S Bank Arena, knowing her artwork is on display in the Fanzone for everyone to see.”

As well as winning the opportunity to work with Liverpool artist Paul Curtis to put her art on display at the Championships, Megan will also get to be part of the action after winning four tickets to attend the Women’s and Men’s Apparatus Finals and a two-night stay in the city, courtesy of INNSiDE Liverpool as part of her prize. Garry Fortune, Director of Operations at INNSiDE UK North, said:

“We love to host visitors with our warm Liverpool welcome and look forward to hosting Megan in our city during this fantastic event. At INNSiDE our philosophy is ‘Stay Curious’, which ensures each guest’s stay is complete with locally inspired lifestyle experiences and considered comforts. As part of our ‘Stay Curious’ ethos we host artwork from local artists on a rotational basis around the hotel, so encouraging people to get creative is something we support wholeheartedly.”

The World Gymnastics Championships Liverpool 2022 will be an Olympic qualifying event for the Paris 2024 games and will be one of the largest international sporting events ever to be held in the city. 550 gymnasts from 75 countries will compete in the global event at the M&S Bank Arena, which will take place from 29 October to 6 November 2022.