Young Folks: 6 Merseyside artists bringing a new generation to the Folk scene - The Guide Liverpool
Contact Us Advertise with The Guide Our Video Services Follow us: 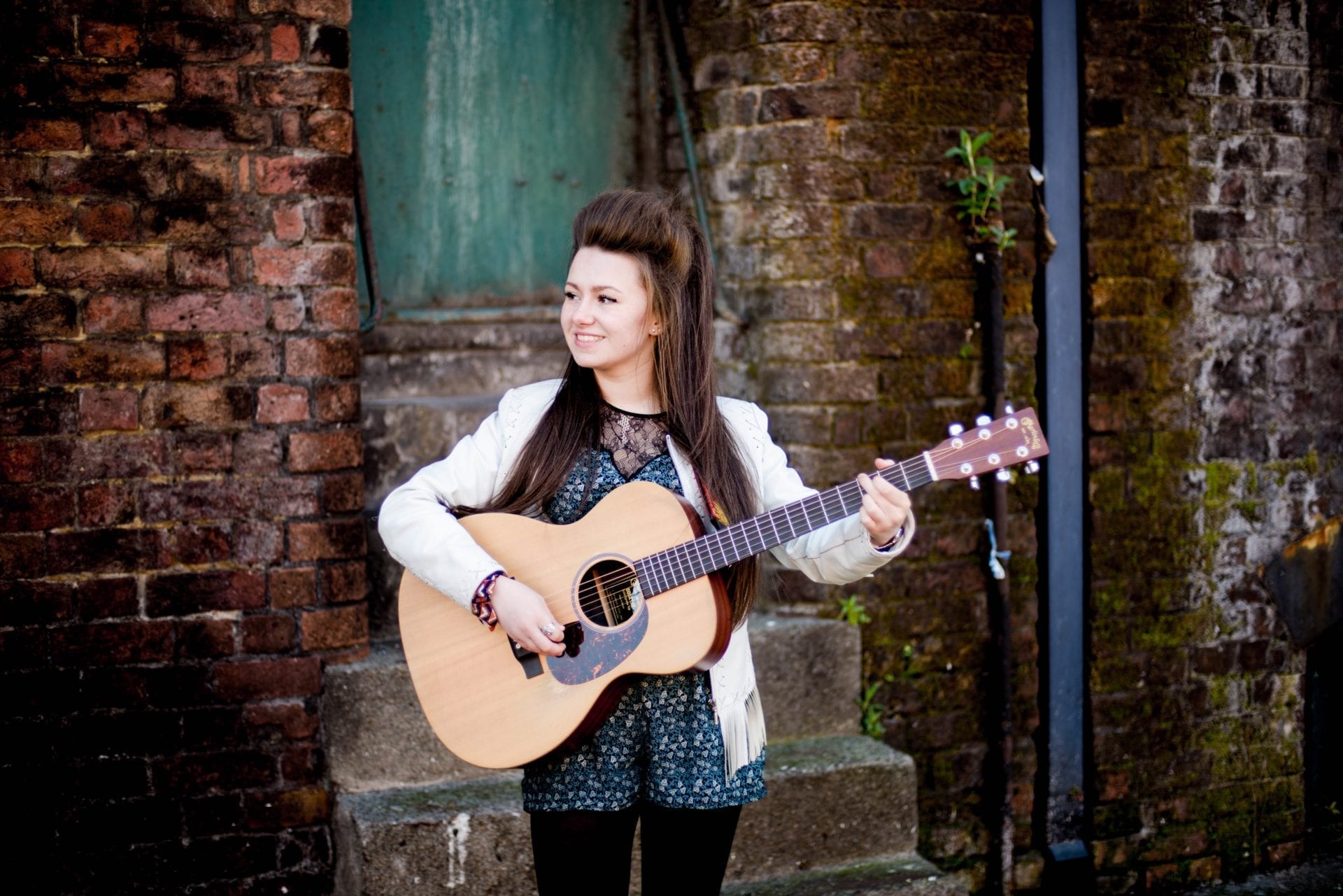 Okay we’ll admit, Folk has a reputation for being only for the older generations, like your parents who like to reminisce about how good music ‘used to be’, but we’ve got news for you….and them!

Steeped in musical and maritime history, Merseyside has a wealth of upcoming folk artists who capture not only the unique story-telling, melancholic roots of folk, but they do it with style too. Why not plan your bank holiday weekend around a wander to Albert Dock and take in some brand new music at Folk on the Dock? With three stages and more than 50 acts there’s bound to be a sound for you.

If you still need a bit of inspiration, here’s 6 of our favourite up and coming folk artists in Merseyside….

If Folk isn’t yet your thing, then Alex Hulme is you perfect gateway artist. His enthusiasm and passion for music is infectious, resulting in you being immediately entranced by his presence on stage. Story telling is an essential part of Folk music and Hulme does it not only through his lyrics, but also through his unique guitar playing. He layers sound upon sound, riff upon riff to get his story across to you on a much higher level.

I'm very pleased to reveal the music video for my debut single Heat. If you enjoy the track, you can find it at:iTunes: https://geo.itunes.apple.com/gb/album/heat-single/id1215705841?app=itunesGoogle Play: https://play.google.com/store/music/album/Ellie_Keegan_Heat?id=Baxgrnkdbv46ssawki2oxj6qs34Amazon: https://www.amazon.co.uk/Heat/dp/B06XPYG6NR/ref=sr_1_1?ie=UTF8&qid=1491642487&sr=8-1&keywords=heat+ellie+keeganSpotify: https://open.spotify.com/album/5vLK51FMO8cMt1lWUeT5qN

Ellie Keegan is another artist on the bill for this year’s festival that is doing something a little different with the genre. She manages to fuse the acoustic sound of the genre with something a little more indie, a cousin of the iconic original. Her debut single, Heat, is out now and is a showcase of her raw talent, craftsmanship and charisma with clever lyrics and an intriguing video.

Ben Paveley is one of the young, bright sparks for Folk in the City. He is a graduate of LIPA and has a touch of melancholy about his sound. As Alex Hulme is a ball of energy, pulling your attention to the stage, Paveley is quite the opposite – quiet, unassuming but just as magical. His take on the genre is based around melody, harmony and lyrics a good old fashioned recipe that is hard to improve upon, especially when the three are married together as blissfully as this.

These two are both artists within their own right but have recently teamed up to blend their beautiful vocal sounds, and Hartrey’s quirky guitar style, together; a recipe that is cooking up a storm in the upcoming Folk scene. Eline Skar has a style reminiscent of classic Folk whilst Hartrey pushes the boundaries a little more through her guitar technique, making this match as interesting as it is enchanting.

Eleanor Nelly is a must see/listen artist for anyone in to upcoming, organic music. Whether continuing your journey through Folk or only just starting it, this girl is a must hear local artist doing innovative and exciting things within the genre. Having recently realised her dream of writing in Nashville and become the first ever recipient of the LIMF Academy Spirit Award, Eleanor is pushing the boundaries with both her music and phenomenal work ethic.

We're super excited to have Liverpudlian singer Rosenblume joining us this Friday in the Tudor Bar for our acoustic spring sessions. Come and join us from 8pm

Posted by The Old Bell Hotel Derby on Wednesday, 7 June 2017

Daniel Ross and the gang are a must-hear Mersey outfit when it comes to Folk in the city. If they’re not working hard playing all over the country at festivals, they’re in the studio creating irresistible, charming new material. The Rosenblume sound is one of maturity and honesty as the music tells the story almost as much as the lyrics and vocals.

Head on over to www.folkonthedock.com to check out the brilliant line-up at this years event and make sure you follow @theAlbertDock for regular updates on the run up to bank holiday weekend.

Do you have a favourite up and coming Merseyside artist? Tweet us @TheGuideLpool with who you think we should be watching and we’ll share the best on our socials.