Young piano star joins 88-year-old veteran pianist at Tickle the Ivories  - The Guide Liverpool
Contact Us Advertise with The Guide Our Video Services Follow us:

A talented, aspiring pianist entertained crowds at Liverpool ONE’s Tickle the Ivories alongside one of the annual festival’s regulars, ‘Billy the Hat’.

Eight-year-old Joanna Moore, from Toxteth, joined 88-year-old Billy, from Wavertree, on the keys, showcasing their phenomenal skills together.

Joanna, who begins a scholarship at Manchester’s prestigious Chetham’s School of Music in September, performed a series of classical favourites, including Debussy’s Children’s Corner and Sonata in D major by Haydn, before Billy took his seat to play straight after. 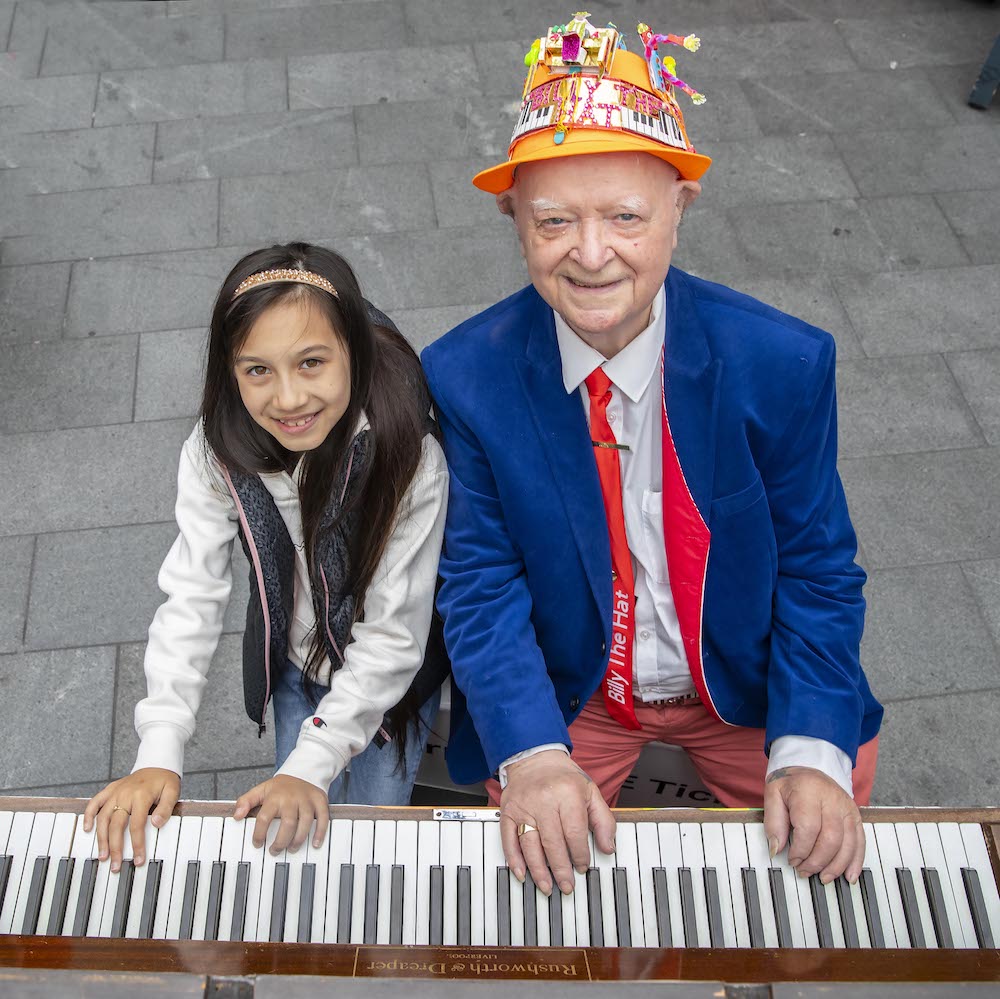 The pair performed a duet by Diabelli together on Saturday, ahead of Billy launching into his repertoire of jazz tunes, such as Summertime and Ain’t Misbehaving.

Joanna was also joined by her younger brother, Harvey, six, for a series of tunes, drawing in crowds to watch the siblings showcase their skills.

A 10 week-long event, Tickle the Ivories is now in its 12th year and runs until 11th September.

The much-loved festival encourages local talent to get involved and fill the streets of Liverpool city centre with symphonies of every genre, from classical through to dance music.

“Joanna’s been playing the piano since she was about five years old – I taught her up until the age of around seven and then she started professional lessons.

“It’s something that just comes naturally to her – I listen to her play and I can’t believe that someone so young is creating such amazing sounds. Her younger brother, Harvey, is following in her footsteps too and has picked it up extremely quickly.

“They both absolutely love performing, so taking them along to Tickle the Ivories is a great way for them to do what they love and build their confidence in front of audiences.

“They were really excited to perform with Billy and it was fantastic to see two generations come together with a common passion.” 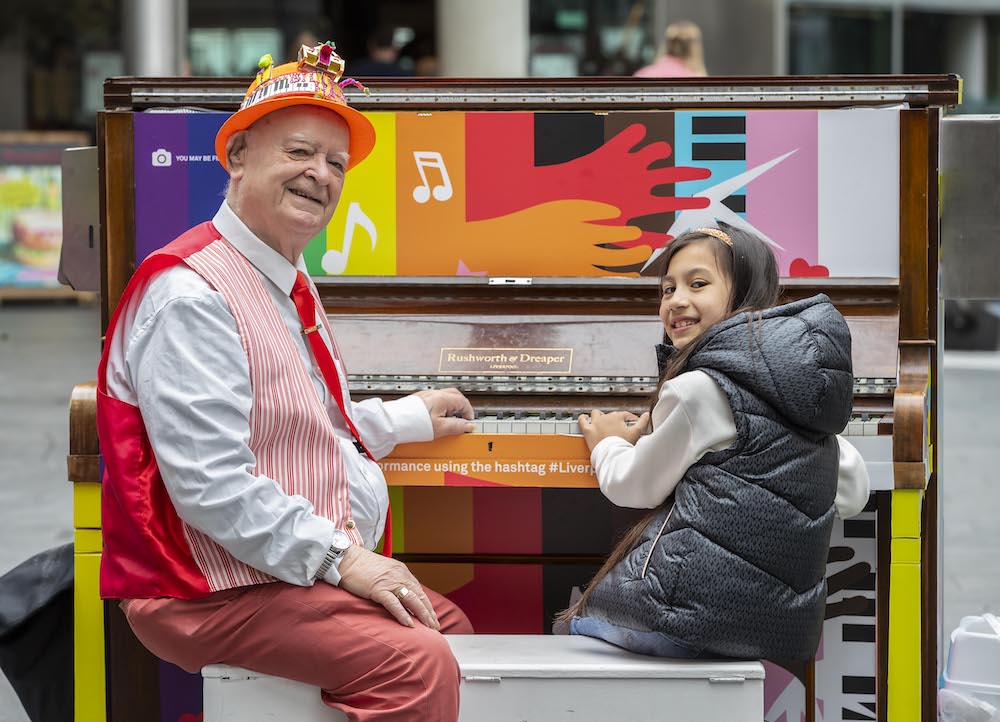 With more than 5,700 performances under its belt since 2011, Tickle the Ivories is set to bring more than 100 performers this year, ranging from solo pianists, duo pianists, choirs and dance groups.

The free-to-use pianos are located at the bottom of Sugar House Steps by John Lewis & Partners; South John Street, Peter’s Square, College Lane and the Galleria by the entrance of ODEON.

“I just love coming to play at Tickle the Ivories each year – there’s a real community spirit among the regulars and it’s great to see each other every year, as well as meeting new faces and watching fresh talent.

“Joanna and Harvey were incredible to watch – they have such amazing talent at such a young age and it’s clear they are going to have a bright future ahead of them. I’m already looking forward to seeing them again in a couple of weeks’ time!”

This year, performers have the opportunity to play on the newly revamped pianos, with all of them having been redesigned with iconic imagery by local artists including Sean Webster, Jess Hanko, Jessica Slack, Sophie Green, Laura Kate, Leo Soph Welton and Toucan Tango.

“Every year, we’re astounded by the level of talent we get to see at Tickle the Ivories, with people of all ages, abilities and musical preferences coming forward to show off what they can do.

See what’s on in the coming weeks here
👉https://t.co/lkc4WkQXte pic.twitter.com/K1vaUiSSC3

“Tickle the Ivories is about bringing the community together, making culture and music accessible and creating a platform for both established and up-and-coming performers, so it’s lovely to see them performing back-to-back, demonstrating the breadth of talent that’s right here in Liverpool City Region.

“There’s still plenty of time before we pack the pianos away, so we’d encourage anyone considering joining in to get signed up and come have a go!”

For further information about Tickle the Ivories performances to book a slot, visit the website here.