Yousef says CIRCUS 20th birthday in Liverpool is going to be 'the most ridiculous line-up ever' - The Guide Liverpool
Contact Us Advertise with The Guide Our Video Services Follow us:

Yousef says CIRCUS is celebrating its 20th birthday in Liverpool with “the most ridiculous line-up ever” at Blackstone Street Warehouse.

It’s going to be a massive night on October 1, with five hours and five of the biggest artists in electronic music, playing back-to-back for the first time anywhere in the world. 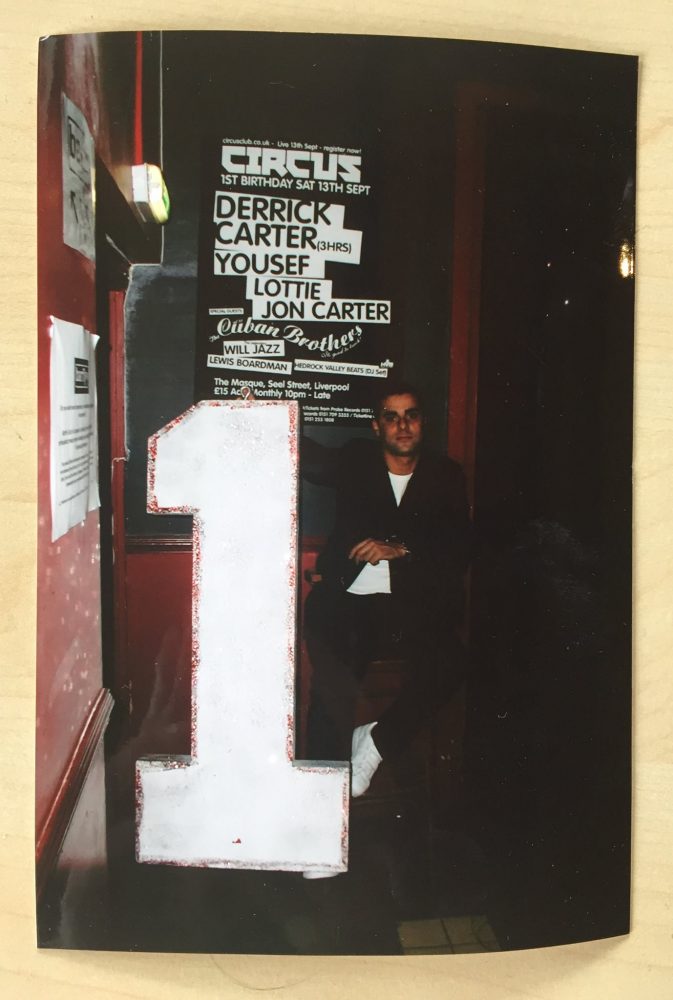 And Yousef, who started it all at The Masque back in 2002, predicts an incredible nine hours of celebration.

“We started small and very quickly we were putting on ridiculous line-ups and that’s never changed. The 20th birthday line-up is the most ridiculous ever. It’s a juggernaut of an idea, all five of us – me, Loco Dice, Seth Troxler, Joseph Capriati and The Martinez Brothers – standing together and trying to out-do each other! 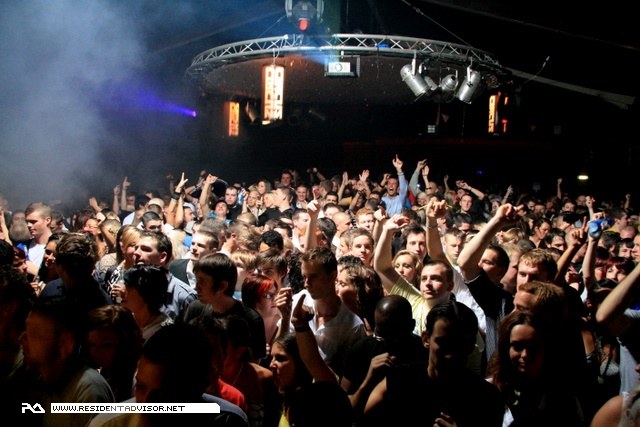 “We’re all great at what we do, we all respect each other, and ultimately we’ll just see how it goes. We’ll chop in and chop out, one after the other, it’ll be relentless. And I think the excitement of something live like that is that it could go wrong at any moment, that’s the buzz.”

Even though it’s been a couple of decades, Yousef remembers vividly that first night of CIRCUS. 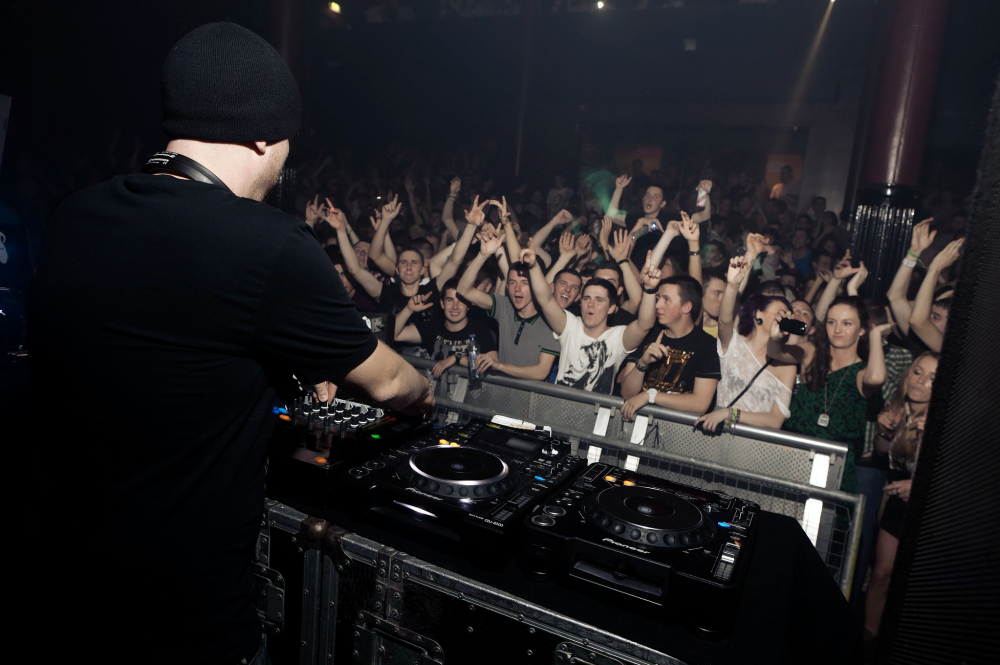 “It was meant to be the continuation of my residency at Cream because I’d opted to start my own night, but unfortunately Cream shut so my friend Richard said, ‘I’ve got a venue, do you want to do CIRCUS at this place called The Masque?’

“We had four weeks to turn it round and I remember we were literally ripping out the old theatre chairs to make it into a rave den. That theatre is hundreds of years old, Charles Dickens has spoken on that same stage and the history of the building is like a who’s who of dignitaries. 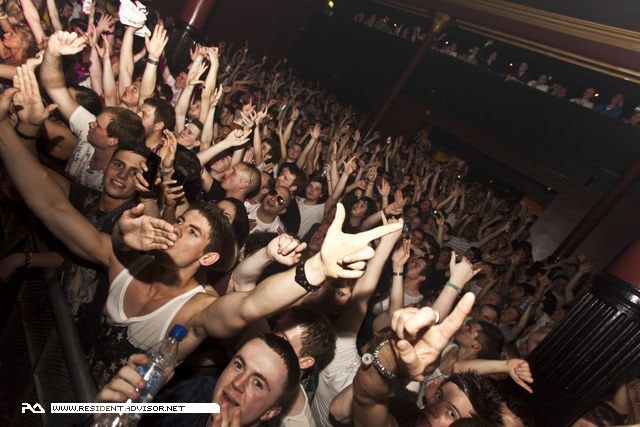 “I think the fact The Masque was so different to the Annexe worked for us. The Annexe at Cream was the best club room in the world – the best sound, the best DJ booth, everything, so we weren’t trying to replicate that at all, we were just looking to find a new space.

“It was like an amphitheatre that went up so everyone in the whole room could see the DJ. We set up good sound, a good booth, we did pretty basic production and we just got on with it. And it was special from the first day. 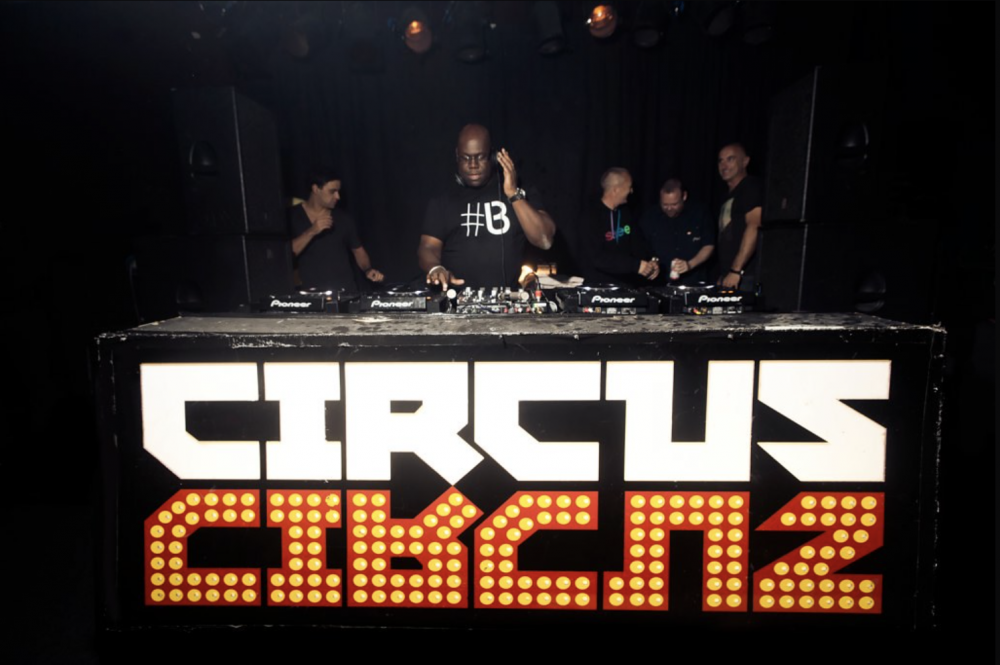 “With what I’d built up at Cream, I had a good following in the city of people that wanted to listen to underground house and techno, and fortunately they all followed me to The Masque. We were expecting 150-200 people and there was about 400 or 500 in the theatre, it was electric. It was just everything that we wanted.”

Yousef’s own profile meant he was able to bring in some huge DJs, so CIRCUS was really punching above its weight from day one. 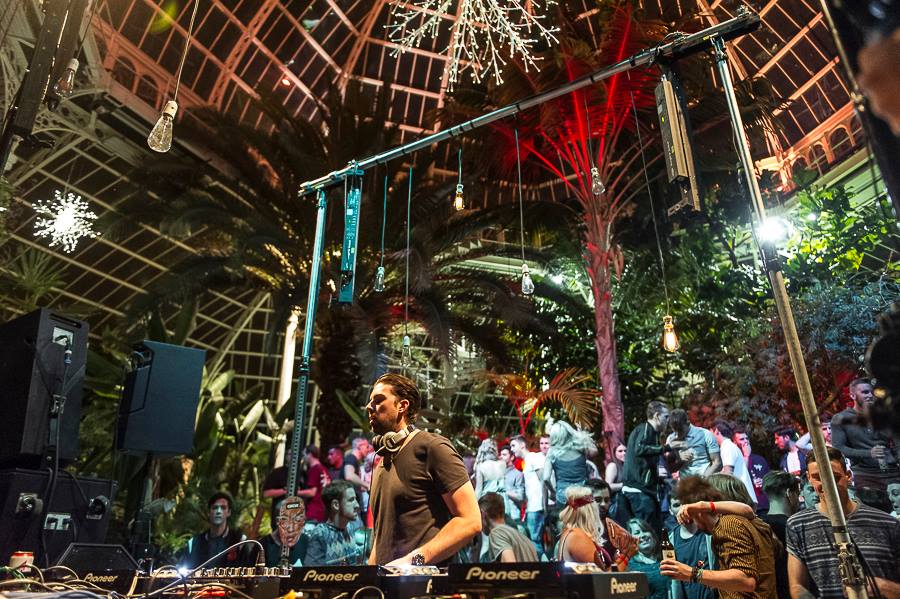 “At the time I was established in a lot of ways so I could pick up the phone and say ‘we’ve got a new night, do you want to give it a go?’ and they did.

“It wasn’t like we could just book anyone at all, some names it took years and years, but within 12 months of opening we had Derek Carter, Carl Cox, Laurent Garnier … so, if you look at year one from nothing, it’s disproportionate.” 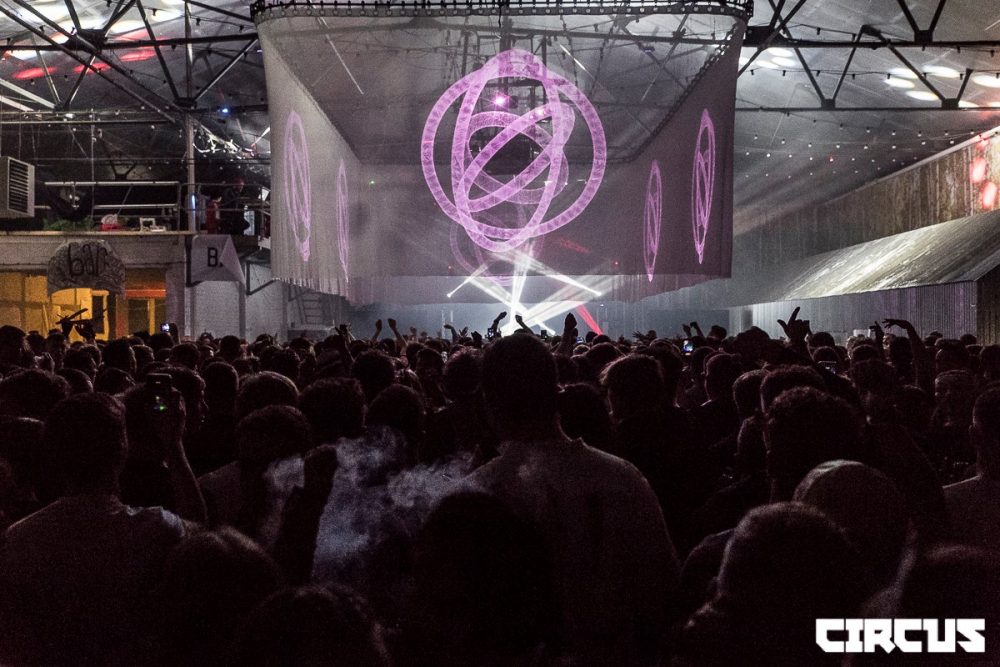 What really helped make CIRCUS was the crowd, says Yousef. “I’ve always wanted people to have fun and feel safe, to feel at home, and that they can come to CIRCUS on their own. The clique is everybody in there. That’s what it was like in the beginning and that ethos is still there.

“In the first few years we had the CIRCUS message board which was like a community chat room. It was so busy, at one point it was the busiest music chat room in Europe. 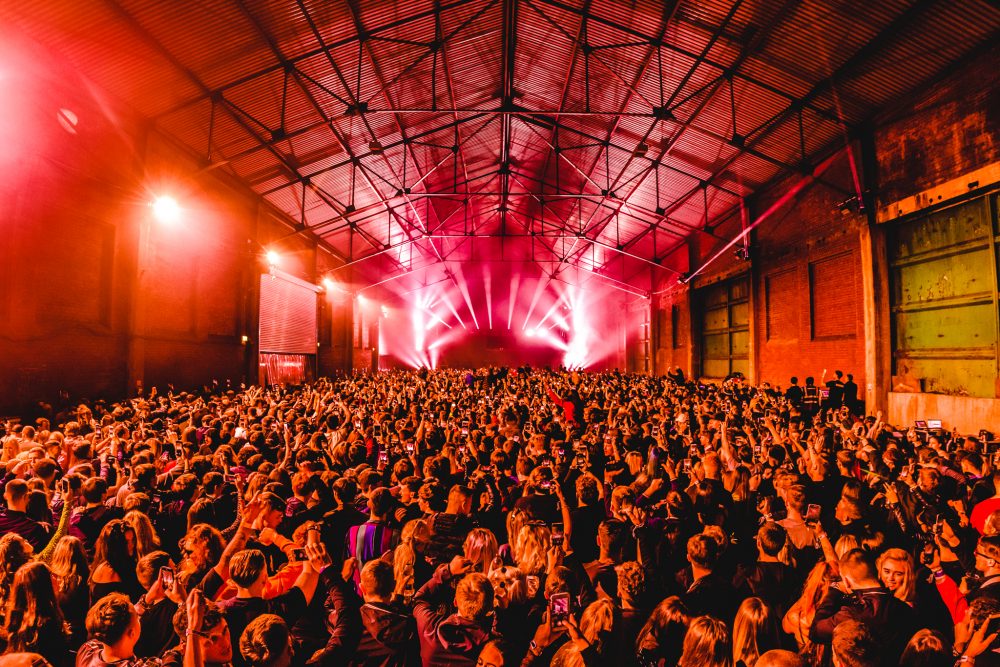 “It created a community of people who’d say to each other, ‘OK, I’ll meet you in the corner of the theatre at this time’ so not only did I build a fanbase for what I was doing and for the DJs, there was a self-perpetuating community.

“To this day there are people I know who are married, got kids, are best friends, all from the CIRCUS message board. 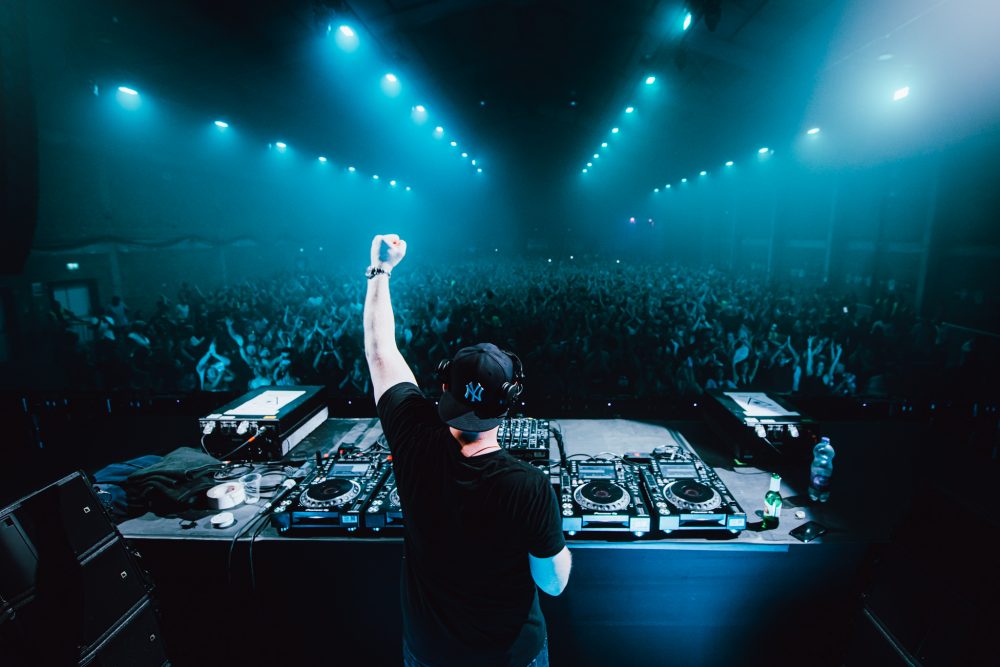 “Over the years I’ve been lucky enough to see the crowd regenerate, the audiences are generally 18-30, and CIRCUS has become its own thing. It’s also an event company so we run other people’s events and co-promote as well, and it’s good to keep on contributing to the city and making sure the scene’s in good shape.”

The birthday will secure CIRCUS’ place as a clubbing legend in Liverpool. 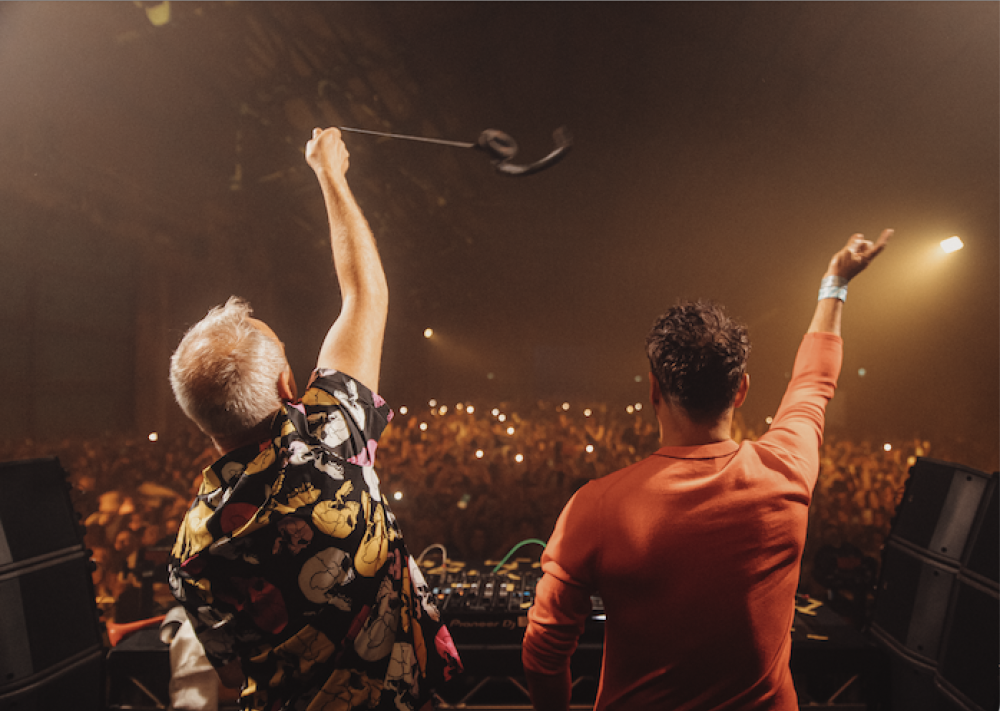 “We’ll probably have six decks, and the five of us will just go at it,” says Yousef. “We’ll also have Manda Moor and La La from the Sub Club in Glasgow, and Lewis Boardman who’s going to be opening up for us who’s excellent beyond words. It’s 2pm to 11pm and it’s going to be super-exciting. 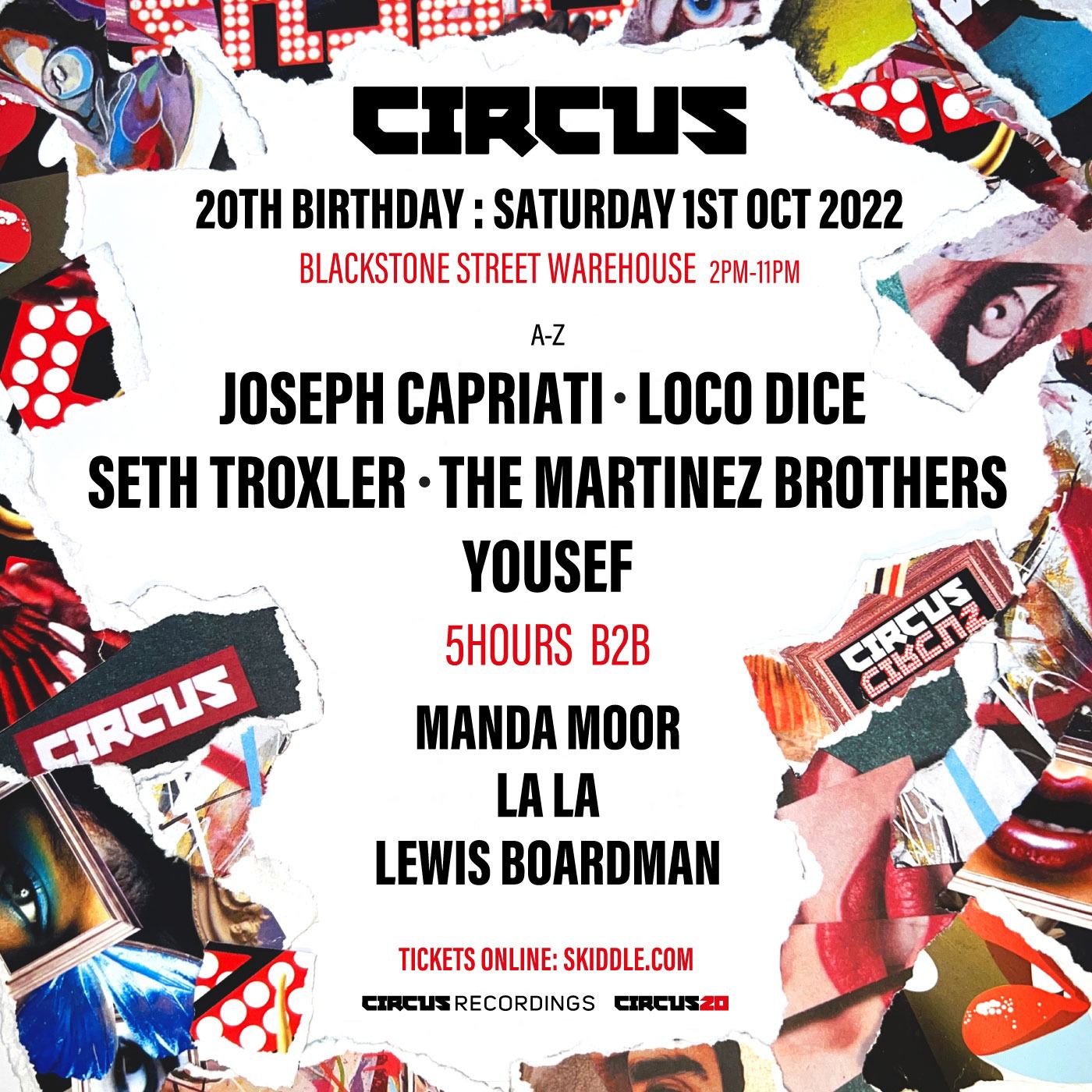 “I’m on the road and I get to do all these amazing gigs all over the world which is great, but then I come back and CIRCUS is the best gig I do. When it connects there’s nothing like it.”

Get your tickets for the CIRCUS birthday celebrations here.