10 brilliant beaches on Merseyside for you to explore - The Guide Liverpool
Contact Us Advertise with The Guide Our Video Services Follow us:

10 brilliant beaches on Merseyside for you to explore

British Summertime is officially here which means loads more daylight and the chance to get out and about …and there’s no better place to walk and get the headspace you need than on one of Merseyside’s brilliant beaches. 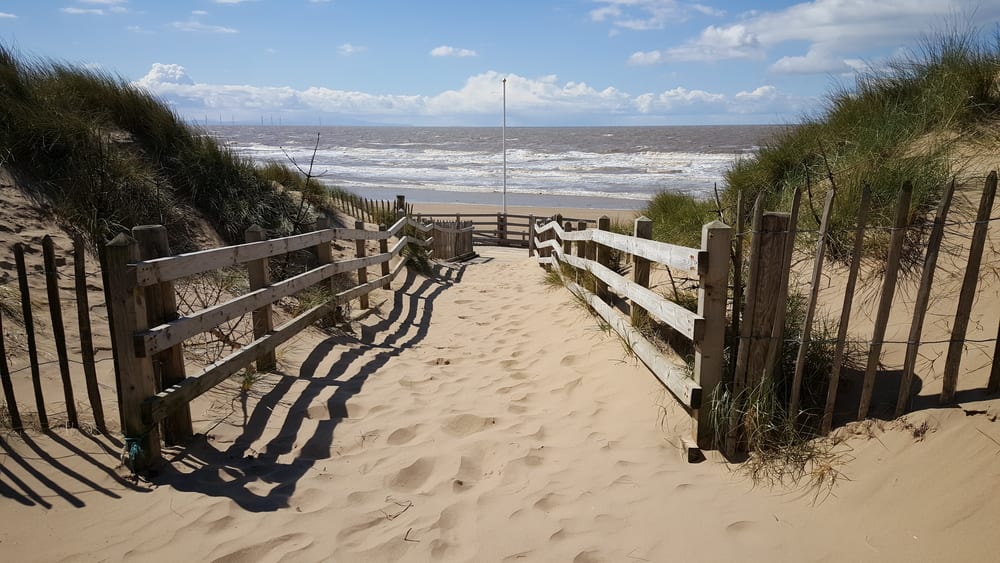 A National Trust treasure, it’s got to be one of the most popular Mersey beaches, with miles of glorious sand, dramatic sand dunes and surrounded by sweeping coastal pinewoods which are home to some very important inhabitants, the famous red squirrels.

You can certainly feel the cobwebs being blown away within minutes of stepping on to this stunning stretch of coastline.

There are also walking trails around which reveal a prehistoric past – low tide at Formby unveils prehistoric mud layers which are constantly being eroded. If you look closely you may be lucky enough to see human and animal footprints which date back from 3,500 to 7,000 years ago.

MORE - 10 Wirral Walks that you need to try 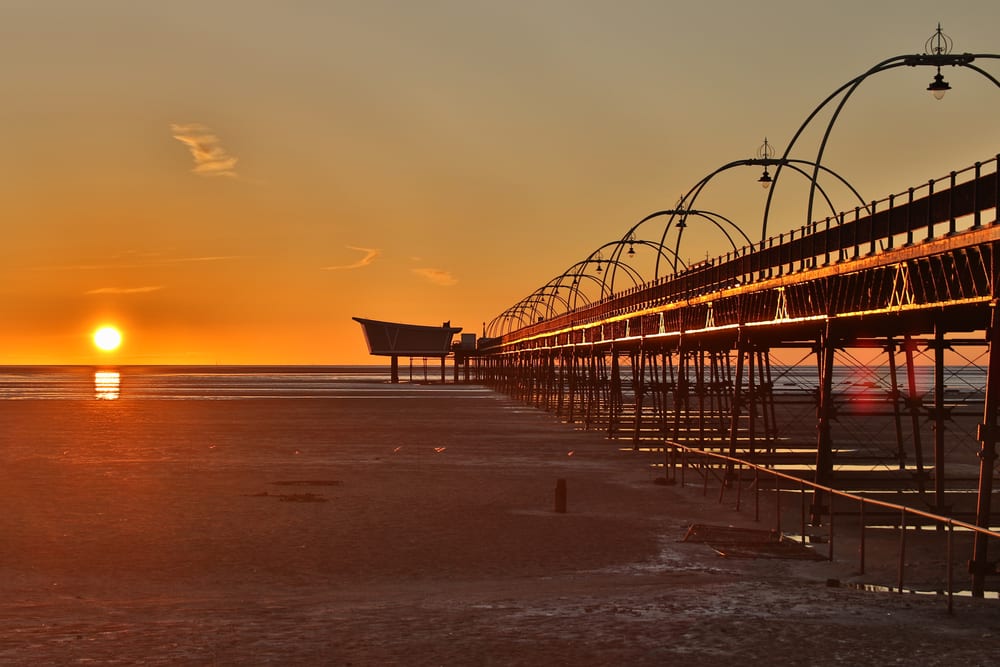 Not too far away, Southport is hard to beat for its seemingly endless beach – plenty of space to spread out!

It’s actually got 22 miles of coastline so you can paddle and build sandcastles to your heart’s content, or play a game of rounders or cricket with family or friends without any fear of a rogue ball landing in the middle of someone’s sarnies (or worse)… and speaking of sarnies, it’s the perfect place for a picnic.

For those who just want to wander, you can easily grab some alone time here and, with its 1,000-metre Victorian Pier – the second longest in the country – you can walk to the end to get magnificent views of the North West, Blackpool and, on a clear day, North Wales. 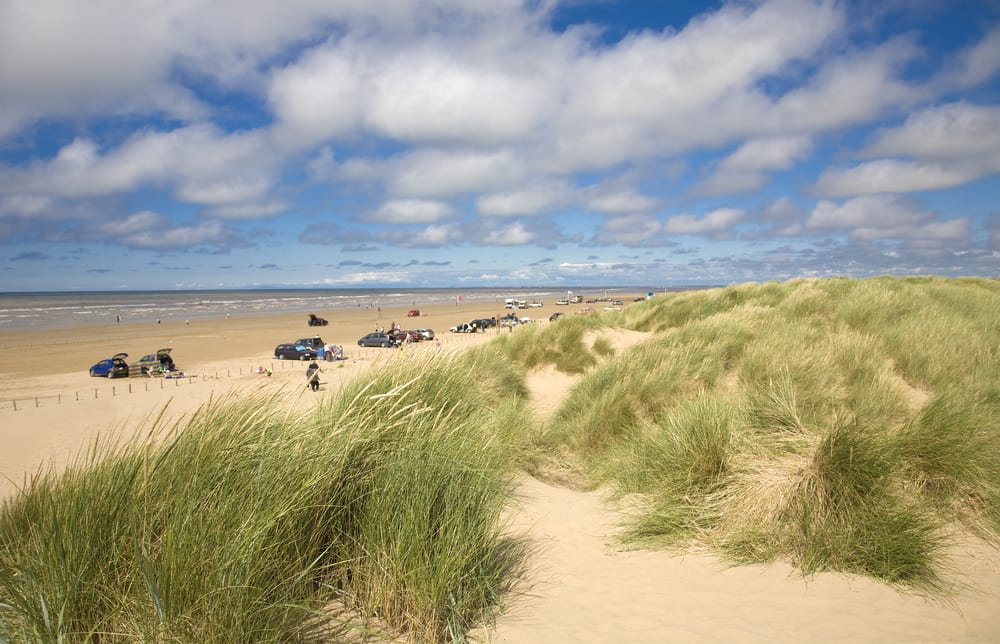 Ainsdale, too, has got miles of golden sand for great, long walks, or family picnics and building castles. For the adventurous it’s also got designated areas for extreme sports, kitesurfing and land-boarding, and windsurfing at sea.

Between Southport and Formby, it’s generally regarded as the best beach in the area and the only one in the North West to have ever been awarded a Blue Flag. It holds a Quality Coast Award which ensures clean water and plenty of facilities.

Ainsdale Discovery Centre is also worth a visit when allowed, to find out more about the local wildlife and habitat. 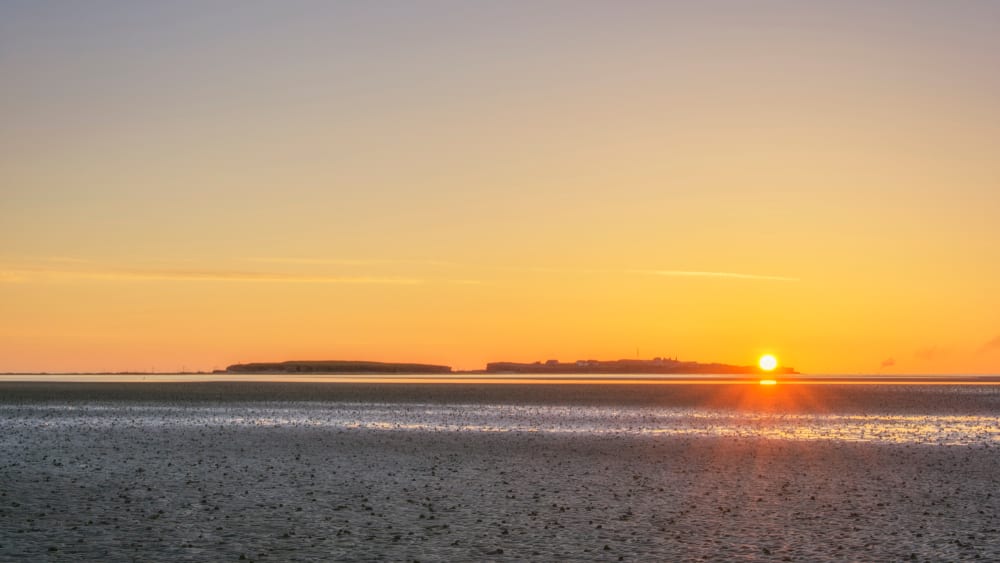 Small but beautiful, West Kirby is only 300m long but pretty and popular.

From here, you can see the red rocks of the Hilbre-Island archipelago – Hilbre Island, Middle Eye and Little Eye, all of which – with care – are accessible at low tide.  If you do want to walk out there (it’s about a two-mile trek), you’ll need to check tide tables and allow plenty of time to walk back as the islands are cut off for up to five out of every 12 hours.

Next to the beach is the West Kirby Marine Lake, home to Wirral Sailing School, which offers courses in sailing, windsurfing and canoeing. To the far side of the lake, is a one-kilometre long area of sand dunes, well-known for its flora and fauna, including the rare Natterjack Toad. 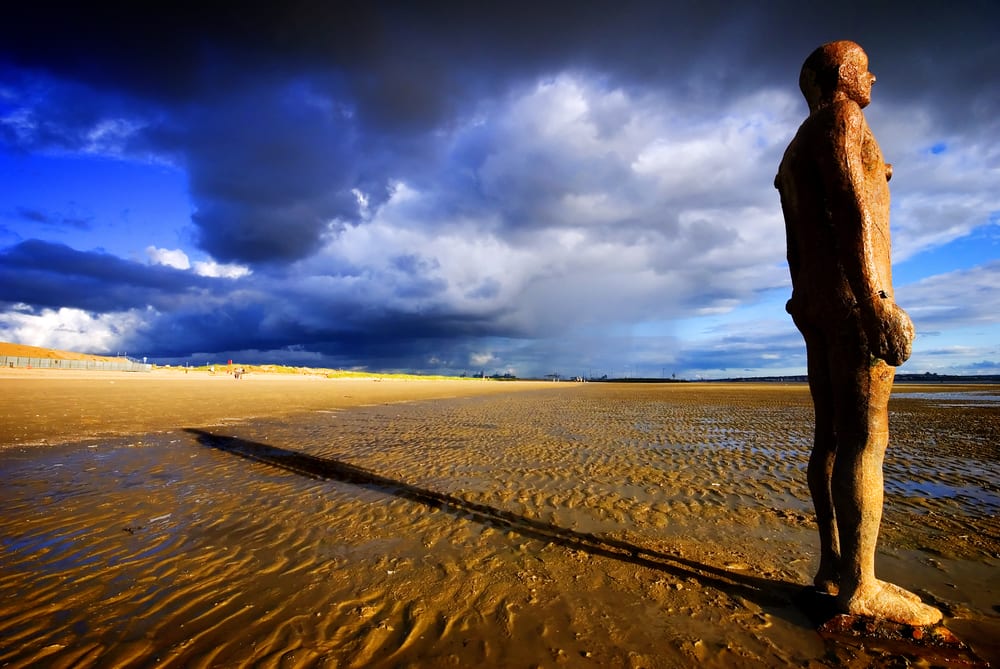 Always a popular beach, not least for walkers, birdwatchers, sand-lovers – and art lovers.

Since Antony Gormley’s iron men took up residence on the beach, it’s become part of the tourist trail for visitors to Liverpool. The ‘Another Place’ art installation remains one of the most impressive sights with 100 life-size iron men, cast from the artist’s own body, spreading across three kilometres of the foreshore and stretching almost one kilometre out to sea.

But that’s not the only draw. The coastal path provides a relaxing walk, with views of Wirral and North Wales on a clear day, and behind the central section of the beach are the former homes of some of Liverpool ‘s former sea-captains. 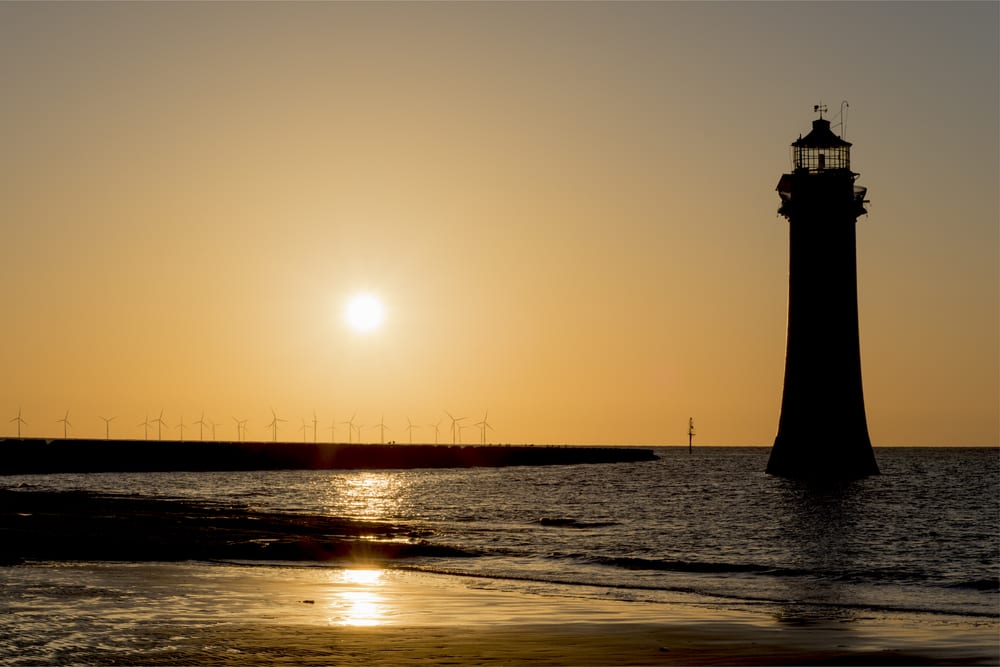 In the north-east corner of the Wirral, it boasts a lovely three-quarter stretch of golden sand so it’s no surprise it’s one of the go-to summer destinations for day-trippers. (And children will love playing on the Black Pearl, a community-built driftwood boat post-restrictions).

From the beach you get striking views of the city skyline and you can even watch ships sailing out from the mouth of the Mersey estuary into the Irish Sea. Beyond the marine lake is the 19th century Grade II listed Perch Rock Fort, once part of the sea-defences system, and Perch Rock lighthouse.

Many are nostalgic about New Brighton and talk about its past heyday but it’s as popular as ever after a £60m refurb which saw the building of the Marine Point leisure complex with shops, restaurants, a theatre and cinema. 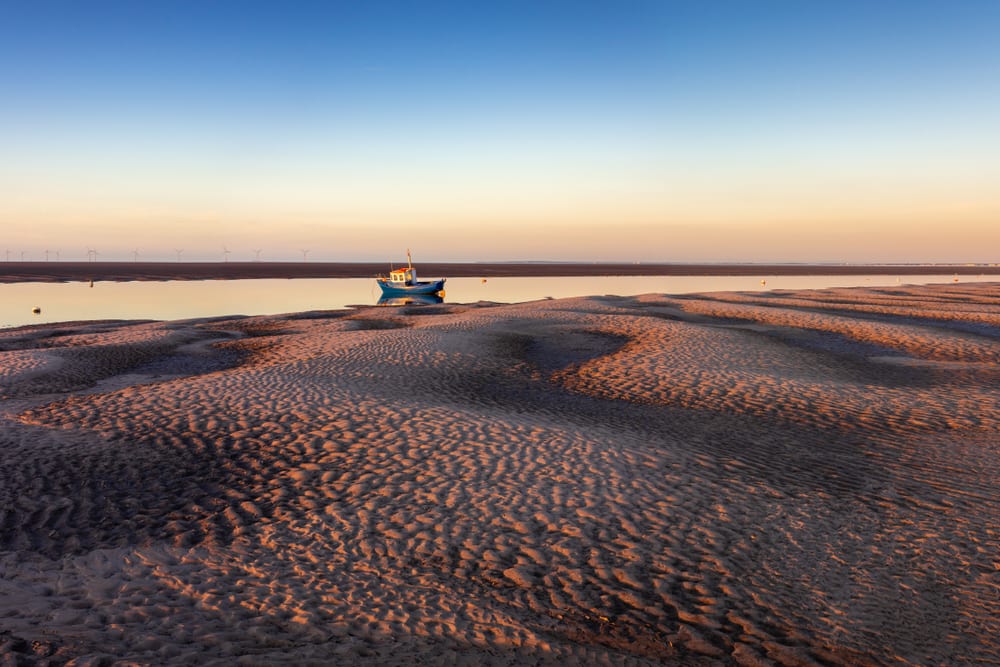 Meols Beach is situated at the end of Meols Parade and the junction with Bennets Lane, and is certainly one of the Wirral’s quieter beaches.

The high sea wall and access down the public slipway may account for fewer bathers, but the expanse of sand and fresh breeze is perfect for those wanting to take part in more active pursuits like power-kiting and sand-boarding. 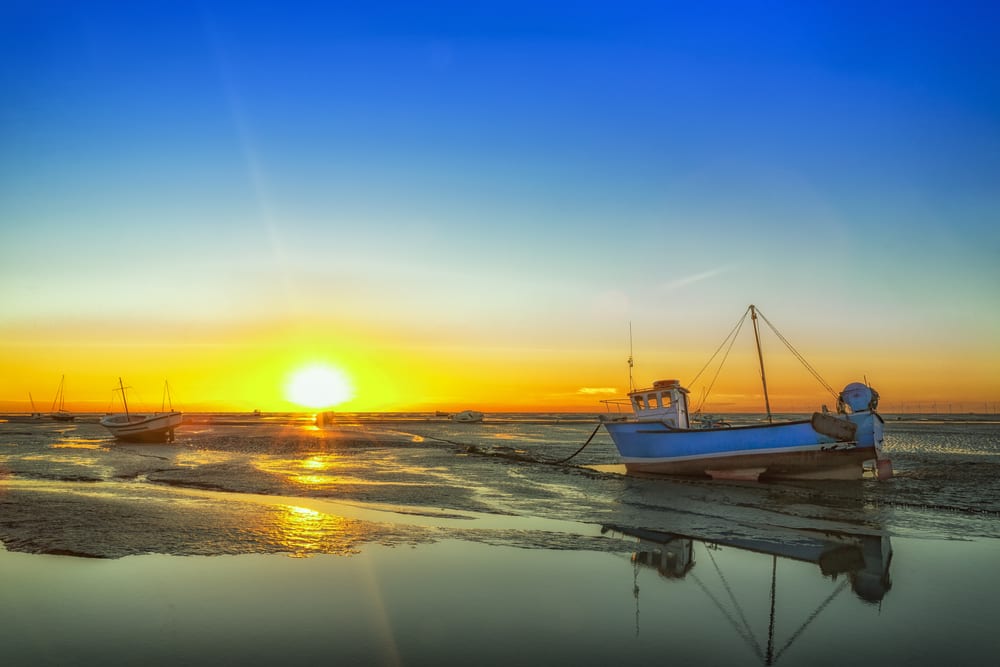 When the tide’s out at Hoylake, it goes a long way out, leaving a huge expanse of sand and rock pools which are equally great for walking and exploring.

Quieter than nearby West Kirby, it’s popular with young families and dog walkers and, on the prom, is Hoylake Lifeboat Station from which crews have been saving lives for more than 200 years.

Worth noting is that Hoylake Beach is prone to pockets of quicksand so you should stay to the clearly marked areas and, although it looks close, you are advised NOT to walk to Hilbre Island from here.

But don’t let that stop you from visiting, not least because you are promised one the of amazing Wirral sunsets from here. 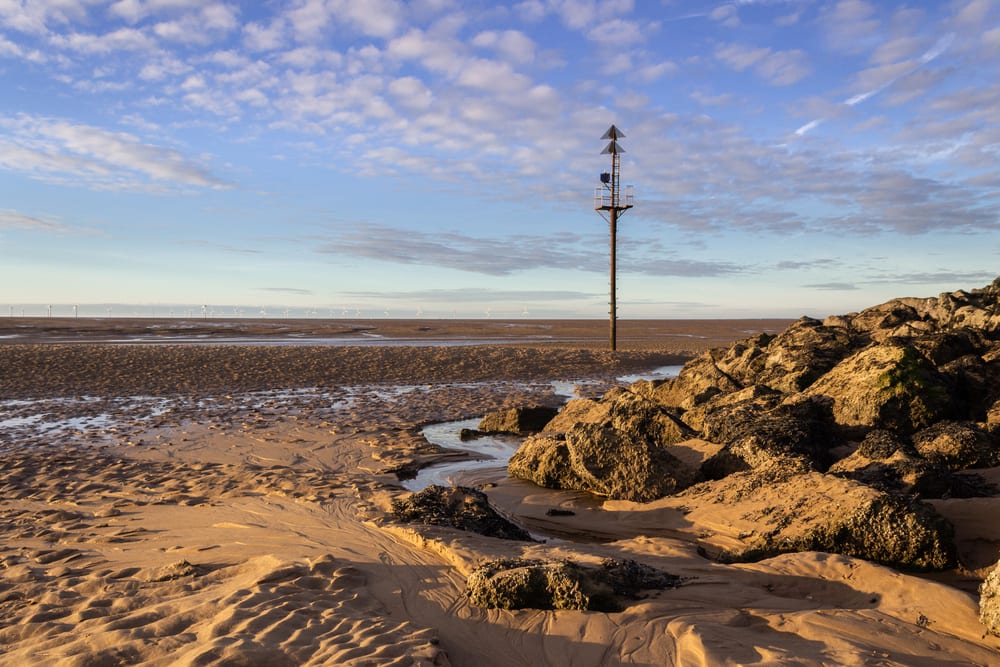 Often overlooked, Moreton beach is a beautiful little hideaway along the Wirral coastline that becomes fully exposed at low tides.

It’s renowned for its sunsets, so it’s great for long walks and quiet evenings alone, or with others.

Part of the Wirral Coastal Walk, it’s also close to Leasowe Lighthouse and Leasowe Common, the latter of which is ideal for picnics, outdoor games and kite-flying. 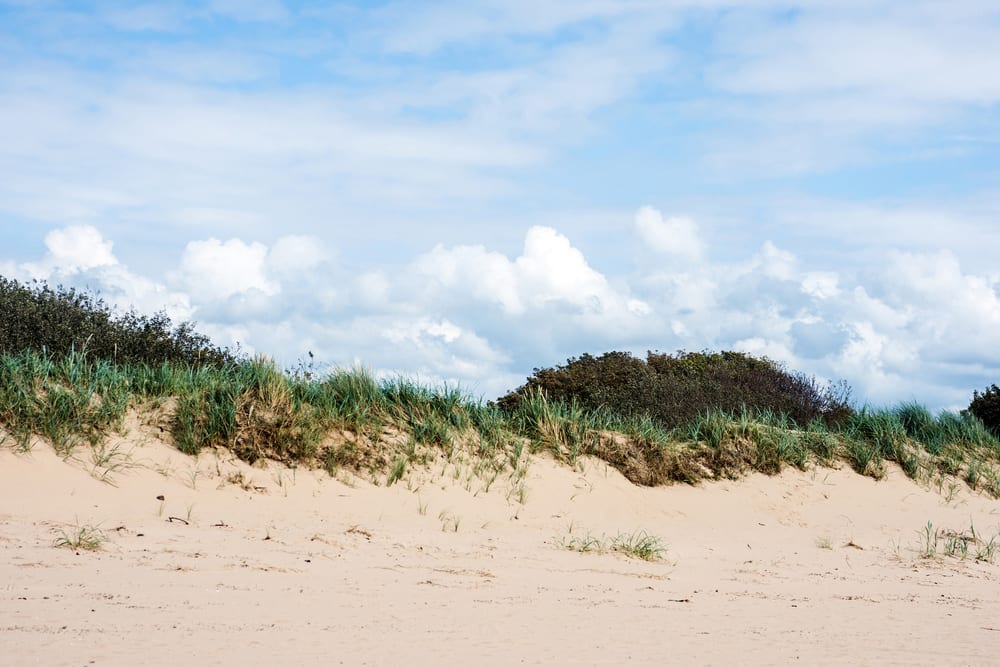 On the Formby coastline between Liverpool and Southport, there’s plenty to see at Hightown beach – including the Burbo Bank offshore windfarm in the distance.

It’s a great spot for wildlife, with the area of saltmarsh around the river estuary providing a home for sea-wading and shore birds, as well as species of butterfly and some rare flora.  The dunes are home to natterjack toads and sand lizards, and in spring and summer quite a few birds make their nests in the dunes.

Not always the most peaceful place, Altcar military training site isn’t far away so you can sometimes hear live-firing, yet it remains a great place to stretch those legs and have a bit of ‘me’ or family time, either at weekends or after a long, hard day at work.