11 Merseyside musicians you need to listen to right now  - The Guide Liverpool
Contact Us Advertise with The Guide Our Video Services Follow us:

11 Merseyside musicians you need to listen to right now

Merseyside’s musicians may not be able to play gigs for at the moment now but many are undaunted, writing, recording and releasing music.

Liverpool indie six piece Red Rum Club, with Joe Corby’s distinctive cinematic trumpet, quickly won a passionate hometown following after forming four years ago. Often compared to Teardrop Explodes and other 1980s bands from our city due to their catchy yet passionate melodic anthems, the lads are signed to Merseyside label Modern Sky along with Jamie Webster and SPINN. Red Rum Club’s debut album Matador came out last year. The follow-up The Hollow of the Humdrum hitting number 10 in the Official UK Indie Album Chart this autumn confirms an increased popularity nationwide. Next February, Red Rum Club will play a headline UK tour and support Circa Waves the following month.

Keep up with Red Rum Club news via Facebook here.

Jamie Webster made his name playing football songs to Liverpool FC fans both at home and abroad. He soon began introducing his own songs in his set, influenced by The La’s and Bob Dylan, and toured relentlessly. Hard work and Webster’s infectious enthusiasm ensured his album We Get By hit number 6 in the UK album chart at the end of August. Jamie made history by taking the number 1 spot in the very first Official Folk Albums Chart.

Circa Waves got together in 2013. The indie rock outfit boast 4 albums to date, Young Chasers, Different Creatures, What’s It Like Over There?, and Sad Happy –  their most successful yet reaching number 4 in March.
Latest single Lemonade is a collaboration with 17year old up and comer Alfie Templeman. Written over the past two years it was recorded remotely, during lockdown.
The band’s vocalist and guitarist Kieran Shuddall told NME recently he’s written an impressive 30-40 Circa Waves songs over the past few months!

Zuzu Stranack signed to Virgin EMI two years ago and since then has charmed audiences with an impressive string of colourful 1990s influenced indie pop singles and EPs, plus a  mini-album How It Feels. Brought up in Mossley Hill, her family moved to London when Zuzu was a teenager but she now resides in Birkenhead. She had a publishing deal at just 18 years old and honed her live show supporting Tom Grennan, Australian Courtney Barnett and our very own Hooton Tennis Club. 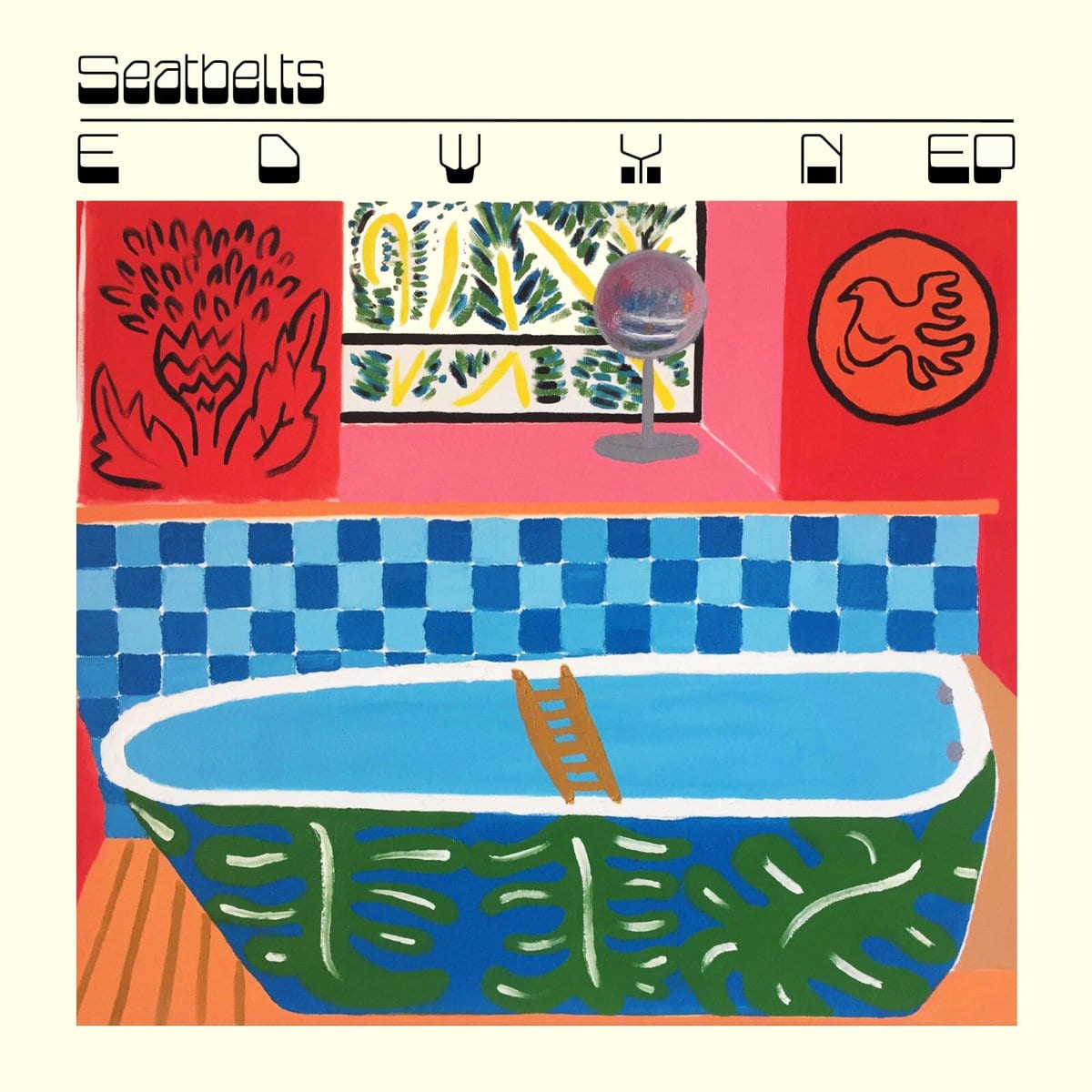 When Hooton Tennis Club went on a sabbatical in 2017, the band’s vocalists and songwriters Ryan Murphy and James Madden started Seatbelts. Now with Abi Woods and Alex Quinn to complete the line up, Seatbelts continue with the high quality songwriting Hooton are known for but with an added Talking Heads quirkiness. Their latest EP Edwyn is named after Orange Juice former front man Edwyn Collins, who recorded them at his studio in the Highlands of Scotland.

Schoolmates Anton Eager and Callum Fitzpatrick started The Cheap Thrills a decade back in Walton, roping in Terry Eaves and Lewis Pike shortly afterwards. The indie rock band’s early live appearances were at Sound City and Kendal Calling festivals, they signed to Eighties Vinyl Records in 2017 and have released a handful of singles, and 2 EPs Glare and Vue Du Monde. They appeared at M&S Bank Arena Liverpool for Liverpool Digital Music Festival in late August. In October The Cheap Thrills should be playing their biggest headline to date at Liverpool Arts Club but it now takes place May 2021.

Mono LPs describe themselves as “rock’n’roll… with a cello”, with influences including Stevie Wonder and The Beatles, classical music and Red Hot Chilli Peppers. 2020 is a year of change for the band, signing to London label Fretsore Records after playing at the Artists4NHS benefit show on Switchbox TV. The quartet, comprising of frontman/guitarist Ste Reid, cellist/vocalist Vicky Reid, bassist Chris Barlow, and drummer Tom McCabe, have a new single Hell, Save My Soul, a tantalising taste of a forthcoming new album, Shuffle/Play, confirmed for release in 2021.

Liverpool post-punk duo Pleasure Island kicked off the year appearing at Independent Venue Week and didn’t let a little thing like a pandemic stop them releasing singles The Game and Help Me NHS, plus recording demos at home by building a vocal booth out of a double bed, rugs and a duvet!  Along with the likes of Jamie Webster and Natalie McCool, the duo, comprising of Sean Ekins on vocals and guitar and Sam Piperpoint on drums, played the Liverpool Digital Festival in May. Pleasure Island are currently hard at work on their debut EP.

Born in York but brought up in Southport, Holly Lapsley Fletcher is known by the stage name Låpsley. Her debut album Long Way Home four years ago was followed up by Through Water, this spring. Water and nature are central themes within the album, and on it you can hear field recordings of canals and rivers, recorded by Låpsley herself. She cites Kate Bush and Caribou as influences on Through Water, which she wrote and produced herself.

Listen to Through Water here here.

Natalie is a Radio1-playlisted artist and BBC Introducing described her as “one of the finest emerging songwriters around”. Her early solo work was deliciously dark indie-pop and since then has shifted into a form of perfect pop both innovative and uplifting. She has a regular podcast McCool and the Gang which features special guests and chat.

Natalie has launched a Patreon page where fans can support her music making in return for exclusive tracks, live streams and more!

Part of the local Eggy Records stable along with Beija Flo, Astles and Bill Nickson, Eyesore & the Jinx have quickly set their sights wider than Merseyside’s geographical boundaries.  So far they’ve picked up plays on 6 Music, triumphed at the Eurosonic festival in The Netherlands, and even played dates in Russia. The post punk threesome’s debut EP The Exile Parlour, out on vinyl in January 2021, was  recorded by Daniel Fox of Dublin’s Girl Band and Matt Freeman at Fresh Goods Studio, Birkenhead.