8 things you might not know about the iconic Port of Liverpool Building - The Guide Liverpool
Contact Us Advertise with The Guide Our Video Services Follow us:

The Port of Liverpool Building is a Grade II listed building located at Liverpool’s Pier Head. It is one of the city’s Three Graces, along with the Cunard Building and Royal Liver Building who together form such a distinctive part of the city’s identity.

Here are 8 things you might not know about one of Liverpool’s most iconic buildings.

The building is part of Liverpool’s UNESCO-designated World Heritage Maritime Mercantile City. The Pier Head is one of six areas throughout the centre of the city, each of which relates to a different component and time from our maritime history. Liverpool was awarded title by UNESCO because it was ‘the supreme example of a commercial port at a time of Britain’s greatest global influence’. 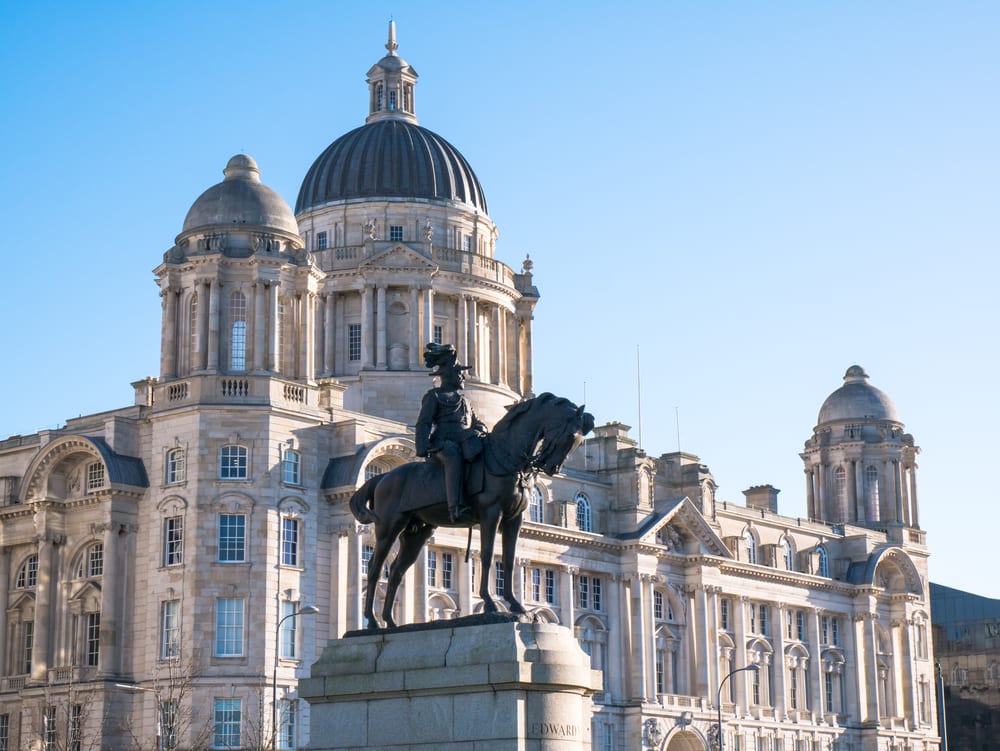 The Port of Liverpool building was constructed at the very start of the 20th Century. It was the headquarters of Mersey Docks and Harbour Board (MDHB) for 87 years – purpose built for them in fact – until the company relocated to new premises at Seaforth Dock. Purchased by Downing, a Liverpool-based property developer in 2001, between 2006 and 2009 it underwent a major £10m facelift restoring many of the original features of the building.

MORE - 8 Merseyside Military Greats that should never be forgotten

20,000 sq ft (2,000 m2) of refurbished office space was completed in 2009. The building has since become once again one of Liverpool’s most prestigious business addresses. Tenants include architects and related industries, and notably Rathbone Brothers whose Port of Liverpool Building office is part of the UK’s largest wealth management firms. 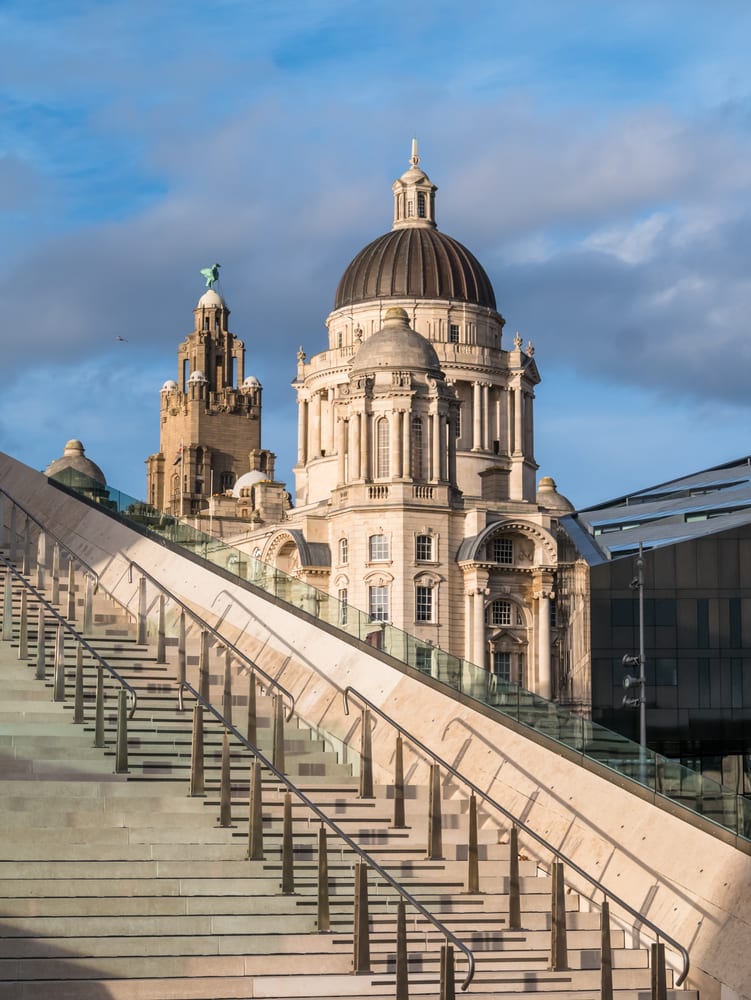 At 67 metres high and with five floors, this is the fourteenth tallest building in Liverpool. It is a fine example of the Edwardian Baroque style and valued for its mighty dome up top, inspired by an unused design for Liverpool’s Anglican Cathedral. Interestingly, the dome was added at the very last minute. It was considered a controversial decision, with board members at the time believing it wasn’t the Port Authority’s role to ‘beautify’ Liverpool! It is due to the distinctive dome however that the Port Of Liverpool Building has been compared to famous buildings around the world including St Paul’s Cathedral and Belfast City Hall. The building itself is almost a perfect rectangular shape with canted corners typical of Baroque architecture, a hexagonal turret on each topped with stone smaller domed cupolas. 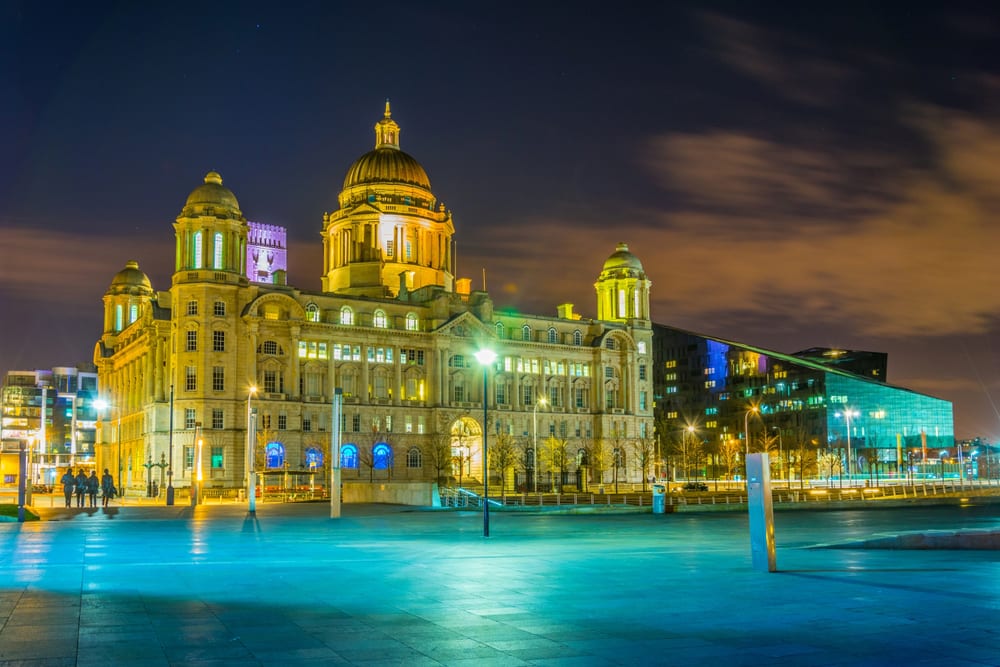 The ornamental detail in the building’s interior and outside displays many maritime references including a compass, anchors, seahorses, ships’ bells and shells. The interior is luxurious and expensively furnished, boasting Spanish mahogany, Danzig woodwork, bronze, white marble, and grey granite.  The cost of the building plus furnishings and fees added up to £350,000 in 1907. That’s over £43million in today’s money, and approximately 25% of that was spent on decorations and fittings alone.

During the Second World War Liverpool was repeatedly bombed by the German Luftwaffe. A bomb was dropped and exploded in the Port Of Liverpool Building’s basement on its eastern side during the May Blitz of 1941. The building is made of a reinforced concrete frame clad in Portland Stone, making it more fire resistant, meaning that thankfully most of it was able to be re-occupied after temporary repairs. After the war the building was fully restored, the money spent exceeding the original construction costs. 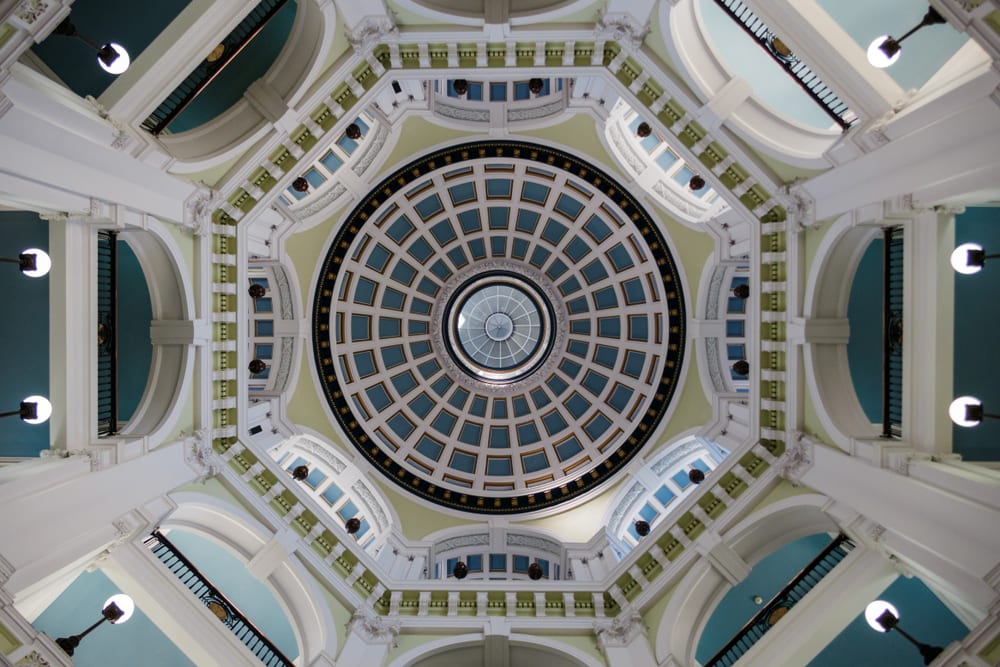 The interior is so grand and luxurious it has been used as a film set in several productions. Credits including the Danny Boyle-directed and Richard Curtis-scripted Yesterday from 2019, a film which imagines a world where the Beatles never existed in the first place! The Adventures of Sherlock Holmes TV series, made for Granada, was also filmed there.

The public can go inside the building on the ground floor. You can admire the granite staircase, the designed detail around the elevators, white marble walls and stained glass windows which continue the familiar nautical theme. In addition, Mrs Danvers Café offers delicious afternoon teas with pasties sandwiches, quiche and more, and cream teas. You can enjoy their treats at home by ordering through LIDS Liverpool Independent Delivered Services who deliver the best products from your local independent suppliers.

Explore our Liverpool history archives and take a trip back in time through the ages of the city here.