A 66 year old wrestling champion has received funding from the Fred Curran Trust to help him train - The Guide Liverpool
Contact Us Advertise with The Guide Our Video Services Follow us: 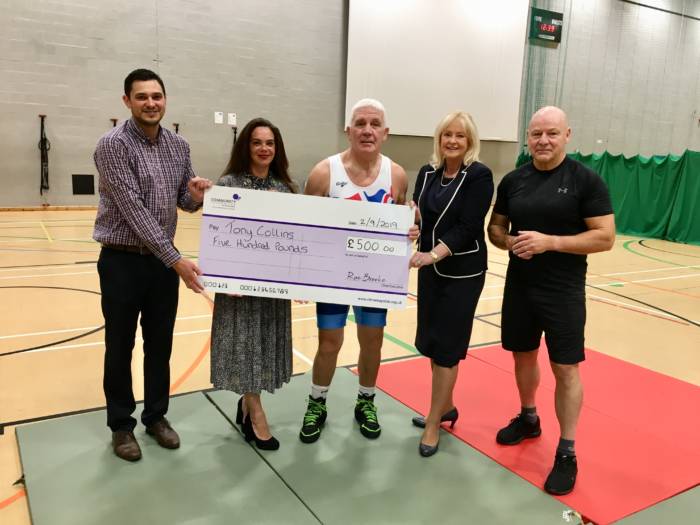 A 66-year-old champion wrestler from Knowsley has received £500 to help towards his training expenses.

Great-grandfather Tony Collins has benefited from funds from the Fred Curran Trust awarded by Knowsley Foundation – a partnership between the Community Foundation for Merseyside, Knowsley Chamber of Commerce, One Knowsley and Knowsley Council.

Funding from the Fred Curran Trust has been provided to various groups and individuals supporting sporting opportunities in Knowsley. Tony said he wanted to demonstrate “we are not too old to do extraordinary things”, sharing his motivation and inspiration to other users of Huyton’s Volair Leisure Centre.

Tony’s funds will go towards specialised wrestling shoes, leotards and a kit bag, assisting the fitness fanatic’s intensive training sessions, along with additional travel costs for training in Bolton.

Tony – who next month will set off to Warsaw to represent Great Britain at the second World Championships for Greco Wrestling and Freestyle Wrestling – said he was overjoyed to have received the funding: “Now I’m 66 and retired, it’s harder for me to afford training expenses alongside fees to enter competitions. This funding I’ve received helps me in a big, big way.”

Tony received funding after applying to the Fred Curran Trust managed by Knowsley Foundation, which specialises in managing charitable funds to support residents in the borough. 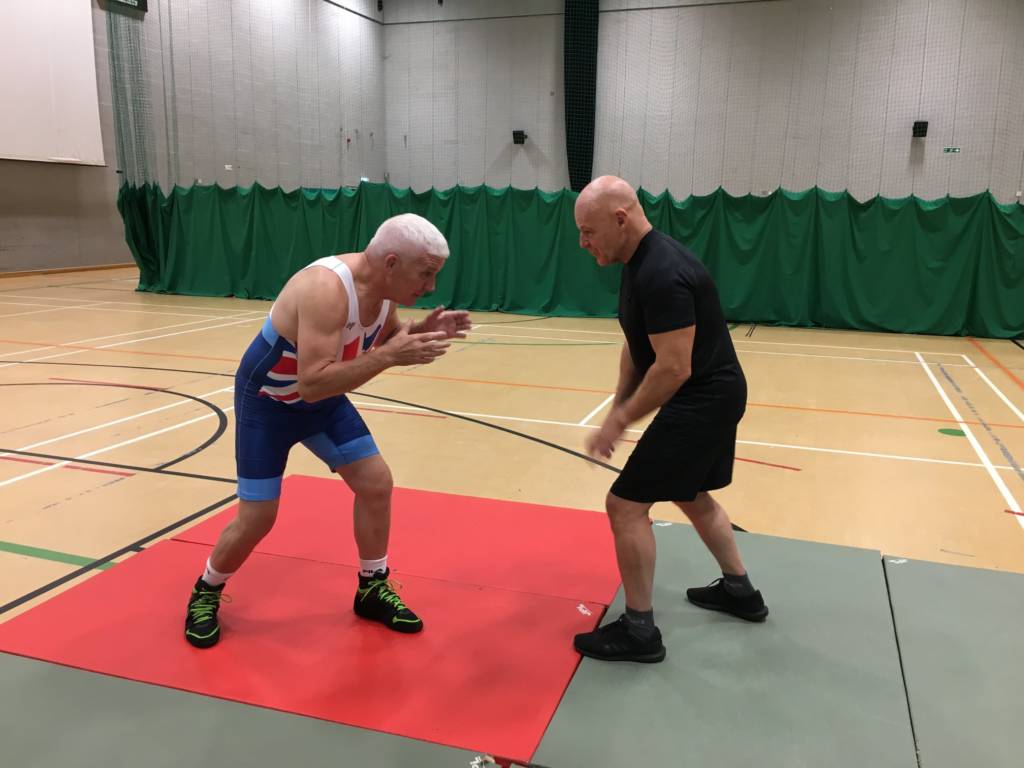 Rae Brooke, Chief Executive for the Community Foundation, said: “Working with our partners Knowsley Chamber of Commerce, One Knowsley and Knowsley Council, it’s been a delight to be able to support a number of superb community groups and individuals – including Tony Collins, whose fitness and mind set is an inspiration to us all.”

Huyton hardman Tony Collins, whose trademark move is the double-leg takedown , has carved out an incredible 40-year that career that includes British Championship wins in the 1980s and gold at the English Championships on two other occasions in the Greco-Roman wrestling competitions. In 2015 he took bronze at the British Wrestling Championships in 2015 after defeating a wrestler 34 years younger than him.

Tony said he strived to inspire youngsters towards leading fitter and healthier lifestyles: “In the gym I do things purposely to show the younger ones what dedication has done for me and could do for them, whether it’s doing high jumps or climbing the ropes – keep going!”

Racheal Jones, Chief Operating Officer for One Knowsley, said: “Tony is a fantastic ambassador from our local community. His energy and positivity is an inspirational example of Knowsley people and their appetite to do so much for and within their communities. Not only will the funding provided on behalf of the Knowsley Foundation help support him achieve his goals, it will also inspire and drive others around him. We wish him the best of luck in the upcoming World Championships.”

Councillor Graham Morgan, Leader of Knowsley Council, added: “Tony is a true inspiration and I’m pleased that the Community Foundation has been able to support Tony who will be representing Great Britain in the World Championships. I’m sure the rest of Knowsley will join me in wish Tony the very best of luck.”

To view funding opportunities provided by the Community Foundation for Merseyside, click here.