Albert’s Schloss Liverpool to open on Bold Street in Autumn 2022 - The Guide Liverpool
Contact Us Advertise with The Guide Our Video Services Follow us:

Opening in Autumn 2022, Albert’s Schloss Liverpool will occupy a former food market at Radiant House in Bold Street, set to be brought back to life after lying empty for over three years.

Mission Mars has been granted permission by the city council to convert the former food market into a bar and restaurant, along with further transformations across retail units in the ground floor, basement, mezzanine and first floor areas.

Roy Ellis, CEO of Mission Mars, the group who own Albert Schloss, said:

“Our new Albert’s Schloss is in a stunning art-deco building and we’re delighted to be bringing it back to life. We’ve designed a beautiful space, restoring a 1,000 square-foot glazed atrium while installing a large stage, green room, two large bars, an artisan bakery, a fresh tank beer system and restaurant dining for more than 500 guests.

“The first floor will be home to Ludwig’s Tavern, offering artisan Schnapps, a vermouth bar, shuffleboard and other Tavern games. Ludwig’s Tavern will be available for private parties and other special events.

“We also have plans for a roof top terrace and a large open air Biergarten around the back. As in other cities, Schloss will recruit the best artistic talent available and offer entertainment seven days a week.” 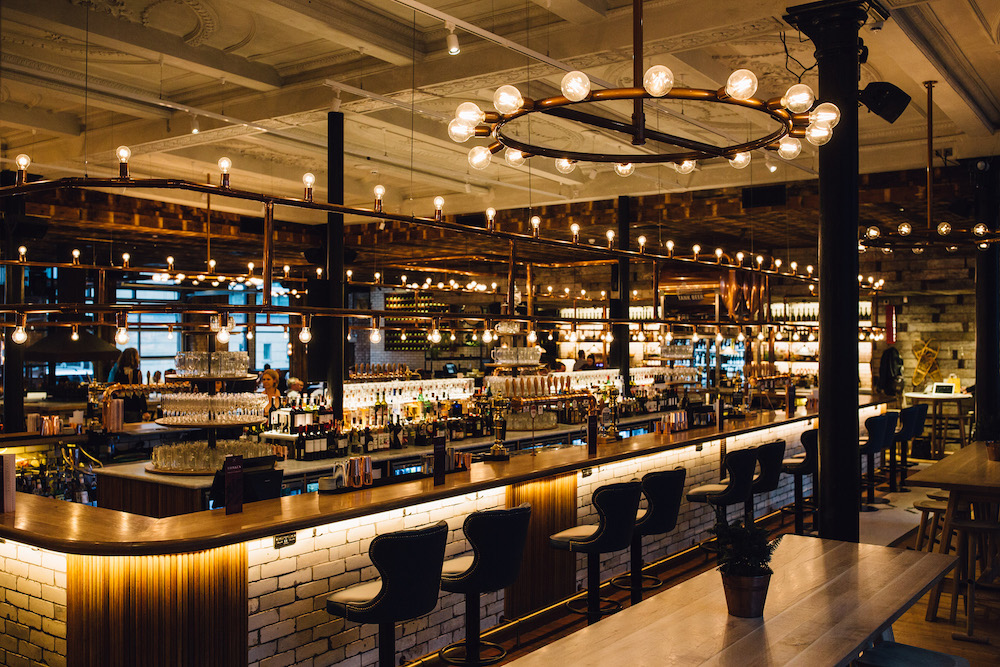 Work will start shortly on the site and it is set to open in the autumn. The new site will also create 200 jobs, with recruitment currently underway for a variety of positions.

A Bavarian palace inspired by the bohemian spirit, Albert’s Schloss takes inspiration from the Alpine regions of Bavaria and Bohemia.

Combining the two, Albert’s Schloss sees weekly cross-continental beer runs, a must to fill the 4 x 900 pint copper barrels that dominate the bar, alongside alpine-inspired menus and world-class entertainment.

From the Cook Haus, Albert’s Schloss presents a menu of rustic and indulgent Bavarian-inspired dishes, along with Bier Hall favourites such as bratwursts and schnitzel.

Albert’s Schloss Liverpool is set to be a retreat from the modern world, where guests are invited to discover new things, celebrate one another and revel in the wünder of Schloss.

Join Albert’s A-List to be the first to know and for exklusive guestlist, secret supper clubs and fantastich parties – albertsschloss.co.uk/liverpool. Follow on @albertsschloss on Instagram.