BRICKLIVE launches at Knowsley Safari highlighting the plight of 27 different endangered animals - The Guide Liverpool
Contact Us Advertise with The Guide Our Video Services Follow us:

To highlight the plight of some of the world’s most Endangered Species, BRICKLIVE has arrived at Knowsley Safari just in time for the sunny weather and its summertime 2022 showcase.

The trail opens tomorrow – Saturday 9thJuly – for eight weeks. Even better, entry is included within the standard admission fee.

All 27 hand-built life-sized brick animals to arrive at the leading Merseyside tourist attraction feature on the Red List of Threatened Species, published by the International Union for Conservation of Nature (IUCN). It highlights where and what actions need to be taken to save the building blocks of nature from extinction. Currently, more than 40,000 species are believed to be under threat. 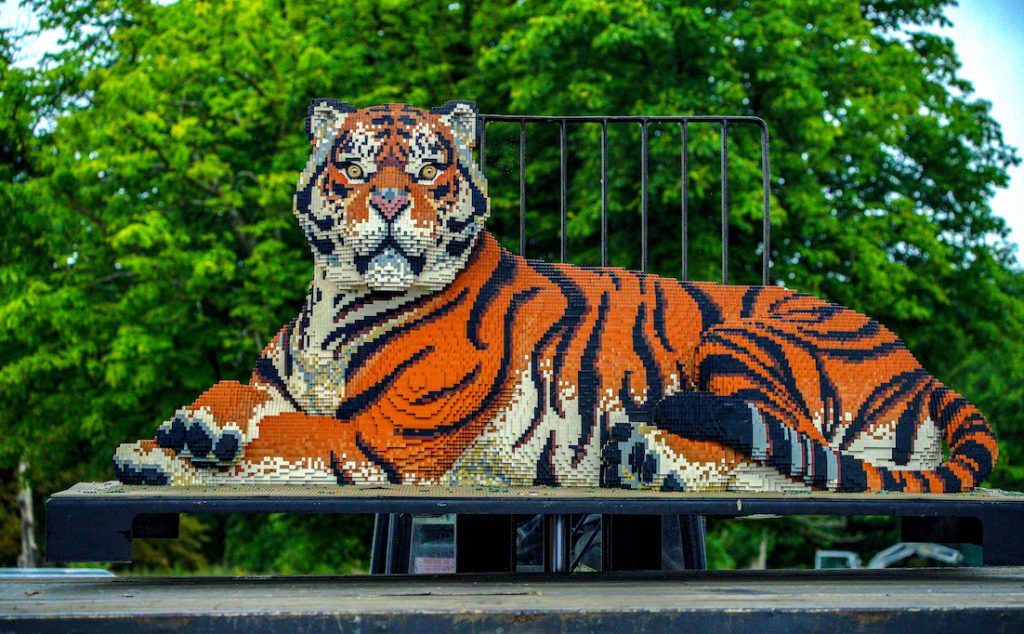 The models are already in position within Knowsley Safari’s Foot Safari – standing amongst the real giraffes, meerkats, Amur tigers and bush dogs who already reside there.

They include Bryn, a 7-foot-tall Bengal tiger, which took a team of three builders over 390 hours to create, using more than 81,000 bricks.Over the last 100 years, hunting and forest destruction have reduced tiger populations from hundreds of thousands of animals to fewer than 2,500.

Also included in the line-up is Oscar the Orangutang. He’s the handiwork of four modelmakers who spent 180 hours creating the masterpiece from 50,000 individual bricks. In the wild, Orangutangs need vast areas of connecting forest to live in, but between 1985 and 2007 these great apes lost 60% of their habitat due to deforestation and changes to land use, such as logging, palm oil production, mining and agricultural expansion. 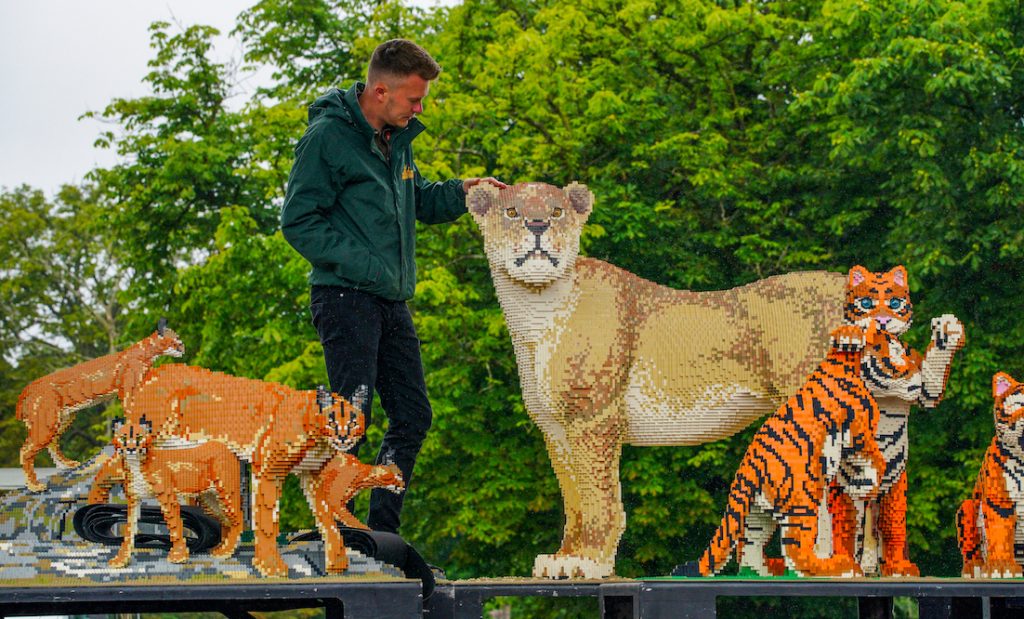 Each model is accompanied with an eye-catching and educational information board, which shares fun and interesting facts about each endangered species, as well as its level of threat, according to the IUCN’s Red List categorisation. These range from vulnerable to endangered, to critically endangered.

“We’re absolutely thrilled to welcome back BRICKLIVE. These displays have been hugely popular with our visitors in the past and this summer’s installation, our third, is set to be even more popular. Not to mention, more important.

“Our focus, this time, on Endangered Species perfectly aligns with the global and national conservation programmes that Knowsley Safari supports, and we know that our visitors are also really interested and passionate about them.

“The amazing high-profile work undertaken by Sir David Attenborough – and many others – has brought conservation and how we can protect our planet to the masses, which is incredible. Now, activities such as our brick models can bring their plight event closer to home. It will enable visitors to Knowsley Safari to see them up close, learn a bit about them and appreciate the progress being made to protect them – as part of a fabulously fun family day out.”

“By combining all of these fun factors with such an important and interesting design theme as endangered species, is a really powerful, enjoyable and engaging way to convey the importance of conservation to all ages.”

The Endangered Species BRICKLIVE event runs from 10am on Saturday 9thJuly and throughout the school summer holidays until Sunday 4thSeptember 2022.