BTR Liverpool has announced its full race programme for 2022 - The Guide Liverpool
Contact Us Advertise with The Guide Our Video Services Follow us:

BTR Liverpool has announced its full race programme for 2022

Leading independent North West race event organiser BTR Liverpool have announced a busy programme for 2022 in a bid to bounce back from the pandemic.

Established in 2006, BTR Liverpool organises and delivers some of the region’s headline running events including festive spectacular the Liverpool Santa Dash which returned in December after going virtual during the pandemic, and the long established Liverpool Half Marathon which takes place for the 29th consecutive year in March.

Now BTR Race Director Alan Rothwell is looking ahead to what he hopes will be a very busy and exciting return to races after navigating the business through the Covid-19 pandemic for almost two years.

Throughout that time, almost all BTR races were either postponed or cancelled altogether, resulting in a challenging time for the organisation itself.

Keen to maintain its strong links with the running community, the team were able to adapt several BTR events to virtual runs. Participants were sent a run number and medal, and completed the distance local to them to ensure they followed Government lockdown guidelines. 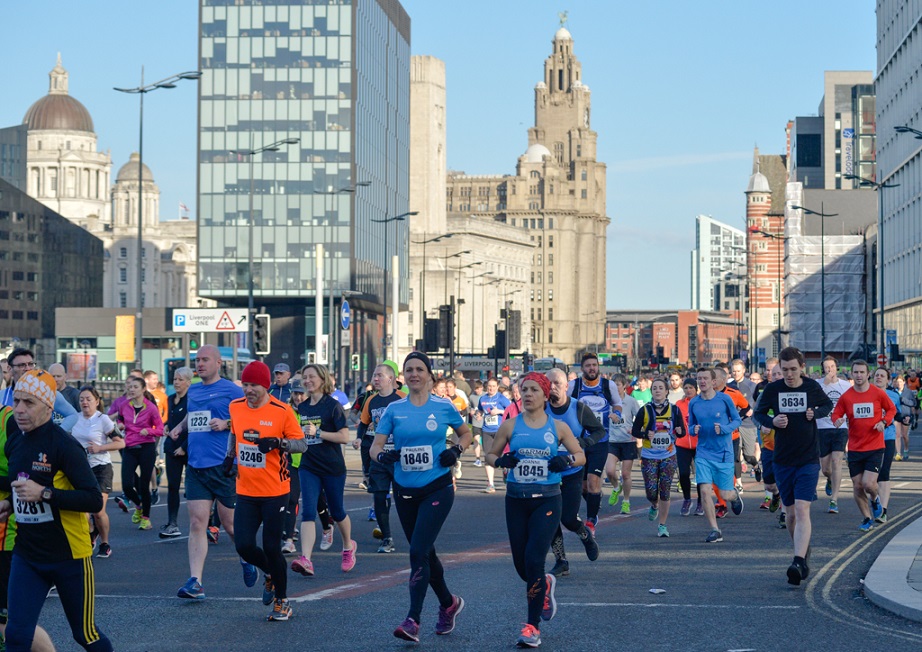 BTR Liverpool is the leading independent organisation for creating, managing and delivering headline running events across Liverpool City Region. Its extensive portfolio covers various distances across different terrains, all with an ongoing commitment to sustainability.

BTR Liverpool have now released its full calendar of events for 2022, including the return of Run For The 97 and Port Sunlight Road Race.

“It feels good to have that event excitement and real optimism with the announcement of the 2022 race dates. We’re already working on changing the format of the Liverpool Half Marathon in 2023 to celebrate its milestone 30th year – so watch this space for updates after this year’s race. It’s been a challenging two years for everyone but we’re hopeful that our established events will continue to appeal to runners across the North West and beyond.

“During lockdown, some people took solace in the great outdoors, so we have lots of events perfect for newcomers or anyone returning to running. Fun runs are ideal, and the atmosphere on event day is infectious. 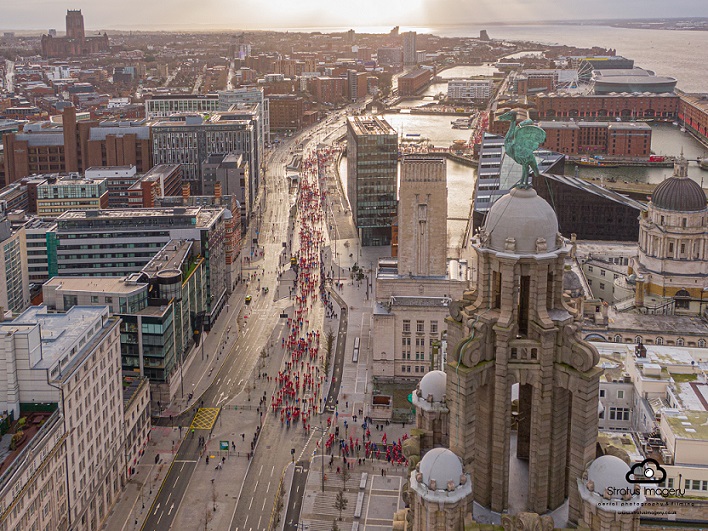 “As soon as we set off on the adventure of the BTR Liverpool Skyline Half Marathon in March it’s a non-stop rollercoaster of running, fun and memory-making with like-minded people for the rest of 2022 – as long as we stay safe and look out for each other. We are very privileged to work alongside inspiring runners, incredible charities, and you never know what each event will bring.

“We are fully committed to the running community and once again look forward to welcoming everyone to enjoy the experience of a BTR race.”

The BTR Liverpool event calendar for 2022 is outlined below, online registration is open for all events. 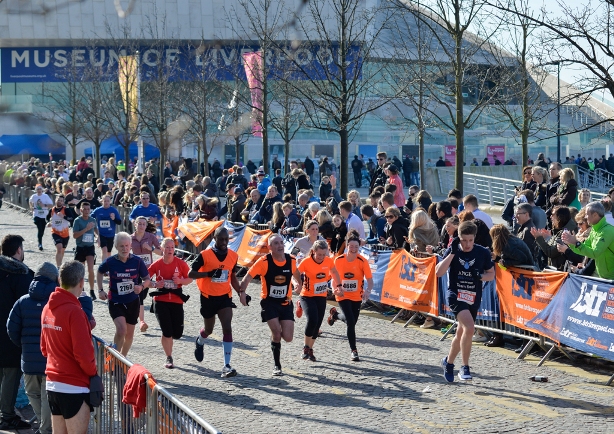 The programme starts with the 29th annual Liverpool Half Marathon, one of the longest established races in the region. The 13.1-mile route starts and finishes at Pier Head Liverpool, winding its way through the city and onto Sefton Park, taking in the sights along the way. A grandstand finish on the world-famous waterfront is under the gaze of the city’s iconic Liver Birds. The race also includes the seventh annual BTR Liverpool 10 Mile Road Race. 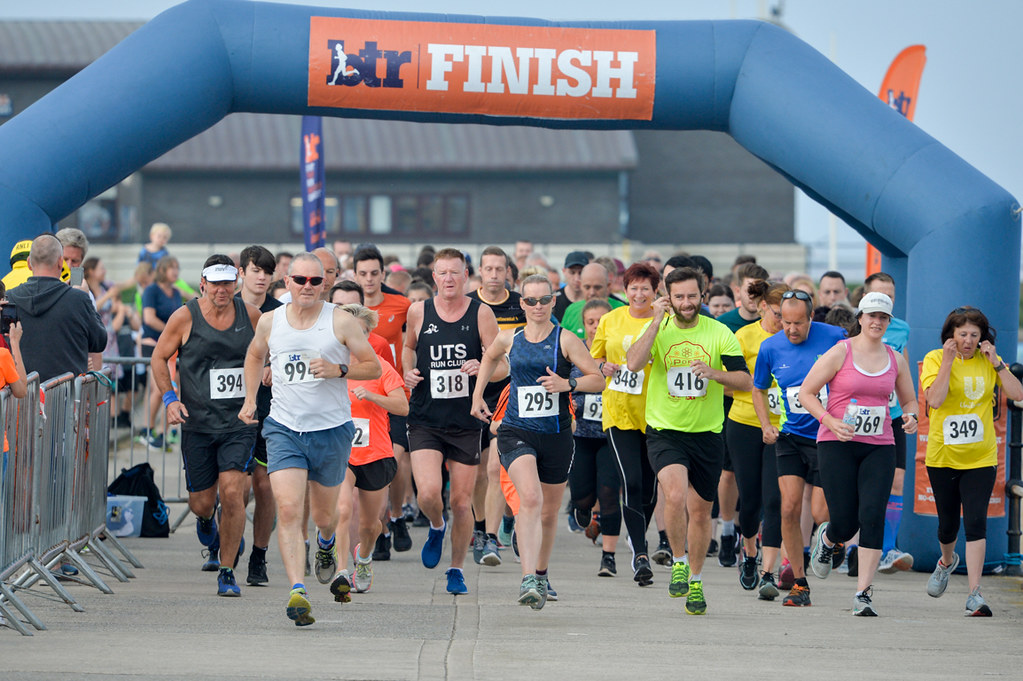 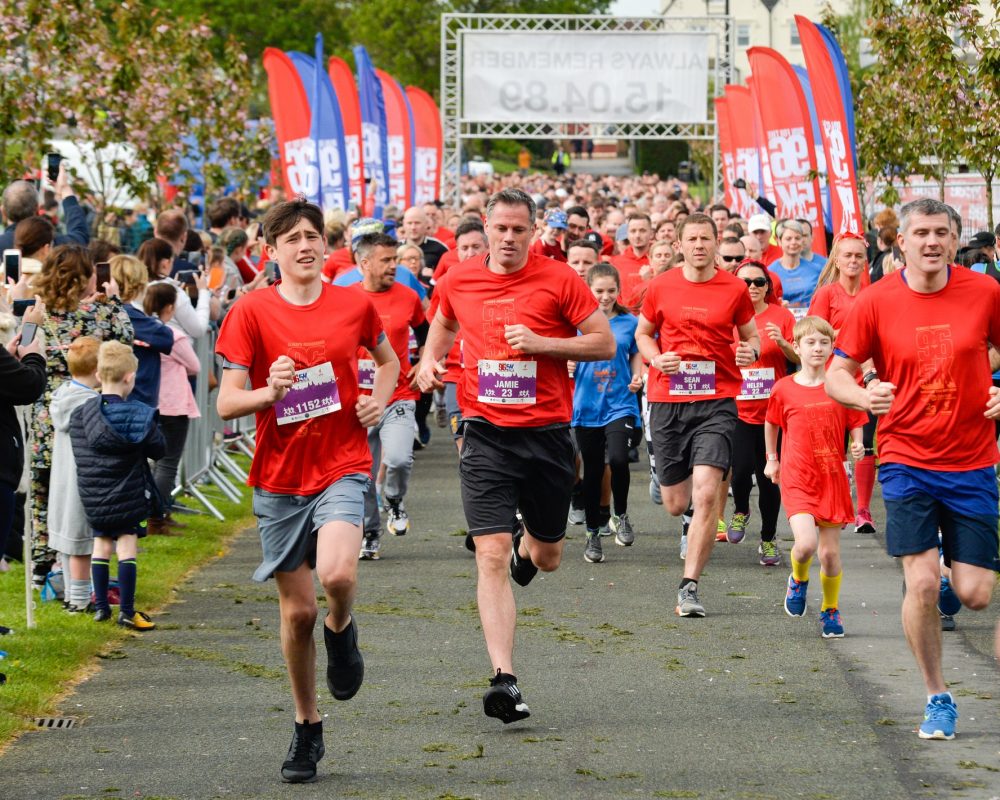 First staged in 2015, the positive community legacy event celebrates the lives of the 97 Liverpool fans who died at Hillsborough on 15 April 1989, and remembers the families and the survivors who have tirelessly fought for justice with the utmost dignity. It has been renamed to honour LFC fan Andrew Devine, who passed away recently. The four beneficiaries are Jamie Carragher’s 23 Foundation, LFC Foundation, Everton in the Community, and Stanley Park Liverpool CIC. 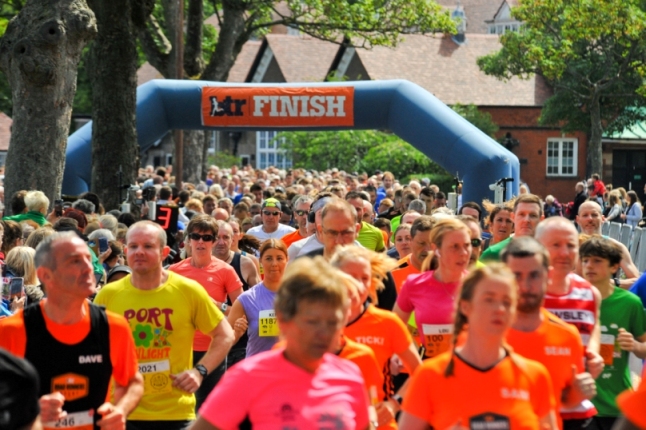 Port Sunlight Village is the picturesque backdrop for a fantastic Summer race. Last staged in 2019, BTR Liverpool organise the event in conjunction with Port Sunlight Village Trust (PSVT). The races start and finish at the village green. The 5K route takes runners along the tree-lined boulevards and perfectly manicured gardens of the historic village. The 10K follows two laps, and there is a dual race option. A 1K children’s fun run also takes place. 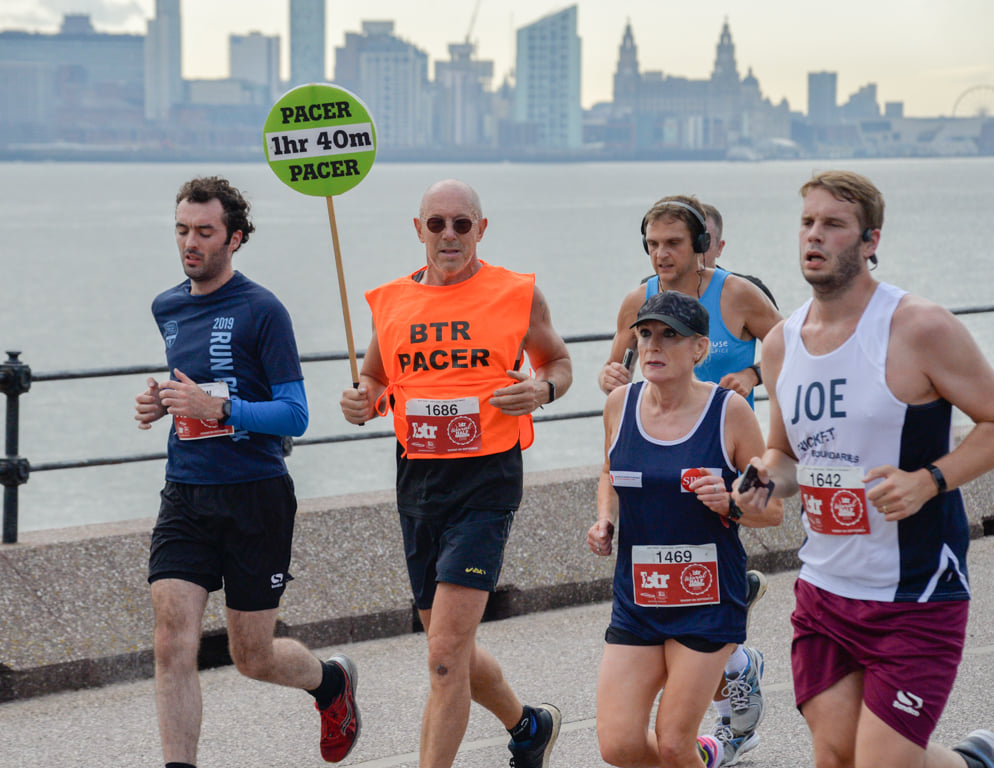 This special race has become a firm favourite since it was launched in 2013. It attracts runners from far and wide to take on a week-long challenge in a bid to become a Tourist. Six races of varying distances are staged across seven days, covering 52 miles. Terrains include road, beach and cross country, with runners tour to race in various areas of Merseyside including Southport, Thurstaston, Otterspool and Wirral Coastal Path from New Brighton. 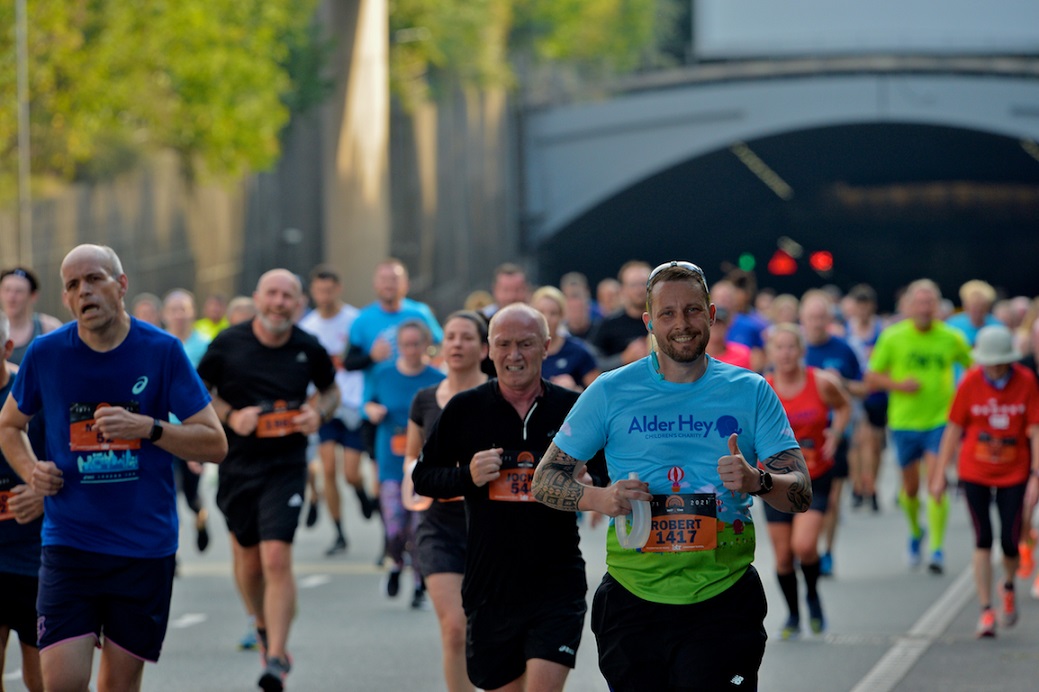 Runners will be gearing up to take on the 16th BTR Mersey Tunnel 10K, one of the most unique races in the country. The point-to-point route starts in Liverpool city centre and takes runners straight into the Kingsway Tunnel to run under the River Mersey. After emerging on the Wirral, runners continue along Seacombe Promenade to Fort Perch Rock and the Marine Lake, finishing at New Brighton’s Marine Point with views overlooking the River Mersey. 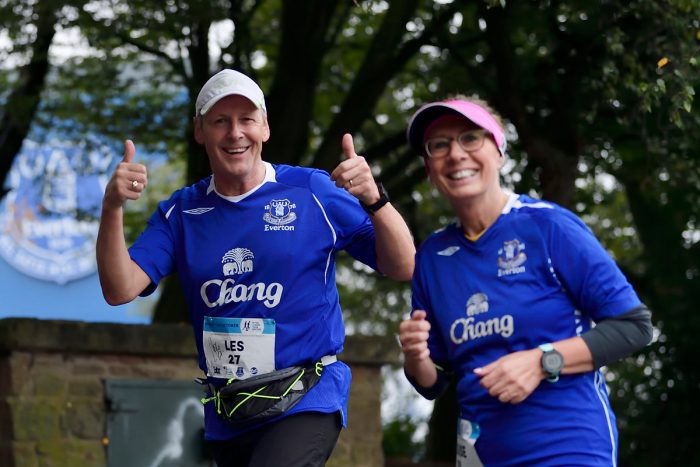 If You Know Your History fun run is a 5K journey from the Merseyside birthplace of football to a fitting finish alongside Everton FC’s Goodison Park. The route starts at the 1787 Lock-Up Tower, which is at the heart of Everton FC’s famous club badge. Key points of interest along the route will be manned by Friends Of Everton Park and Everton FC History Society. Organised in conjunction with club charity, Everton in the Community. 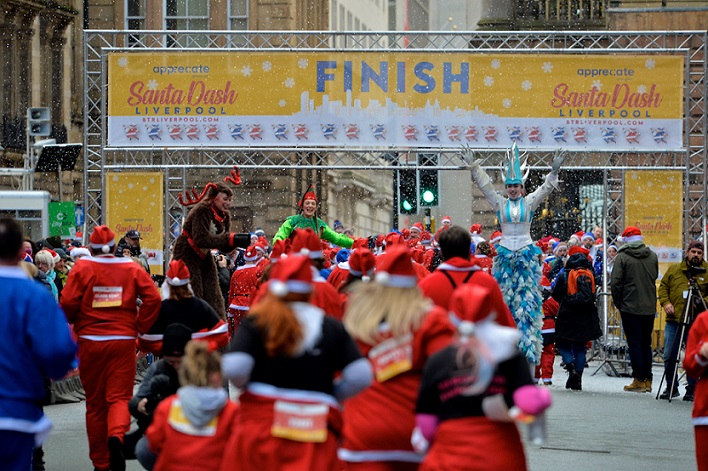 After being staged virtually in 2020, the Appreciate Group Liverpool Santa Dash recently returned and saw 5,000 Santas once again pull on their Santa suits and dash round the city centre. Thought to be the UK’s biggest festive 5K fun run, it was created by BTR Race Director Alan Rothwell and first staged in 2004. The city is transformed into a sea of red, blue and mini Santas, and really does kick-start Christmas in Liverpool. 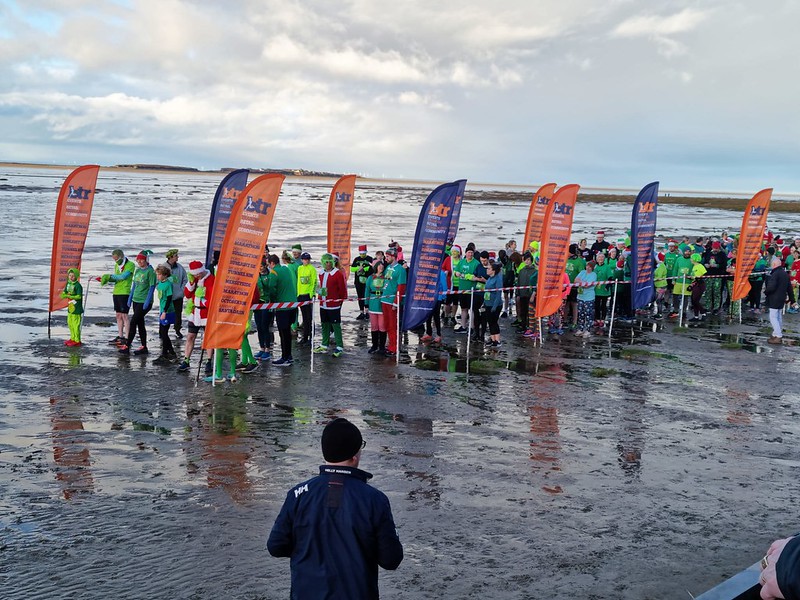 Originally scheduled for 2020, this new family fun run went ahead for the first time in December 2021. In complete contrast to the Santa Dash, this is a very different festive celebration and takes place on the beach at West Kirby. Everyone is asked to dress up and wear something green. There is also a best dressed ‘Max’ competition for four-legged friends attending on the day. The event supports the West Kirby Christmas Lights Appeal.

Book on to these races through the BTR Liverpool website here.