Chelsea Halfpenny joins Matt Willis to star in Waitress, coming to Liverpool Empire next year - The Guide Liverpool
Contact Us Advertise with The Guide Our Video Services Follow us:

Chelsea Halfpenny with join the cast as Jenna in the smash hit romantic musical comedy Waitress as from 10 January 2022.

Chelsea will take over the role from Lucie Jones who leaves the production to move on to a soon to be announced new project.

Chelsea will join Sandra Marvin as ‘Becky’, Evelyn Hoskins as ‘Dawn’ and Busted’s Matt Willis as ‘Dr Pomatter’. Tour and casting schedule below. 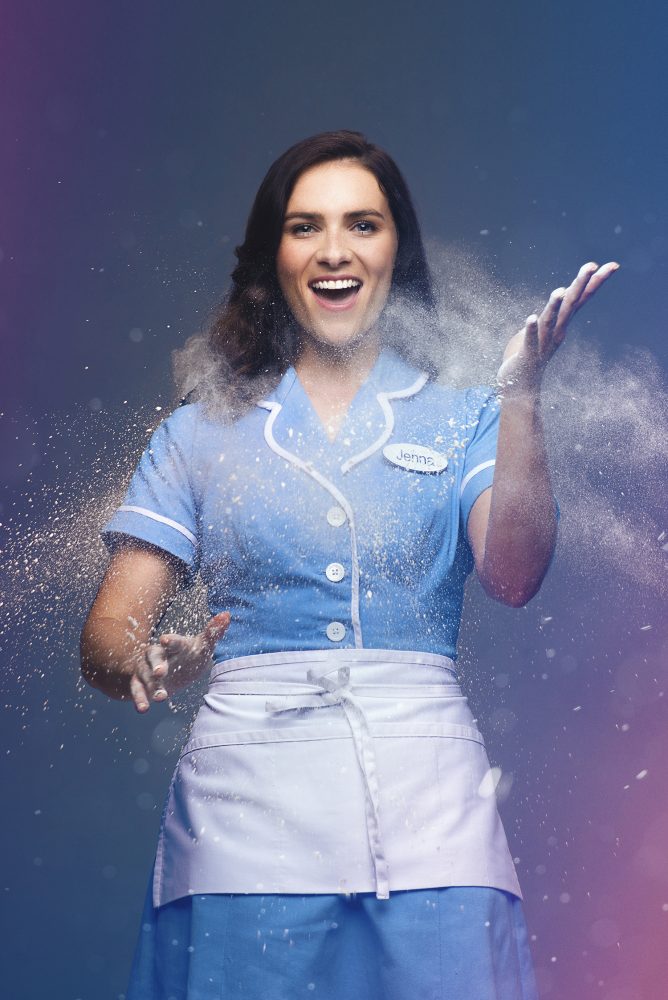 Chelsea Halfpenny began her career in the popular children’s television series Byker Grove. She appeared as ‘Amy Wyatt’ in Emmerdale for three years and ‘Alice Munroe’ in Casualty, a part she played for four years. Chelsea recently made her West End debut as ‘Judy Bernly’ in 9 to 5 The Musical at the Savoy Theatre.

Having played ‘Jessie Grant’ in ITV’s Emmerdale for two years, Sandra Marvin joined the West End production of Waitress to play ‘Becky’. Her many other West End theatre credits include most recently ‘Mrs Fezziwig/Mrs Mops’ in A Christmas Carol at the Dominion Theatre, City of Angels and Committee at the Donmar Warehouse, ‘Miss Motormouth Maybelle’ in Hairspray at the Shaftesbury Theatre, ‘Queenie’ in Show Boat at the New London Theatre, ‘Rose’ in Stepping Out at the Vaudeville Theatre, Porgy and Bess at the Savoy Theatre and Ragtime and A Midsummer Night’s Dream at Regent’s Park Open Air Theatre. Her other credits include Romantics Anonymous at Bristol Old Vic and on tour in the US and ‘Mama Morton’ in Chicago at Leicester Curve. In 2016 Sandra performed with Kate Bush on her 22 date sold-out Before the Dawn concerts and features on her live album of the same name. Sandra also sings the title track on the Grammy Award winning soundtrack for the George Clooney film, Gravity. 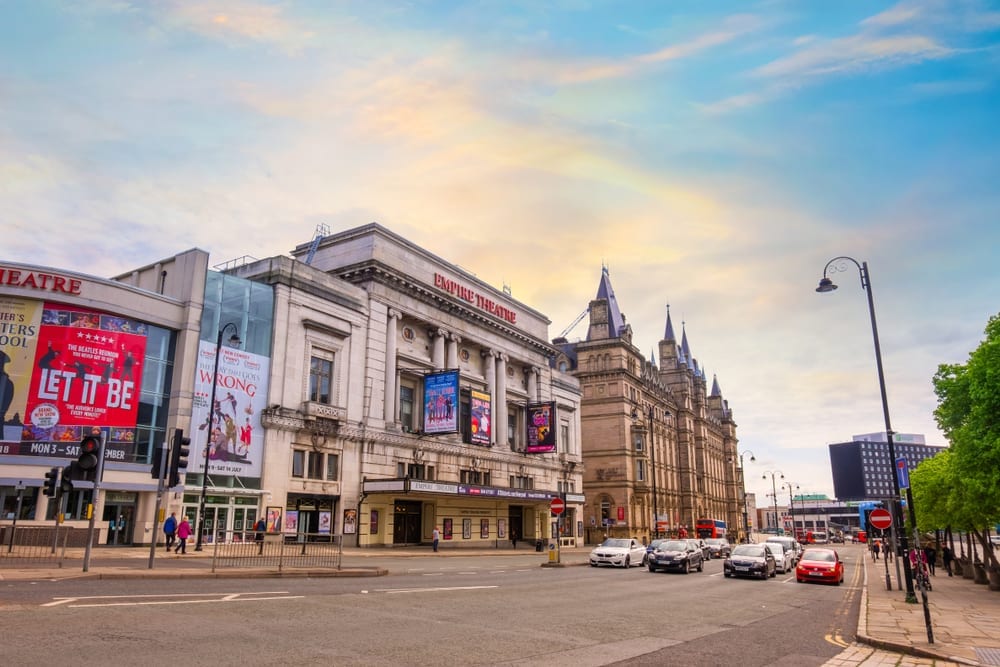 Evelyn Hoskins most recently played the role of ‘Dawn’ in Waitress in the West End at the Adelphi Theatre. Her other theatre credits include the title role in Carrie at Southwark Playhouse, Spring Awakening at the Lyric Hammersmith and in the West End, Assassins at the Nottingham Playhouse and Watermill Theatre, Mrs Henderson Presents at the Royal Alexandra Theatre in Toronto, Peter and the Starcatcher at Northampton’s Royal & Derngate, This Is My Family at Sheffield Crucible and on UK Tour, The Boy Who Fell Into A Book at the Stephen Joseph Theatre and The Secret Garden at Birmingham Rep.

Matt Willis is probably best known as a member of the double Brit Award winning band Busted, who have released four No1 UK singles, two platinum albums and sold over four million albums in the UK. No stranger to the musical theatre stage, his West End credits include ‘Fiyero’ in Wicked at the Apollo Victoria, ‘Nick Hurley’ in Flashdance at the Shaftesbury Theatre and most recently ‘Bob Cratchit’ in A Christmas Carol at the Dominion Theatre. His other theatre credits include ‘Orin Scrivello’ in Little Shop of Horrors at Regent’s Park Open Air Theatre and ‘Chuck Cranson’ in the national tour of Footloose The Musical.

Waitress is based on the 2007 movie written by Adrienne Shelly. Music and lyrics are written by GRAMMY award-winning, singer-songwriter sensation Sara Bareilles, who appeared on the Graham Norton TV show, performing the hit song from the show She Used To Be Mine. With a book by Jessie Nelson, direction by Tony-award winner Diane Paulus and choreography by Lorin Latarro, Waitress has garnered multiple awards and nominations in both America and the UK, receiving acclaim from both audiences and critics alike.

Waitress opened on Broadway on 24th April 2016 at the Brooks Atkinson Theatre, where it ran until 5th January 2020. Waitress celebrated its official opening night at the Adelphi Theatre in London’s West End on 7 March 2019. The North American tour of Waitress is currently on hold due to COVID-19. Waitress is currently on tour in Japan (Japanese language production), and is set to open in Australia and Holland. 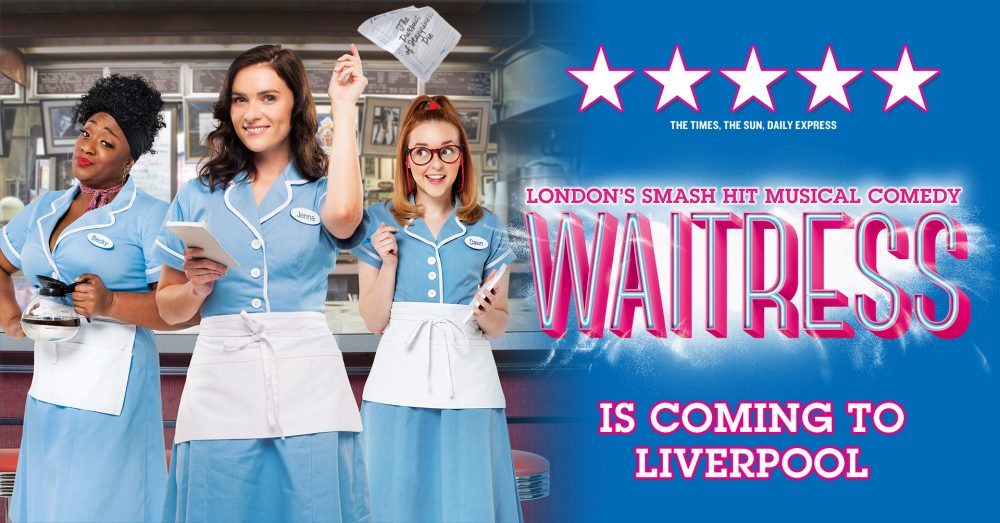 Waitress tells the story of Jenna, an expert pie maker in a small town, who dreams of a way out of her loveless marriage. A baking contest in a nearby county and the town’s new doctor may offer her a chance at a new life, while her fellow waitresses offer their own recipes to happiness. But Jenna must find the courage and strength within herself to rebuild her life. This beautiful musical celebrates friendship, motherhood, and the magic of a well-made pie.

Find out more about the show here.