Days out you can have in and around Liverpool even when it’s raining - The Guide Liverpool
Contact Us Advertise with The Guide Our Video Services Follow us:

After the heatwave sent temperatures soaring, we’ll all be glad of a bit of rain – and that doesn’t mean you can’t enjoy loads of fab summer days out.

There’s tons to do even if it’s throwing it down, from safari expeditions to crafty fun at the museums, and indoor assault course challenges. 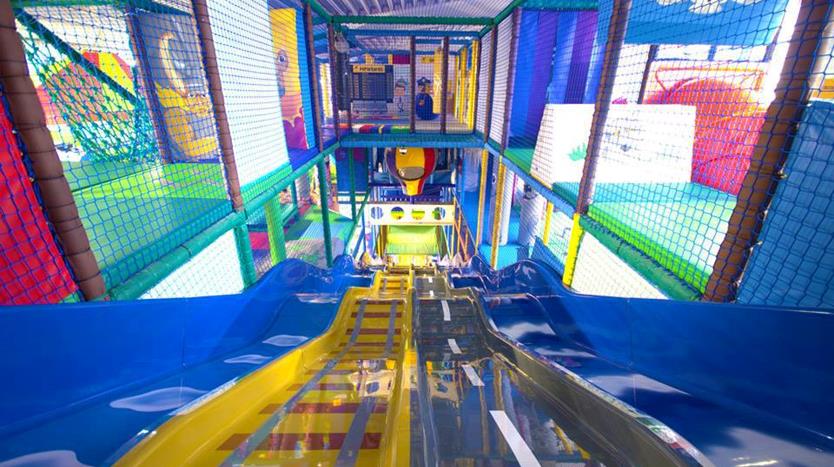 With the largest play frame in the UK, Bubbles is aimed at tiny kids to the up-to-11s and is as fun as it’s educational (and it helps to keep them fit). Children can explore more than 30 different countries and zones, from the Sydney Harbour Bridge to the Northern Lights, and its busy city role-play area has a police station, vets, a shop and more! The New York-themed baby & toddler area’s got challenges and sensory objects designed to keep tiny people happy for hours too with an interactive projector with different games to play, a talking penguin maze, ball cannon zone and tons more.

It serves hot and cold food as well as drinks, including Coffee Republic coffee.

MORE - August Bank Holiday fun in Merseyside, whatever the budget

As always there’s loads of great exhibitions and plenty going on at National Museums Liverpool this summer, including:

Doctor Who Worlds of Wonder at World Museum

With daleks, sonic screwdrivers and crazy costumes, this world premiere exhibition brings science to life in the most fun way ever, exploring some of the Doctor’s adventures and encounters through space and time. And, as part of Doctor Who Worlds of Wonder, on August 25 from 11am – 2pm kids can drop in and take part in awe inspiring live experiments with its award-winning Sublime Science and, on September 1, between 10.30am – 12.30noon, and 1.30pm – 4pm, they can Build A Tardis.

The Walker Art Gallery’s The Tudors: Passion, Power and Politics is packed with portraits and exhibits that reveal the secrets and stories from one of the most dramatic times in British history.  And on August 19 and 26, between 1pm and 4pm, it’s staging Craft and Create sessions where families can get together, get creative and make memories and ‘something amazing’, while it’s Big Art for Little Artist sessions run from Tuesdays to Sundays, and Bank Holiday Mondays, from 10-12am, 1-2.30pm and 3 – 4.30pm, with hands-on activities and creative play.

For the under 6s, the Little Liverpool gallery at Liverpool Museum is a hands-on area with six fun activity sessions every day especially for children under the age of six to play and .

For everything going on, go to the website here. 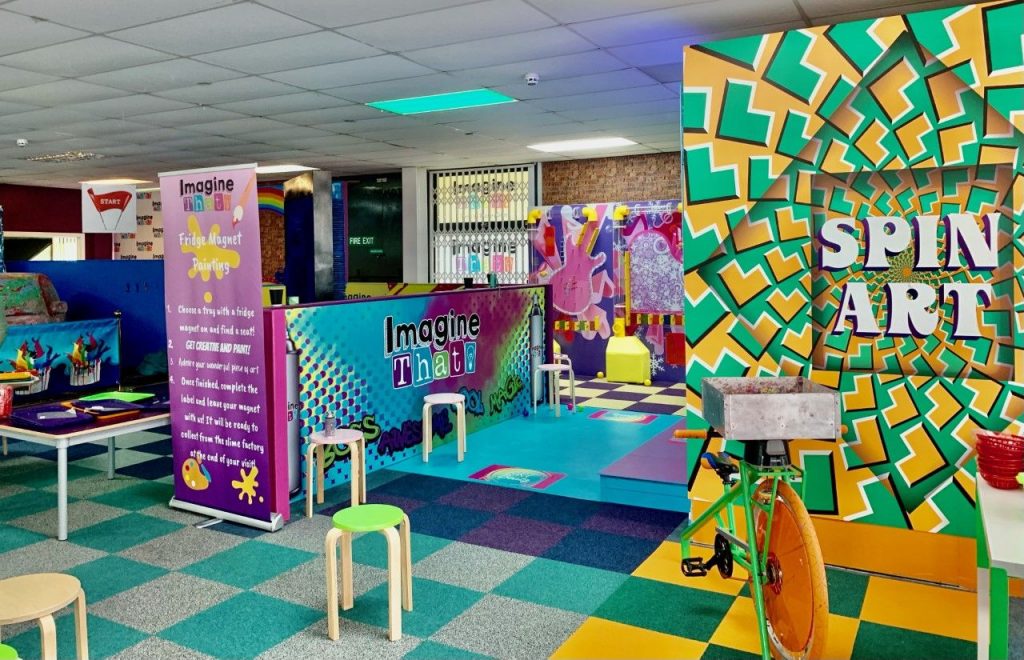 Imagine That! Science and Discovery Centre’s got tons of activities to entertain the kids during the holidays, all under one roof.

A three-hour guided journey starts in the Imagination Village – a huge space where children can dress up and play at being anything from vets and chefs to construction workers and shopkeepers – before moving into the Artbeatz zone where kids can splatter a real car with paint, make their own spin art and become a giant pin art sculpture. Then it’s onto the Bright Sparks science area with the popular snow room, before the Slime Factory.  It can get messy – which is why kids love it!

Not only is it all ‘inside’, you don’t even have to get out of your car if you don’t want to! The five-mile safari drive is the longest in the UK and you can go round as many times as you want to see some of the world’s greatest animals up close and personal.  There are lions, tigers, rhinos, camels, bison, wildebeest, giraffes and more (and, if you don’t want to go through the baboon enclosure and risk any damage to your car, you can venture along the car-friendly route or board the Baboon Bus for £6.50 per person).

But that’s not all – the sealion show is inside too and, if it’s raining, so is the Bird of Prey display, Flight of the Talons. So whatever the weather, you’re sorted. 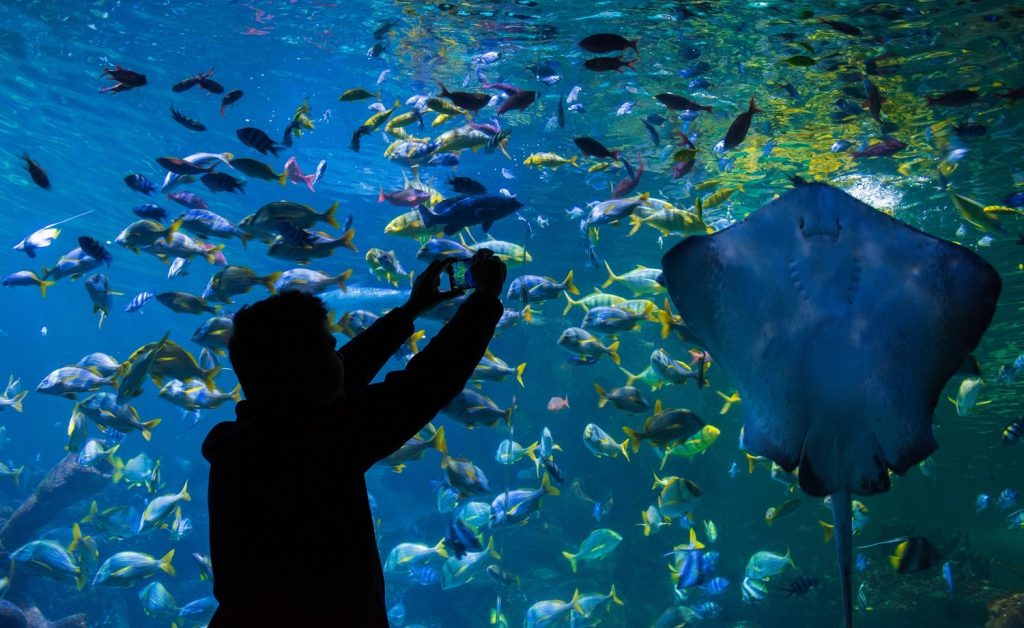 Okay, so the Aquarium’s divers and all its amazing marine creatures will get wet, but you won’t. Blue Planet is the largest aquarium in the North West where visitors can marvel at one the UK’s largest collections of sharks, and get face to fin with clownfish and regal tangs, as well as stingrays, pufferfish, turtles, seahorses and more. An area not to be missed is Venom – filled with the most deadly creatures on the planet, and there are daily talks and feeding displays in its aquatheatre.

If you get hungry you can have a deep-sea dining experience in the Nautilus Kitchen, or get an ice cream from the Ice Cream Parlour. 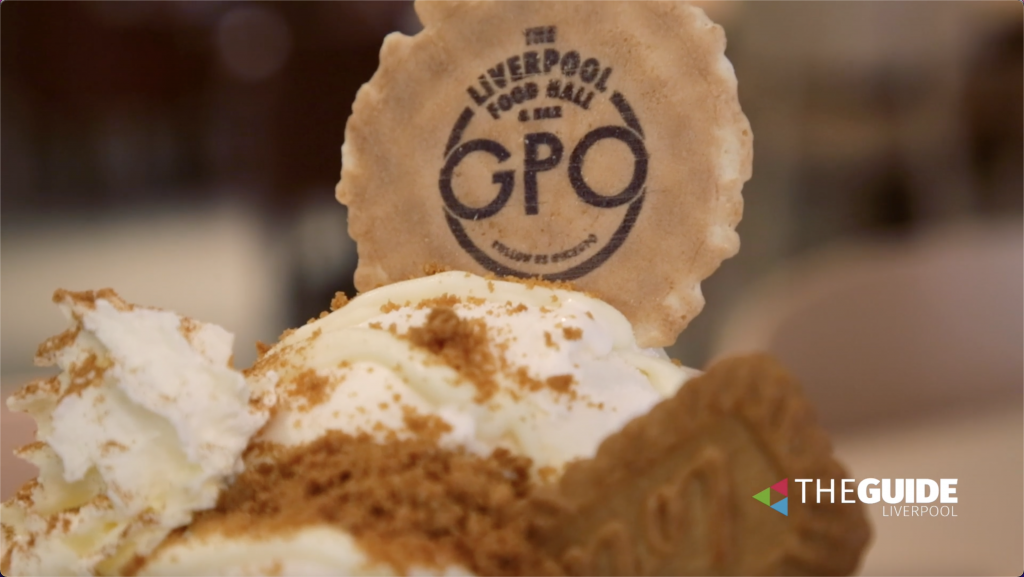 The heart-of-the-city food market has got independent vendors offering the best in world food in one place. But it’s not just one of the best places to eat and drink in the city, there are loads of great workshops organised by the AmazeLab going on throughout the summer aimed at 5-11 year olds. They include the Bubbles Workshop where kids can create their very own bubble structures and investigate the colours in giant bubbles; Dinosaurs & Fossils where they can make their very own fossils to take home and engineer a dinosaur, and The Weather Workshop where they can make their own rain, snow and a tornado. 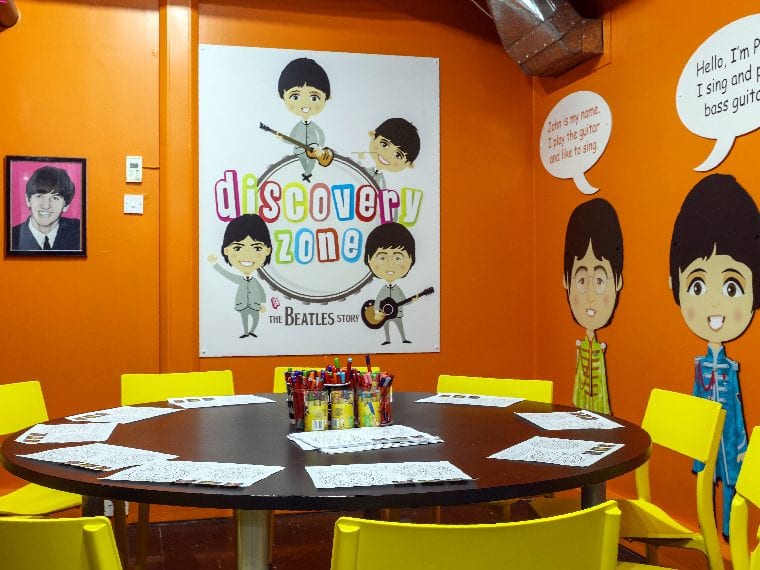 You don’t have to be a die-hard fan of the Fab Four to enjoy this, the biggest Beatles Exhibition in the world, where you can learn all about John, Paul, George and Ringo, from the music they created to the styles they adopted and the fashions they wore.

There’s a replica Cavern, a fab shop, the Fab Four Café and the upgraded Discovery Zone – the family friendly space where there’s a NEMS Record Shop (the family business of Beatles’ manager Brian Epstein), and kids can dress up in outfits from the 60s, do their own pop art, or have a go at karaoke with their favourite Beatles song. 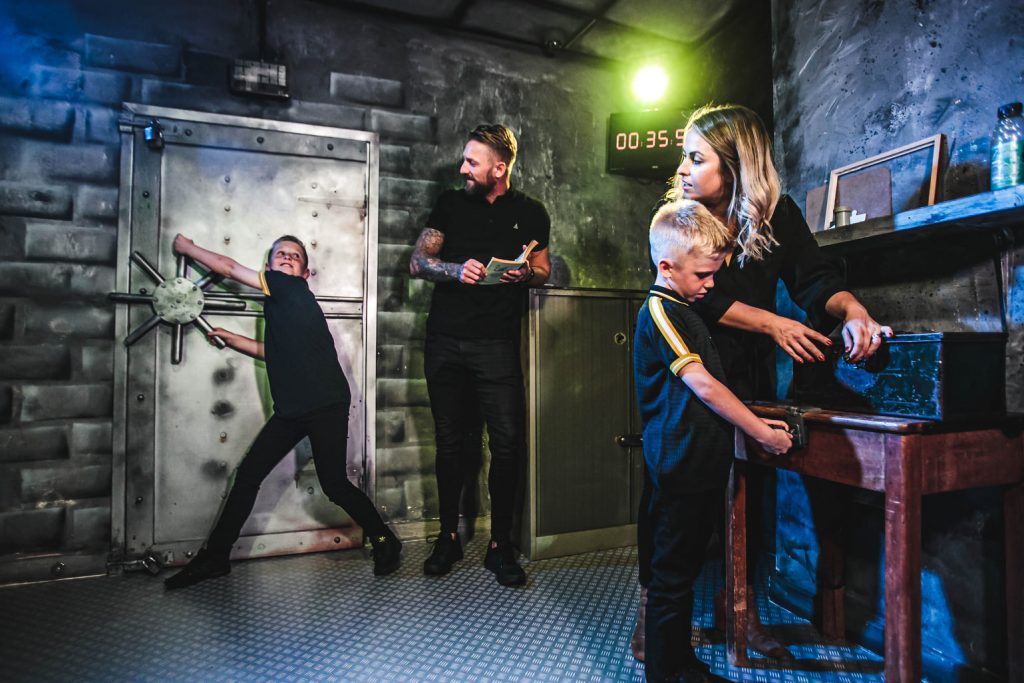 It’s not all about shopping, dining and drinking at Liverpool ONE (although that’s pretty good) there are loads of activities for things for the family to do too, come rain or shine.

Until August 21 there are Kids Mornings at Yard & Coop with fun, games and singalongs from 11am-12.20pm;  or you can watch Minions: The Rise of GRU at the ODEON; or solve the cryptic clues to Escape The Horrible Histories room at Escape Live. 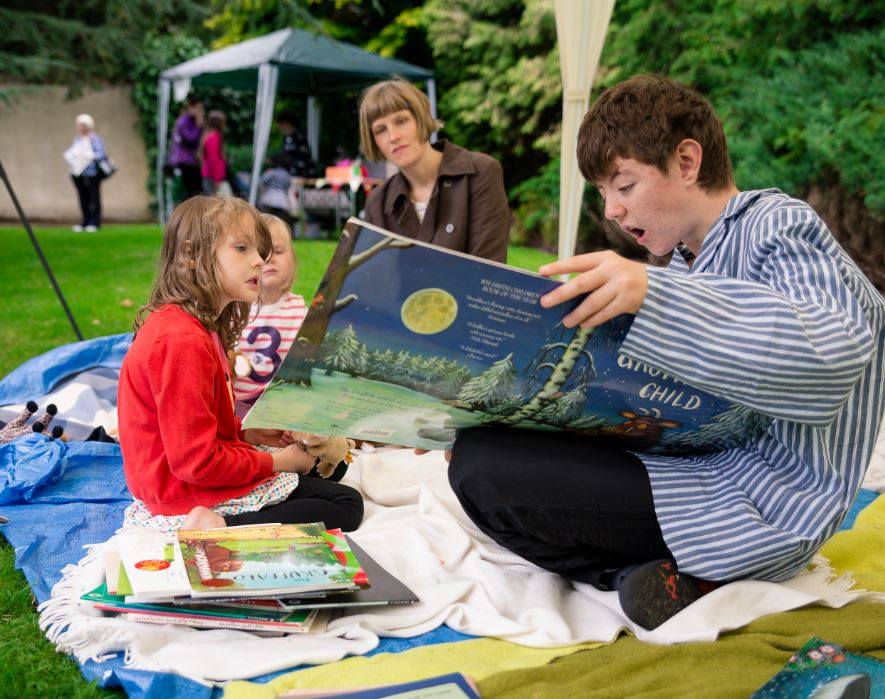 The Reader at Calderstones has got so much going on this month (and every month) from daily tours of its amazing home, The Grade II Listed Mansion House, to great activities for little ones at The Storybarn. Fishing for Stories runs at various times until August 20 and youngsters – ideally 4-9 but all are welcome – can play seaside games, sing sea shanties and make their own underwater creations to take home; and from August 16-31, they can help The Reader’s Storyhunters uncover ‘the most magical tale the Storybarn’s ever heard’, and solve puzzles and take part in some super-silly challenges!