Devastated girlfriend is holding festive party event in memory of partner who died in tragic Ibiza cliff fall - The Guide Liverpool
Contact Us Advertise with The Guide Our Video Services Follow us:

A devastated girlfriend who lost her partner in a tragic accident has planned a Liverpool rave event in his memory.

Mr Funky’s Christmas Party will be held in North Shore dance warehouse on December 11, in memory of 30-year-old Richard Canavan, who fell to his death from an Ibiza beauty spot in August last year.

Rose Phillips says the party night ‘will be in honour of Richard’, who was nicknamed Mr Funky. 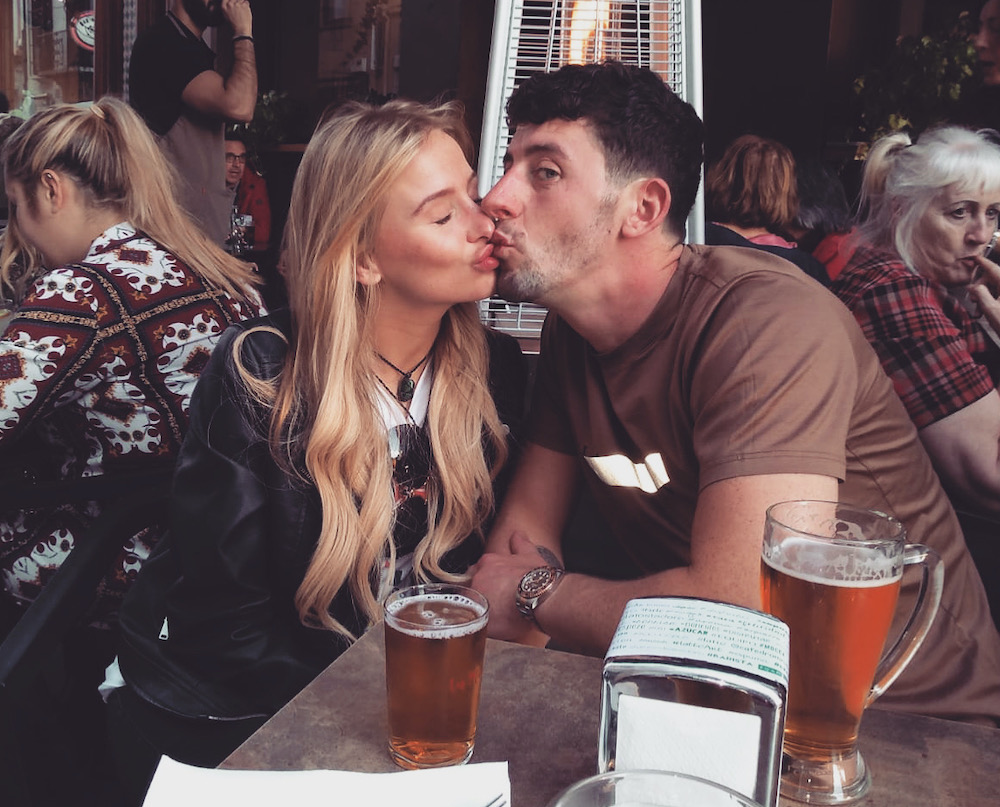 Rose says: “Richard lived life to the full, he loved to have a good time, and everything about the night will be about remembering him and the fun person he was.

“It will celebrate the man he was, and the love we had – and that everyone else who knew him had for him.”

And she adds: “Organising the event has given me a focus in my grief and, together with the support from family and his friends, given me a reason to live.”

Rose, 29, has revealed how she and Richard were childhood sweethearts. Having been brought up in Kensington, they met when she was 13 and he was 15, and they became boyfriend and girlfriend a year later.

She says friends and family all expected them to settle down and have children, but former office worker Rose said that wasn’t for her and Richard: “We had our own style of relationship.

“We didn’t settle down or have kids like everyone else, but we travelled more and went to loads of festivals.”

The couple split for a short time in 2016 – ‘I think having met so young, we wanted to confirm that we were meant to be’ – but Rose says: “I never doubted we would be back together. He was my life.”

They did get back together, in 2018, and Rose moved to Spain to be with Richard who had gone there earlier to help a friend renovate a villa.

She got a job in an office near Marbella and life was good. 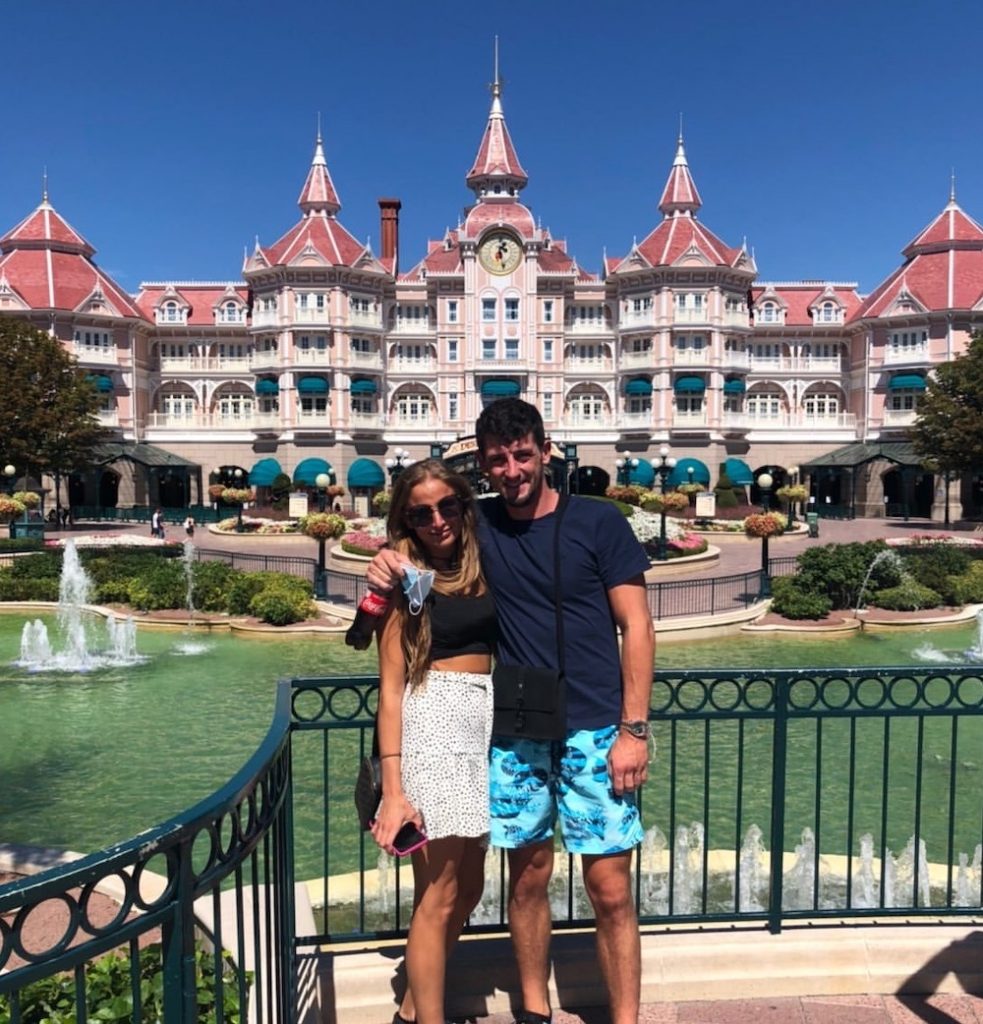 “The year Richard died we spent every day together because of COVID. I was working from home, and he had lost his job because of the pandemic. We lived in each other’s pockets but we thrived off each other.

“It’s might sound odd, but it feels weird being alive with him not here.”

The tragedy happened shortly after the couple had been on a visit home.

Rose says: “We came home in July once we were able travel so we could see people, friends and family. We bought a campervan while we were here and travelled back in it, going through England, France – where we went to Disneyland – and then Spain.

“But when we got back, I was made redundant and so we decided to do more travelling as it was coming up to our 16th anniversary, starting in Ibiza.”

It was then that the tragedy happened – on the first day of them arriving on the island.

“We decided to climb to the top of a cliff, a local beauty spot where you can watch the sunset from another nearby island, Es Vedra. Lots of people do it because it’s a great viewpoint and Richard and I loved watching sunsets and sunrises.

“But as I walked down afterwards, I thought Richard would follow… but he didn’t.” 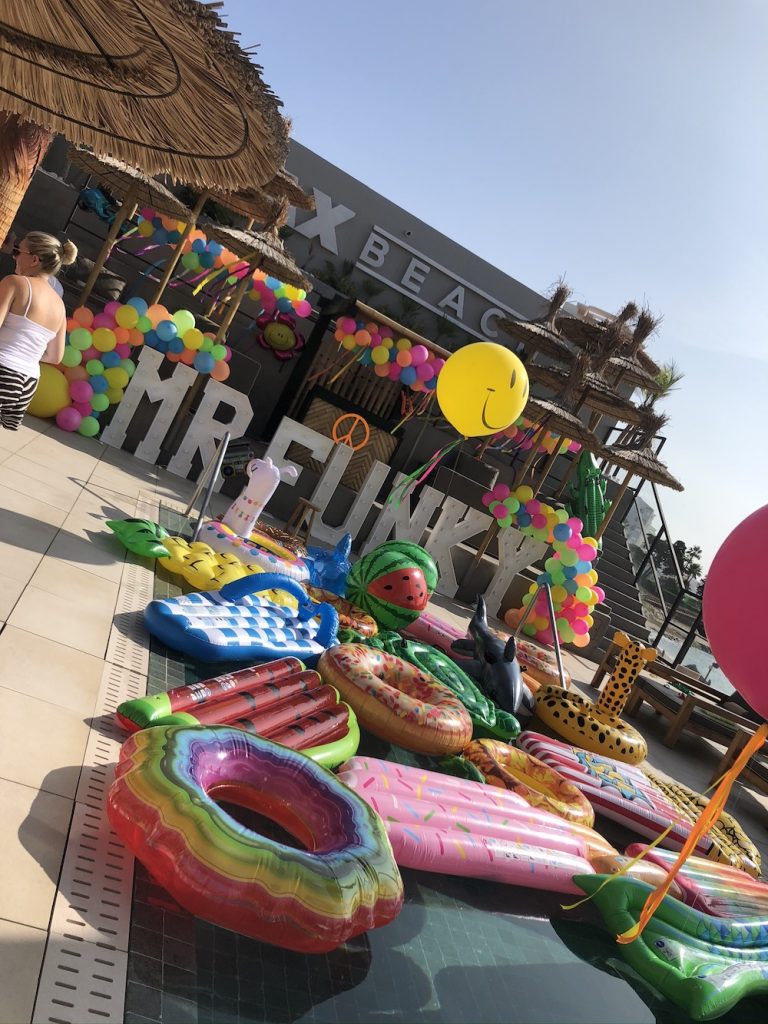 The news sent Rose spiralling into despair and trying to numb the pain with alcohol: “I was just drinking and partying, anything to make it feel unreal.”

But then she decided to set up Funkytown Events and organise music gigs in his name.

“I started DJing in Marbella and I set up Funkytown to hold events in his memory. I called it Funkytown because Richard was nicknamed Mr Funky because of his outgoing personality and the fact that he wore brightly-coloured clothes and didn’t care was people thought – and because of the song Funkytown, which he loved.

“At his funeral – we had two, one back home and a memorial party in Spain – I realised how much people loved him. They were fun events, celebrating his life, and I wanted to recreate that and carry it on.” 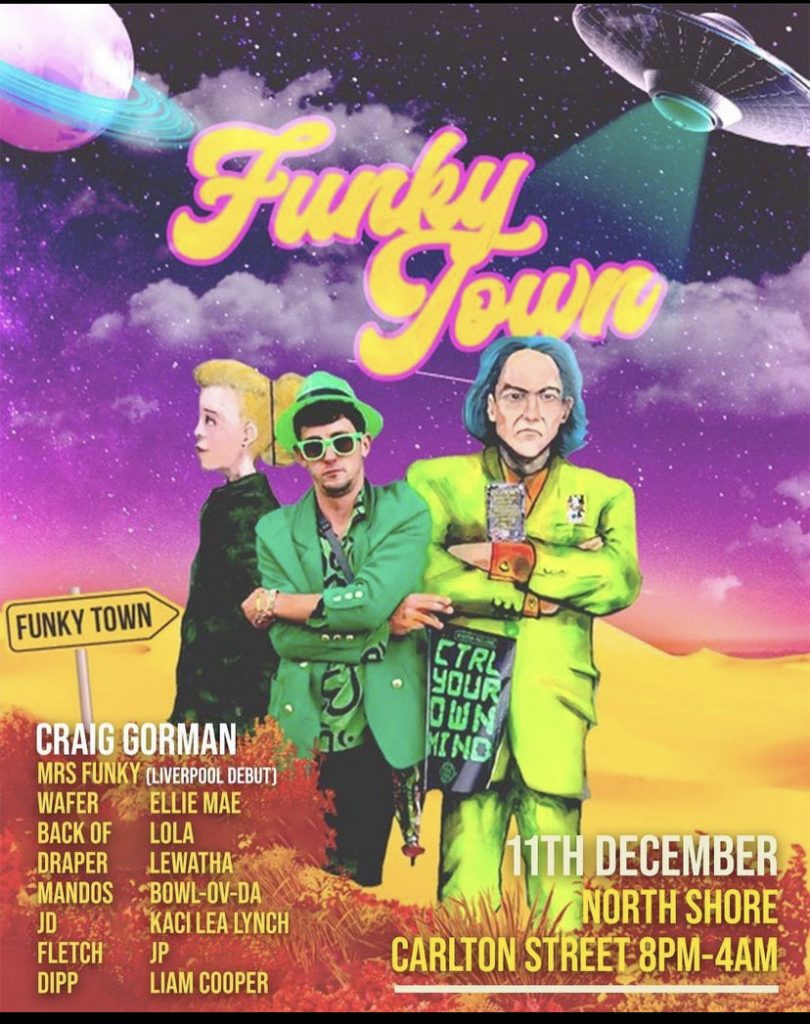 DJ Craig Gorman will star at North Shore, alongside Rose – aka Mrs Funky – and a host of Liverpool DJs.

“Richard was my life and the events will keep his memory alive. The one at North Shore will be the first but one of many, at home and in Spain.

“I couldn’t have gone back to my ‘old life’ without him. This is my new life – and it’s in memory of Richard, my tribute to him.”