First official pictures of this year’s line-up for Strictly Come Dancing released - The Guide Liverpool
Contact Us Advertise with The Guide Our Video Services Follow us:

Strictly Come Dancing’s class of 2019 have posed for their first official pictures.

The BBC show will return on Saturday for its seventeenth season, with 15 new celebrities set to take to the dance floor.

They include former Liverpool goalkeeper David James. The ex-professional athlete, 49, played for England and other Premier League clubs including Aston Villa and Manchester City before retiring in 2013. 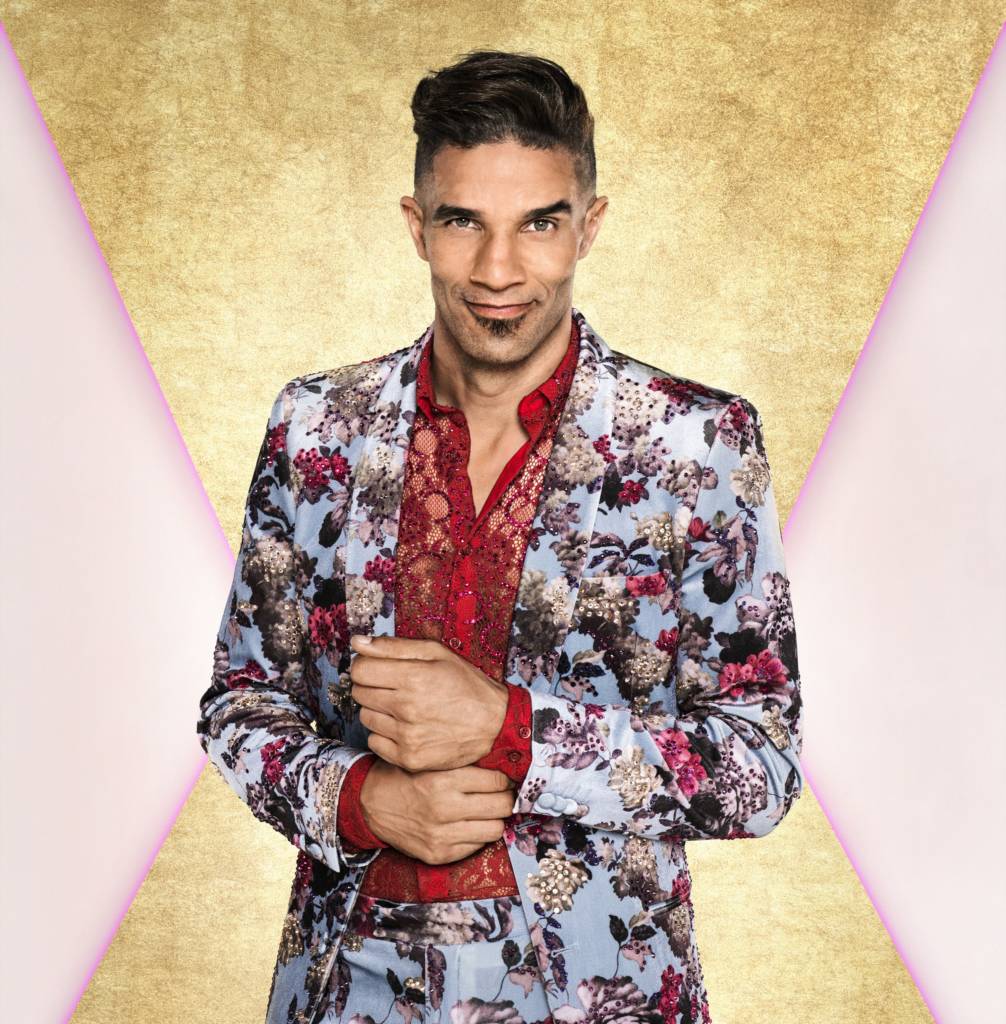 He said: “I have said no to celebrity shows previously and only ever done charity shows like Sports Relief.

“However, when my good friend Mark Foster told me how much he enjoyed the show, and how good everyone was, I changed my mind. Also, I love a challenge!” 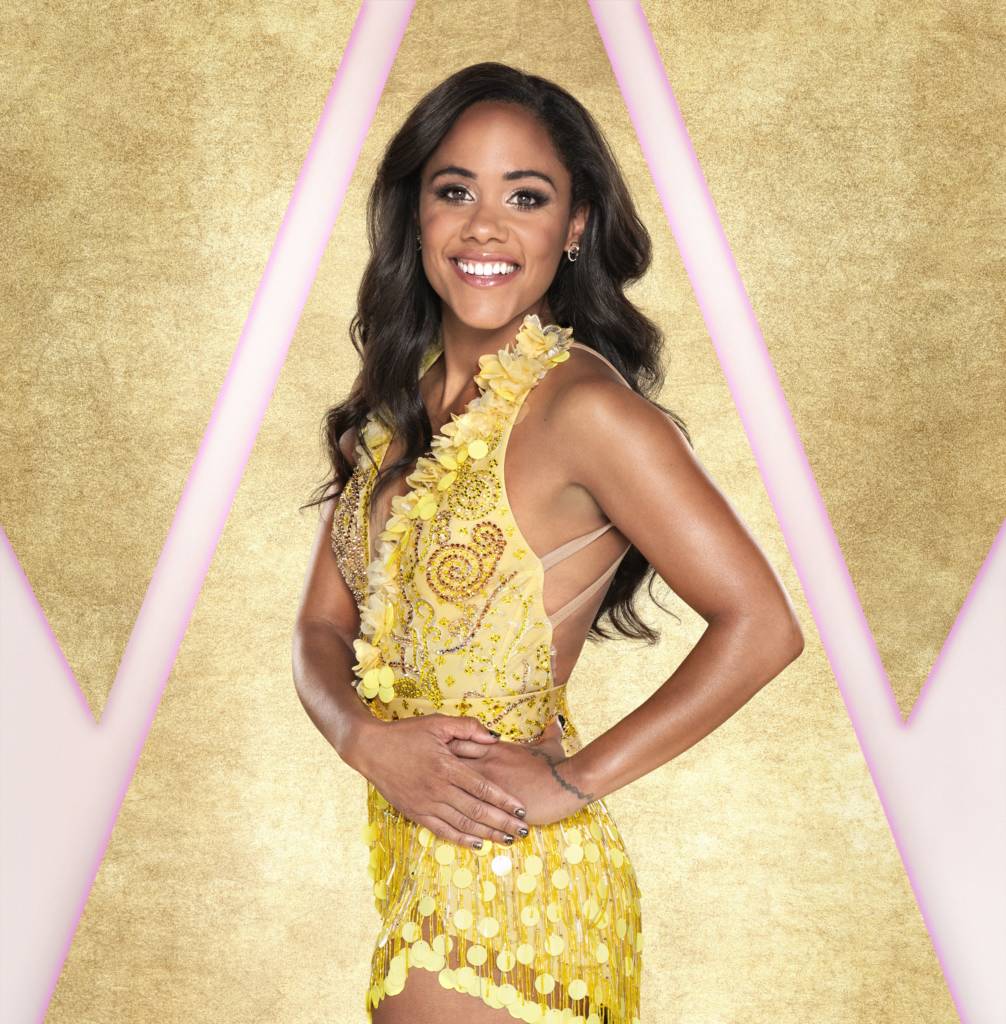 James is not the only former professional footballer in this year’s Strictly line-up.

Alex Scott played for Arsenal in the Women’s Super League and also represented Great Britain at the 2012 London Olympics.

Scott, 34, said: “Strictly’s another world to me. In football if something goes wrong, I know how to correct it. But what happens if I forget the dance routine with millions of people watching live on BBC One? That fear keeps running through my head.” 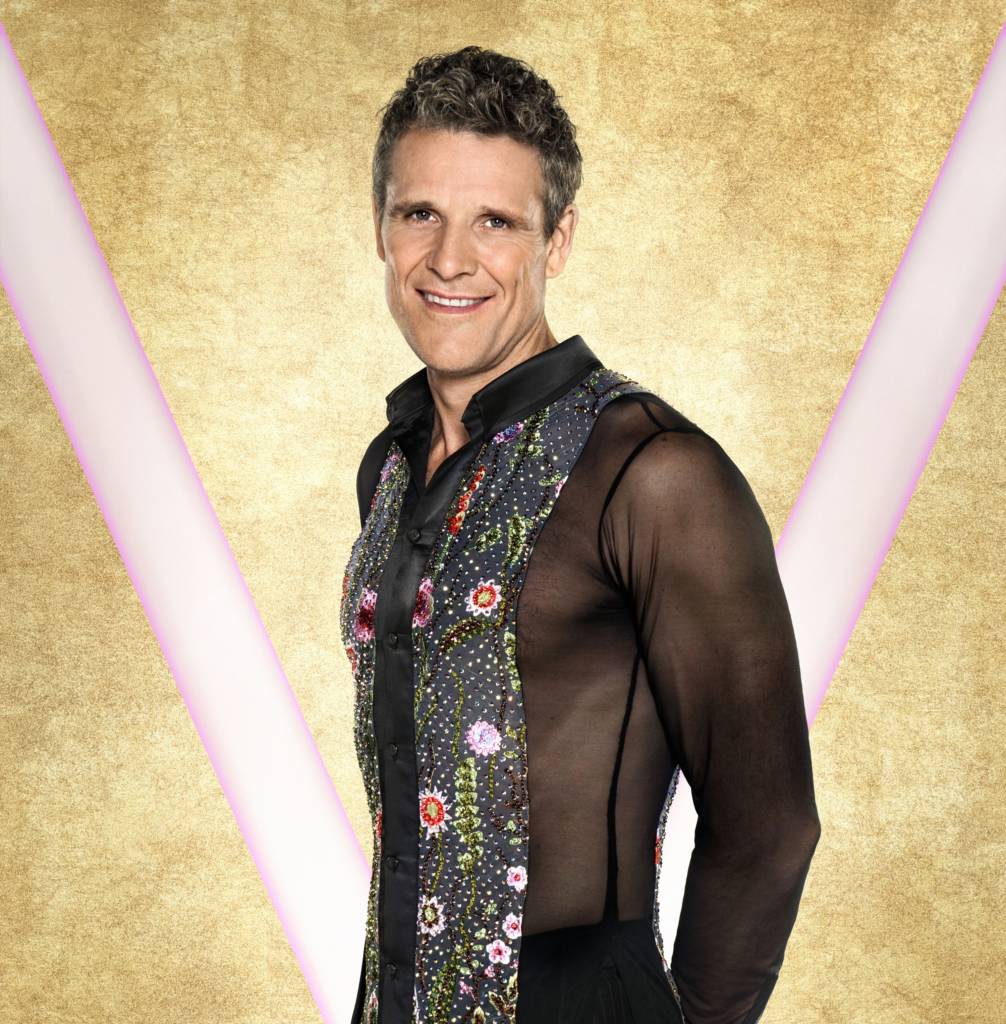 The 47-year-old rower hit the headlines earlier this year when he took part in the Boat Race, representing Cambridge against Oxford.

Asked what his biggest strengths are, he said: “I’ll have no problem being ripped apart, sorry I should say being constructively criticised, by my dance partner. I’m happy to be bossed around by someone who knows what they’re doing so I can learn.”

Veteran TV presenter Anneka Rice is another of this year’s Strictly cohort.

The 60-year-old, wearing a blue outfit in her promotional shot, is the oldest contestant. Rice admitted to being worried about the glamour side of the show.

She said: “No-one at work has ever seen me in anything but jeans. So the dressing up bit is alarming. I never enjoyed dressing up as a child unless it was to put on an army uniform or a boiler suit.”

BBC sports presenter Mike Bushell is many bookmakers’ favourite to be first to get the boot. 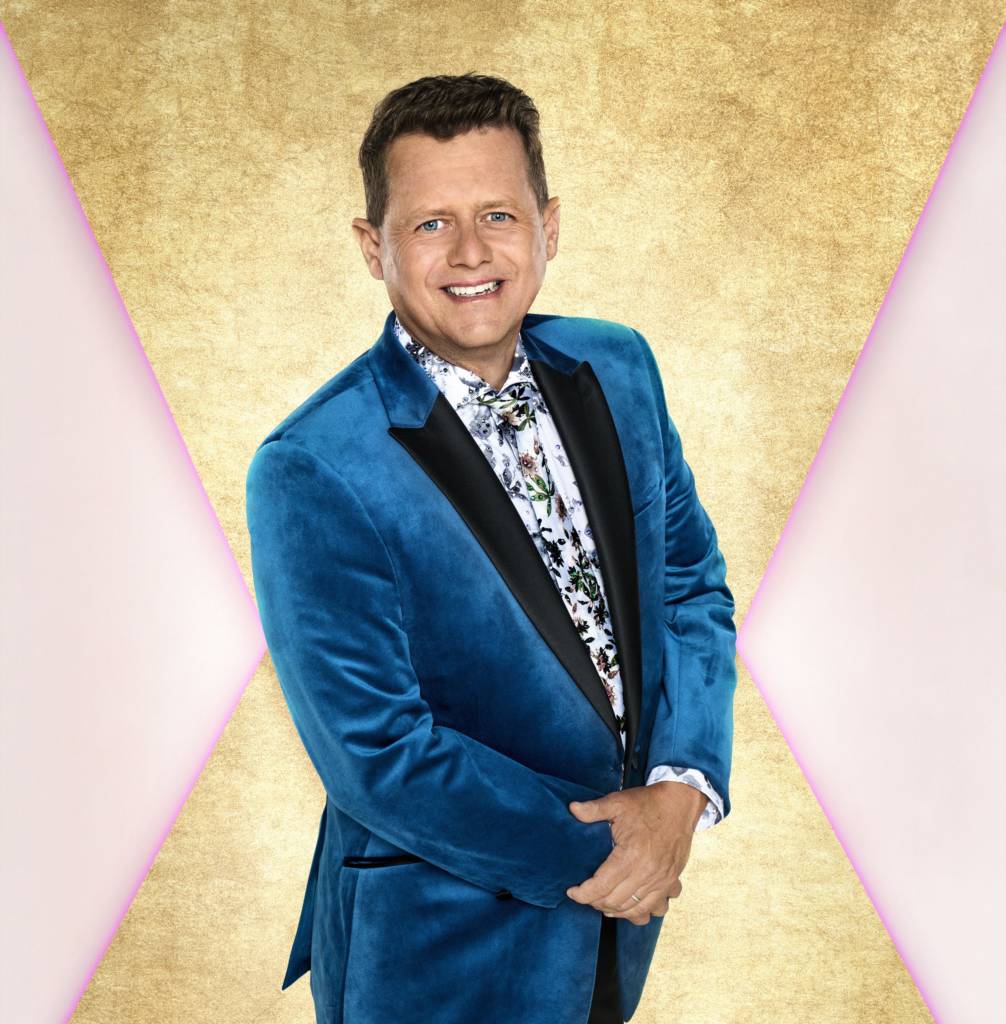 He said: “My biggest strengths are my energy and being a trier. So maybe the faster dances might suit me better as I might be able to mask some of my technical deficiencies.”

YouTube star Saffron Barker is the youngest on the 2019 edition of Strictly Come Dancing, at the age of 19. 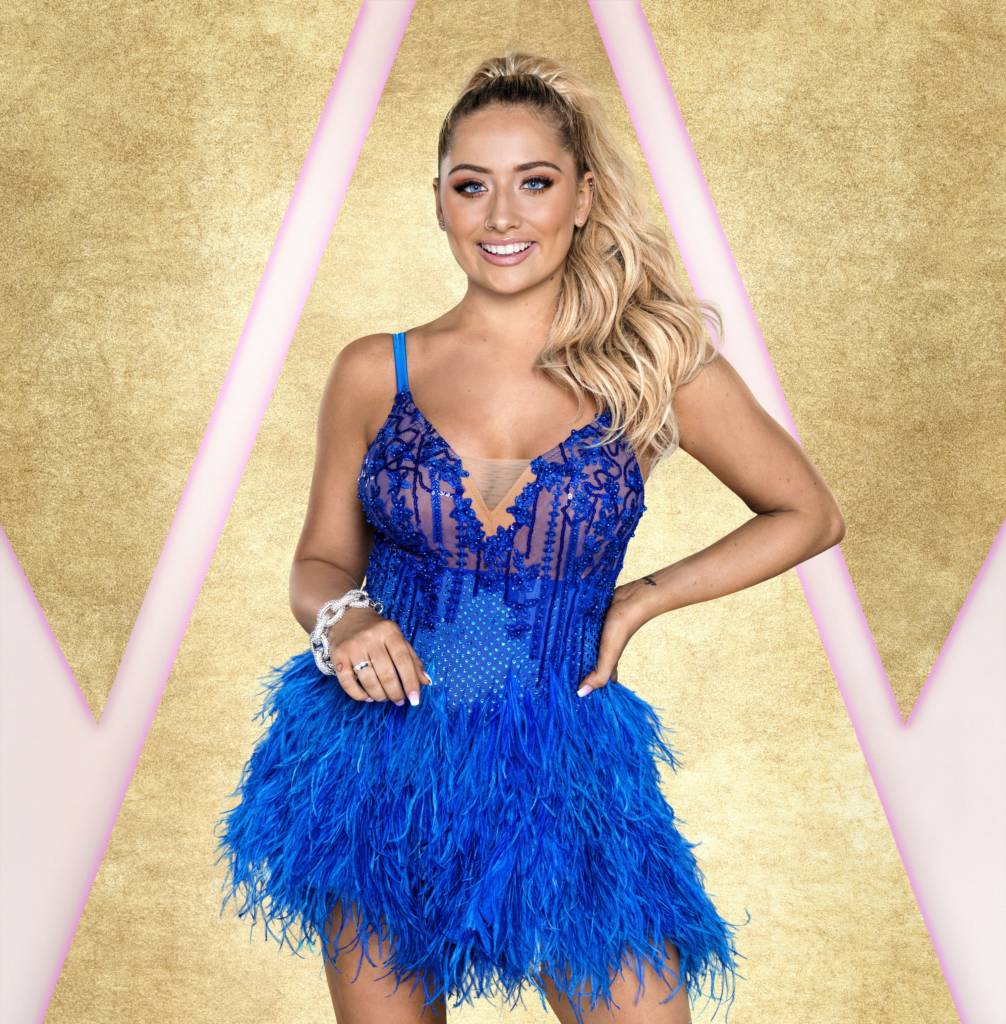 The popular online vlogger has been making videos since 2015 and has more than 2.1 million subscribers on YouTube. Barker said she had been given advice by her fellow YouTuber Joe Sugg, who took part in Strictly last year.

She said: “Joe Sugg told me to just enjoy the moment. But it’ll be my mum who I look to for advice. I’m so close to her. There’s no one I trust more than my mum; I can always count on her.”

Made In Chelsea’s Jamie Laing is another star in the Strictly line-up. 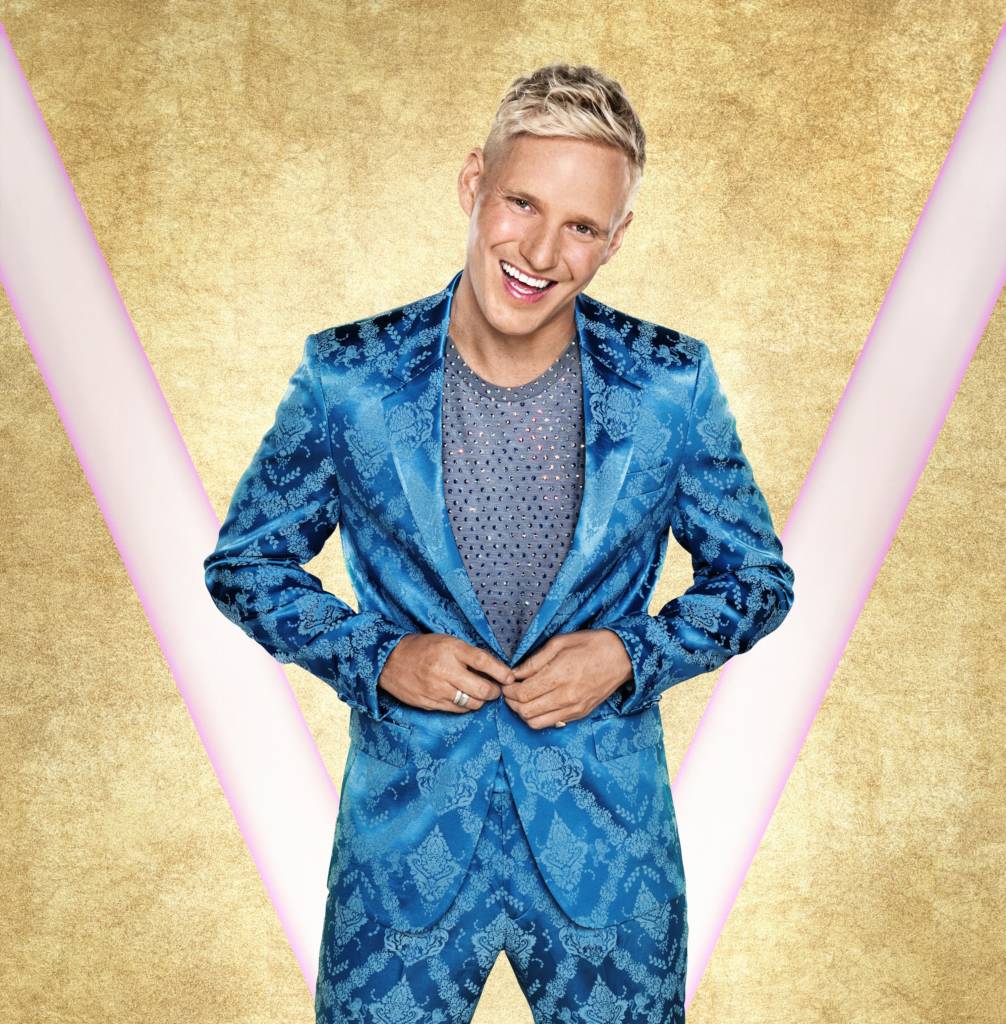 The 30-year-old TV personality said his mother was the first person he told about appearing on the show.

He said: “She screamed and then went really quiet for a while… I think she found it overwhelming. Honestly for her it is so exciting. My dad then told my grandparents and everyone freaked out.”

Meanwhile, Viscountess Emma Weymouth, wearing a pink dress in her promotional picture, is 16/1 with most bookmakers to win the show. 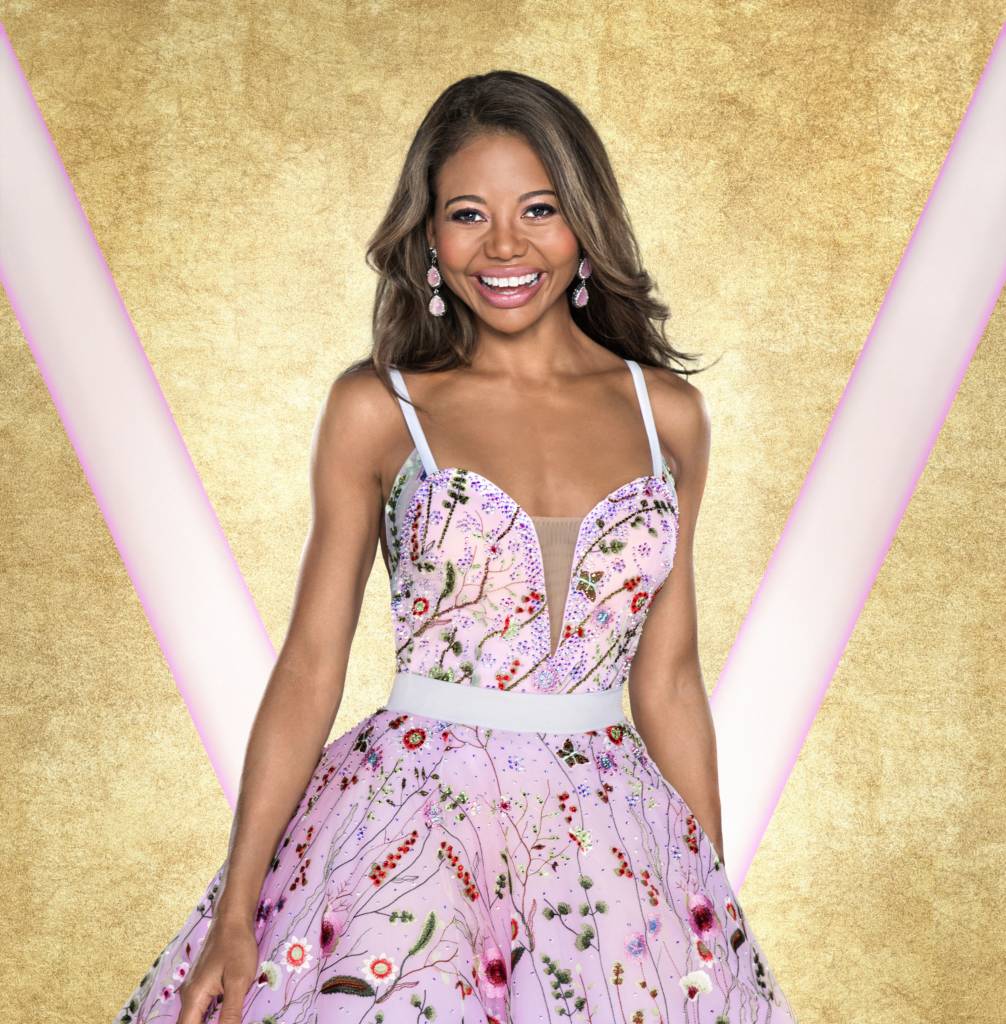 The socialite, 33, admitted to being a competitive person.

She said: “I know of course it’s a competitive environment, which is difficult. I don’t know what to expect, it’s like a family but we are all going to be in competition so I just have to work as hard as I can really and hope I can learn.”

Weymouth is joined by the TV presenter Karim Zeroual, best known for his work on CBBC. 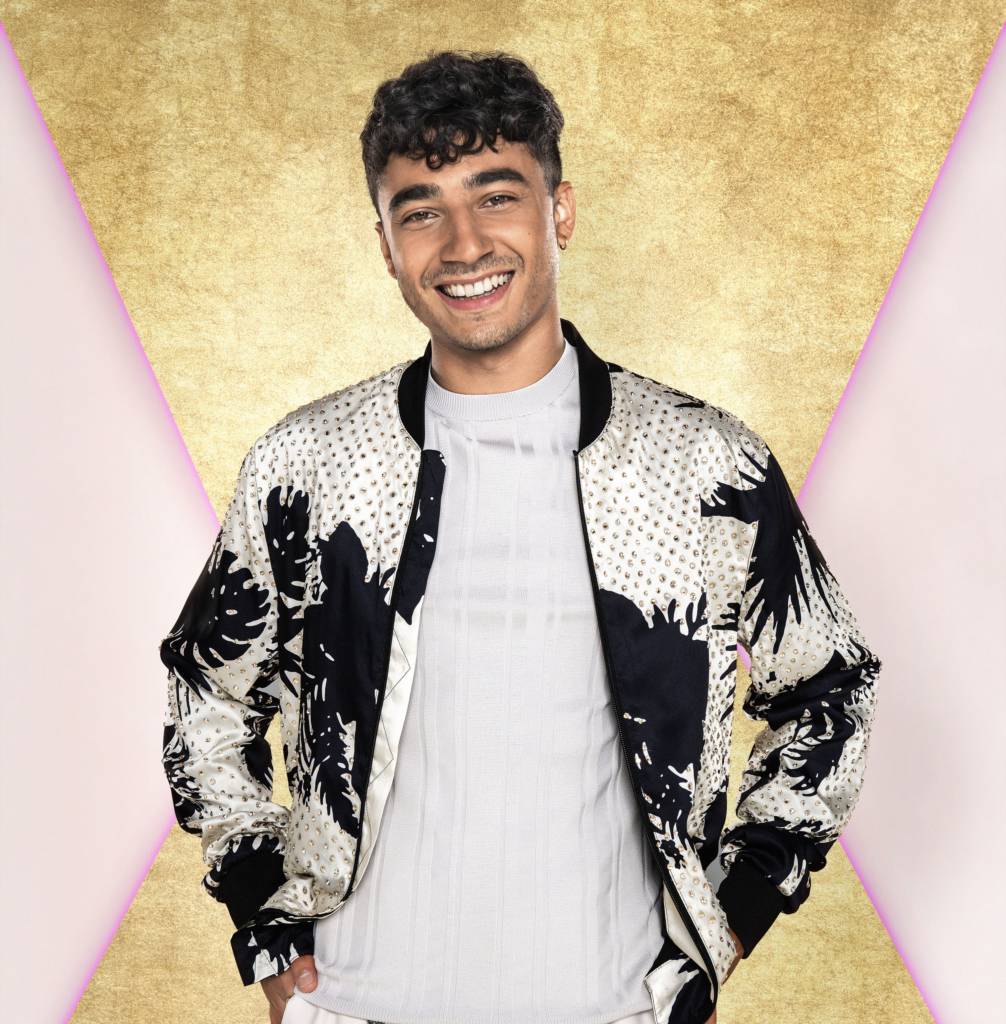 Zeroual, who has been a CBBC presenter since 2014, said his experience of live TV could help him on Strictly.

He said: “I do live TV for a living – and of course mistakes happen all the time on kids TV. Hopefully that’s prepared me for this in some way. If I do make a mistake then I’m always happy to laugh at myself and make a joke of it.”

After being announced as a contestant, RuPaul’s Drag Race judge Michelle Visage said she was “honoured to be a part of this legendary show”. 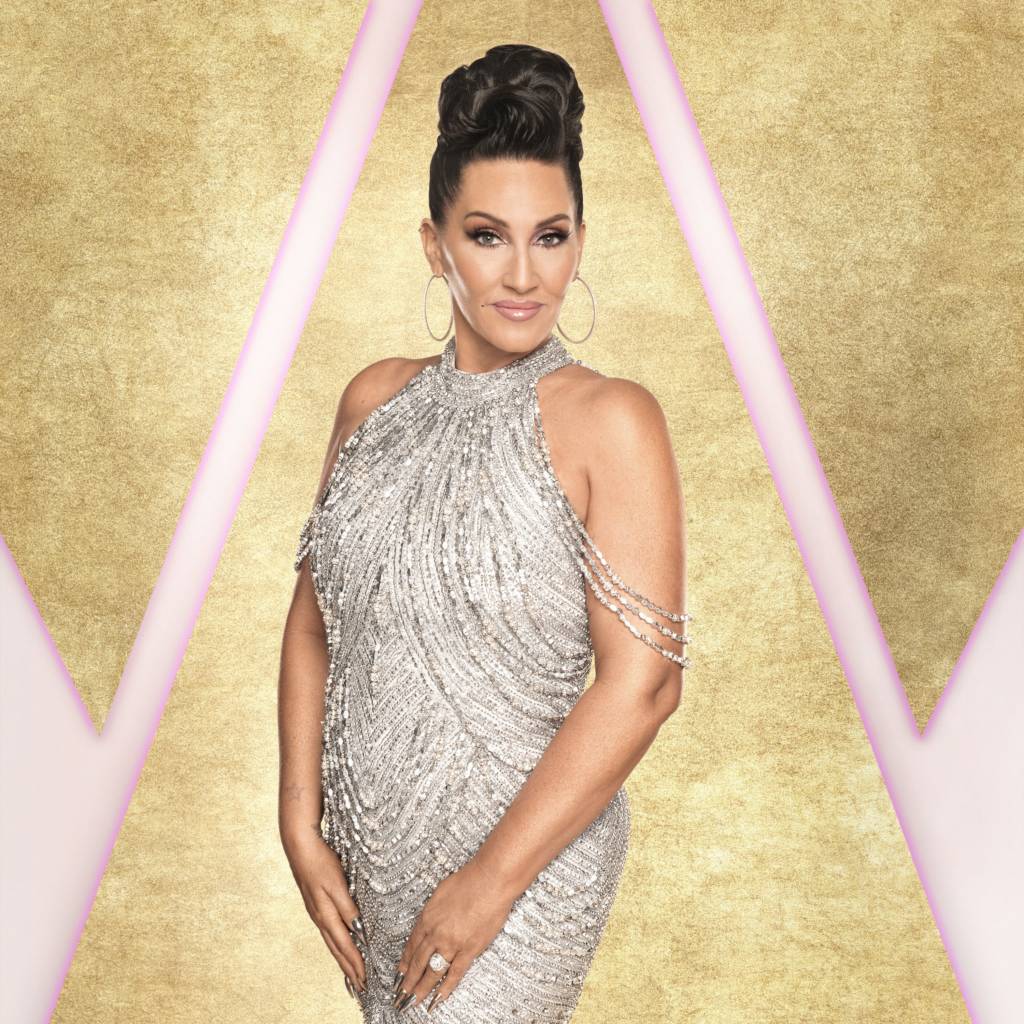 The 50-year-old is a rank outsider to win, according to the bookmakers.

She said: “I have done many, many things in my life, but I have never ballroom danced. Ballroom is something I have been obsessed with for years but have never taken a lesson!

“The tans, the hips, the fringe, the faces, the drama, my god I love it all.”

Paralympian Will Bayley said he hopes his Strictly stint can inspire others. 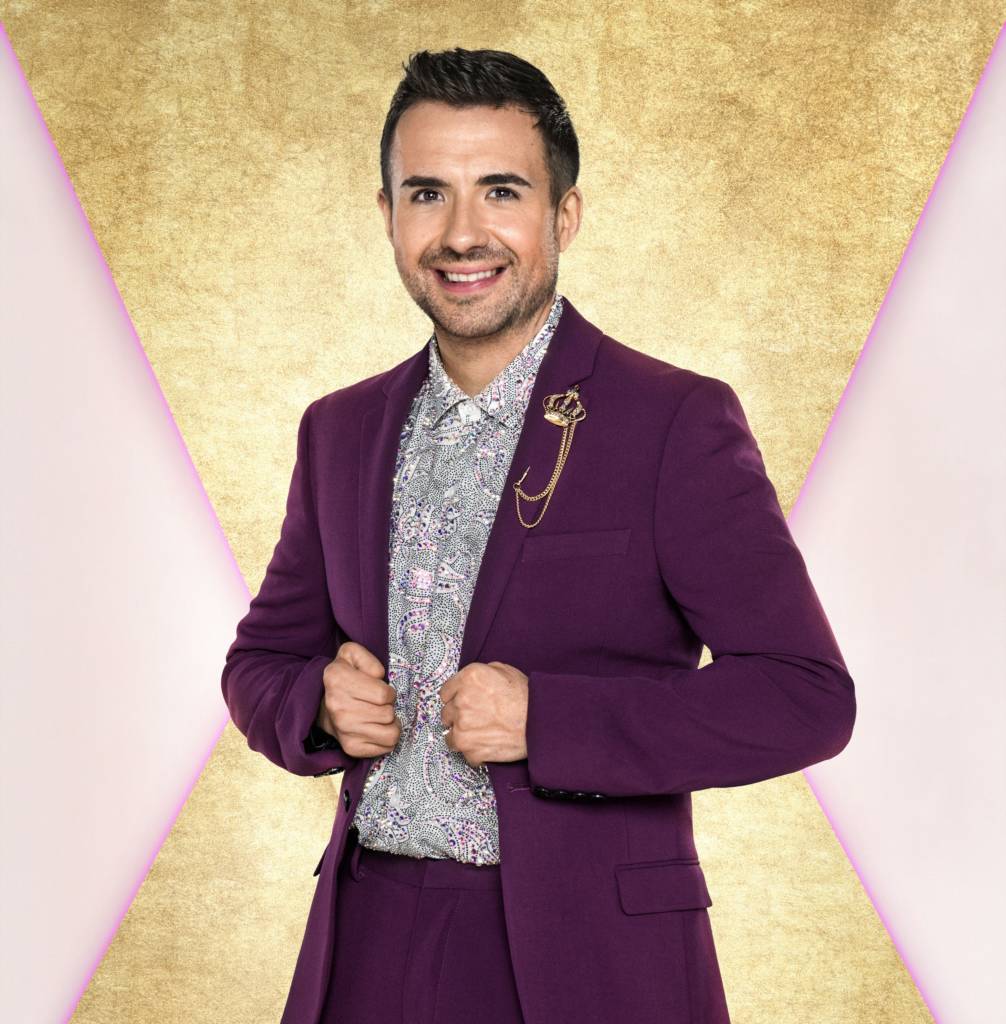 The table tennis star is currently ranked number one in the world in the sport.

He said: “I want to fly the flag for disabled athletes – Jonnie Peacock and Lauren Steadman have done so amazingly on the show in previous years and I want to carry that on. I want to inspire others.” 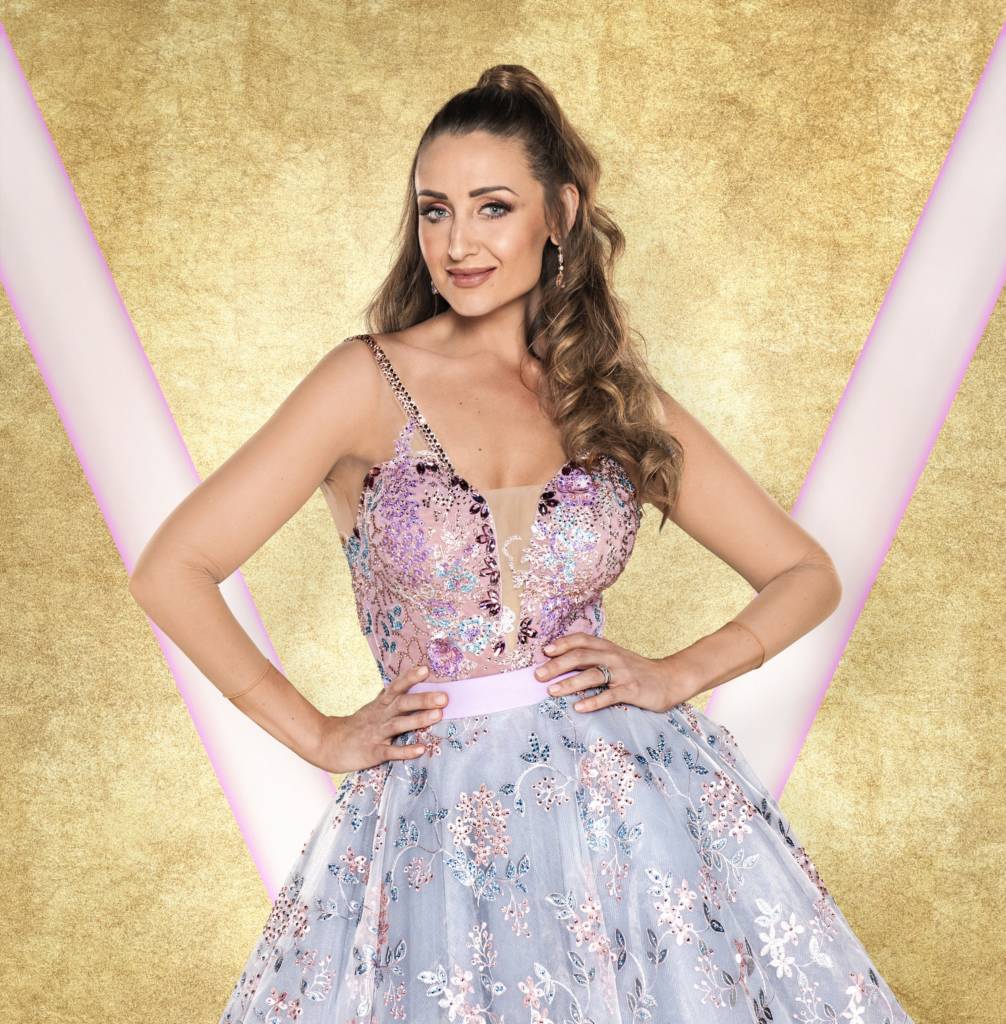 She said: “The dresses! The dresses! The costumes are breath-taking. I am a girly girl, so that’s probably the thing I am most excited about. I can’t wait to get glammed up every week.

“Hopefully even if my dancing’s bad, my dress will look great! ”

Radio 1 DJ Dev Griffin is another of Strictly’s class of 2019. 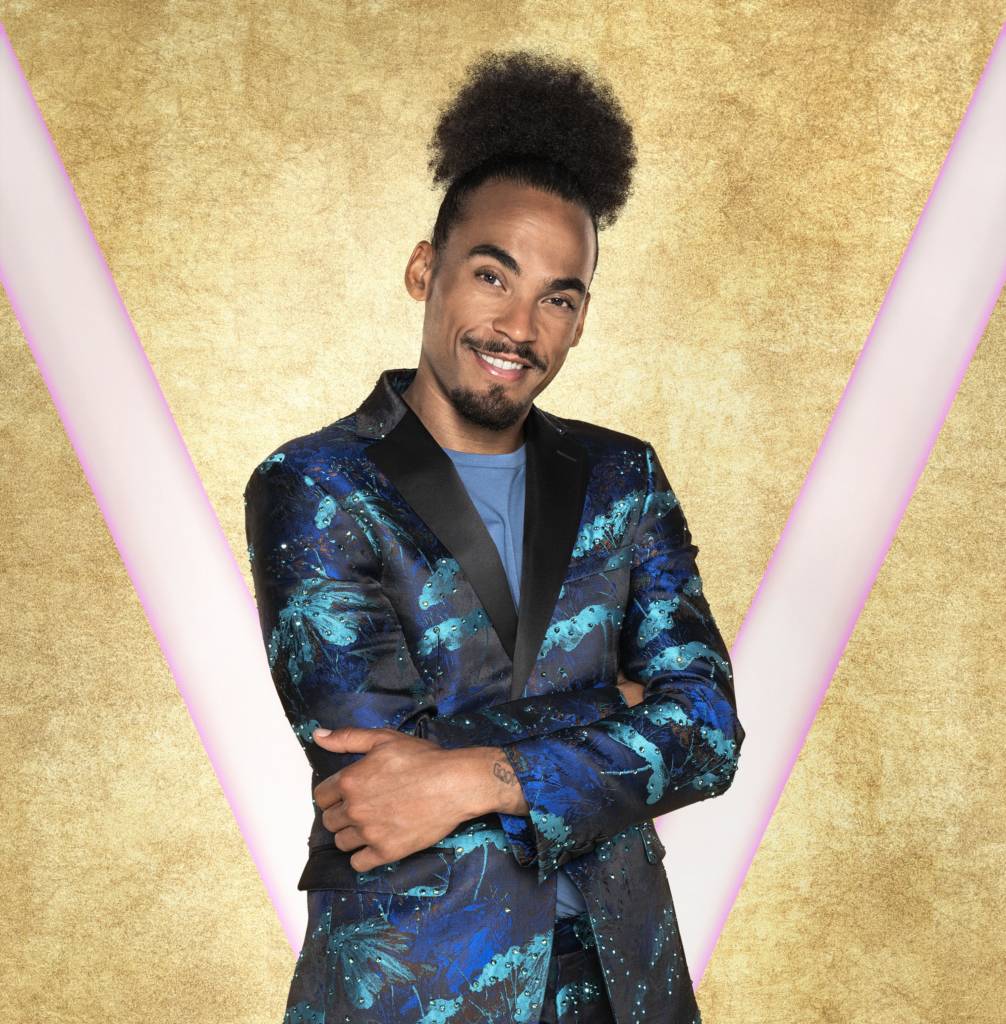 The 34-year-old hosts the weekend afternoon show on the station. He said: “To be honest I feel quite overwhelmed. I have had so many messages from people wishing me good luck and I’m thinking ‘wow, what have I got myself in to?!’.”

Emma Barton, 42, is best-known to audiences as Honey Mitchell in EastEnders. 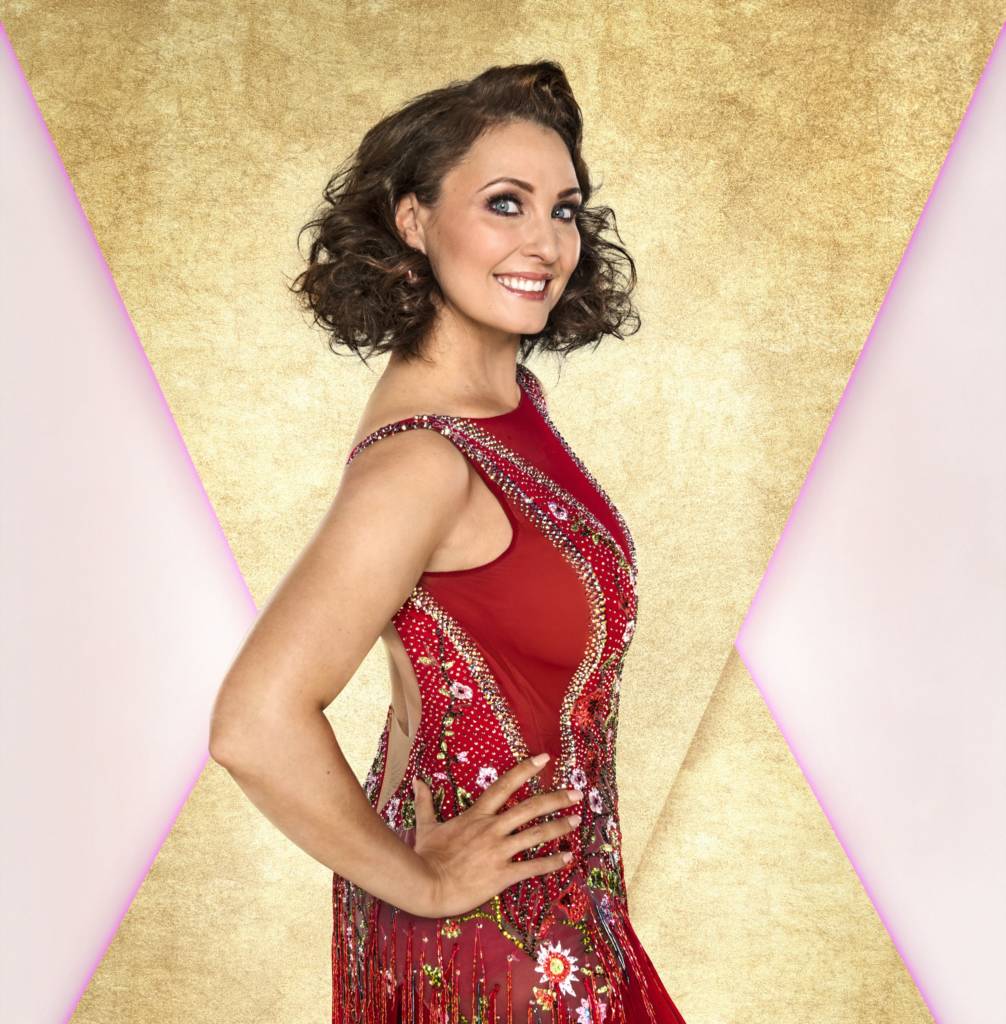 She was among the first celebrities unveiled for this year’s Strictly.

Asked what she was looking for in a dance partner, Barton said: “Definitely someone with a sense of fun, so we can have a laugh and work well together. I’m a great listener, I’m willing to learn and a hard worker.”

Chris Ramsey, a comedian, was also one of the first names to be announced for this year’s competition. 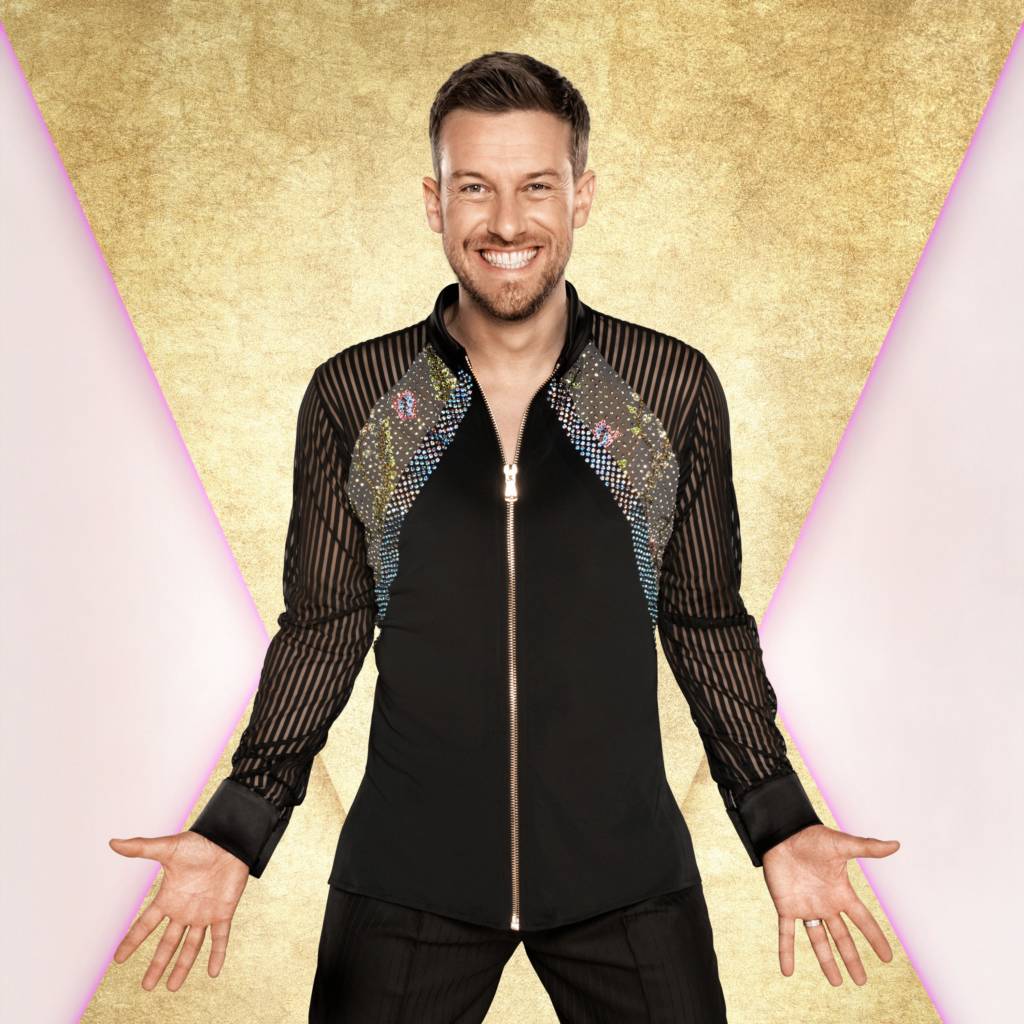 MORE: Do the Time Warp with Mersey Ferries this September!

He joked he was looking forward to getting “ripped”. Ramsey said: “Everyone says you get ripped. I’ve never been ripped. Ever. That would be great.

“I’m also looking forward to the spectacle of the whole thing; the live shows, the crowd, the costumes… It would be great if the training kicks in and I slim down before they put me in the costumes. I’ll wear whatever you want once I’m ripped!”

Strictly Come Dancing will launch on BBC One on September 7. Find out more about the show here.