Get involved in this year's Liverpool Arab Arts Festival - The Guide Liverpool
Contact Us Advertise with The Guide Our Video Services Follow us:

Get involved in this year’s Liverpool Arab Arts Festival 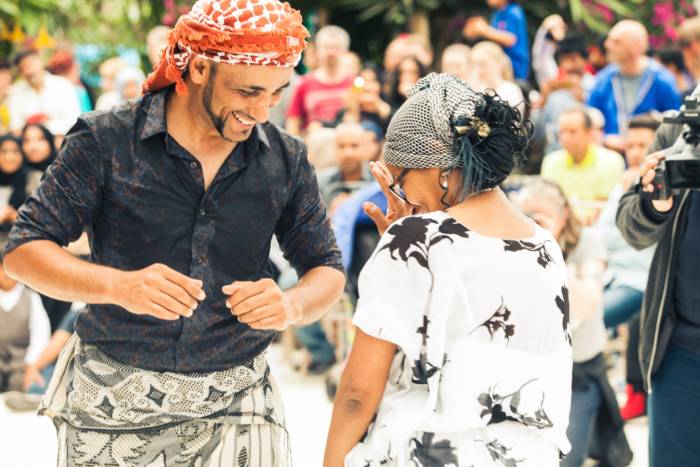 After a successful first week, Liverpool Arab Arts Festival (LAAF) is back again for a packed second week.

If you still haven’t been to a LAAF event, don’t worry, there is plenty more to come over the next five days!

You can get all our events at your fingertips by subscribing to their LAAF 2019 Google calendar or simply check out our listings at arabartsfestival.com 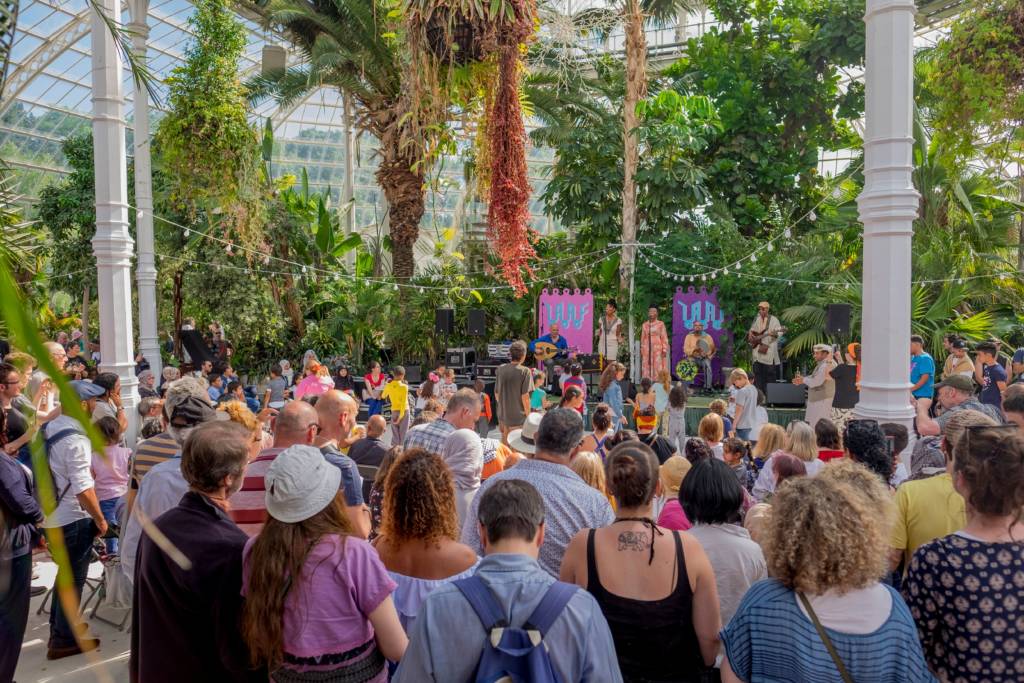 Today at Picturehouse at FACT also sees the last of our three UK premieres as part of the ‘Celebrating Youssef Chahine’ series, a beautifully remastered version of   Alexandria Again and Forever followed by a post-screening discussion. The third instalment of this semi-autobiographical series, presented in partnership with Misr Film International, Alexandria Again and Forever is a masterful amalgam of realism and fantasy. You don’t need to have seen the first two films to appreciate this film either, it’s masterful direction speaks for itself. 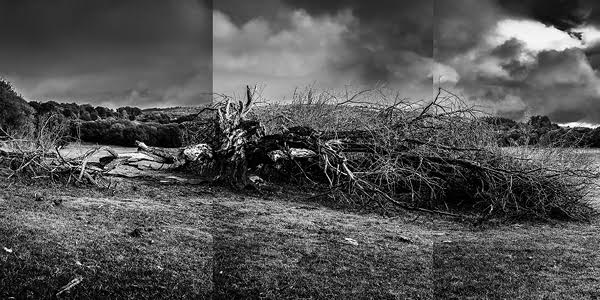 Between 3pm and 5pm at Northern Lights there is a free, drop-in workshop that is perfect for creatives of all ages. The Shadow and Light: Make A Bookmark allows participants to pick a medium and create a unique work of remembrance to honour the academics whose lives are commemorated in the Shadow and Light exhibition, which is open daily 12pm – 6pm until Saturday 13 July. This one-day-only workshop will be led by artist-printmaker Catherine Cartwright and poet/book-artist, Ama Bolton.

LAAF is also bringing renowned Lebanese visual artist and performer, Yara Boustany, to Unity Theatre to perform two of her works, produced by Shubbak, in one special show at Unity Theatre. The complex and magical ēvolvō follows a journey from idyllic nature in the mountains of Lebanon, to the busy street-life of Beirut, while One Day and One Night Beirut is reflects everyday life in Beirut, depicting 24 hours from sleep to wake – a journey from dreaming to reality. 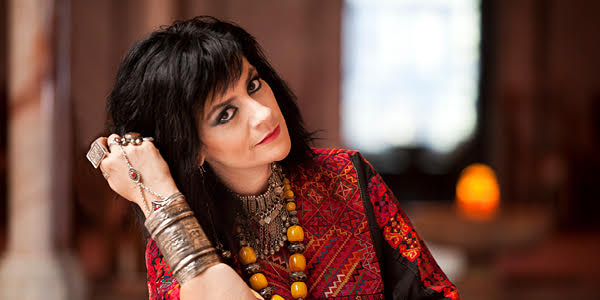 Over at Northern Lights at 4pm there will be a special reading of excerpts from al-Mutanabbi Street Starts Here at the Shadow and Light exhibition, including works by Naomi Shihab Nye, Brian Turner, Richard Harrison, Persis Karim and others.

LAAF will be paying tribute to Rim Banna with the only UK performance of The Trace of the Butterfly outside of London. The show, which honours the phenomenal Palestinan singer and activist who lost her battle with breast cancer last year, will see her friends and contemporaries performing some of her best-loved works. The unmissable line up includes Lebanese artist, singer and songwriter, Tania Saleh, Palestinian pianist and composer, Faraj Suleiman, Syrian MC and hip hop producer, Bu Kolthoum and the Tunisian singer, songwriter and composer, Sabrine Jenhani. It’s all taking place at 8pm at Liverpool Philharmonic’s Music Room.

Liverpool is no stranger to powerful political activists that are closely tied to the arts,  that’s why LAAF are excited to bring Translating Muhammed Mahmood al-Zubayri to VideOdyssey at Toxteth TV. It’s set to be a wonderful afternoon dedicated to the poems of this Yemeni champion of political reform and reconciliation. During this panel-led event, Professor Sam Liebhaber, Associate Professor of Arabic at Middlebury College in Vermont, USA, will read a selection of al-Zubayri’s works, taken from the two poetry collections that he is currently translating, A Prayer in Hell and Revolution of Poetry. After the readings Janet C.E. Watson, Fellow of the British Academy, will also lead an interview with Professor Liebhaber and Fatima Al-Zawya, who is an expert in the promotion and preservation of the Yemeni oral heritage.

On Saturday evening at Bluecoat, artist in residence, Dana Dajani, will perform a World Exclusive of her one-woman show Heroine with a Thousand Dresses taking the audience through the diverse and eclectic wardrobe of her own grandmother – a boutique owner in Jerusalem whose love of fashion was her mode of self-expression. It’s set to be a beautiful and empowering story that should not be missed;.l 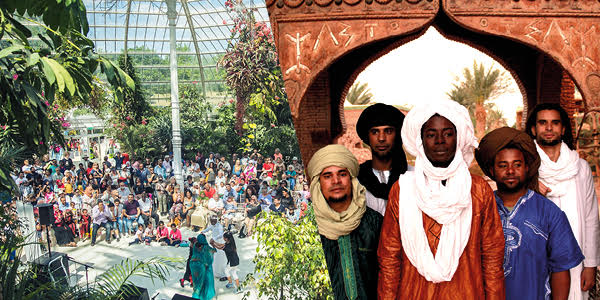 Back at Sefton Park Palm House and bigger than ever before is LAAF Family Day supported by Qatar Foundation International. The jewel in the festival’s crown, this free event has something for all the family. If you’ve never been to LAAF before and you can only get to one event – make sure it’s this one!

The highlight of the day will be the UK debut of Daraa Tribes, who will take to the stage to perform their unique form of Tribal fusion & Saharan blues. Hailing from the oasis town of Tagounite in the Daraa River Valley of Morocco, each member of Daraa Tribes originates from a different tribe, bringing with them diverse music traditions – a real gem for music fans.

If dance is more your thing, members of all-woman collective Hawiyya Dance Company will be performing their unique blend of Dabke and contemporary dance. If you fancy giving it a go yourself, you’ll be able to learn a few Dabke steps from the dancers, outside in the Palm House grounds. 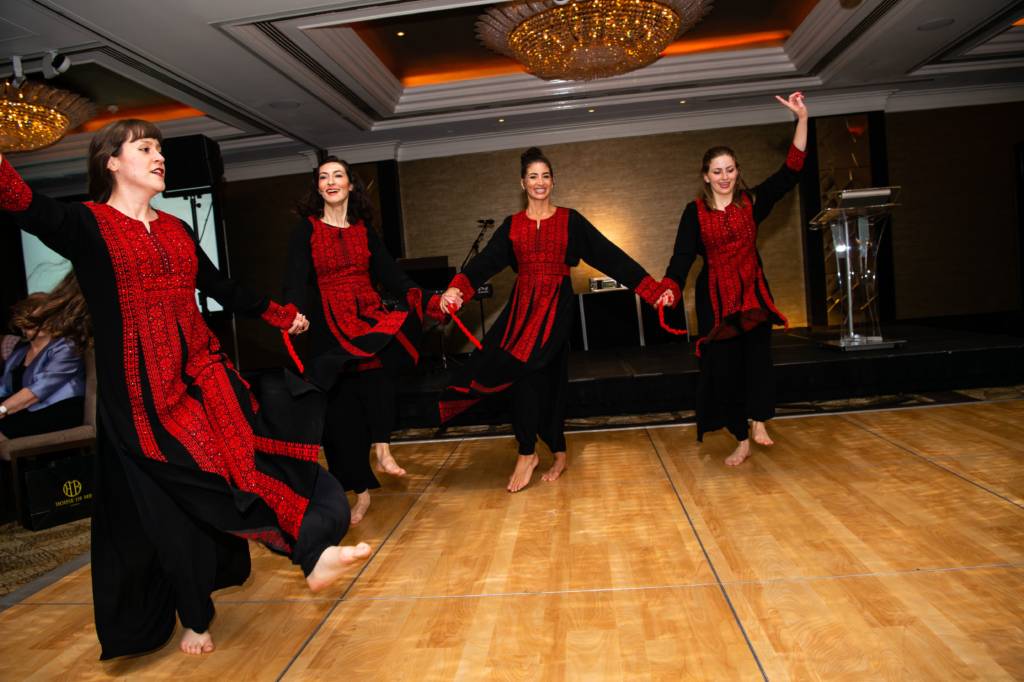 MORE: Registration is now open for this year’s Liverpool Sleepout

Also playing will be Yemeni act, the Al Awahadal Band, with a live performance from Reham al-Hakimi, and Masters of Syria, a group of former teachers from the High Institute of Music in Damascus performing Syrian and Arabic classical music on the violin and a range of traditional instruments including the Oud, Quanoon, Nay, Rek and Tablah. They’ve even performed alongside Damon Albarn before!

And there’s even more fun for all the family henna painting, authentic cuisine, children’s crafts, market stalls and interactive sessions, including LAAF’s storyteller in residence Alia Alzougbi, who will be sharing folktales from the Arab world.

On top of all this there is also still time to see Yasmin Ali’s exhibition THIS IS US. THIS IS ME. THIS IS YOU at OUTPUT gallery (until 14 July) and Shadow and Light at Northern Lights (Until 13 July).

Find out more about this year’s Liverpool Arab Arts Festival by visiting their website here.