How Liverpool UFC fighter Molly McCann's book is helping children talk about their sexuality - The Guide Liverpool
Contact Us Advertise with The Guide Our Video Services Follow us:

A debut book written by Liverpool UFC fighter Molly McCann is helping young children who might be struggling with their sexuality.

‘Be True to You’ has been flying out in its first weeks of release and Molly says she hopes it will be an easy read for young children who may not understand their sexuality just yet, and allow parents to have safer conversations and promote a safe space to maybe come out in.

The book also has pages where children can draw their story for their parents to help open up the subject.

Blues fan Molly has used her own experience of feeling different from other girls when she was growing up as the basis for Be True To You, which is a very personal story. 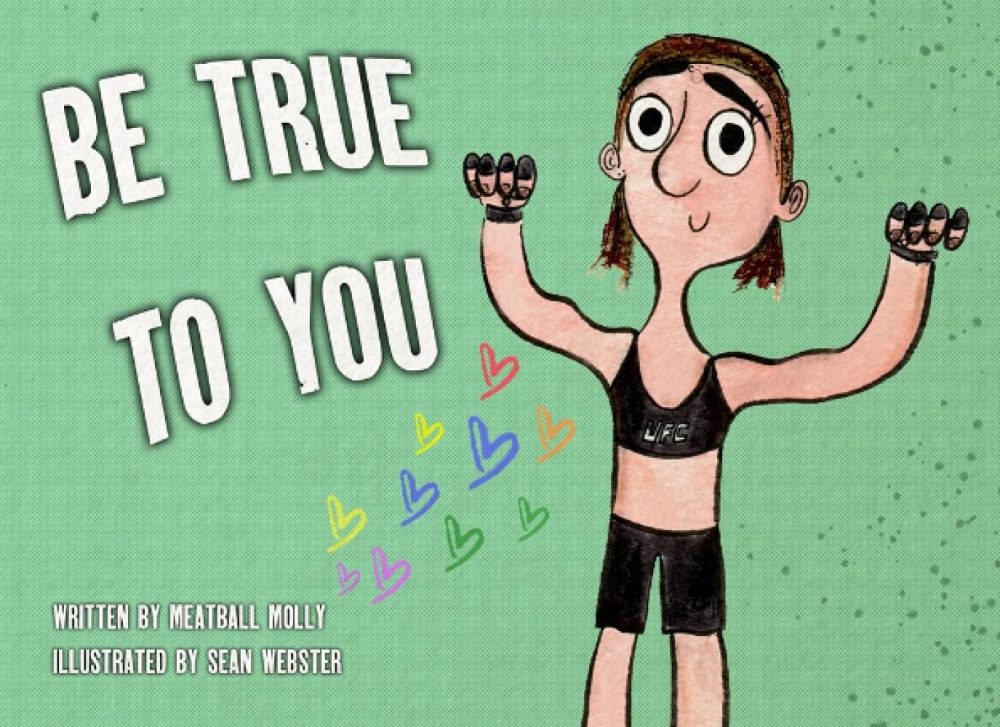 “The average female is brought up to wear dresses and pink and play with Barbies, and I was just not that so I felt disconnected to my peers and the people in school and even my family,” she explains.

“I grew up in a time when you’d be made fun of and the joke was ‘oh, you’re gay.’ So from that moment you had a negative connection with the word ‘gay’ and it just sent me right the other way.

“For people to take the p*** out of you for who you love or who you are when you can’t help it can scar you for life.

“It did take me until I was 25 to come out and be comfortable in my own skin and that is really late and really sad. It’s really upsetting that it took me that long to feel comfortable about and acknowledge my feelings.

“It wasn’t until I started MMA and I was in environments where I had a safe space and I was equal to everyone else.” 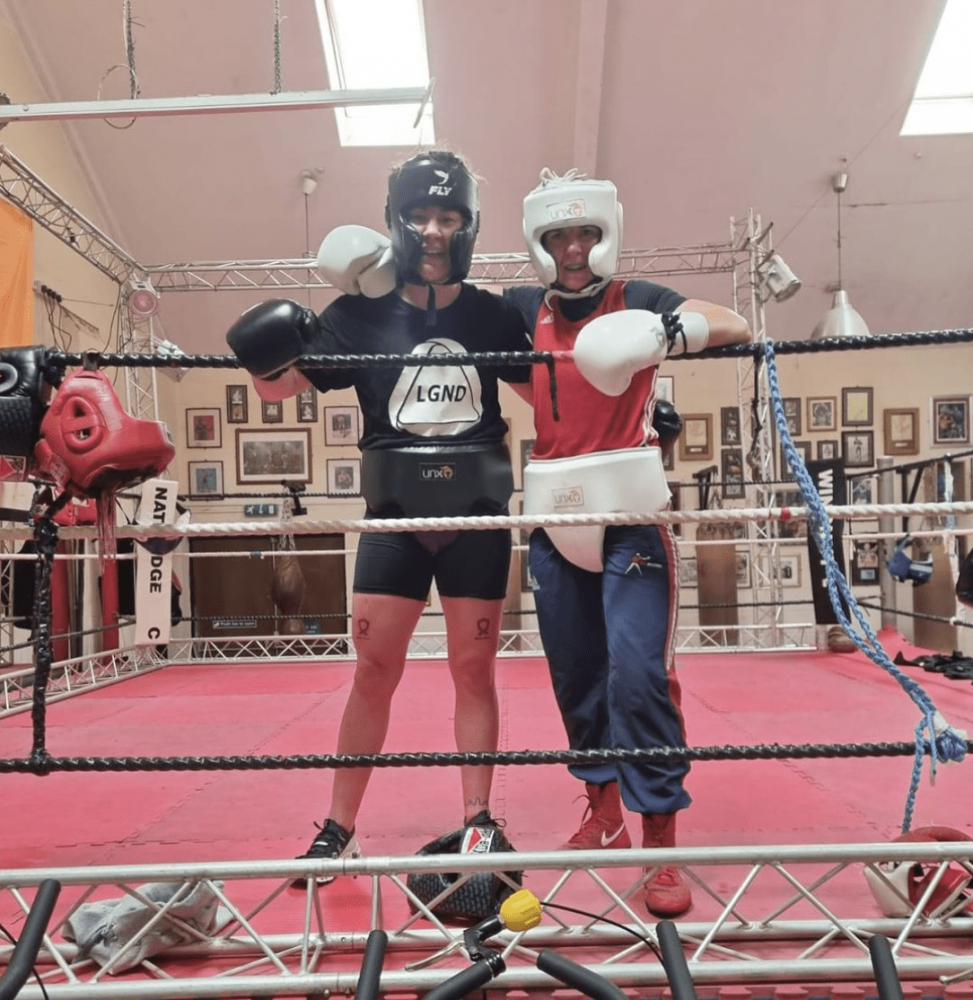 31-year-old Molly, who’s nicknamed Meatball Molly by fans, says she wanted her first book to be an illustrated one for young children because she was keen to do something more within the gay community.

“For Gay Pride month I would always do a post and I would go on marches. But I thought, what am I really doing to break down barriers and stigma and raise awareness to let people know it is OK to be who you are?” she explains.

“A lot of people are brought up thinking it’s not OK through religion, different cultures and old generational views. People are thinking this is right or that is normal, and life just isn’t that way anymore.” 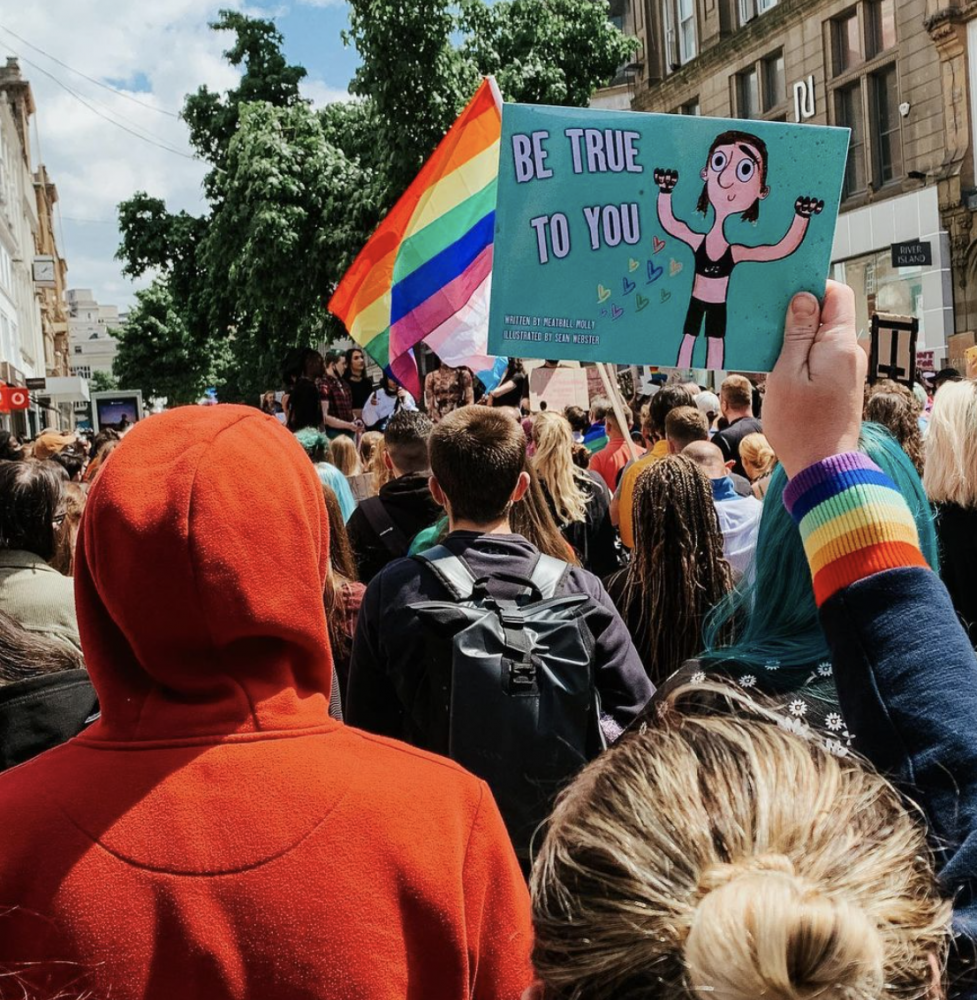 Molly teamed up with illustrator Sean Webster to create Be True To You.

She says there were a lot of different ways she considered taking the book before she decided to just make it her own story.

“I just Googled ‘short stories’ and went through it all and sent Sean about 24 pages of text on what I wanted and then he drew the pictures.

“I said ‘I’d like to make it a coming out aid for kids as well’ so that’s why there are a few plain pages at the back. If a parent is going to buy this book for their kid because they have an inkling that they could be gay, there’s a safe space for the child to put their feelings down.”

Illustrations for the book were created by Sean Webster

Molly has decided to make a donation from every sale to Stonewall, the LGBT charity she already supports by wearing rainbow laces in her gloves when she fights. Be True to You is also going into Stonewall’s LGBT library and educational programme, and Molly has plans to tour schools later this year to talk to young children about it.

“If the book helps people understand themselves better and feel safe then I have done my job.”

Be True to You is for sale through Amazon here.