Huge new mural of Reds boss Jurgen Klopp with song lyrics has been painted in Anfield - The Guide Liverpool
Contact Us Advertise with The Guide Our Video Services Follow us:

A massive new mural of Reds boss Jurgen Klopp has been painted on the side of a house in Anfield featuring the lyrics to a fan favourite anthem.

The huge piece, which is a collaboration between street artists MurWalls and BOSS Night, covers a whole end of terrace in Randolph Street, just a stone’s throw from the ground.

It’s the work of just one street artist, Humor, who’s spent the past four days spraying Klopp’s image onto the brickwork.

Alongside his trademark megawatt grin are the words ‘Y’know he said so’ from Reds fans version of The Beatles song I Feel Fine. 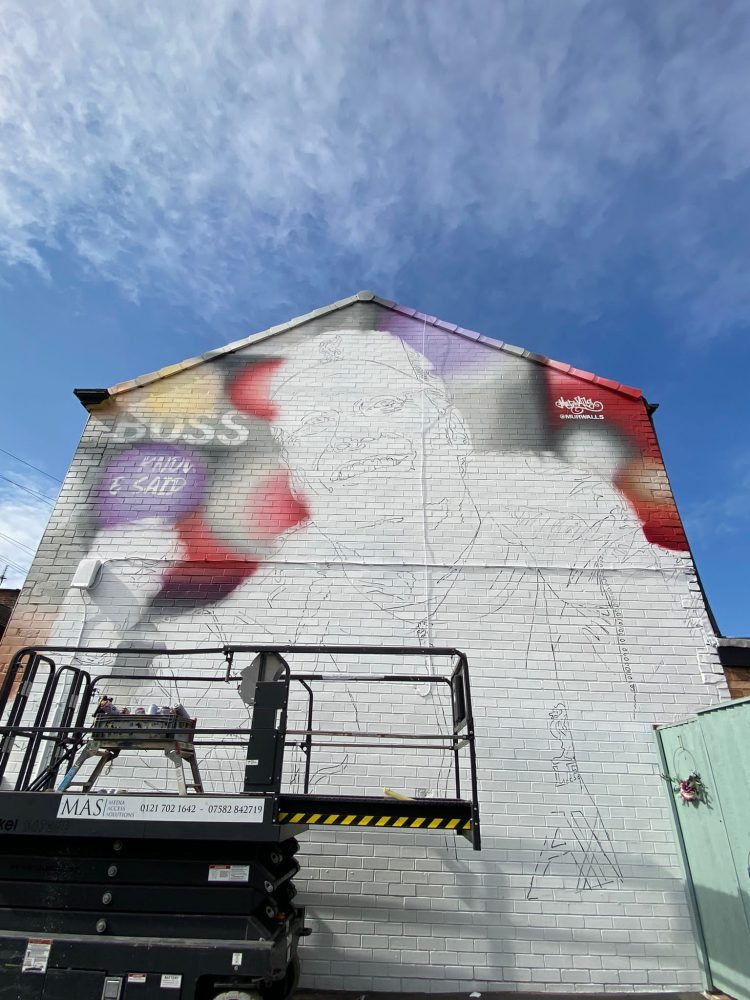 Marc Silver, CEO and founder of MurWalls, says he was keen to add the manager to other pieces they’ve done around the stadium.

He explains: “We are officially-licenced street artists with Liverpool Football Club so we’ve done loads of murals over the last two and a half years around Anfield and we’ve got great relationships with the club and players. 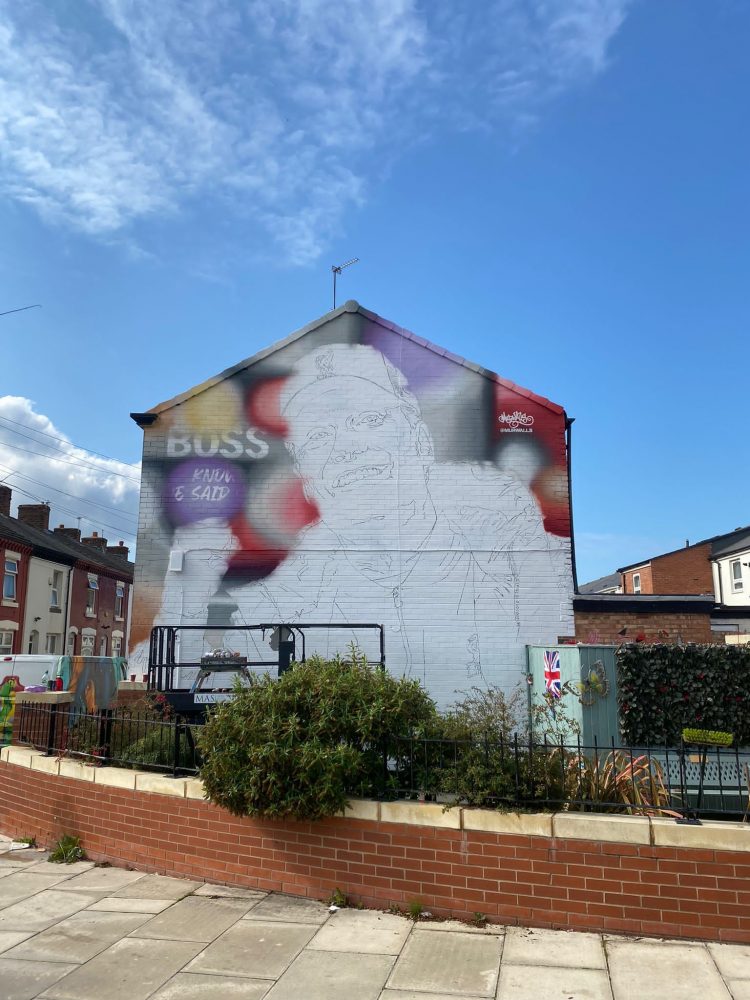 “We’ve recently done Steven Gerrard, Jamie Carragher and Ian Rush, and you’re never going to run out of legends to put on the walls, but we thought the contemporary heroes – the ones that people are celebrating right at this moment – are the ones everyone wants to see.

“Jurgen is obviously the instigator behind the success of the club in recent years but there’s not a mural of him in Anfield – there’s a really nice piece in the city centre, in the Baltic Triangle, but not near the ground. 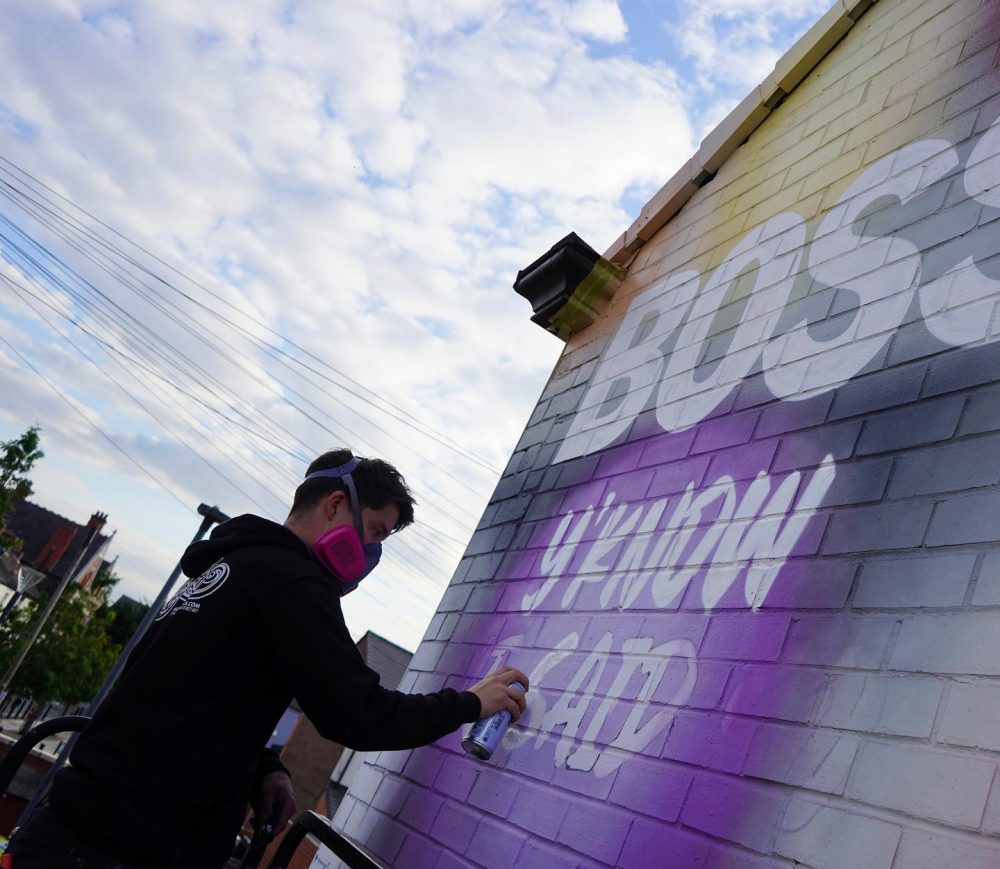 “We actually got gifted this wall because the lady who owns the property had seen the work we’ve been doing and really wanted one.

“We suggested to her that we wanted to do Klopp and she was very much up for it so then we needed to find a way to finance it. I went to BOSS Night because their team were watching us as we painted the Ian Rush mural and we got on really well so we asked if they wanted to do a collaboration. 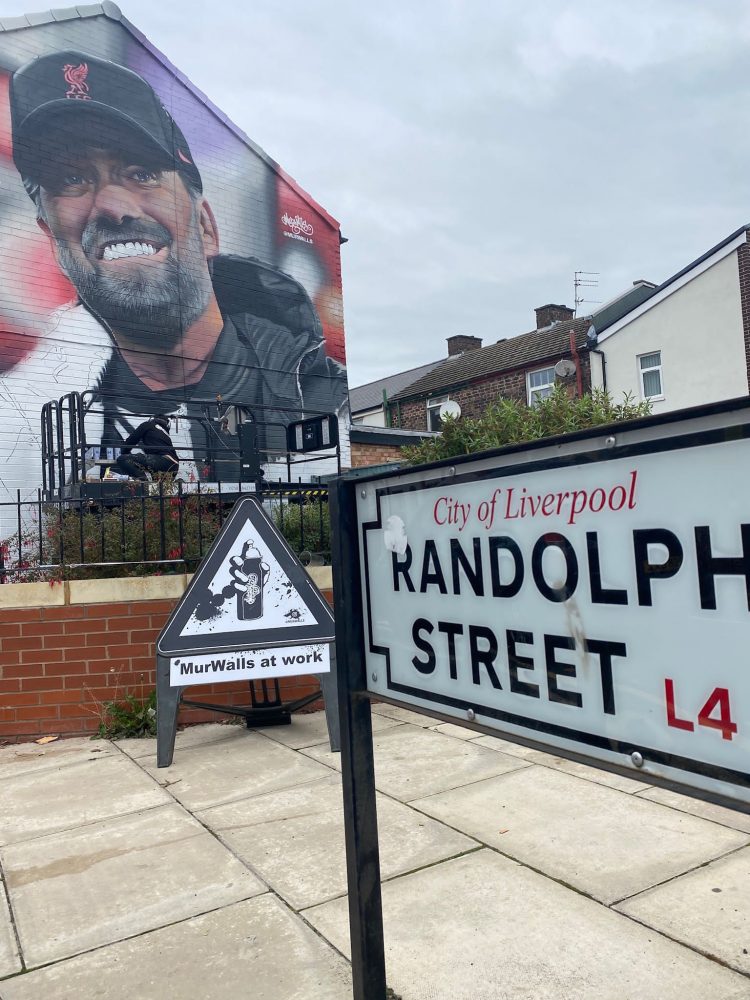 “They said yes so we’re doing this one together.”

Once the subject was agreed on, it was just a question of choosing an image and wording which is where the collaboration came in again.

“The lyrics were another reason I really wanted to do a Jurgen Klopp mural because I just love that song,” says Marc. “I wanted to use those words, and BOSS Night corrected me on my Scouse, how it should be presented! 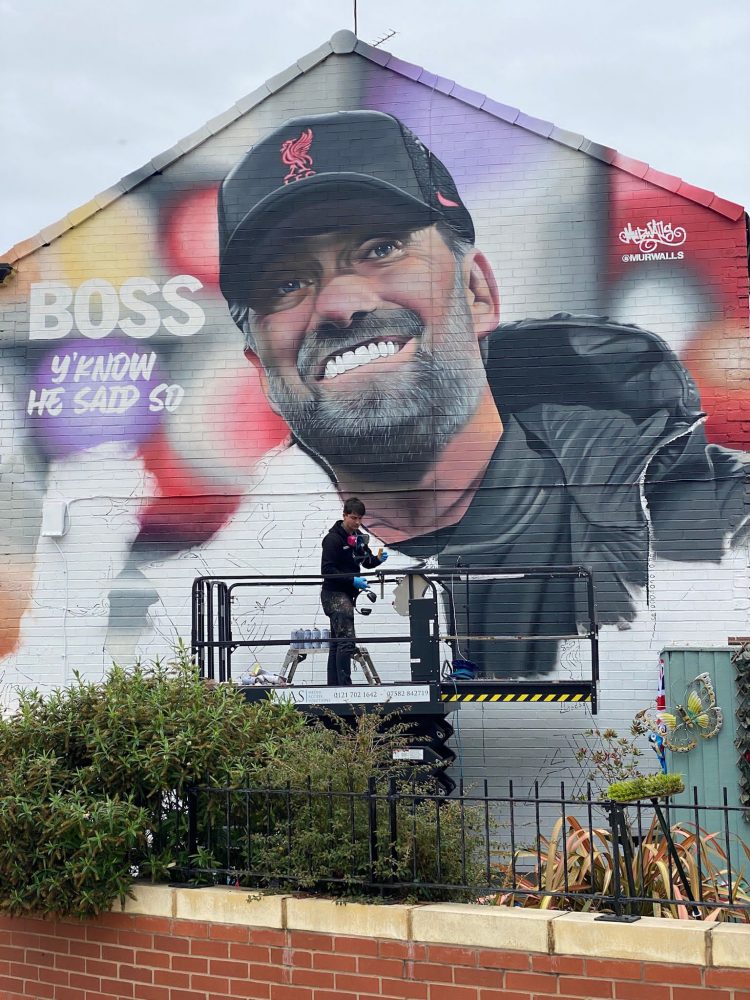 “I came up with a couple of different designs, played around with them and once we knew what the design was going to be then I knew which artist to bring in to work on the project.

“We’ve worked with nearly 30 different artists over the last few years, mainly UK-based and also globally, but we have a core team of five or six who are on 90% of the jobs.

“Normally we’d turned one around in 24 to 48 hours, but this has been one of our longest because it’s a completely full-colour piece. It’s also just one artist who’s working with us instead of a team so he started on Monday and it’s taken three to four days so far.” 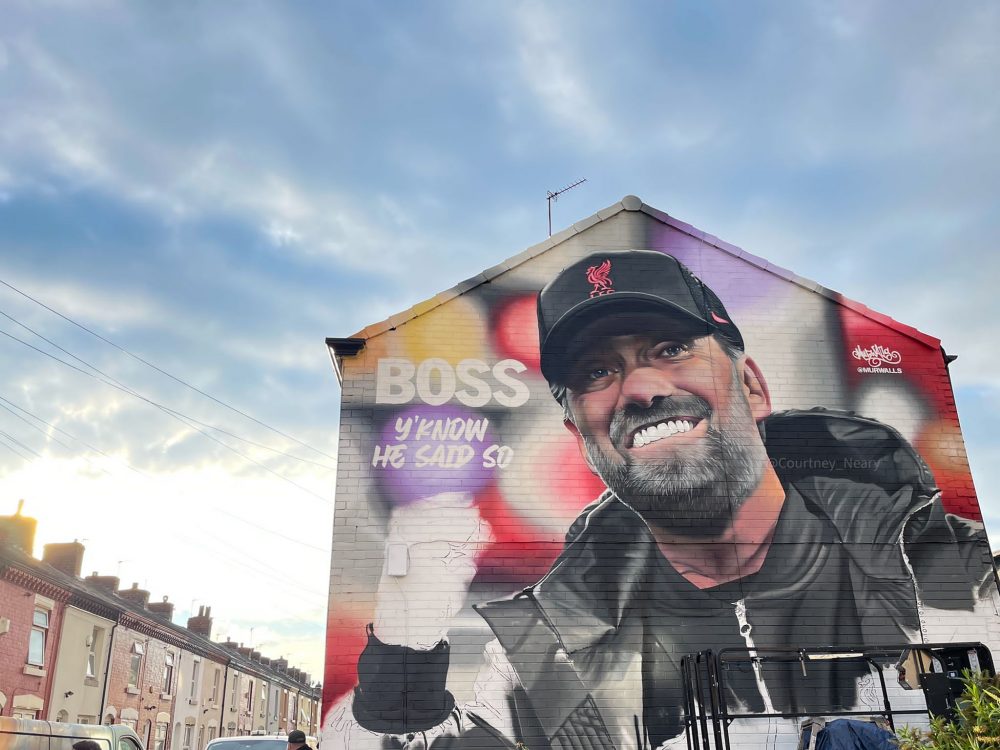 The finished artwork is due to be unveiled tonight, so how does the lady whose house it now adorns feel about the image now it’s covering her wall?

“I haven’t actually asked her but she just stands outside smiling so I don’t need to,” says Marc.

“She’s been watching the whole time, she’s really chuffed to pieces with the artwork and so are we.”