Knowsley Safari showcase plight of endangered animas in new Brick trail for summer - The Guide Liverpool
Contact Us Advertise with The Guide Our Video Services Follow us:

BRICKLIVE is returning to Knowsley Safari this summer with a collection of Endangered Species.

27 hand-built brick animals will take up residency throughout Knowsley Safari’s Foot Safari, showcasing a range of wild and wonderful species all striving for survival.

Opening on Saturday 9th July, there’s no extra charge for the Safari’s visitors to enjoy the life-sized models, including a 7ft tall Bengal tiger sculpture that’s sure to tower over most guests this summer!

Standing amongst the Foot Safari’s real giraffes, meerkats, Amur tigers and bush dogs, visitors will also be able to spot brick models such as an orangutan, a giant panda, an African lion, an emperor penguin and a Tasmanian devil.

MORE - WATCH: As Rach takes a look around the brand new Barry’s Bootcamp inside the luxury store, Flannels

Brick builders spent more than 5,064 hours creating the 27 models, which stacks up to 211 days and is about five-times as long as the six-week school summer holidays. Over 1.1million bricks were used during building, with 81,350 bricks alone used to construct the huge Bengal tiger.

Other large, eye-catching big brick cats include an African leopard made from 82,253 bricks and a panther built using 71,876 bricks.

Along with land animals, the Endangered Species collection also features sea creatures. Visitors will be able to look out for a blue fin tuna, a green sea turtle and a dolphin. 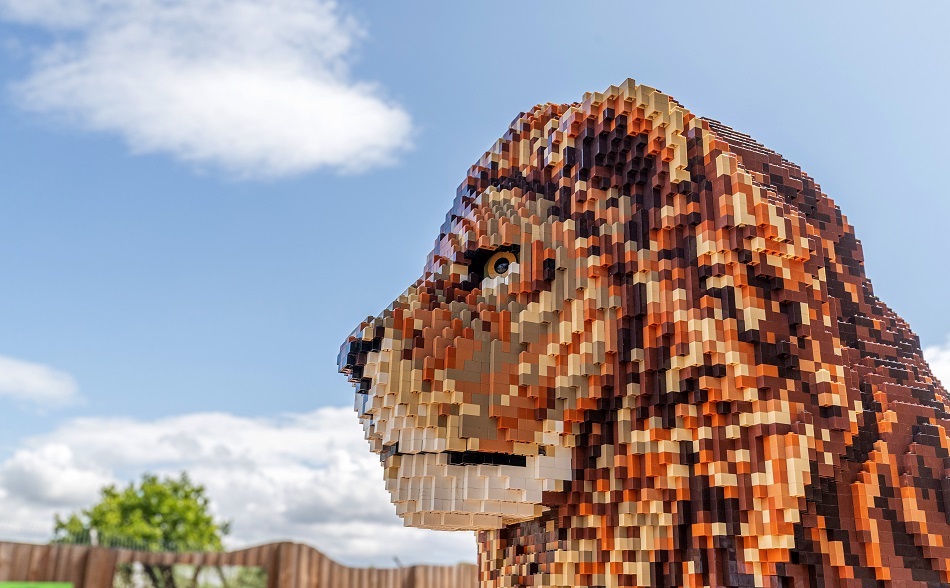 Lego Brick animals will be at Knowsley Safari throughout the summer.

“BRICKLIVE displays have been massively popular with Knowsley Safari visitors in recent years. They give guests something extra from their visit and perfectly combine enjoyment and excitement with a little bit of knowledge and learning. Children and adults learn interesting and fun facts about the real animals the bricks models are based on.

“The focus on Endangered Species fits well with the global and national conservation programmes that Knowsley Safari supports, as well as appealing to the curiosity of visitors. We’re seeing growing interest in sustainability and protecting the planet and activities such as the brick models allow visitors to more positively appreciate the progress being made to save endangered animals.”