Leading city charity says sad death of Olivia Newton-John highlights the need for us all to be cancer aware - The Guide Liverpool
Contact Us Advertise with The Guide Our Video Services Follow us:

It was after a 30-year-battle with breast cancer that Grease star Olivia Newton-John died peacefully at her Californian home on Monday.

And, as tributes pour in from around the world for the much-loved Grammy-award winning singer and actress, leading charity North West Cancer Research says her death serves as a reminder that we all need to be aware of the disease.

“The sad death of Olivia Newton-John highlights the importance of being aware of the signs and symptoms of breast cancer as well as regularly checking for changes to your breasts.

“The disease can affect both men and women but can be very treatable if caught early enough.”

She adds: “We would therefore urge everyone to attend a screening if they are called for one and visit your GP if you have any concerns.”

Olivia Newton-John was 73 when she passed away, after first being diagnosed with breast cancer in 1992.

While she had ambitions to become a vet, it was singing and acting for which she found fame, breaking through in 1971 when a Bob Dylan-penned track, If Not For You, from an album of the same name reached number seven in the UK charts.

Another track from the album, Banks of the Ohio, also charted, and its country sound marked her musical direction.

And yet it was for the 1978 film Grease, in which she played Sandy, that so many people remember her. The film was the box office hit of the year and gave Olivia Newton-John three singles, as well as a Golden Globe nomination for Best Actress.

Although she continued her musical career, she also spent much of her time as a campaigner for animal welfare and health issues.

And, after her cancer diagnosis, she supported a number of cancer charities and raised millions in the fight against it, setting up the Olivia Newton-John Foundation Fund.

She made a recovery following her initial diagnosis, but her cancer returned in 2017, having spread to her lower back.

North West Cancer Research says her death reminds us all to be more aware of the signs of breast cancer, and always vigilant.

Breast cancer can have many different symptoms, but the first noticeable one will likely be a lump or area of thickened breast tissue.

Most breast lumps are not cancerous, but it’s always best to have them checked by a doctor.

You should also see a GP if you notice any of these symptoms:

* discharge from either of your nipples, which may have blood in it

* a lump or swelling in either of your armpits

* dimpling on the skin

* a rash on or around your nipple

* a change in the appearance of your nipple, or it becoming sunken in to your breast

* breast pain is not usually a symptom of breast cancer

Cara Newton adds: “The exact causes of breast cancer are not fully understood, so it is hard to say why one woman – or man – may develop breast cancer and one not. However, there are certain factors known to increase the risk of developing breast cancer. 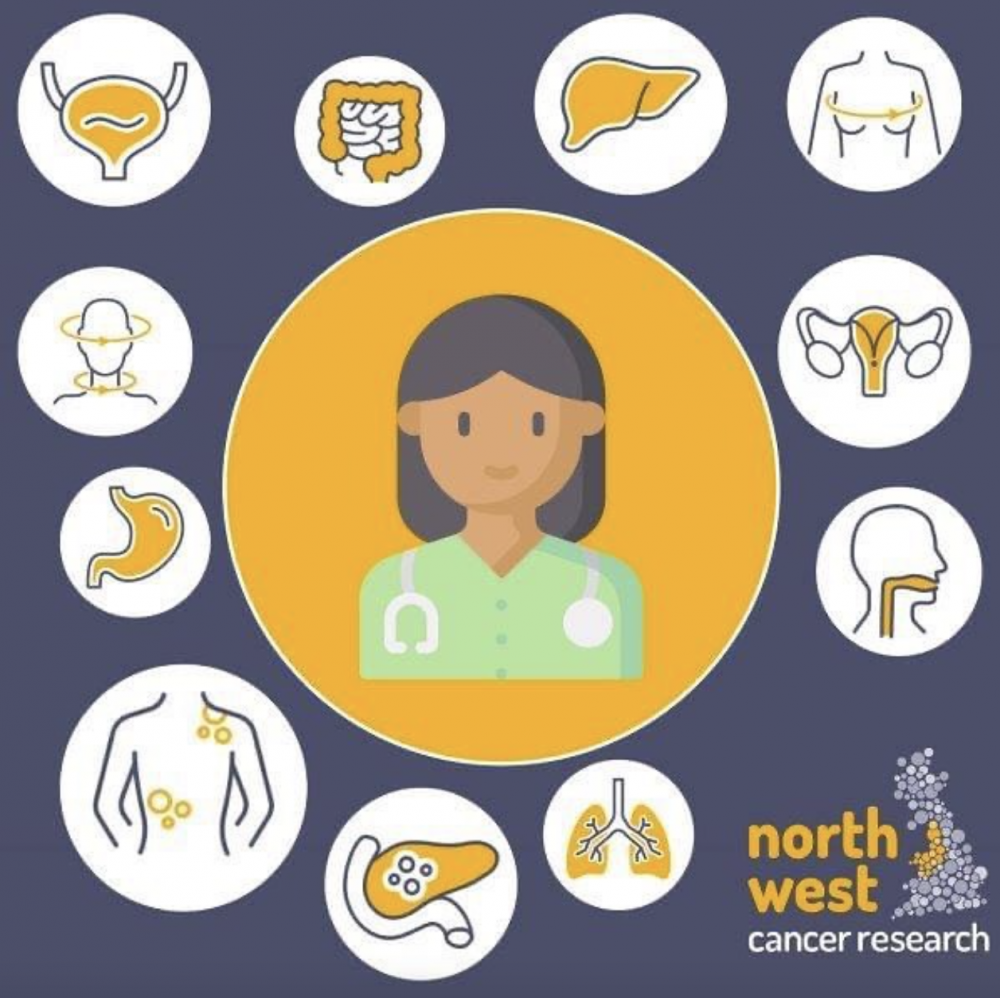 “Risk increases with age, as well as if there is a family history of breast cancer. A previous diagnosis of breast cancer or non-cancerous (benign) breast lump can lead to a future diagnosis.”

Being tall, overweight, or obese, can be contributing factors to breast cancer, and drinking alcohol increases risk.