LFC Champions League Final will be shown at three separate spaces across M&S Bank Arena - The Guide Liverpool
Contact Us Advertise with The Guide Our Video Services Follow us: 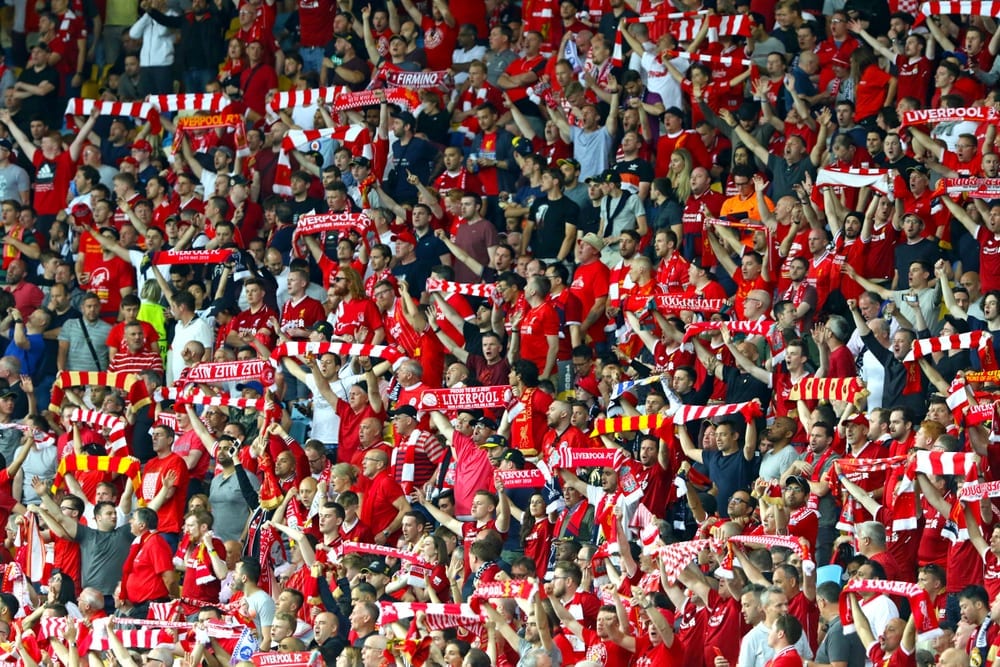 Details announced have been announced for the reds Madrid final screening in Liverpool.

Fans are invited to catch all the action of the Reds UEFA Champions League Final on the giant screen at Space by M&S Bank Arena, The Auditorium Liverpool and the convention centre.

The screening, which is in association with BT Sport, the exclusive live broadcaster of the competition in the UK, will take place on Saturday 1st June.

Due to important operational preparations for concerts being held in June, Anfield is unavailable for this screening.

The Auditorium Liverpool, Space by M&S Bank Arena and the convention centre – all part of Liverpool event campus – are expected to hold around 11,500 supporters across three separate spaces.

Supporters are advised that children under 14 will only be allowed in the Auditorium space.

Supporters who were unsuccessful in the ballot for Champions League Final tickets will have the opportunity to purchase tickets for the screening in a pre-sale from Tuesday 21st at 10am to Thursday 23rd at 9am.  Tickets will be limited to one per transaction. Supporters must have their customer number.

Tickets for the screening will go on general sale on Thursday 23rd May at 12noon on www.mandsbankarena.com/lfc2019 and will be limited to four per transaction.