River of Light Trail: Everything you need to know - The Guide Liverpool
Contact Us Advertise with The Guide Our Video Services Follow us:

River of Light Trail: Everything you need to know

Liverpool’s waterfront is going to be turned into a giant outdoor illuminated art gallery with a stunning River of Light Trail – a year to the day since lockdown began.

A series of spectacular audio and visual installations along the Mersey will feature the work of local, national and international artists in another major outdoor culture coup for the city.

Among them will be a Light a Wish artwork, made up of 20 illuminated, two-metre-high dandelions floating over the canal on the Pier Head.  Symbolising the hopes and dreams of Liverpool and everyone who lives here, The Guide Liverpool will partner with organisers to ask people to share their wishes for the future as we all recover from the impact of the past 12 months.

Keep your eye out for a dedicated Light A Wish page here on The Guide Liverpool where you can submit your wishes for the city, we’ll also be encouraging you to use the hashtag #LiverpoolLightAWish on social media.

The trail will also include a huge nine-metre-high LED rainbow, which will be shown for the first time outside America.

The event has been carefully planned for more than six months to make sure it’s not just visually amazing but safe for everyone to see too.

With only a couple of weeks to go before it launches, here’s everything you need to know about the River of Light Trail …

MORE - 10 things you might not know about Liverpool’s hidden war bunker, Western Approaches

When is it happening?

The trail will be on for 14 nights from Tuesday March 23 to Monday 5 April. Artworks can be viewed from 6pm-10.30pm each evening.

Where will it be?

There will be 11 installations in all, set along a 2k walking loop along or near to the river. 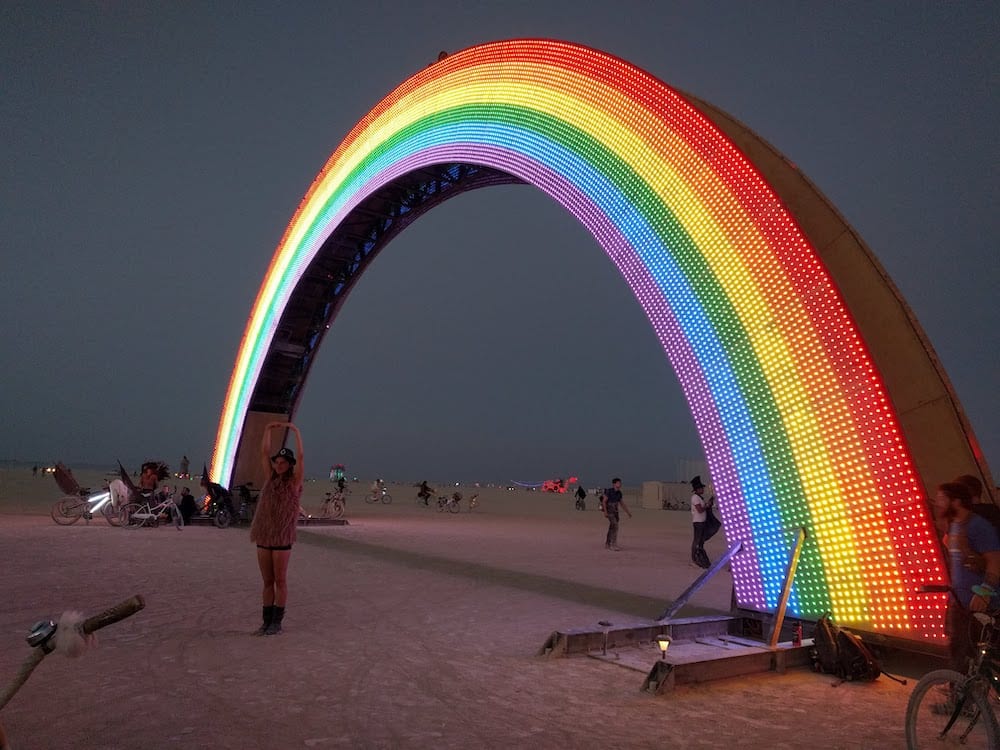 So far, four have been announced. In addition to the Light a Wish floating dandelions on the canal at the Pier Head, there will be:

Rainbow Bridge – a 30.5-metre-long, 9-metre-high rainbow made up of more than 25,000 programmable LEDs which will show changing visuals and messages. Presented in partnership with National Museums Liverpool, it will be located in Canning Dock Quayside.

All in the Balance – an illuminated kinetic artwork of a gigantic butterfly mobile surrounded by wild grasses and flowers, celebrating nature and the arrival of spring.  Emerging from the waters of Salthouse Quay at the Royal Albert Dock, it’s been created by Liverpool’s The Lantern Company.

Neighborhood – a washing line, hanging across Castle Street with illuminated laundry. The clothing represents communities from across the city and celebrates people of different backgrounds living together harmoniously. Open Eye Gallery will run a photography project alongside this using responses to the artwork in an online exhibition.

What about Covid restrictions? 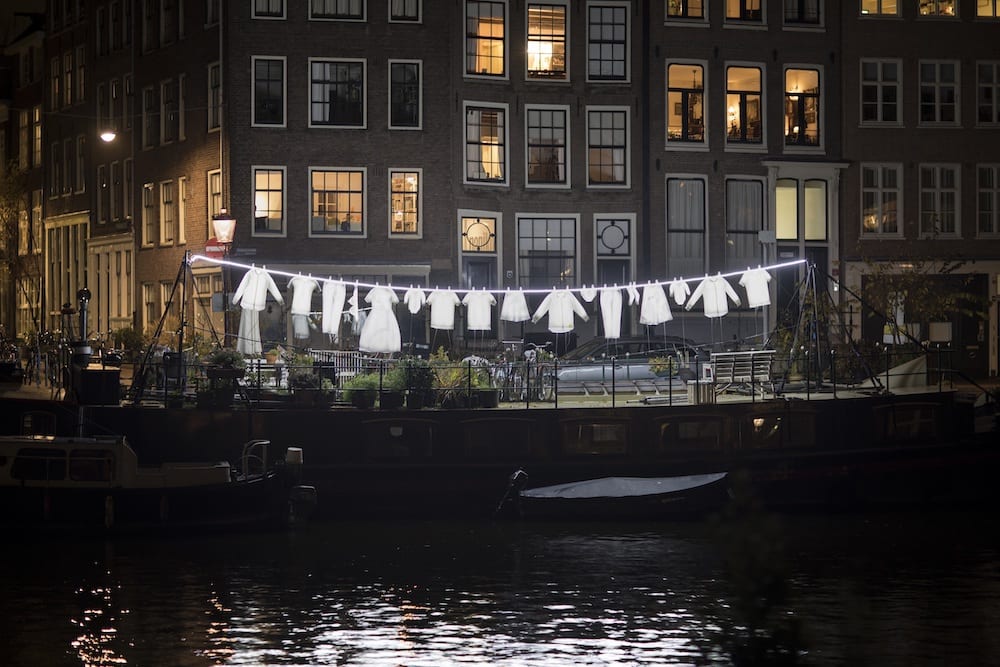 Safety has been a high priority for organisers of the River of Light Trail, so it’s been designed with that in mind – the spacing out of artworks along the 2k trail means social distancing rules can still be kept to.

The Government’s meeting up rules apply – so from March 23 to 28 it’s just one household or with one person from another household, but then from March 29 the rule of six or two households mixing outdoors comes in.

Everyone visiting the trail is encouraged to wear a face covering and there will be hand sanitising stations en route, although people are asked to bring their own too.

Who is putting the River of Light Trail on? 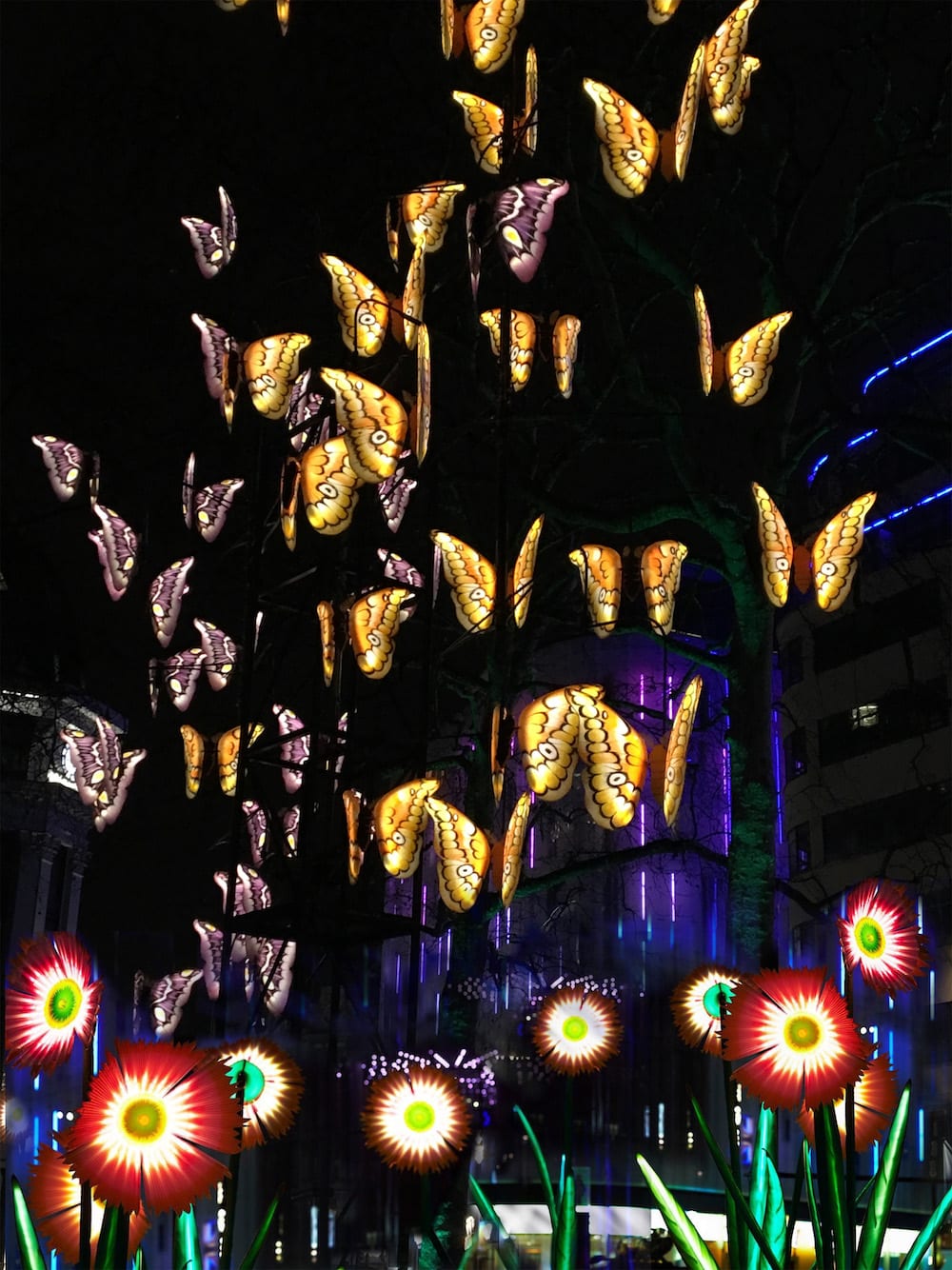 All in the balance

Liverpool’s Acting Mayor, Councillor Wendy Simon, said: “There is a real focus on looking ahead to brighter times, and for the River of Light Trail to safely launch a year to the day lockdown in England began is a real statement that we want Liverpool residents to start to slowly and safely discover the city once again.

“The driving force is to bring joy and light to residents in what has been a dark year for all of us. This outdoor art gallery will be fun, engaging, ambitious and thought-provoking and will hopefully give visitors a sense of normality in a year that has been anything but normal.

“We are known the world over for the pedigree of our outdoor culture – and by staging this collection we hope to send out the message that despite the challenges of Covid-19, we are far from beaten, and will come back stronger and brighter.”

Details of the artworks can be found online at www.visitliverpool.com/riveroflight