Look at the Brian Epstein statue that is planned for Liverpool - The Guide Liverpool
Contact Us Advertise with The Guide Our Video Services Follow us:

Look at the Brian Epstein statue that is planned for Liverpool

The contribution of legendary Beatles manager Brian Epstein to both the music industry and the city’s culture is to be celebrated in Liverpool, as the statue proposed for the city moves a step closer.

It has now reached its crowdfunding target and is being submitted for planning application.

The statue would be the first of a LGBTQ+ figure in Liverpool city centre.

Epstein, who would have been 85, became manager of The Beatles in 1961, after seeing them play in the Cavern Club. The venue was just a short walk from the NEMS Record Store, which Epstein managed, and which played a vital role in the city’s music history, along with that of The Beatles.

It is proposed that the statue should stand at that site, on the corner with Whitechapel, charting a place that would change the fortunes of both the Fab Four and the music guru. His five-year deal with the band saw them become more professional and guided them not simply to the top of the music charts but into cultural history.

Born in Liverpool in 1934 to Jewish parents, Epstein also played a key role in the city’s wider music scene, nurturing talent including artists Gerry and the Pacemakers, Cilla Black, Billy J Kramer and the Dakotas, The Moody Blues and The Chants. His work as a promoter was vital to the development of Merseybeat and Liverpool’s cultural reputation in the mid-60s. His commitment to the city, its music and culture has created a powerful legacy still felt today. His death in 1967 was seen as the beginning of the end for The Beatles, who would officially split up in 1970. 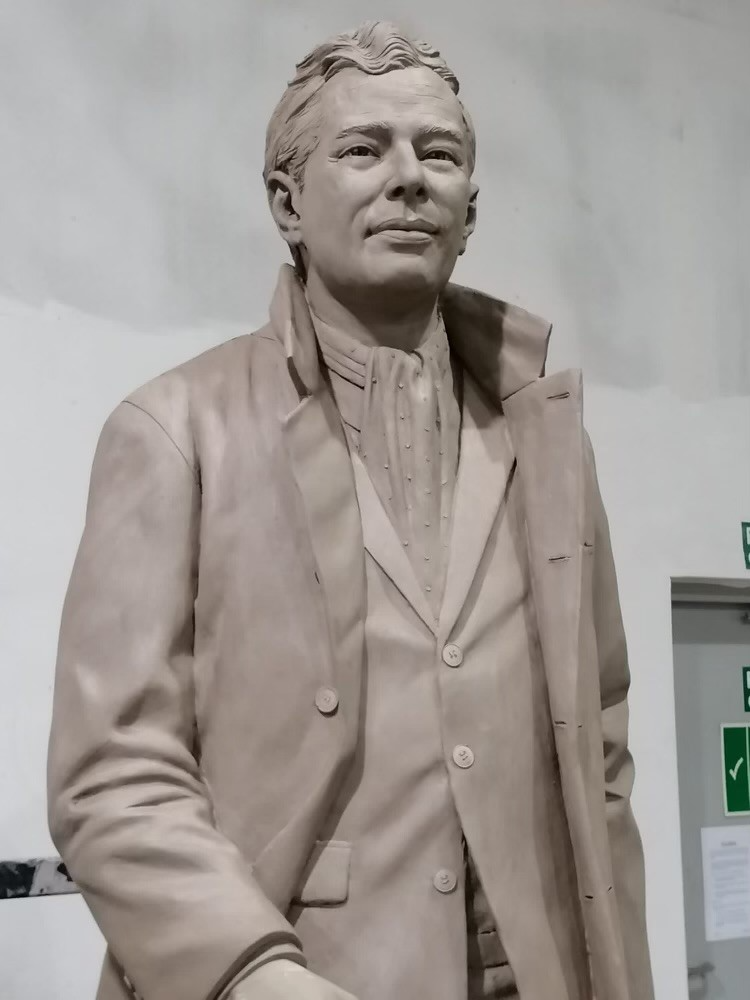 Although his sexuality was not publicly known until after his death, it was well known amongst his friends and business associates. As a gay man living at time when homosexuality was illegal, Epstein faced many personal challenges. This is the first statue of an LGBTQ+ figure in Liverpool city centre. Epstein was only 32 when he died and did not live to see the changes that could have impacted on his freedom to publicly express his sexuality (laws were changed a month after his death). An unsung LGBTQ+ icon, Epstein’s statue raises the importance of visibility and representation.

The Epstein statue has been created by sculptor Andy Edwards, also responsible for The Fab Four statue of John, Paul, George and Ringo at Liverpool’s Pier Head. He also sculpted Bob Marley on Jamaica Street, and co-sculpted the statue of Cilla Black in Mathew Street. The Epstein Statue will measure 1.94m and be cast from bronze by Castle Foundry of Liverpool.

The statue campaign has been led for the last 5 years by the Brian Epstein Legacy Project. It has been made possible after a successful public Crowdfunding campaign and funding from Bill Heckle at The Cavern as well as from the Liverpool BID Company.

The Brian Epstein Legacy Project committee includes cultural campaigner and activist Tom Calderbank; Beatles fan Marie Darwin who was part of a group who campaigned for a plaque to be placed on the birthplace of Brian Epstein; Beatles historians, researchers and authors Kevin and Julie Roach, and son Robert; Larry Sidorczuk who was the personal assistant to the late Joe Flannery, Brian Epstein’s original business partner and bookings manager; and Bill Elms, a producer of the smash hit play Epstein: The Man Who Made The Beatles, which was staged in Liverpool and London’s West End. They have also formed a Stateside partnership with the Iowa Rock ‘n’ Roll Music Association Hall of Fame & Museum – helping to champion plans on the global stage. 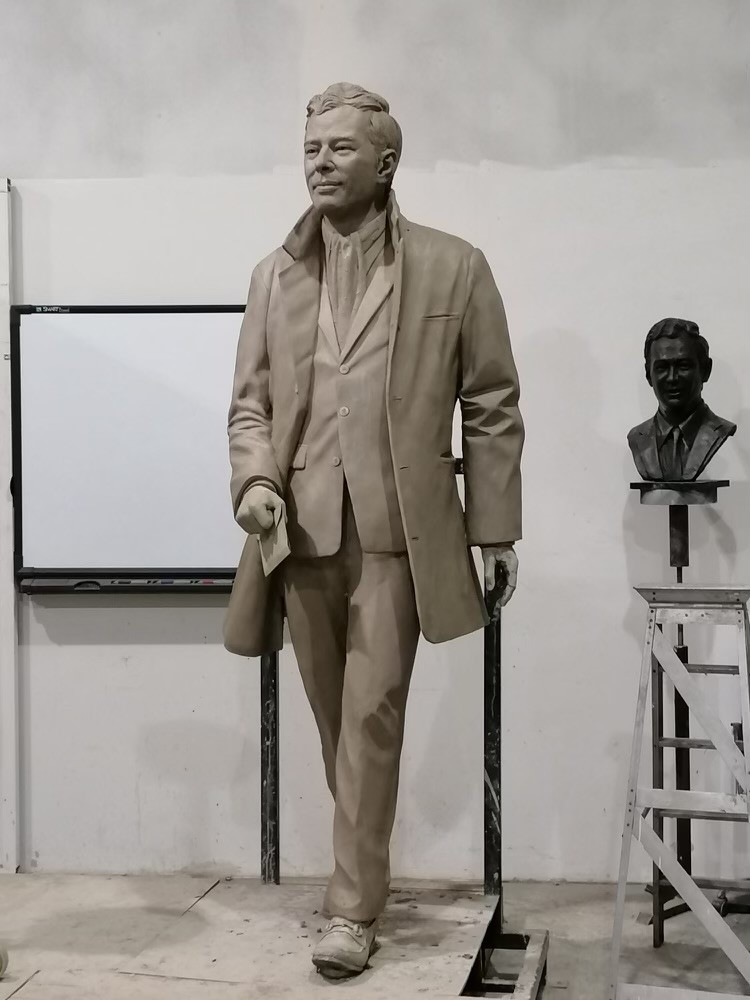 Tom Calderbank, who is leading the project, says:

“I’m absolutely delighted our campaign has paid off. This is a tribute to the hard work, enthusiasm and tenacity of our committee who have spent five years working towards this goal. We were further boosted by strategic and developmental support from our partner Ralph Kluseman from the Iowa Rock and Roll Music Association.

“The Epstein family have supported us from the start, and I’m made up we’re able to repay that faith by confirming that Brian will finally be justly honoured in his hometown with a wonderful statue by renowned sculptor Andy Edwards. This will be another world-class addition to Liverpool’s Beatle statue trail and overall cultural offer. 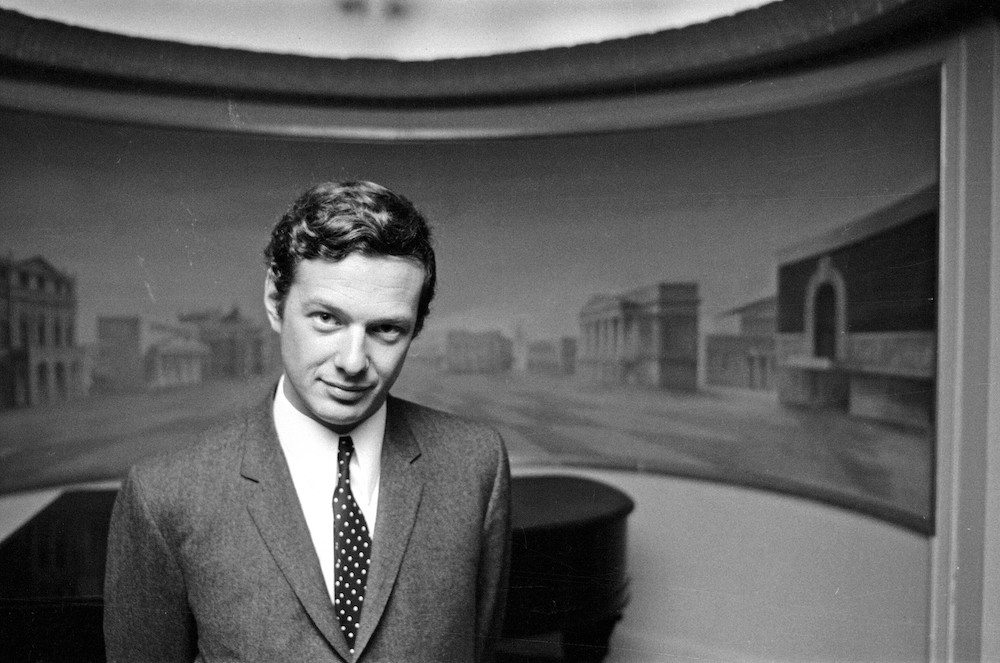 “And we’re not stopping here. We’ll continue our fundraising efforts to secure a wider legacy by working towards the creation of a musical instrument library for underprivileged youngsters in the city, and other educational opportunities. We have other great ideas, so keep watching out for us.

“More than 50 years after his death, Brian’s impact on the world is still being felt in so many ways. We’re honoured and humbled to have played a small part in recognising that.”

“Liverpool is a city of performers and creative talent, but its cultural sector is also driven by people like Brian Epstein who see talent and champion it, who support our artists, who promote them and advocate for them. You would never have The Beatles if it wasn’t for Brian Epstein and this statue is not simply to immortalise him, but also those countless thousands who make being an artist possible in this country”

The Cavern Quarter is one of the oldest commercial districts in Liverpool city centre. Once home to an iron foundry, brewery and mills, it became home to the fruit and produce markets selling goods as they came from the nearby docks. Its cultural history, via the Cavern and Eric’s is well known, but it is also the site of the famous ‘Pool of Life’ as described by Carl Jung. A Strategic Regeneration Framework (SRF) is exploring how the area can be enhanced through public art and wayfaring. 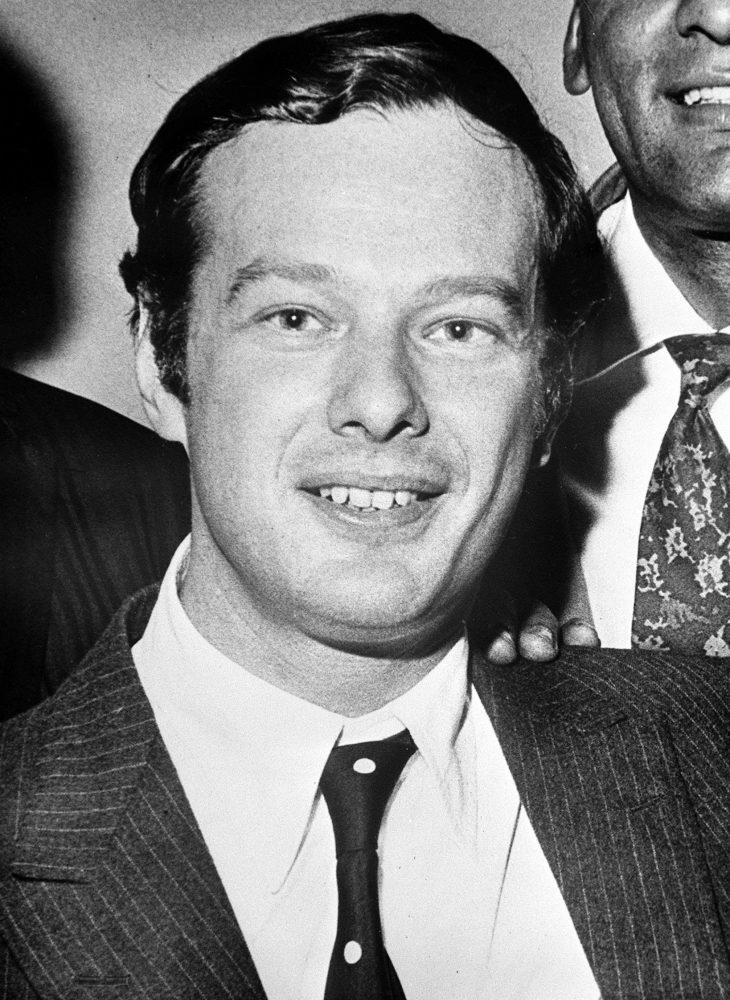 “The world would have been a very different place if Brian Epstein hadn’t made the short walk from his family’s NEMS store to the noisy cramped cellar that was The Cavern on the 9thNovember 1961.

Not only did Brian play an absolutely vital role in the worldwide success of The Beatles he also changed music management for ever. Brian is such an important figure in Liverpool history that it is fitting that his significance is now set to be recognised through the proposal for this stunning statue.”

Sculptor Andy Edwards says he is “elated” the fundraising target has been met to make the casting and siting of the statue here in Liverpool a reality.

“The design, if I’m not spoiling the surprise, is intended to be in the same style as our Beatles statues and relates to them not only in the walking pose, but it maps the short journey Brian would take to The Cavern from his NEMS office, or maybe to meet his boys on the waterfront.

“He could also of course be off to see Gerry, Billy, Tommy, Michael or Cilla.
“He is such a connective part of musical and cultural history, and he will always be remembered as a very proud part of our identity as the most creatively original, beautifully diverse and warmly caring place you can visit.”