Look at the new critically endangered orangutan born at Chester Zoo - The Guide Liverpool
Contact Us Advertise with The Guide Our Video Services Follow us:

Chester Zoo has welcomed yet another new arrival and iscelebrating the birth of a critically endangered Bornean orangutan.

The new baby took keepers by surprise as mum Leia had been given a pregnancy test just months before, which came back negative. Orangutans are typically pregnant for 259 days (eight and a half months).

Keepers say the new arrival is ‘bright and alert’ and is suckling well from mum, who is incredibly protective of her new baby.

Bornean orangutans are listed by the International Union for the Conservation of Nature (IUCN) as critically endangered in the wild. 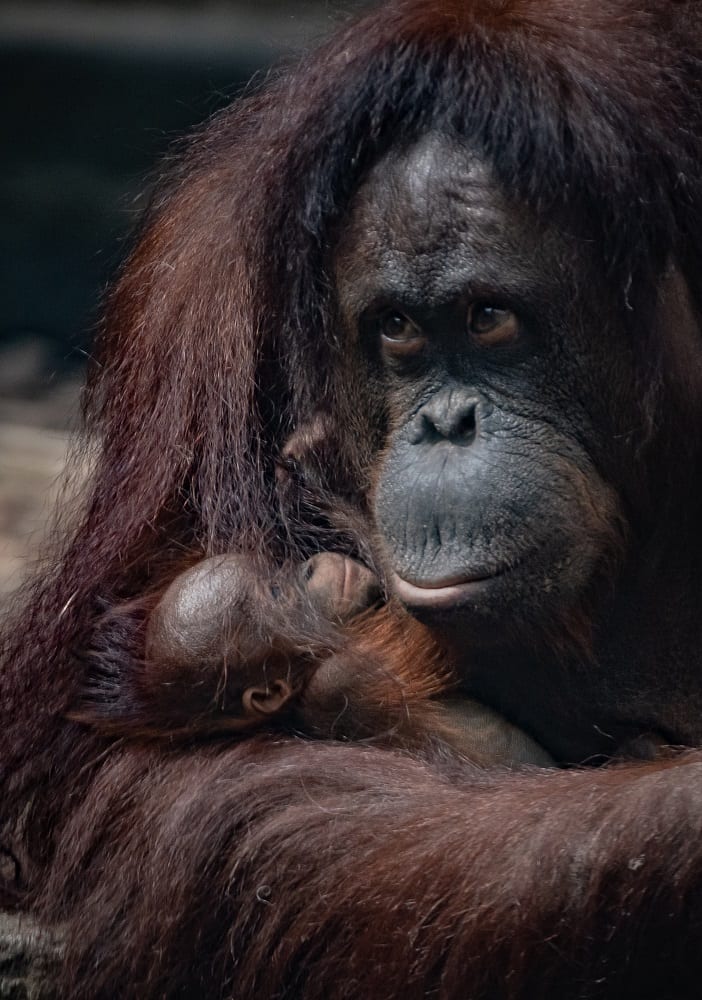 Threatened by illegal hunting, habitat destruction and the conversion of their forest to palm oil plantations, the species has been pushed to the very brink of existence. Recent estimates suggest as few as 55,000 Bornean orangutans may remain on the island of Borneo in Indonesia – the only place they can be found in the wild. With this huge decline in the population, the group of orangutans at Chester Zoo are part of a vital international breeding programme which is working to conserve the species.

Chris Yarwood, a primate keeper at the zoo, said:

“The pregnancy tests we had carried out on Leia in the months prior to the birth had actually returned negative results. It was therefore a wonderful surprise to arrive one morning to see her protectively cradling a beautiful new arrival.

“Leia enjoys spending lots of time alone with her baby and has so far been quite shy about showing it off. She always keeps it really close to her and so we’ve not yet been able to clearly determine what the gender of the infant is. What we are sure of though is that the baby is bright, alert and suckling well from mum and has developed well over the last couple of months. This is Leia’s second baby – she’s a great mum and is doing a fab job once again. 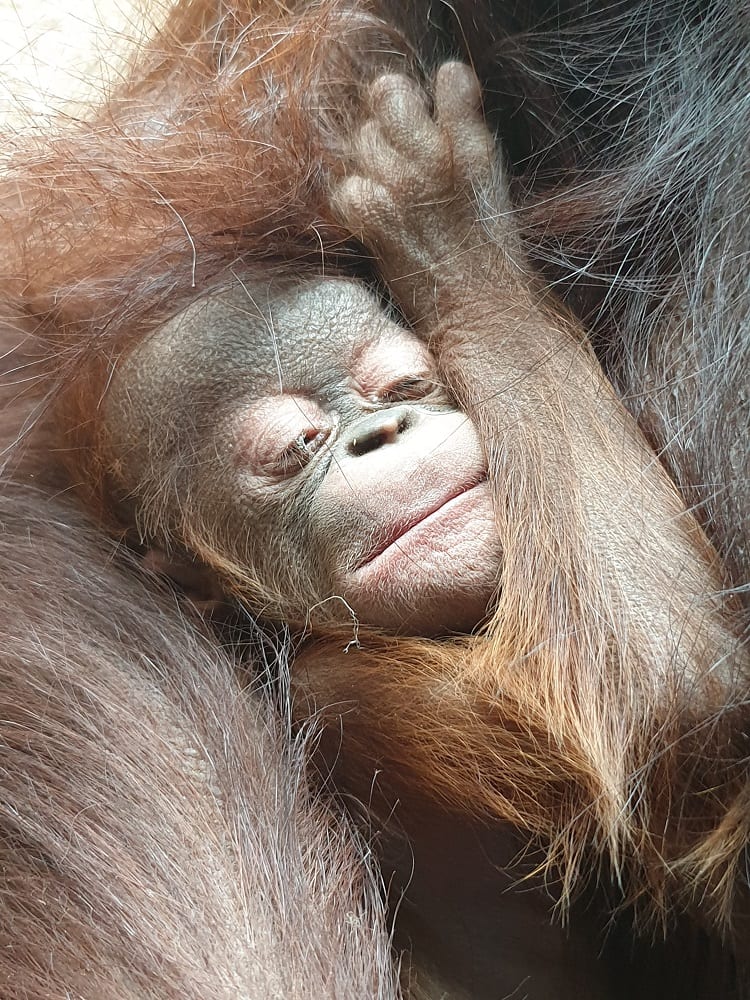 “Chester is one of the few zoos in Europe that cares for both Bornean and Sumatran orangutans. These are critically endangered animals and, importantly, we’ve seen babies from both sub-species born in recent times. It just goes to show that, despite all of the uncertainty in the world right now, life is carrying on as normal for the orangutans, which is really uplifting to see.”

“Bornean orangutans are the largest arboreal mammals in the world and how fast their numbers are plummeting is frightening. They are victims of illegal hunting and habitat loss and are highly threatened by the unsustainable oil palm industry, which is having a devastating effect on the forests where they live. 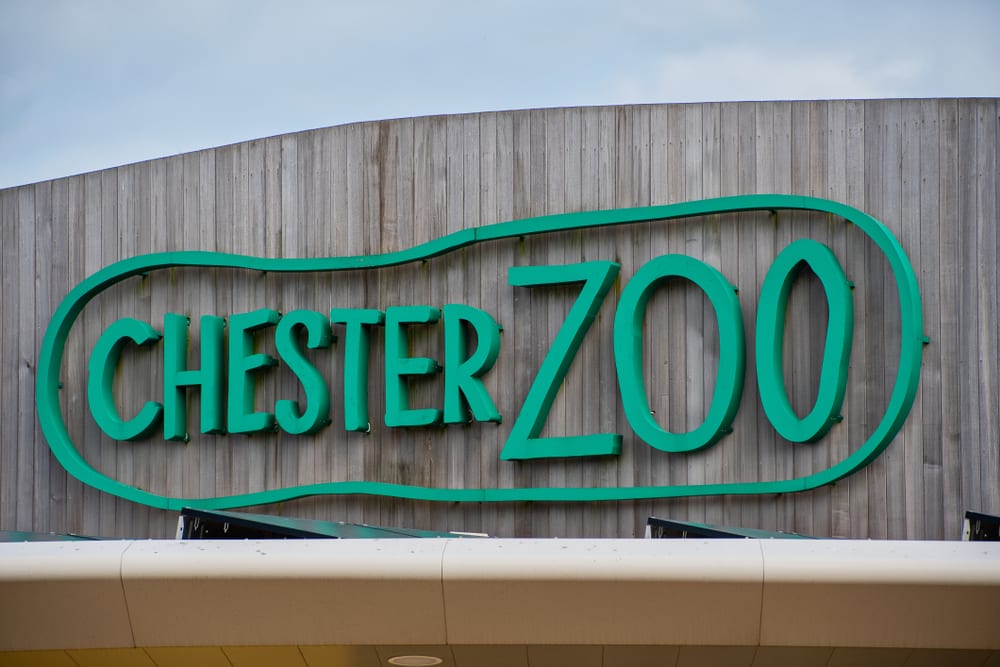 “These magnificent animals are being pushed to the very edge of existence and it really could be the case that we soon lose them forever. It’s absolutely vital therefore that there’s a sustainable population of Bornean orangutans in the world’s progressive zoos – every addition to the European endangered species breeding programme is so, so important.”

Chester Zoo is working with conservation partners HUTAN in a bid to protect wild orangutans in Borneo. Conservationists have been carrying out research in the Kinabatangan – home to one of the largest populations of orangutans in the Sabah region of the island – to gain a better understanding of how orangutans are adapting to an increase in oil palm plantations and the new landscapes which they have created.

A team of zoo experts has also helped to create special ‘orangutan bridges’ – designed to connect pockets of fragmented forest and enable orangutans to safely travel between different areas. Elsewhere, the zoo is working on environmental education programmes, which teach communities surrounding the forests about how they can help save the species and has also supported local NGO, the Borneo Nature Foundation, in tackling forest fires to help protect the Bornean orangutans’ habitat. 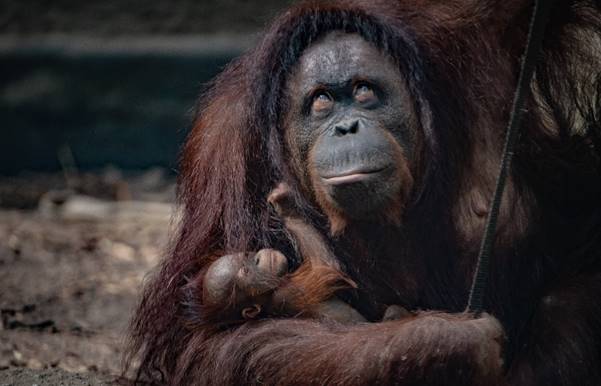 “There’s still a huge need to tackle the excessive deforestation in Borneo and show people everywhere that they can make a difference to the long-term survival of orangutans. We really hope that Leia’s new baby helps to further highlight how simple everyday choices, like choosing products which contain only sustainably sourced palm oil, can have a massive impact on the future of these remarkable animals.”

Here in the UK, Chester Zoo is campaigning against the use of unsustainable palm oil in everyday household and food items, working with national governmental organisations and industries using palm oil to adopt Roundtable for Sustainable Palm Oil (RSPO) practices and raise awareness of the devastating effects unsustainable palm oil has on wildlife.

Visit www.actforwildlife.org.uk/orangutans to join the fight for orangutans.